The idea behind INKspire actually started back when me and Ellier (I’ve always been confused with the correct way of saying this… hence not a writer!) were hanging out at a bus stop… waiting for the super duper slow buses in Hamilton. It all started as a very rough idea of creating something that would entice youth to become more engaged in current affairs. Like always… I was probably (most likely) complaining to Ellier… about everything in life… and a bulb lit up — which came to be INKspire!

We started with both of us just bouncing ideas off each other — looking at different websites and blogs for inspiration, and of course from our own experiences as well. This was gonna be our last summer and we wanted to make it count so we decided to just go for it. So the first step was to look at the competition… which companies or organizations were similar to the idea we had… and how can we differentiate from these people.

Then the next step — which was probably the most boring but the most crucial step in creating INKspire was the business plan. It does sound super interesting but it’s actually not… we spent a good 2–3 months writing the business plan starting from our vision and mission to researching competitions and finally creating a strategy to market INKspire across Canada. TBH… it’s exactly been a year since we started working on that business plan… and it’s still in draft (no shame whatsoever in admitting that!).

We weren’t thinking big when we started this initiative… it was supposed to be an easy project that we can launch by the end of our summer break. But — as you guys all know… this was not the case! The plan was to make a simple blog by using a really cool wordpress template where people can email us with their submissions and then we publish that on our website.

That was the plan until we hit the jackpot… and managed to recruit someone super amazing at her job — who happens to be my sister, Joanna. It did take quite a bit of time to “plant the seed” but it was definitely worth it! This was when INKspire took a 90-degree turn from being a simple blog to what it is today.

Since our official launch in March — we have managed to raise a successful Kickstarter campaign as well as earn the support of community partners such as ACCESS, CAMH’s National Youth Advisory Committee, Operation Groundswell, Toronto Public Health’s Youth Health Action Network and tons more! We have grown from a really small team of three co-founders to a group of 24 youth who are all trying to make an impact to inspire other youth across Canada. 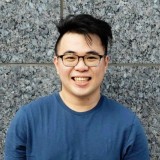