This year on Canada Day, the Indigenous rights movement Idle no More had an online counter-celebration to honour all of the lives lost to the Canadian state. This included raising awareness about thousands of missing and murdered Indigenous women, victims of RCMP police brutality and the disproportionate number of Indigenous children in foster care. Many non-Indigenous Canadians used the day to educate themselves about Canada’s history and about the ongoing discrimination that First Nations peoples face, and #CancelCanadaDay started trending on social media.

One action that some Canadians took was to learn about the Indian Act, one of Canada’s most controversial pieces of legislation. The Indian Act represents a misguided approach to Canadian policy-making in the last 150 years that sought to eliminate Indigenous cultures. It is integral to understand it to make sense of Canada’s systemic racism, and the complicated relationship between the government and Indigenous peoples.

What is the Indian Act?

The Indian Act was introduced in 1876 to centralize control over all matters related to First Nations peoples in one act. Under the act, Indigenous peoples were viewed as children or “wards of the state.” The author, Bob Joseph, from the Gwawaenuk Nation, explains that this “paternalistic attitude gave way to increasingly punitive rules, prohibitions and regulations that dehumanized Indians.”

In 2015, Joseph wrote a blog post called 21 Things You May Not Have Known About The Indian Act which he later expanded to a best-selling book by the same name, which is a great resource for Canadians who want to learn more about this topic. It goes into detail about how the Indian Act was responsible for the creation of residential schools, which Indigenous children were forced to attend and where thousands lost their lives. The Indian Act also made traditional ceremonies like the potlatch and sundance illegal. It forbade First Nations from forming political organizations. And it created reserves, which no one was allowed to leave without permission from an authority known as the “Indian Agent.”

Though the Indian Act is still in effect today, it was amended several times and redrafted in 1951. The Department of Indian Affairs, which was given the power to enforce the Indian Act, still exists today as the Department of Indigenous and Northern Affairs. One of the main issues with the Indian Act today is that the government still has the power to decide who should be considered a “status Indian” rather than giving the authority to individual tribes and nations to decide on the matter. 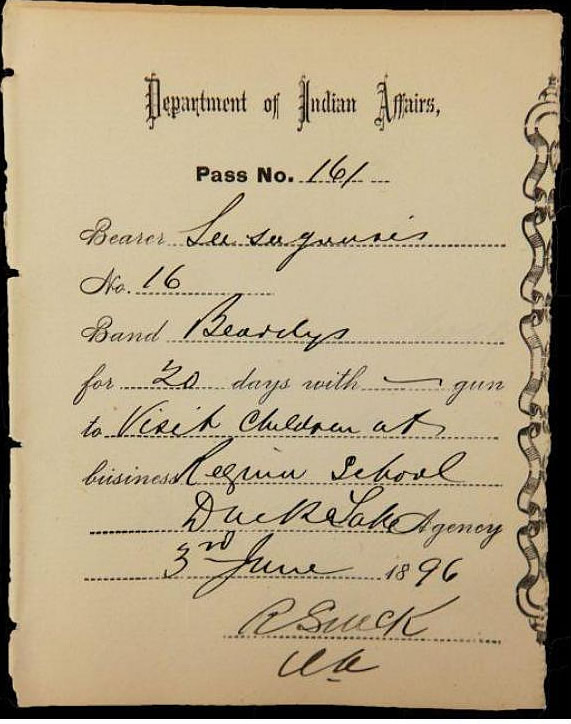 Indigenous Peoples could not leave their reserves without a permission slip like this one. (Image Source: Circles for Reconciliation)

Who Counts as “Indian” under the Indian Act?

Some may notice that terms like “Indian Act” and “status Indian” carry an archaic flavour, as the term “Indian” is considered inappropriate in most contexts now. Using the terms “Indigenous” or “First Nations” is much more common. The Métis writer, Chelsea Vowel, clarifies that “Indian” is a legislative term and should ideally only be used in the context of discussing Canadian law.

In a blog post entitled “Got Status?,” Vowel explains why the issue of status is one of the most controversial parts of the whole act. Having status offers some benefits, as individuals with status do not have to pay taxes on property located on reserves. Everyone who has status has their name on the Indian roll which is overseen by the Department of Indigenous and Northern Affairs. In the past, one could lose their status if one became a priest, joined the army or earned a university degree. Status women would lose their status if they married a non-status man. In 1985, Bill C-31 was passed as an amendment to the Indian Act in order to address this gender discrimination.

It is important to remember that status is not the same thing as membership in a tribe or nation, as it is up to Indigenous communities to recognize individuals as one of them. However, for the Canadian government, if a status Indian marries a non-status person (who may still be Indigenous), their children may no longer have status. The government often uses this as a way to avoid responsibility towards Indigenous peoples. If they don’t have status, the government can act like it doesn’t owe them special protections for their culture and rights. Vowel remarks “To be honest, it is amazing there are any Status Indians left in this country.”

In 1969, Prime Minister Pierre Elliot Trudeau and his minister of Indian Affairs, Jean Chrétien, sought to completely eliminate the Indian Act. In an official statement on the government’s Indian policy called the White Paper, Trudeau and Chrétien stated that they wanted to abolish all treaties and eliminate the concept of status entirely. The White Paper wanted the provinces, rather than the federal government, to handle any  future dealings with Indigenous peoples. Ultimately, the long term goal of the White Paper was to assimilate First Nations peoples completely into mainstream Canadian society.

This idea was met with a lot of backlash, particularly by the Cree leader Harold Cardinal, as it carried the arrogant assumption that the Eurocanadian way of life was superior. Traditional Indigenous forms of government, economies and land ownership that predate Canada’s existence by thousands of years were seen as irrelevant. Cardinal strongly defended the rights of Indigenous peoples to govern their own land. He clarifies “We do not want the Indian Act retained because it is a good piece of legislation. It isn’t. It is discriminatory from start to finish.”

However, the Indian Act recognized Indigenous peoples as having a distinct set of rights that other Canadians did not have. And so Cardinal believed that doing away with all legislation that has to do with First Nations peoples as Trudeau wanted to do was the wrong approach, as there needed to be some legislation in place that would protect their rights. He thus added that “any time the government wants to honour its obligations to us, we are more than happy to help devise new Indian legislation.” 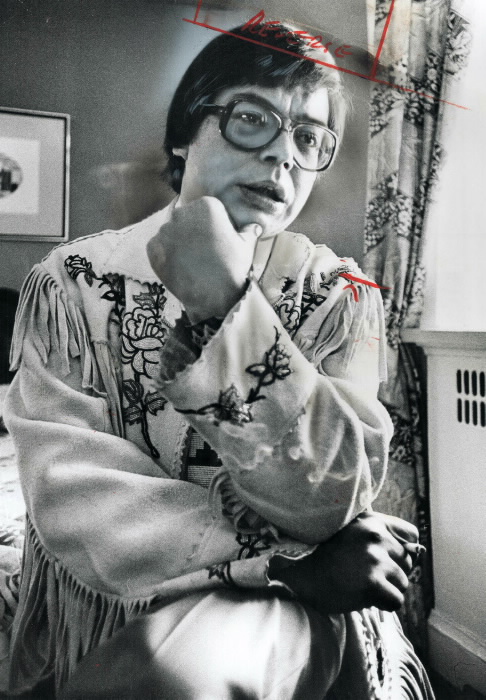 This idea of having a distinct set of rights became relevant again during the Meech Lake Accord of 1987. The Meech Lake Accord, which was struck down and never enacted, would have added the phrase “distinct society” into Canada’s Constitution Act as a reference to Quebec. This was intended to give Quebec more power over its own affairs and to recognize it as unique from the rest of Canada. It was intended to protect Quebec’s distinct laws, language and culture.

It was challenged by an Oji-Cree politician, Elijah Harper, who pointed out that Canada never gave the same respect to Indigenous peoples when it came to protecting their own distinct way of life. He said “I was opposed to the Meech Lake Accord because… we were to recognize Quebec as a distinct society, whereas we as Aboriginal people were completely left out. We were the First Peoples here – First Nations of Canada… These settler people… didn’t recognize us as a Nation, as a government and that is why we opposed the Meech Lake Accord.” Both Cardinal and Harper point to how the whole philosophy behind Canada’s approach to Indigenous rights is wrong and has focused too much on assimilation rather than on protecting these distinct rights. 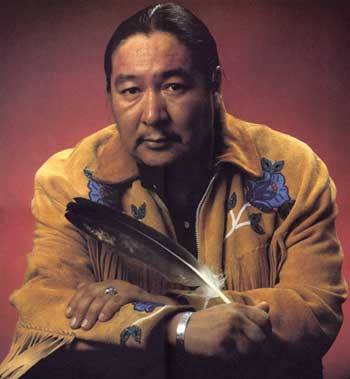 What’s Next for Canada?

Canadian law recognizes Aboriginal rights as sui generis— or a unique set of rights that only apply to the First Peoples of Canada. While the Canadian Charter of Rights and Freedoms protects every Canadian’s rights to be treated equally under the law, Aboriginal rights extend beyond this, as they include certain inherent, inalienable rights that are uniquely situated in the Constitution. Ideally, Canada should honour these rights, such as their right to self-determination, controlling resource extraction projects on their land and preserving their culture. Canada’s approach to resolving issues affecting Indigenous peoples has historically been wrong because it intended to do away with these rights using assimilation.

The next step for Canada should be to adopt UNDRIP (United Nations Declaration on the Rights of Indigenous Peoples). This was adopted by the general assembly in 2007 with 144 votes in favour and 4 votes against (Canada, United States, Australia and New Zealand). UNDRIP affirms that “Indigenous peoples are equal to all other peoples, while recognizing the right of all peoples to be different, to consider themselves different, and to be respected as such.” So far, only British Columbia has decided to adopt UNDRIP as provincial law. The government of Canada should consider making it federal law and use it as a guiding principle to shape all future relationships with Indigenous peoples.

Ovide Mercredi, a former national chief of the assembly of First Nations, mentioned in an address to the house of commons in 1997 that the nature of the Indian Act is deeply contradictory. On the one hand, it shows that Canada has a constitutional responsibility to protect Indigenous rights. On the other hand, it has also been used to inflict damage on Indigenous communities. He says “I believe we will need some federal legislation to make clear the obligations the federal government bears towards First Nations peoples. This is radically different from an Indian Act that continues to allow a minister and some bureaucrats to tell people who they are, what they can do, or how they must live. That arrangement is a colonial relic.”

At the end of the book, 21 Things you may not know about the Indian Act, author Bob Joseph says he foresees a future without the Indian Act in which the right to self-determination is still respected. He celebrates that the Indian Act was not successful in its attempts to eliminate Indigenous cultures and is looking forward to a brighter future.