The International Space Station (ISS) is currently the largest man-made structure in space. It flies 248 miles above us, circling the Earth every ninety minutes. By January 2018, the ISS had housed more than 230 people from 18 countries. The ISS hosts three to six people at a time, though the duration of their stay varies. While in space, the astronauts take part in many tasks and activities to occupy them each day, starting from workout sessions to technical experiments. European Space Agency (ESA) astronaut Thomas Pesquet calls this sequence of activities their “space routine”. But how exactly does the space routine of ISS astronauts proceed? 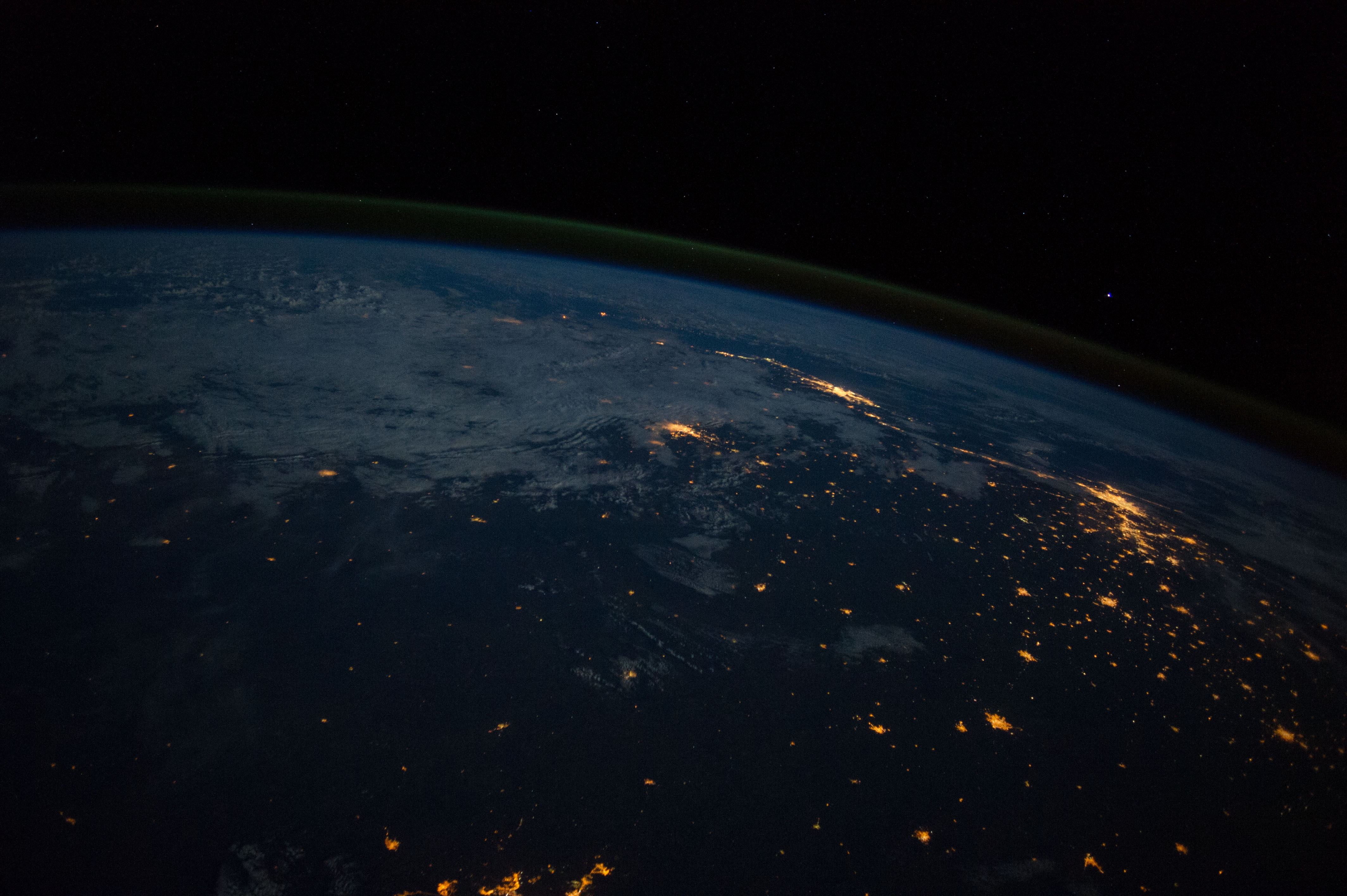 A view of the Earth from the International Space Station (Source: NASA).

Aboard the ISS, the astronauts’ routine has been structured in a comparable fashion to our lives on Earth. The astronauts work on weekdays. Meanwhile, Saturdays are dedicated for chores and relaxation.

At the start of their day, ISS astronauts blink awake and stretch, extending their arms from their sleeping bags or inside their small cabins. With 16 sunsets and sunrises in 24 hours, the astronauts remove their eye-shades and open the shutters to let some light in. The ISS crew members begin to tidy up their living quarters and make their way to the bathroom. Because of the weightless environment, they brush their teeth and swallow their toothpaste before they float away to get breakfast.

Food on the ISS has been prepared to meet nutritional and safety standards. Moreover, the food options in space remain quite limited. There are no instantaneous food delivery services to satisfy the ISS crew’s late night cravings. Instead, they have a set ISS menu (configured by dietitians to meet the crew’s calorie requirements) and a schedule that includes three meals and one snack each day. Additionally, the food that the ISS crew members receive in space must be packaged in oxygen-free packages, so that they last longer and will not contaminate the air and equipment on the ISS. In the clip below, Canadian astronaut Chris Hadfield shows us his unique way to make sandwiches in space!

Finished with breakfast, the astronauts then check their schedules for the day and get to work. On Earth, we do the same thing every day by opening up our agendas and heading off to school or work.

The work that the astronauts do differ between each of them. For ESA astronaut Thomas Pesquet, he occupied most of his time by doing scientific experiments in the Columbus laboratory. Meanwhile, Canadian astronauts on the ISS have been completing multiple experiments on the ISS. One of which is At Home in Space, a psycho-social experiment that studies how astronauts from different countries adapt to and live in the environment of the space station. Between their assignments, the astronauts will grab a quick lunch.

No matter their background, the astronauts still have many opportunities to help each other. They participate in collaborative experiments and activities. As an example, the Canadarm2 is a robotic arm that the ISS uses to perform maintenance, catch unpiloted cargo ships, and move supplies. Even though the robotic arm is a Canadian contribution, it can be controlled from the Canadian Space Agency and NASA headquarters, or by different astronauts on the ISS itself. 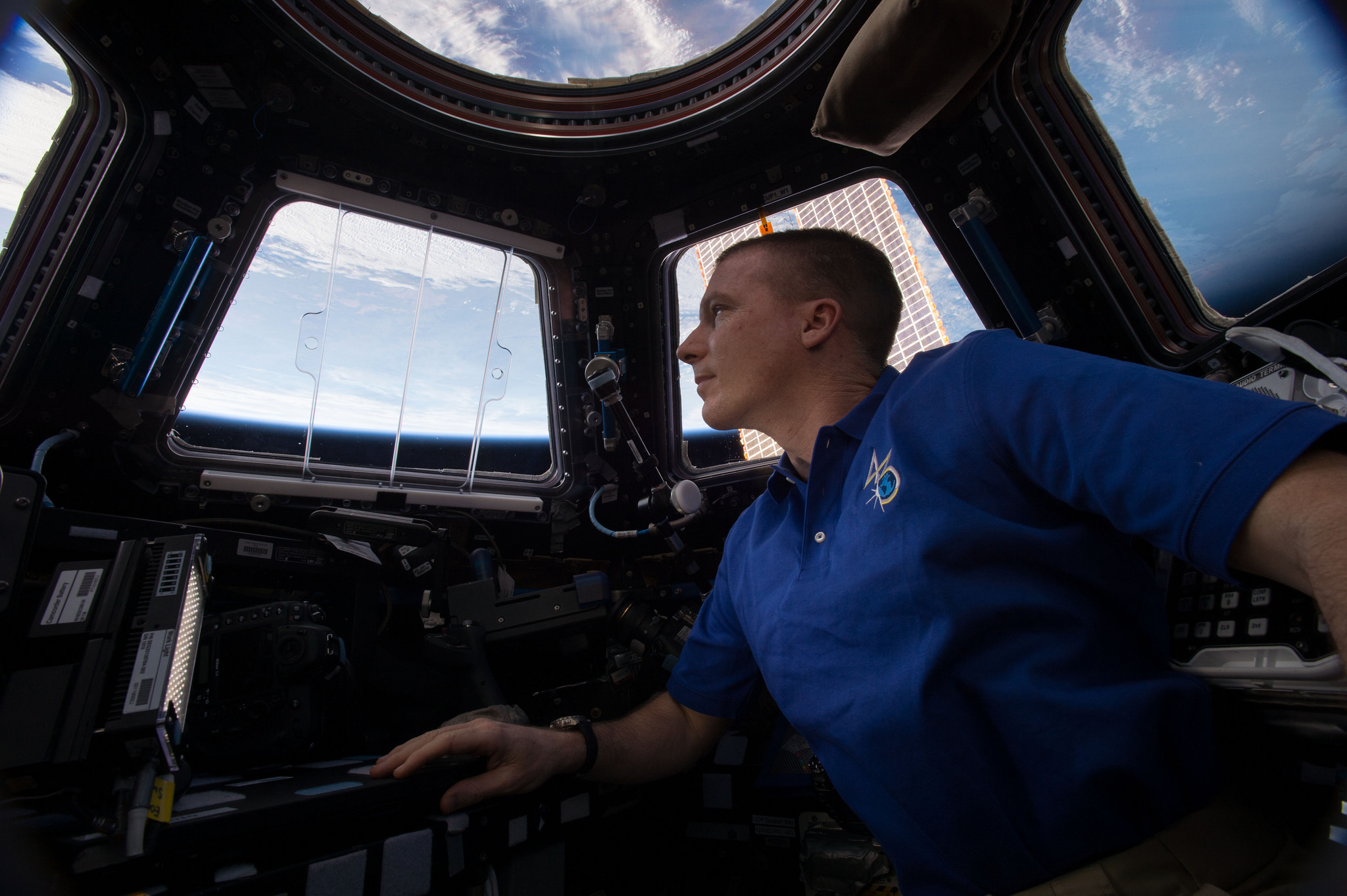 In the afternoon, the ISS crew members complete their check-ups and maintenance of the ISS. Since the space station remains in space permanently, the astronauts are responsible for its functionality and upkeep as well. They perform preventive maintenance (i.e. inspections and cleaning tasks) and corrective maintenance (i.e. fix broken equipment). Much like on our weekends at home, maintenance tasks of the ISS include housekeeping chores. The ISS crew members clean the kitchen and bathroom, vacuum vents and machine surfaces, and disinfect equipment to eliminate debris and bacteria.

While humans on Earth may not exercise daily, the astronauts spare two and a half hours of their day to exercise. Since the human body is not meant to inhabit space, regular exercise can minimize bone and muscle loss. The astronauts use a range of available exercise equipment on the ISS, which have been reconfigured for microgravity environment. For instance, the ISS crew run on specialized treadmills. Their stationary bicycle also has no seat. Instead, the astronauts utilize the handles and a back pad to anchor themselves from floating. Exercises on the ISS are slightly slower than on Earth because of the lack of gravity. Nonetheless, physical fitness in space is crucial for astronauts.

Near the end of their day, the astronauts connect with control centres on Earth for a closing conference. The team on Earth ensures that the ISS crew’s programs are on track. Once everything has been confirmed, the ISS crew members end their report and enjoy some much deserved free time.

The astronauts use their free time on the ISS for personal or group activities, such as eating dinner together. They can also communicate with their friends and families back home. Ever since the internet became available on the ISS in 2010, astronauts have used social media to browse the web and share their activities with people on Earth.

The ISS crew also enjoy a digital collection of photos, videos, and reading materials. Some astronauts, such as NASA astronaut Catherine Coleman and CSA astronaut Chris Hadfield, even brought their hobbies to space. Coleman took four flutes to space, while Hadfield performed a song in a live from space concert during Music Monday. All else failing, the ISS crew can always stare out of the window to enjoy a stunning view of Earth. 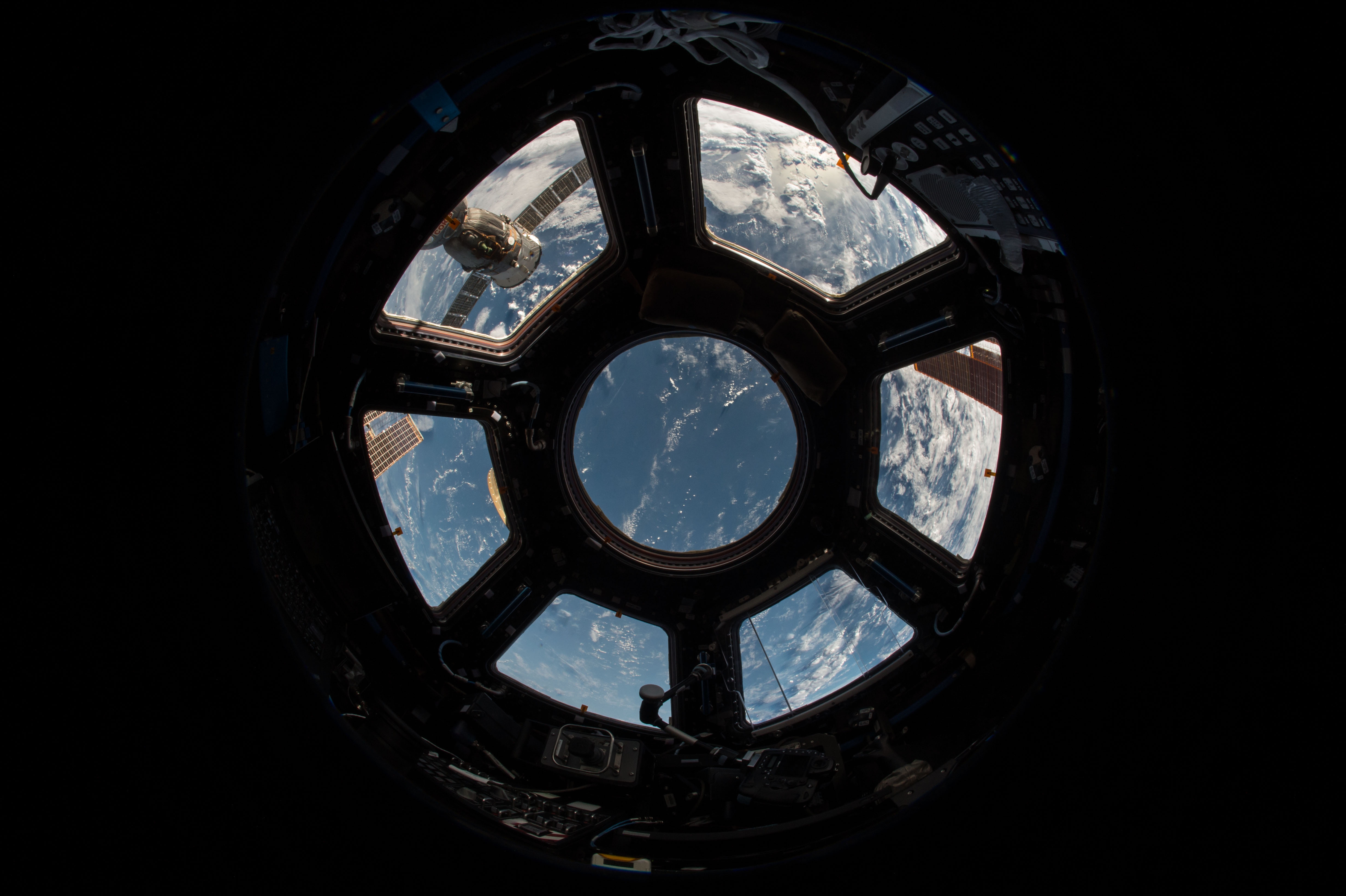 A window on the ISS facing the Earth (Source: Pixabay).

Finally, after a long and busy day, the ISS crew members use a washcloth to clean themselves, or wash their hair with a no-rinse shampoo. Once again, they brush their teeth. Returning to their cabins, each crew member tucks themselves inside their sleeping bag and get ready for a restful sleep.

The ISS crew members contribute greatly to our scientific knowledge of the outer space. Even so, they often start their day by brushing their teeth and eating breakfast— just like us on Earth.