In July of 2015, an American dentist named Walter Palmer paid $54,000 to shoot one of the most beloved animals in Zimbabwe — a lion named Cecil. Before he was killed, the cat was well known by locals, tourists and researchers from across the conservationists. Cecil was even featured in a long-term study at Oxford University which had been going on since 2008.

At first, messages posted by the Zimbabwe Conservation Task Force indicated the act had been illegal. But after investigation from Zimbabwe authorities, Environment Minister Oppah Muchinguri-Kashiri told the media that the hunt had indeed been legal. Even his guide, Theo Bronkhorst, who was originally convicted of wrongdoing, escaped charges.

As you would imagine, the fact that Mr. Palmer got away scot-free sparked outrage in the global community. Go onto his Yelp page for dentistry and you’ll find comments such as “Murdering Barbarian!!” or “Please boycott this practice.” There were instances of people vandalizing his vacation home in Florida, the words “Lion Killer!” written across his garage door and pigs’ feet thrown onto his front lawn. 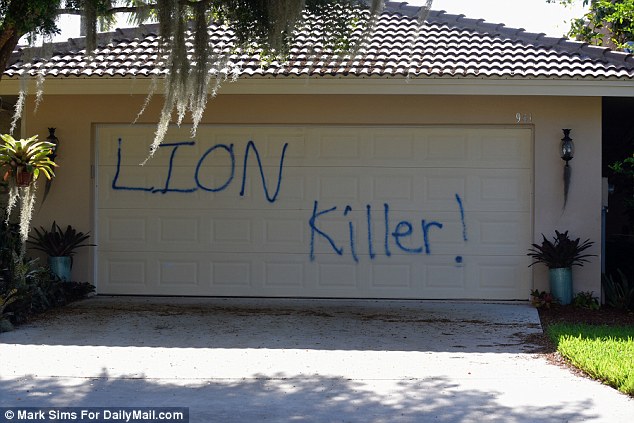 When I heard about this story several months ago I immediately jumped aboard the anti-Palmer train. I study ecology and conservationism, so it’s not difficult for me to hate people that kill animals for “the fun of it.” But as my understanding of the situation grew, I discovered a side to the story that I hadn’t seen before. A side to the story that has a whole lot do with money.

Ironically, many trophy hunters including Mr. Palmer see their acts of hunting as an act of conservationism — a large donation to the organizations that help protect some of the most threatened species in the world in return for an animal of their choice. A small sacrifice for a greater cause. Palmer’s $54,000 could arguably be used to help protect other lions with a better chance at reproducing than Cecil.

Other trophy hunters like Corey Knowlton preach this idea of conservationism as well. In an interview on a podcast of Radiolab, Mr. Knowlton described how he has nothing but good intentions for the success of the species when he hunts. When he bought the rights to shoot a rhino in Namibia for $350,000 in 2014, careful precautions were taken to ensure that the rhino was a “good fit.” A “good fit” meaning that the rhino was (likely) a sterile, older male that was displaying aggression towards other members of the population. After the hunt, he made it clear that what he had done was a good thing, and that the $350,000 would be helping the rhinos live on for future generations for his kids to see.

Mr. Palmer has a similar kind of mindset. He writes in a tweet from 2016:

“Fun fact: I’ve put more money into wildlife conservation than all of my followers combined.”

If you get past the bigotry of his message, you’ll find there is some truth to what he says.

Trophy hunting brings in a lot of money to the local economy. TRAFFIC (The Wildlife Trade Monitoring Network), a conservation organization, found that around $11 million was brought into Namibia in 2000 by trophy hunters in one year. Furthermore, a 2005 report suggested that legalizing rhino hunting in South Africa gave landowners a reason to allow them onto their land, reintroducing them to their natural habitat. In the end, the population of rhinos in South Africa grew from 100 to 11,000. A similar story can be seen in Zimbabwe, where the land managed by conservation authorities doubled due to the legalization of hunting.

It seems as if the act of sacrificing a few specific animals can have long lasting benefits for the entire species. Nevertheless, many environmentalists and conservationists disagree with this.

Despite the economic benefit of trophy hunting, other methods of improving conservationism, such as ecotourism and advocacy campaigns, are often known to be a much greater source of revenue. Zimbabwe, for example, received around 32 times more money from ecotourism than trophy hunting in GDP during 2013.

My opinion on trophy hunting tends to waver as I make sense of the pros and cons of hunting wild animals.

While we try to organize the survival of species we share our planet with like pieces on a chessboard, it is important to remember that animals, like us, have remarkable brains. Brains that can process emotions, feel pain and store memories. The act of killing, however justified, causes intense pain and suffering, not only for the animal killed, but for its brothers, sisters and offspring as well. If there is anything that my classes in ecology have taught me, it is that wildlife is a complex system. Everything we do affects wildlife, even tourism. How we handle the system can decide the fate of an entire species.

The question remains: Is it worth it? This is up for the world to decide.