September 2021 will be the 100th anniversary of the creation of the TTC (Toronto Transit Commission), the city agency that provides transportation to commuters in Toronto and surrounding areas. As September is just months away, it will be meaningful to explore everything about the TTC — from its history, problems and future plans. 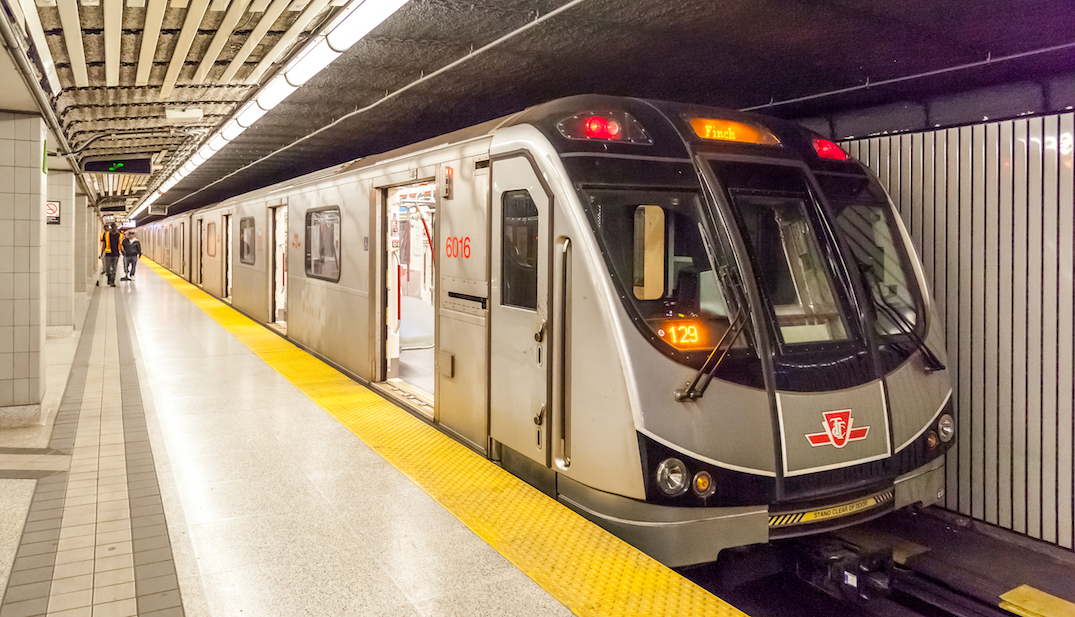 History of the TTC

Here are some key points the TTC lists in their Milestones section:

The TTC started to operate and officially took over a combination of municipal and private railways to create what is known today as the TTC in 1921. Between 1921 and 1953, 35 new routes were created and 20 existing routes were extended; 745 streetcars began service in 1938. 1954 was when the Toronto Transportation Commission was renamed as the Toronto Transit Commission, and when the first subway line (Toronto’s Yonge subway) was built. Furthermore, many buses and accessible stations began service between 1970 – 2011, including GO Transit regional bus service, 18m high capacity buses, articulated light rail vehicles (ALRV), the introduction of accessible subway stations, in Union, Downsview, and Bloor-Yonge Station, the introduction of diesel-electric hybrid buses. and the “Toronto Rocket” accessible subway trains replacing non-accessible stations.

Problems with the TTC 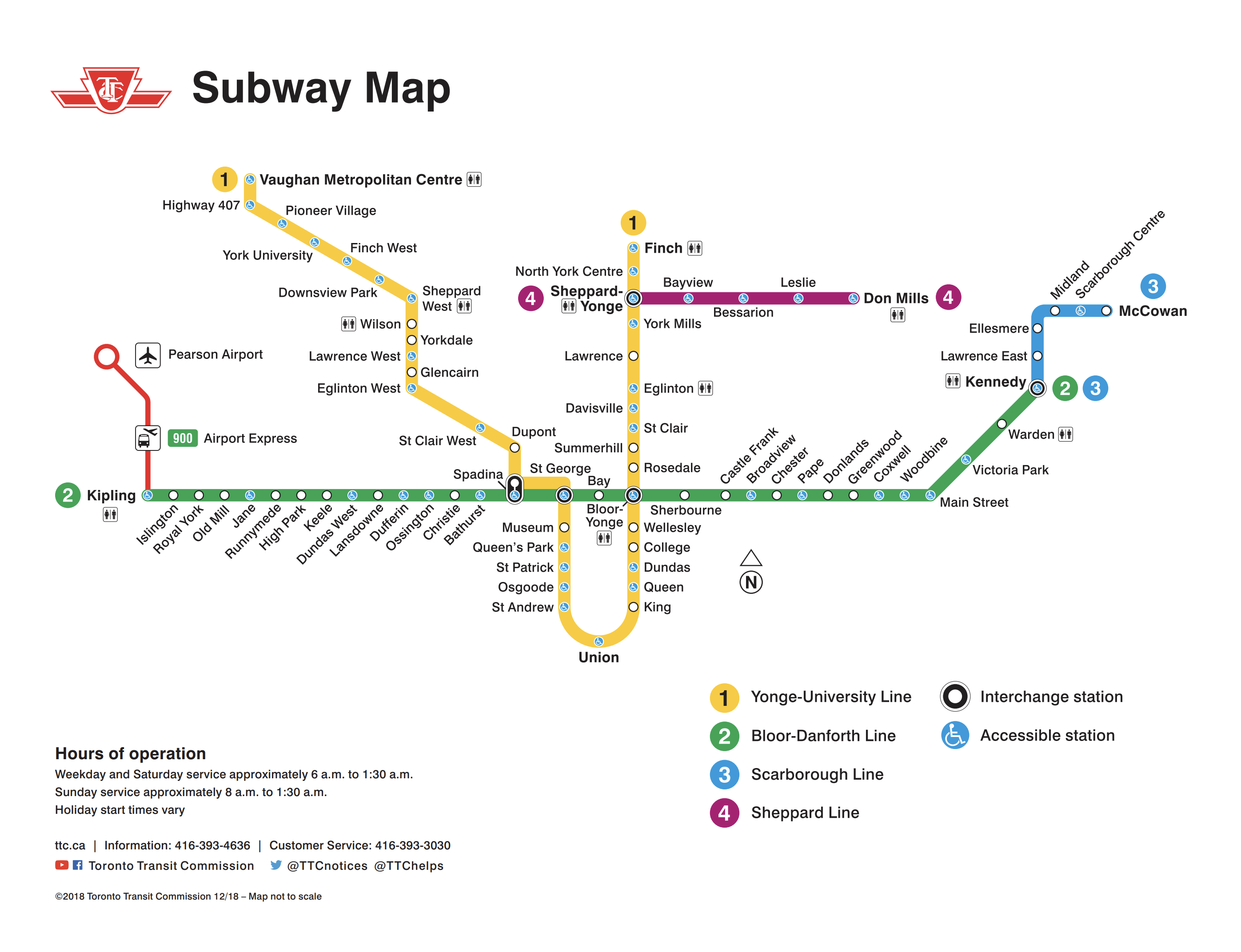 The above image illustrates the first problem with the TTC subway: the lack of trains on the west and east ends. Most subway trains are focused around the center of Toronto or line 1 (yellow) which negatively affects passengers of the Terminal stations (stations at the very end of the track) as stations are further apart. This can be especially problematic during delays as many bus routes are connected to Terminal stations. As such, it’s no surprise that Kennedy station (the east terminal station on line 2) had the most delays in 2015, followed by Kipling station (the west terminal station on line 2).

Furthermore, line 2 still uses the old T1 trains where the fleet is around 22–26 years old, while line 1 uses the newest fleet of TR subway trains. As they are only designed to be used for 30 years, the TTC has decided to refurbish them to extend their life by 10 years instead of replacing it with new trains. This is problematic, as the T1 trains are incapable of using an Automatic Train Control (ATC) system that enables more frequent train service. As such, the service on line 2 will not improve unless the T1 trains are replaced. 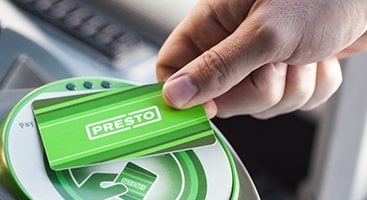 Overcrowding in buses has always been a problem, and it hasn’t disappeared during COVID-19. In fact, the TTC had to add 47 buses as they were too crowded during peak hours. When questioned about the issue, the TTC stated that social distancing won’t be possible as the city re-opens, and suggested that if passengers are concerned, they should just get off the crowded bus and take the next one. This isn’t very helpful, and some bus routes such as the 70 O’Connor are already suffering from poor service where some passengers are forced to wait an hour or more in slow periods because the buses are grouped together.

Skipping a crowded bus stop to follow social distancing rules doesn’t solve the problem because it leaves passengers waiting at bus stops, which can cause more delays as more people will be waiting at that stop. To combat this, passengers who use Rocketman and Transit mobile apps will be able to see the number of passengers on buses, which will allow people to choose which bus to board. This is possible because most buses have Automatic Passenger Counting (APC) devices which use infrared lights at doors to count how many people are inside the bus. However as this is a new initiative, it’s benefits are questionable as not all TTC buses are equipped with the APC devices, and the lack of buses on the busiest routes during peak hours means that some will have to board crowded buses if they want to get to work on time especially as the city re-opens.

The biggest problems seem to arise from the production of the streetcars — vehicles that run through tracks on the streets and that usually driven by an electric motor. In 2019, the TTC had to remove 35 streetcars from Queen Street due to braking problems, and they didn’t know what caused problems in the supplementary braking systems on the streetcars. This was after  67 new streetcars were removed to fix a welding problem. While this didn’t impact the safety of the streetcars, it affected the lifespan. This required up to 19 weeks per streetcar, which means the repair process will finish in 2022.

Streetcars are also the most affected by extreme weather; 50 streetcars had to be removed from service due to cold temperatures affecting track switches and air systems. Furthermore, while the subway and some bus stations allow passengers to wait inside, passengers may have to wait outside for streetcars. Delays can cause unpredictable wait times, which is what happened in January 2019, where people had to wait 50 minutes for a single car. Continuous problems with streetcars also negatively impact passengers as TTC’s yearly operating budget is funded largely by the fares from passengers. Without provincial funding to cover operating costs, the TTC stated that they may be forced to reduce service or increase fares to compensate. And according to the TTC, investments for new and replacement streetcars are underfunded by 58%. This is despite taxpayers paying for the TTC, where it was the second-highest cost per year in 2020. 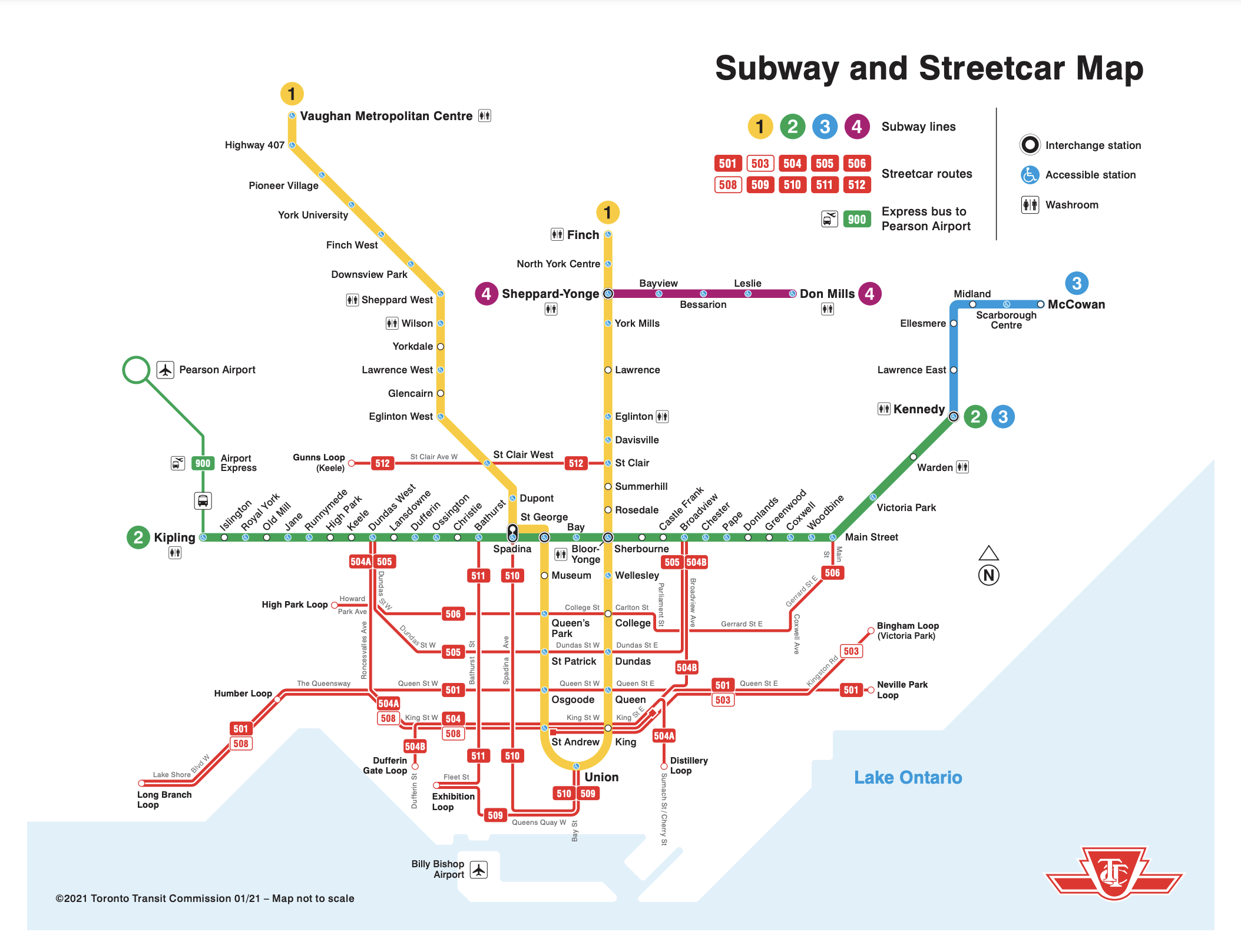 The image above illustrates another problem with the TTC: gentrification. Most subway and streetcar services are focused near downtown Toronto, which means that passengers in suburban areas will need to take longer or complicated trips. The poorest neighbourhoods are the most affected, which include northwest North York, various areas in Scarborough and north Etobicoke’s Rexdale area. While there are GO buses run by GO transit (regional public transit service that only runs in Hamilton and the Greater Toronto Area), GO buses usually cost more. With GO transit, adults pay a base price of $3.70 with presto cards if they don’t have a default trip set on the card, while for TTC it’s $3.20 for adults.

Living within walking distances to TTC stations can differ greatly, where houses and condos near line 1 (yellow) is the most expensive as it runs through the centre of the city. In 2018, the most expensive multi-family houses were in Summer Hill, Rosedale, and St. George station, all of which are just above line 2 (green) in the centre of Toronto. Their average prices ranged from 1.1 – 1.2 million CAD. The cheapest condos and houses are found in the east stations near line 3 (blue) — their average prices of houses were below $740,000 CAD.

Payment evasion is also another critical issue within the TTC, where they lost about 61 million dollars in 2018 alone. However sometimes the issue isn’t always with the passengers — malfunctioning or out-of-service Presto card machines and overcrowding in streetcars prevent passengers from paying. One woman was fined $240 in Toronto when the Presto card machine malfunctioned and the payment didn’t go through despite loading money right before boarding the train. The machine flashed red and green with no message. She was fined because she didn’t have proof of payment despite trying to explain what happened.

I’ve also personally experienced problems with using Presto cards on buses, where some just won’t work when I tapped it, or they were out of service. 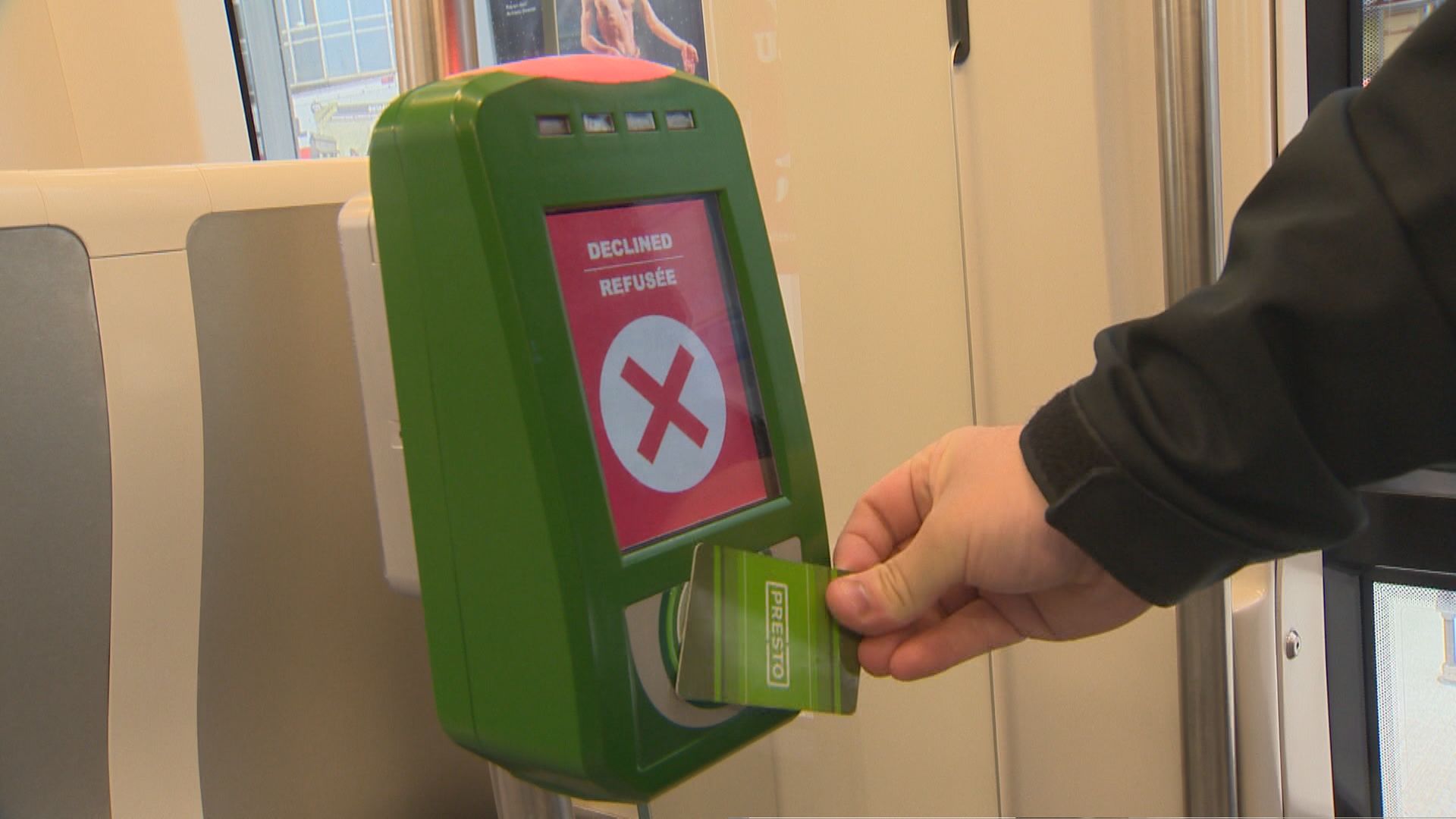 One of the most common complaints is how the TTC treats passengers during delays. Often, passengers aren’t given a clear answer to how long they have to wait, other than the message “Delays for up to 15 minutes” for subways which just increases frustration. There is a TTC e-alerts subscription service that gives passengers information regarding delays and service disruptions in subways. However, it sends information via email so most passengers seem to rely on TTC Service Alerts’ Twitter. For buses and streetcars, information regarding vehicle arrival times is available via SMS text messaging, where passengers have to text the unique code at bus and streetcar stops to the 6 digit Short Code (898882). Arrival times of the next 6 vehicles will be given, however, I have personally noticed that this can be unreliable especially with snow or rain. And unlike subways, bus and streetcar passengers aren’t given a reason why and how long the delays will last.

Frequent emergency and technical issues cause a lot of delays — from train communication issues to track problems, unlucky passengers are sometimes delayed for hours. The root of the problem is the lack of funding, where many of the TTC’s projects are underfunded by 2 billion dollars. This is problematic, as this prompts the TTC to prioritize some projects over another, which also causes projects that don’t get initiated. For example, one underfunded project is to install ATC on the trains in line 2, where they are underfunded by $111 million dollars. 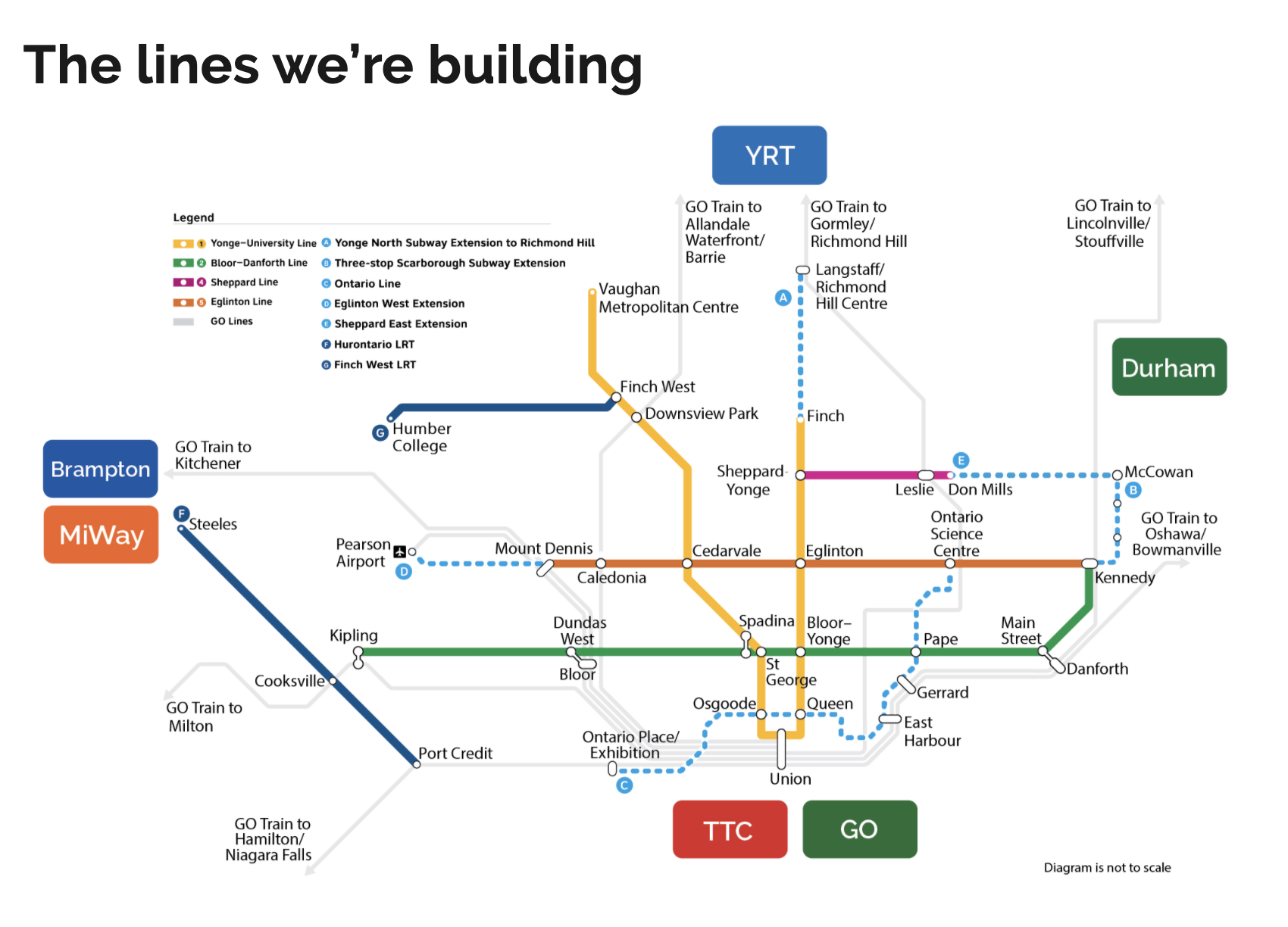 TTC’s slow growth is especially evident when compared to other countries such as Singapore, which was rated as the world’s best transport system. This is because their transport system makes it very easy for passengers to use their services with cutting edge technology. Mayor John Tory acknowledged TTC’s slow growth, where he said “Toronto is growing fast, and we need to keep up”. Problems with underfunding does not solve problems with old and malfunctioning trains, buses and streetcars, and gentrification towards highly populated areas is leaving those in suburban areas in the dark. Poor service resulting from customer service and the lack of management in bus routes also need to be solved.

Singapore’s transport system reveals what the TTC is lacking — new technology that reduces technological failures and payment evasion, which would also decrease delays and make it generally easier for passengers to use the TTC. Passengers become even more frustrated when the TTC fare also increased in 2020 on top of all pre-existing problems. As such, to bring in new technology and make the TTC more affordable the TTC must obtain more funding. To do this, the government should prioritize the TTC and produce specific plans that will follow through (instead of making plans that don’t happen) and act promptly upon the complaints from passengers. Overall, this would likely be a slow, difficult process as the TTC has already failed passengers many times, but change is possible.