In my previous article titled “Am I Missing Out: Part 1,” I investigated a bit into the pros and cons of social media. My idea about it was more or less predetermined. I don’t have social media, and I don’t really have an interest in it. But, I wanted to see through someone else’s eyes their perception and thoughts on social media. So I asked two of my friends — who I knew would have very different things to say — to find out what they thought through interviews.

In my last article I talked with a friend who didn’t have the best experience with social media, confirming my original thoughts. My other interviewee, though, I knew would challenge these thoughts.

My second friend I interviewed is pretty consistent with keeping up with social media. She thoroughly enjoys it, and I don’t think that’s a bad thing. But I wanted to see if she actually thought there were any cons when it comes to using social media, and whether she felt that the platforms she’s active on are as benign and harmless as some people (perhaps a person who uses social media as often as she does) think it is.

What platforms are you using?

I use Snapchat and Instagram. I have a Facebook account, but I’m barely active on it. I only use it to play some games or get in touch with family members that live far away.

How do you feel when you’re using social media?

I use social media when I’m bored, and I guess it’s become kind of routine. But then when I’m looking at someone else’s feed, and say they’re really pretty and they’re body, to me, looks ideal, it makes me really think about how I look — more than it probably should. I start feeling self-conscious and it reaches that point of making me think of ways I can look like that person. How I can manipulate myself to be like them. Trying to “fix” my face by putting on more makeup. Looking skinnier; trying to “fix” my body by not eating as much. “Fix” is a terrible word because it makes it seem like there’s something I should change about myself, as if there’s something wrong with me that needs correcting. But you look at these pictures, and the pretty girls are getting so much likes, it makes it seem like the prettier you are the more liked you’ll be.

What do you think you gain from social media?

It’s entertainment, y’know? It’s right there, totally accessible. There’s a broad range from news and world issues to the latest gossip in celebrity lives. On a smaller scale, you can also see what’s going on with your friends. If one of your friends doesn’t have a phone number or something like that, you can talk to them through social media.

What about the bad stuff? What do you think you lose from social media?

The cons of social media is that it’s addicting. For example, with Snapchat, you have these things called streaks if you’ve “snapped” the person for three days straight. The number of streaks will increase as the number of days you talk to that person increases. If your streak gets really high, there’s a feeling of losing them. So now you’re more aware and on Snapchat more often to try to maintain your streaks. Another example is the constant feeling that you’re missing out. On social media, you go through so many posts and pictures that it can be kind of overwhelming. There are all these people doing all these cool things, or maybe just your friends went somewhere really fun without you (and that can make someone feel left out and overthinking the situation.) You become afraid that you’re missing out. 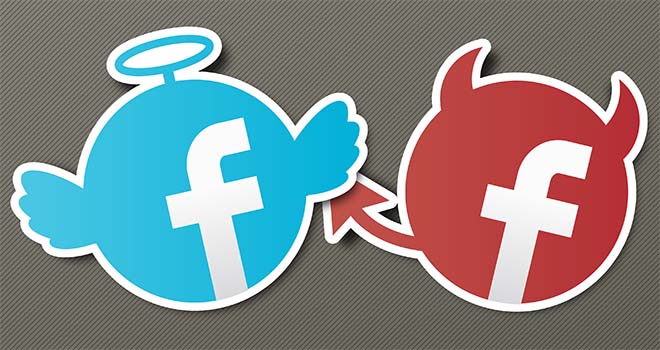 Do you think I’m missing out?

Yes and no. In some ways I feel like people who don’t have social media are missing out, since it seems like that’s where you find all the newest things (gossip, news), but at the same time I think I only feel this because I’ve had social media for so long. I got it when I was probably six years old, so in grade one. That’s really young to have that much accessibility. So I kind of feel like it’s a good thing some people don’t have social media, ‘cause the way I see it, they can do so much more with their lives. When I say this, I mean all the time I spend scrolling through my feed or looking at other people’s pictures, sitting down and totally sedentary, I could be doing something productive. When I think about this, I really start to understand all the time I’m on it. That’s not all bad, though, because I really do enjoy it.

At the end of this, my second and last interview, I began thinking about the news and trends that I was missing. Because we live in a world that revolves heavily around social media, you can be left rather isolated and cut off from what’s happening on popular platforms. Yet, my friend also pointed out the part of feeling that because of social media and it’s exposure to everyone else’s lives, she felt as if she was missing out. So while my second interview got me thinking on a more varied level, I’m not planning on getting social media anytime soon. And if I do, I doubt it would be Snapchat or Instagram.

My conclusion? Social media is a fun, cool, but also, a damaging thing. It plays different roles for different people — having the capability to serve as a platform for bullying as well as an entertaining way to pass the time.

It can help people keep connections, but it can also be a catch 22; while people are communicating over social media, it’s over social media. Using social media as your number one way to get in touch with people can make it seem like there’s no reason to talk to the person in real life. Instead of talking to a person face to face, it becomes snap to snap (chatting over snapchat.)

The friends I interviewed regarded the fact quite blatantly that when they’re on social media, they’re really on it. As in, for a long time. Because — and my two friends knew this very well — it’s addicting. They noted that they think they waste time, and think it would be better to do something productive. But at the same time they both admitted that social media was fun, and some of the videos and pictures were funny.

But am I missing out? The results were mixed, perhaps leaning further to a no. It seems like we think that someone not having social media is weird and perhaps crazy because how do they get in touch? And how do they even live? But it might just be that we’ve grown so accustom to it that, like with anything you’re around a lot and have had for a long time, it would seem hard to live without. It’s not really that hard, though.

There’s a lot of good and a lot of bad that comes along with social media. Personally, I’m fine with neither.