“If you could change one thing in the past what would it be?”

“I would’ve had more fun in high school. I would have just loosened up more. I felt like everything was connected, so if one year wasn’t stellar, everything would fall apart, but that wasn’t the case mostly in high school. I could’ve afforded to get lower marks and spend some time with my friends… For example, supporting them on their basketball game… Sometimes when they invite me I’d be like ‘I can’t go because i have to study’… In reality I could’ve spent a day without studying.

“What is your biggest fear?”

“Burnout… That’s what I’m always afraid of. Sometimes when all you’re thinking is ‘go go go’… ‘gotta get from one task to the next, and the next’ eventually the energy is going to run out and I found it’s much better and much healthier to consciously decide to take a break rather than to be forced into a break because your mind, body and soul gives up.”

“Do you think society have influenced on you to be hard-working?”

“In terms of societal influences, I would say it does make an impact. Sometimes I feel like as a woman and then also as a black woman, I feel like I have to prove people wrong… Which is not that good of a way of thinking and it’s something that I’ve had to unlearn because at the end of the day I don’t have to prove my worth to anyone… As a human being, I inherently have worth.

But what comes into play is sometimes people underestimate me because of my position and being in a different ‘angle.’ So that pushes me… Also in terms of my Nigerian societal expectation, there’s a lot of pressure for the kids to do well, and have high positions in society and community life… Also in my tribe because you’re a girl, there are some stereotypes. I work to show that there’s good that can come of a girl that would prefer to just go and read her books than come and help out in the kitchen.”

“Does your parents carry your tribe’s values?”

“They carry traditional values for sure, but they always been supportive of my siblings and I. They want us to be the best people that we could be and growing to become the people we want to be regardless of our gender. For example, my sister and I are left handed, and in my tribe you are chastised and trained to not use your left hand. They put this pepper spice on your left hand because a lot of the food we eat using our hands, so that prevents the child to use their left hand. But my parents weren’t about that and said ‘so what if they use their left hand? Let them do what they want.’”

“Who do you see as a role model and someone you look up to?”

“I don’t follow that many life figures in society, I don’t follow celebrities, or even know political figures, so I haven’t really been able to identify a role model outside of people that i know personally. Usually if I see something positive I try to emulate it. But I would say my parents. My mom has very strong willpower, usually if all odds are against her she doesn’t stop until she gets it. I’m more similar to my dad. One thing that I admire about him is that he doesn’t appear to stress about things that he’s not pleased with or things that could’ve done differently. Something that I learned from him is if something’s gone wrong and you can’t do anything to change it, just actively choose not to think about it, worry about it, and stress over it.”

“If you could go back in time and say something to your past self, what would it be?”

“Enjoy life, live in the moment, once in awhile it’s good to be forward-thinking, but sometimes you just need to be in the moment and enjoy what you have right now.”

How Seeing with Inhuman Eyes has Influenced Art 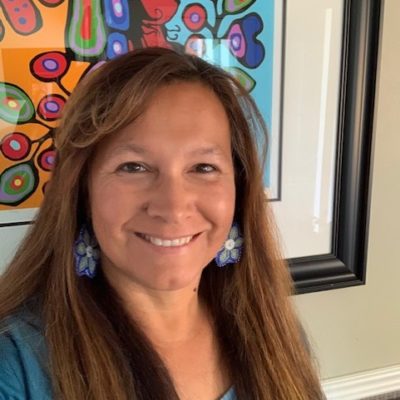