There was once a place,

That stood pristine, proud and tall.

It was a sight to behold,

With myriads of colours ­— greens and blues,

And sunlight reflected off the glistening snow.

There were once glaciers,

That touched the near-cloudless blue expanse above.

There were animals as well;

But that was then, and this is now.

The once magnificent beasts with cascading furs,

Are now reduced to flesh and bones with clumps of hair.

The powerful and impenetrable glaciers,

Are now slumped over in defeat.

The warmth is an unwelcome guest.

A place once so beautiful,

Is diminishing before our very eyes.

As this place slowly perishes from existence,

Becoming one with the dreaded darkness of the water below,

It’s regretful to think about the Arctic’s woes. 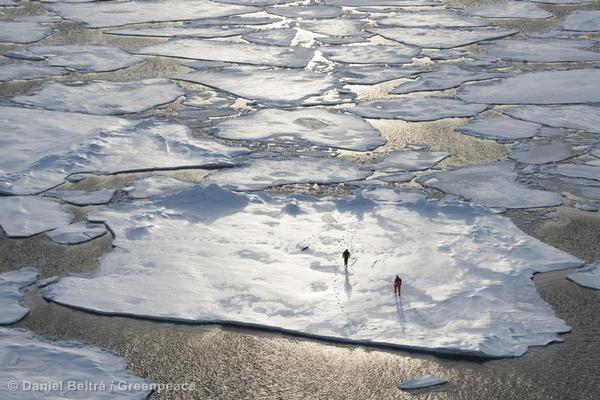 An aerial view of the Arctic (Image Source: Greenpeace)

I was inspired to write this poem to raise further awareness about climate change and its negative impacts — specifically on the Canadian Arctic. With all the pressing issues occurring in the world today, including Covid-19, it seems the long-term emergency of climate change has been pushed to the back of many people’s minds. For a while, I too forgot about the ramifications of climate change in the face of issues that I directly witnessed. It is easy to forget a problem that is not immediately visible to an individual, I find; especially one so far North, that it often goes forgotten.

However, it is important to acknowledge that the Canadian Arctic faces numerous problems from climate change. Not only does climate change contribute to rising sea levels from melting ice sheets, but it also endangers the Indigenous peoples and animals of the region. Therefore, this poem hopes to shed light on this issue and encourage people to begin actively advocating for this climate emergency.

Amber
I am a post-secondary student attending UBC with a passion for reading, writing, music and politics.