Earth’s rotation around its axis is spinning faster, making 2021 the shortest year in over five decades. In fact, since the beginning of 2020, every day was less than 24 hours. July 19, 2020, was marked as the shortest day ever by scientists according to Wion News. Although it may seem as if days are a ‘normal’ length, Paul Delaney, an astronomy and physics professor at York University, says otherwise.

Delaney suggests on CTV’s Your Morning that “each day [is] a fraction of a second shorter than 24 hours” as its rotation speeds up. A day that falls short of a few milliseconds should not be too concerning. Though, what is alarming is what’s causing Earth’s rotation to speed up. As glaciers melt and ocean levels rise, Earth rotates slighter faster every day, making this an unexpected challenge in the era of climate change.

Firstly, it is important to understand that any changes to Earth’s mass distribution around its axis will influence the amount of time it requires to complete one rotation. As glaciers are melting six times faster than they did in the 1990s from human-made carbon emissions, Earth’s mass is redistributing closer to its rotation axis. As a result, Earth’s axis is off-kilter or not in its correct form and sea levels rise from water travelling into the oceans. As a consequence of a heating globe, Delaney explains that “when you bring the amount of mass closer to our rotation axis, that actually spins up our rotation rate a little bit faster.”

To help illustrate this concept, Felix Landerer of the Max Planck Institute for Meteorology in Hamburg, Germany explains: “Think of an ice skater who is spinning. You stretch your arms out to slow down, and when you bring your arms close to your body you spin faster.” Using Landerer’s analogy, Earth is bringing its arms, or glacier mass, to its axis, or waist, making the Earth rotate faster.

Landerer and his team modelled what changes would occur if global warming continues at its current rate to understand the effects on Earth’s rotation. To do this, the researchers used carbon dioxide levels from the year 2000 to estimate the year 2100’s levels. As a result of global warming and melting ice caps, they found that changes in density and circulation of water will cause a large transfer of mass closer to Earth’s axis of rotation. If CO2 emissions continue to rise and the estimated transfer of mass becomes a reality, Earth’s rotation will increase in speed and reduce each day’s length by 0.12 milliseconds in 2200.

Already, Greenland and Antarctica’s significant ice loss is reported to be the “worst-case climate warming scenario” according to the Intergovernmental Panel on Climate Change.

Although Earth’s increased rotation is not currently showing visible effects, the rise of global warming will only make it spin faster, creating disastrous and catastrophic events in the future. Without immediate and rapid cuts to carbon emissions, these catastrophic events could possibly arise even sooner than later. Without it, rising sea levels are expected to leave 400 million people in coastal flooding every year by the end of the 21st century. 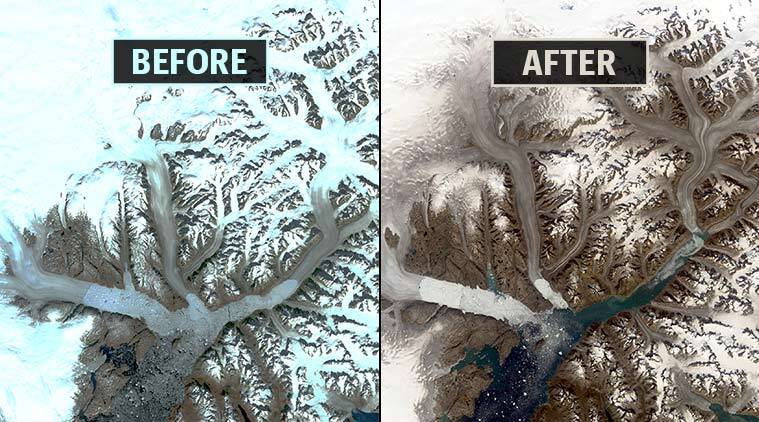 Impacts of a Faster Rotation on Earth

Retired computational scientist and physicist at the Los Alamos National Laboratory, Steve Hench, says “the Coriolis effect, which is the influence of the Earth’s rotation on the movement of large-scale atmospheric and ocean currents, would be stronger” with a faster rotation. As a result, the Coriolis effect would give more energy to cyclones and hurricanes, which are already getting stronger.

According to writer Sarah Fecht, “things would get more catastrophic the faster we spin.” Although this is daunting, it is important to remember the speed of Earth’s rotation will only rapidly accelerate if climate change continues to accelerate. This is why it is crucial to observe the effects of climate change now and encourage action for policy alternatives.

The redistribution of mass to Earth’s axis will continue to increase Earth’s rotation even if we do not notice large differences at first in “day-to-day winds and weather patterns”. Similar to other climate challenges, it takes time to analyze data to predict exact timing of events. Professor at The University of South Florida Timothy H.Dixon explains the lag of confirming climate change trends produced by data can make communicating issues very difficult. This difficulty comes from spending years, even decades assessing changes and by the time changes largely occur, it’s too late to fix the damage already done.

Although rising temperatures have yet to drastically affect Earth it could accelerate future climate events if action in policy is not being made. NASA astronomer Sten Odenwald says “temperature difference is still going to be the main driver of winds” as Earth spins and wind pathways are directed eastward. These pathways create a curvature to hurricanes spins and iff Earth begins to spin faster, these winds would be directed even further eastward which “effectively makes the rotation more severe” says Odenwald.

A World of Water

The extra speed from rotating at the equator means water from the oceans will begin to accumulate there. For example, if the Earth spun 1 mph faster, water around the equator would become a few inches deeper in just a few days. If this were to gradually increase to 100 mph faster, whenever that may be, the equator will be flooded and “start to drown”.

In addition to a drowning equator, Witold Fraczek, an analyst at ESRI who makes geographic information system (GIS) software says “I think the Amazon Basin, Northern Australia, and not to mention the islands in the equatorial region, they would all go underwater.” He adds, “How deep underwater, I’m not sure, but I’d estimate about 30 to 65 feet.”

To reference the figure skater analogy, if Earth were to increase and spin 1000 miles faster, its force would draw hundreds of feet of water to its waist, or the equator. Fraczek believes this would cover everything in the equatorial region with water, “except for the highest mountains, such as Kilimanjaro”.

Additionally, the water drowning the equator would have no trouble combating gravity. As a result, the air would become very heavy with moisture as dense fog and heavy clouds would produce constant rain — “as if they’d need any more water,” Fraczek adds.

Figure 3: Ensia. “Opinion: Yes, It’s Still Up To You To Do Something About Climate Change”. (Image Source: Ensia).

Fraczek understands that “we could have enormous earthquakes,” since “the tectonic plates would move quickly and that would be disastrous to life on the globe.”

But, There Is No Need to Panic

The impacts of global warming affect a wide range of environmental and social aspects like ecosystems, economies, and communities according to the David Suzuki Foundation. These impacts are understandably overwhelming, making it feel as if it is an uncontrollable phenomenon. However, looking at possible effects of Earth’s rotation, as daunting as it may be, could show the public where to begin looking for solutions.

Doing this could pinpoint where to take action in policies related to carbon emissions and greenhouse gases to make way for a habitable future. For example, the rise of human-made carbon emissions increases global warming which melts glaciers at a much faster rate, shifting mass with respect to Earth’s axis rotation. A possible solution could be implementing policies to limit carbon emissions from production and consumption of materials and transportation. 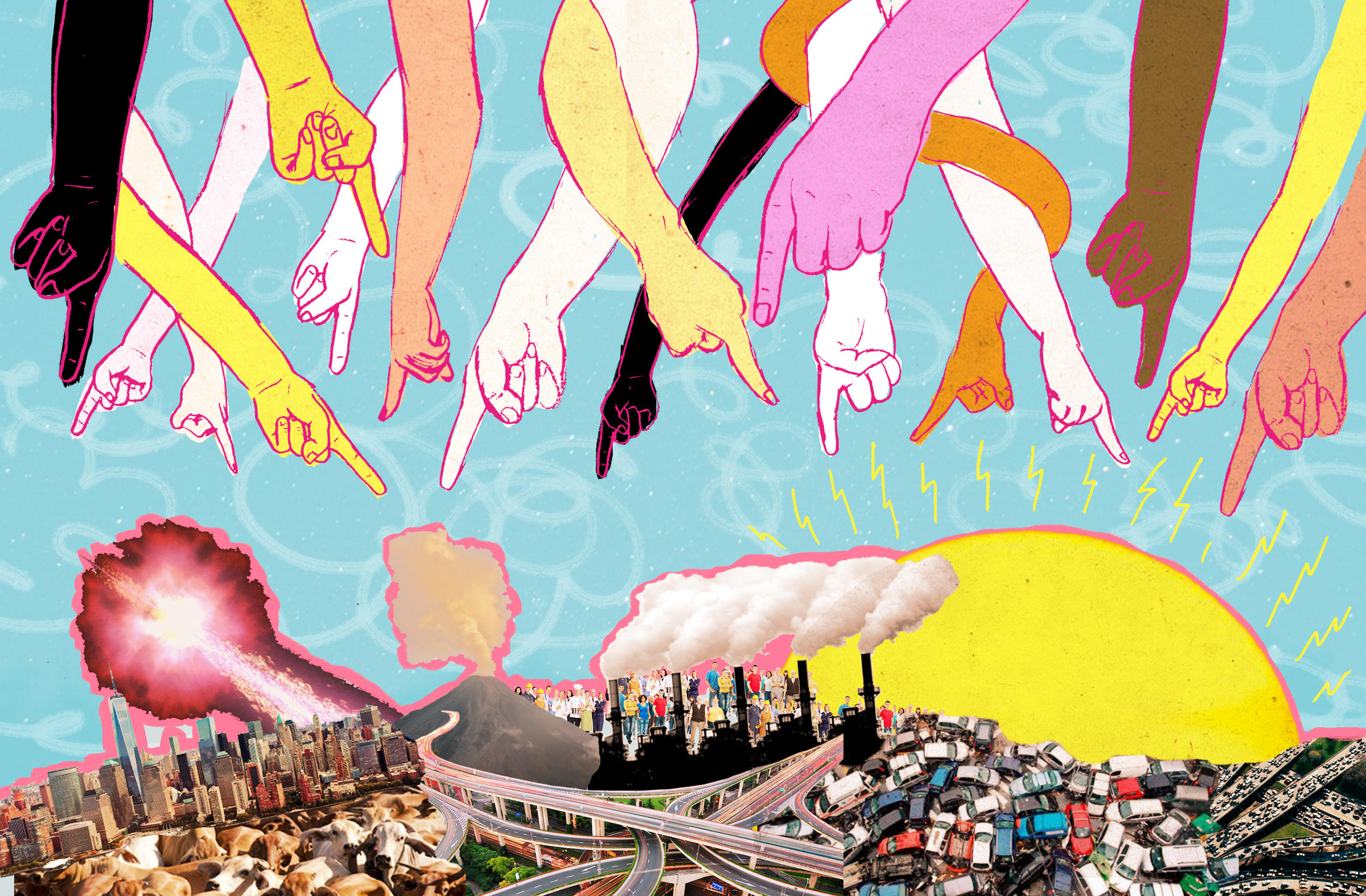 This article is not posing possible environmental catastrophes to create fear or panic. Rather, this article aims to inform the public of the potential effects of climate change to encourage new demands for policy changes and innovative thinking. No one needs to be a climatologist or scientist to dig deep into research and understand possible effects. In fact, taking the initiative to be curious can spark public engagement and conversation strengthens civic knowledge on global warming and encourages solution-orientated thinking.