As a recent university graduate, I have found that much of my extra time is spent taking a walk down memory lane. Although this little trip has many stops, I reflect over one specific time in my life the longest: my time in elementary and middle school. One night, while speaking to my brother about our time in grade school, he pulled out an old, dull yellow Social Studies Duotang. For the most part, he absentmindedly flipped through the pages until landing on one that made him stop in his tracks. I watched him as his eyes darted from left to right, reading the words on his over 10-year-old Duotang. Looking up, he passed the Duotang to me to show the page he was reading. 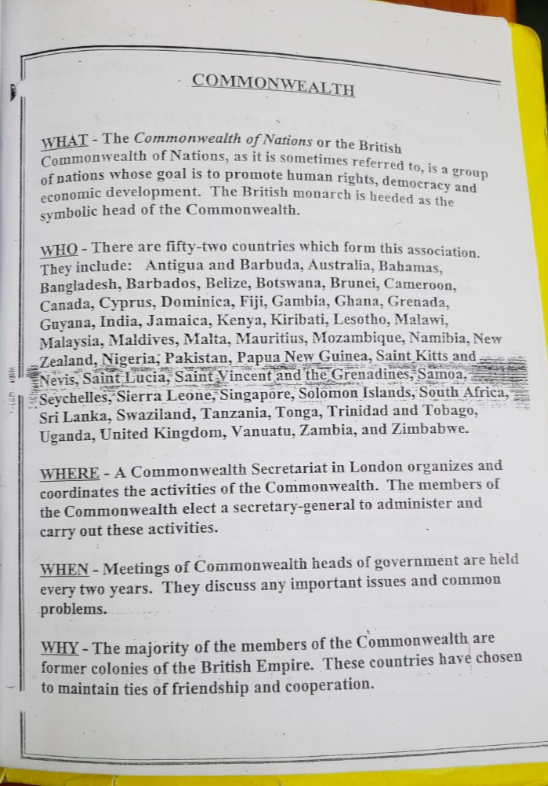 Social Studies Handout from 2011. The handout discusses the “What/Who/Where/When/and Why” of the Commonwealth Nations.

As soon as I read the title of the page, I rolled my eyes. The older I’ve gotten, the more I have realized the skewed information we were taught in school. The elementary curriculum omits darker parts of Canada’s history, and the alterations create a national narrative of simple harmony between its inhabitants. Reading that page only seemed to reopen that conversation and affirm what we have always known.

You see, it’s not that the definition of “the Commonwealth of Nations” is incorrect. It is, however, incredibly shallow. Not once does the document explain the one unifying factor between all of the countries listed as a part of the Commonwealth: their experience with British colonialism. Instead, under the “Why” section of the document, it reads that “These countries have chosen to maintain ties of friendship and cooperations.” If you look closely, you can see where the deception is – it lies with the word “chosen.”

By including this, the writer insinuates that the relationship between Britain and her colonies was one based on equity, harmony and outright friendship. It would be less jarring if the definition included the joint experiences that CommonWealth nations have: having their resources plundered by a foreign nation, multiple attempts to have their indigenous cultures stripped away from them, etc. I suppose in this instance you could see that their friendship comes from shared trauma at the hands of the British.

After reading the handout my brother and I wondered whether or not this sort of narrative was still taught in classes. After all, it had been around 10 years since we were in middle school. Unfortunately, I soon found a Global News article reporting on a similar incident. Here, an Ontario-based publishing company, The Popular Book Company, depicted a false narrative about Canadian Indigenous history. The book, entitled Complete Canadian Curriculum Grade 3 had a section called “Moving Out,” where the authors wrote that the “First Nations People agreed to move to different areas to make room for European settlers to move in.”

This simplistic and distorted version of history paints a picture of history where Indigenous people were given the agency to choose where they would live. By extension, it insinuates that they are responsible for any sort of injustice that happened to their communities in the past as well as in the present. All of this is done just by omitting the fact that Indigenous people were forcibly displaced from this land. As a result of the backlash, the publishing company decided to recall the books, citing an error on their part and an understanding that the book did not “provide an accurate depiction of the interaction between Canada’s First Nations and European settlers.”. 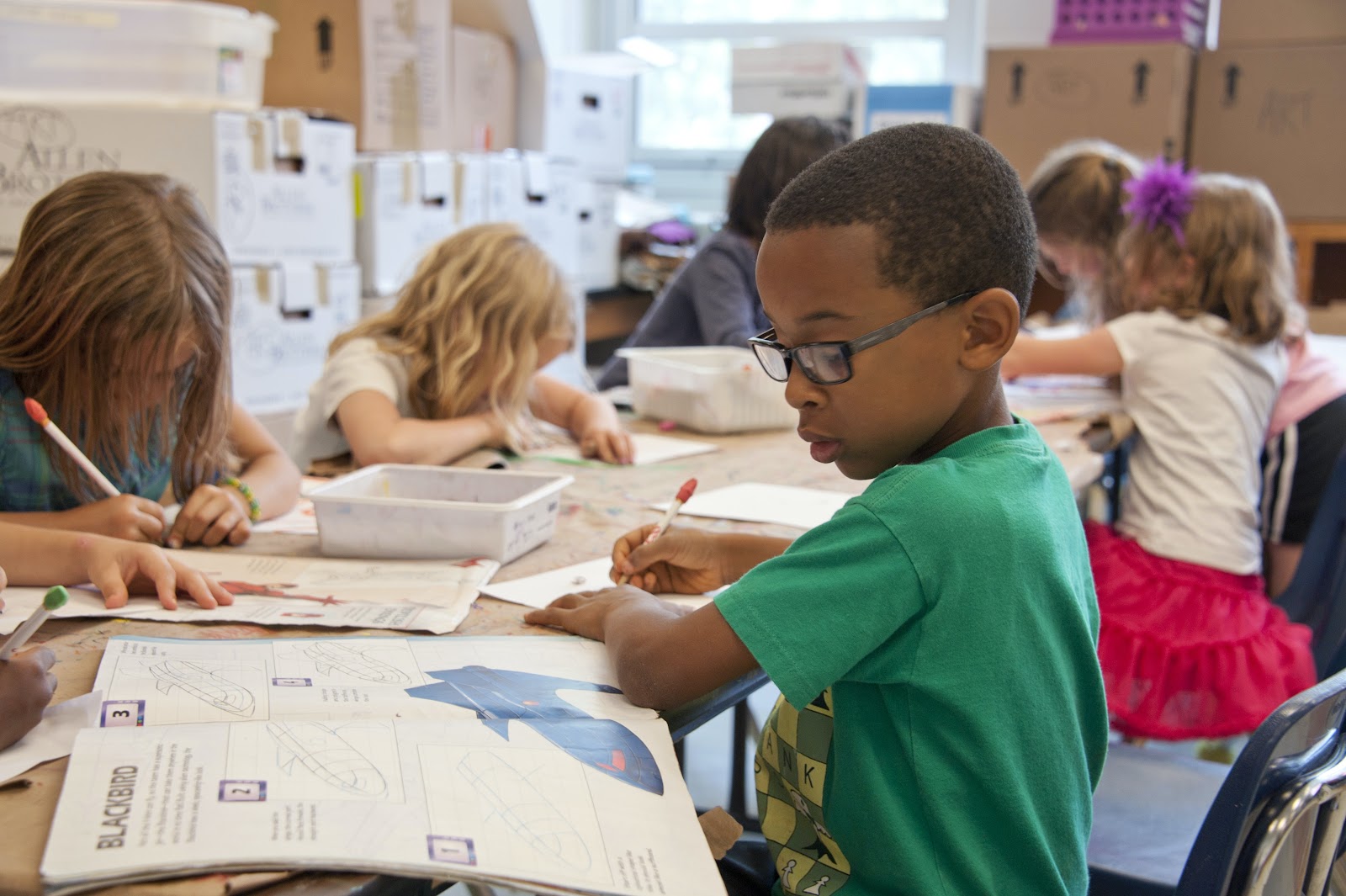 This Global News article clearly shows just how the education system has the power to legitimize and curate the narratives that make this country. Whatever is taught in school is usually believed to be what is important for the students to take with them as a way to mold their identity as a patriotic Canadian. In this case, the school was teaching a type of history where Canada and the early European settlers had a harmonious relationship with the First Nations — one where both parties had equal power. There were further issues with the textbook: at one point the authors write that Indigenous peoples wanted to get away from the  “hustle and bustle” of settler societies, thus perpetuating the stereotype that Indigenous people came from simple societies instead of the complex ones that we know to be true.

Executive Director at the Fort Erie Native Friendship Centre,  Jennifer Dockstader, highlighted how these misrepresentations negatively affect both Indigenous and non-Indigenous children. In both cases, they may come to think that the Indigenous community wanted to be on reserves, and so whatever misfortune they went through was, in turn, their fault. This may lead to Indigenous children thinking that since it was their ancestors decision to live on reserves they should be “okay” with living in the conditions given to them.

David Ikard, a professor of African American and Diaspora Studies at Vanderbilt University, speaks about the issues of revisionist history in his TedTalk “The Dangers of Whitewashing Black History”. He briefly tells a story of a time when his 9-year-old son came home from school and told his dad what he had learned about Rosa Parks. “I learned that Rosa Parks was a frail old black woman” and “she sat down in this bus…when the bus driver told her to give up her seat to a white patron she refused because she had tired feet and she was tired of oppression.”. The son ends this off by saying that she “Marched with Dr. King and believed in non-violence”.

Ikard, being an expert in this topic, began to tell him the truth to Parks’ story: “She was not tired. She was not old. And she certainly didn’t have tired feet.” When he goes into further details of Parks’ life story, his son grew confused, wondering why his teacher, who he had really admired, would lie to him and his classmates. Schools are authority figures in the lives of their students and many times students take what they teach as the truth. If Ikard was not a professor, or knowledgeable in African American history, his son may have very well walked around in life believing what his teacher taught him and thus unknowingly take part in the erasure of the history of his people.

There are some people who may believe that re-writing history and excluding some facts should be allowed for younger students because the reality of what happened to the Indigenous community (including genocide, sexual assault, poor living conditions) is too much for a young audience to understand. However, there are ways to discuss this with children. Trish Frempong of Toronto decided against purchasing the book for her seven-year-old daughter after realizing the false narrative it was telling young children. She, and many other parents, argue that the “Moving Out” section should never have been in the textbook, to begin with.

Frempong told Global News that as a Black woman she felt that it was important for her daughter to understand the basics when it comes to Canada’s early years. “She knows in a nutshell that Indigenous people didn’t give up their land freely, that they were harmed in the process, that violence was bestowed upon them and forced upon them and there’s a ripple effect.”. Although some details may not be suited for a young audience, it is still necessary for them to know the basic truth so that similar incidents are not repeated.  There is something insidious about a country that claims to be a cultural mosaic feeding their youth lies in order to hide from their crimes.

If you are like me, you may wonder to yourself, “Well, what’s the big deal? Yes, the Canadian education system is used as propaganda but most of us come to know this the older you get.” While that thought is completely reasonable, classical academic education is the first step in citizens understanding their role in their country and the history of their country. As Idris, et. al writes, “Education […] has a crucial long-term role in developing a knowledge and understanding of human rights, the values base they represent, and the skills to strengthen a democratic culture.” Education helps to create an individual’s  “social identity”, as they “[frame] their understanding of themselves and their relationships with other people.” A traditional education curates a ranking system within which everyone in society orients themselves. Through it, they can see how important they, or their people’s stories, are in the community.

Jamila Lyiscott’s TED Talk specifically focuses on the ways in which language, specifically in English class, is doing more damage than good for students of colour. Jamila highlights the ways in which “language is a site of cultural struggle” in a growingly racially and ethnically diverse world. Many children are able to speak more than one language, but they are not encouraged to embrace that side of themselves. According to her, the implied importance of the English language over others is steeped in colonial history. An African proverb she cites encapsulates this well: “The bullet was the means of physical subjugation; the language was the means of spiritual subjugation.”.

Lyiscott goes on to target the narrow way in which students are told to express themselves in English classes. For example, she says that the traditional five-paragraph essay is too limiting for many students, “The power of what they have to say is so much deeper than that. And to silence them and continue marginalizing the identities of students in the service of a singular standard is violence.” This line can be connected back to the textbook incident mentioned earlier. Although in both cases there are no signs of physical violence, pushing people to believe one narrative, a lackluster one at that, disables people from seeing their own worth in society. They are then told that who they fundamentally are, as an Indigenous person or a person of colour, does not add value to the community. Instead of equipping young minds with the gift of critical thinking and open-mindedness, this traditional educational tactic anchors them in believing a single story. 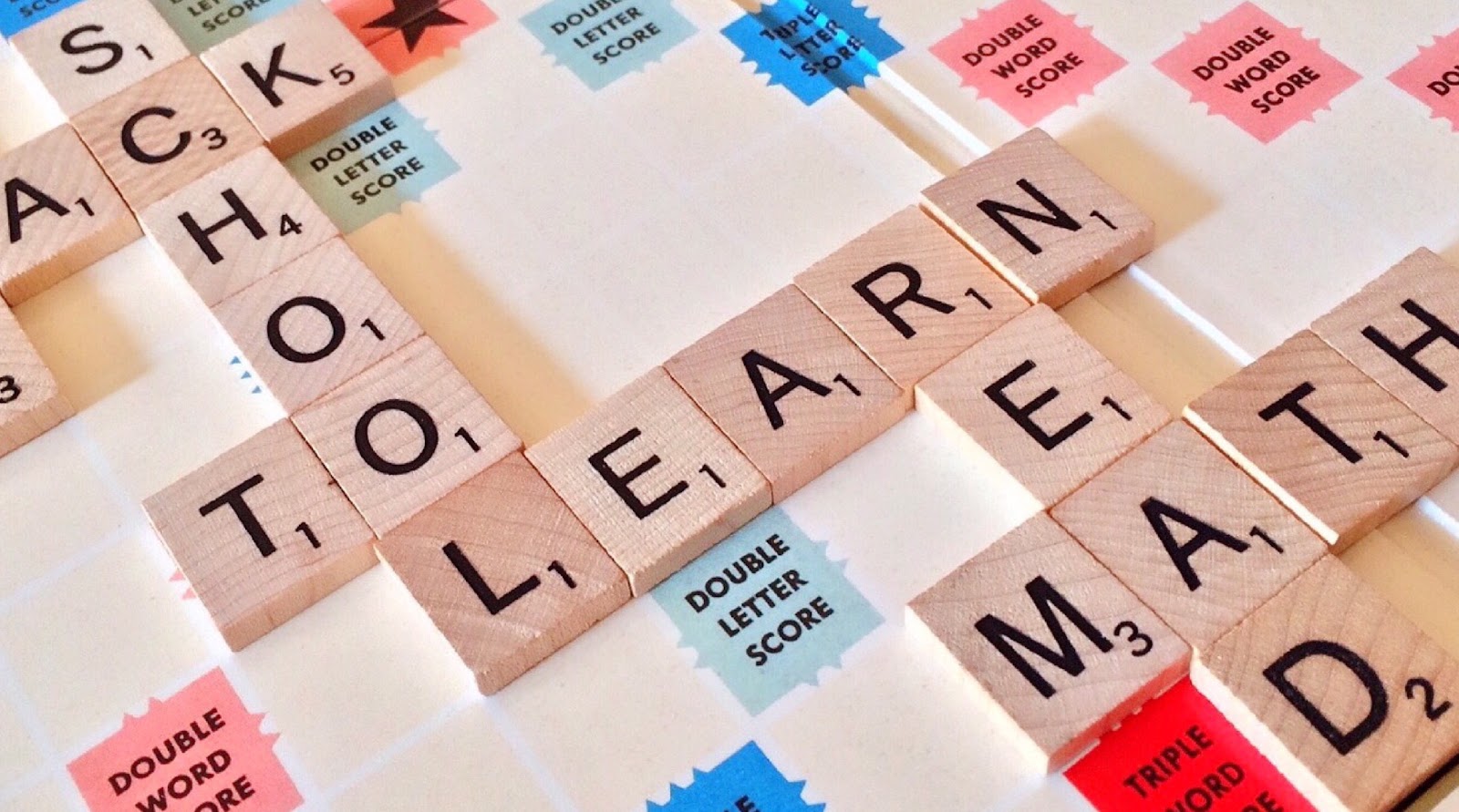 Lyiscott does not end the TED Talk without discussing the ways in which we can change this in our education system. She calls them the “5 Paradigm Principles”: Awareness, Agency & Access, Actualization, Achievement, and Alteration & Action. Each paradigm asks the student and the institution itself what they are doing to help create a safe space for a diverse student body to learn in. For example, “awareness” essentially asks the question “Who am I?” and focuses on the “social identities that we each navigate,” as well as who you are and what your linguistic repertoire consists of. “Actualization,” asks whether or not the institution is allowing for “different ways of knowing and being.” It is through these paradigms that students from different backgrounds truly learn and grow through various pedagogies — ones that align with who they are instead of performing violence on them.

More often than not, many of us forget the specificities of what we learned in school. I, for one, did not remember learning about what the “Commonwealth Nations” was until my brother found that old Duotang. However, one thing is for certain: we remember how school made us feel. Did it encourage us to embrace our racial and ethnic identities, or did it try to force a uniform idea of what it means to be “Canadian”?  I personally know that when looking into this question and reflecting on my own life, I have seen the clear ways in which assimilation was fed to me and my classmates. Try looking back in your own life, and see what stories from your personal recollections unfold.