November 1st marks the start of the nonprofit March of Dimes’ global campaign to promote the health of premature babies, a group that is often forgotten.

The 1990’s marked a new edge of viability and headway into this endeavor; any infant above 23 weeks had a shot at survival. Previous generations of premature infants were unable to survive at such an early gestational age due to lack of proper technology. A birth weight at one pound, twelve ounces, or between 23 and 26 weeks constituted a micro preemie.

As a former micro preemie in the 1990s, my story began when my mother was admitted to critical care unit because her lungs were collapsing.  Her body was trying to save me before herself, and it was uncertain whether we would make it through that night.

With relentless prayer, we survived. The next morning, my mother received an amniocentesis needle (with a length comparable to that of a Subway sandwich) that checked the state of our health and the pregnancy. My sex was discovered in that moment, with about twenty people in the room. There was no names picked out for me yet, so in the forthcoming hours my then-seven-year-old sister was given the task of naming me. My mother was stabilized, and there was discussion of her staying in the hospital for the next three months and carry me to term. 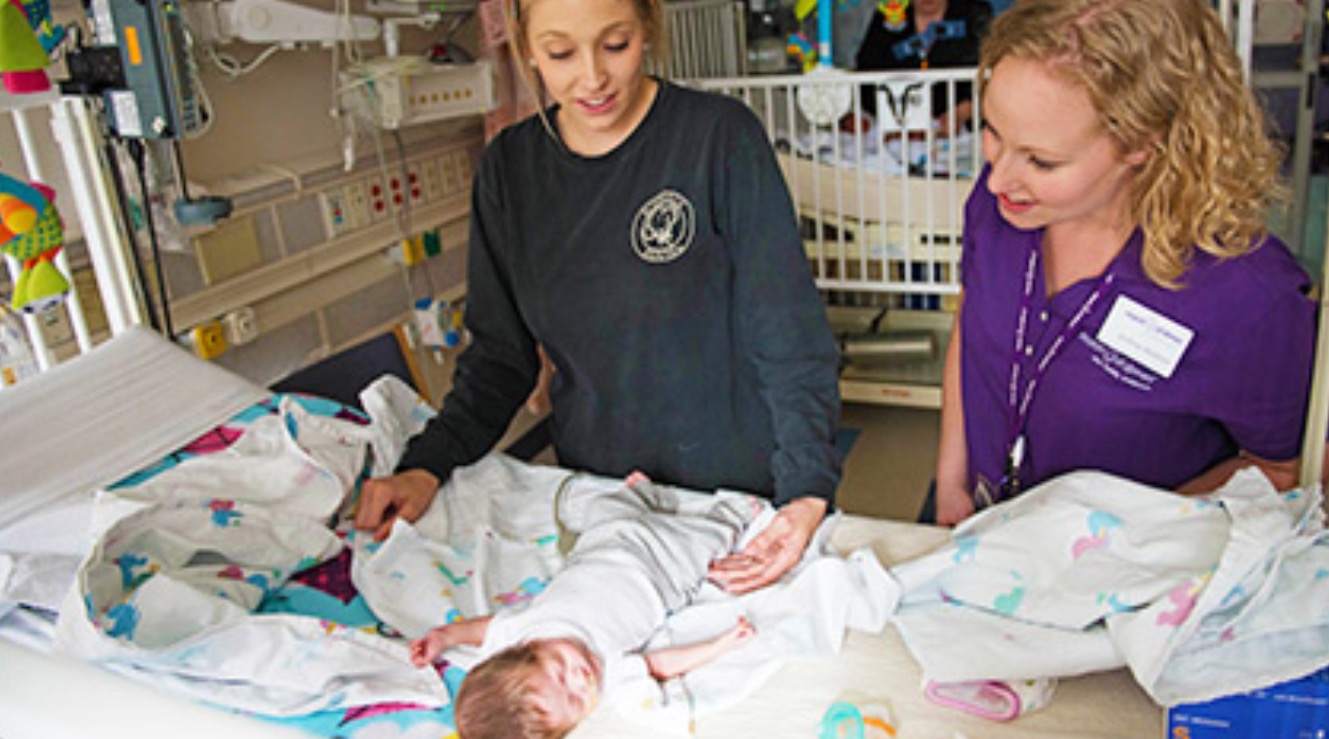 A mother and her infant in the NICU

Unfortunately,  my mother’s lungs had not recovered.

A few days later, she was instructed to sit up to aid her breathing. This action was a catalyst to her preterm labor. I was born at 25 weeks, weighing two pounds, one ounce. Immediately after birth, I was rushed to the Neonatal Intensive Care Unit (NICU), and put in an incubator and ventilator to breathe on my behalf because my lungs were so underdeveloped. I was placed in the level five unit,  reserved for the sickest and youngest infants.

The incubator I was placed in was not unlike the ones Stéphane Tarnier conceived as he gazed at a chick warmer in a Parisian zoo in 1880. Eventually, the passionate obstetrician modified the incubator to support human beings and placed it in the Pavilion des Délibes, or House of Weaklings, the world’s first nursery to save premature infants.  Tarnier’s incubator was not an astounding achievement compared to other means of caring for these infants in the 19th century, but his persistence led to a donation of 40,000 francs from the French government due to policiticans’ fixation on birth rates at the time.

Though Tarnier was one man, his persistence led him a long way. My shockingly small body was the same; persistence was the key to survival. So many tubes were attached to my fragile veins that I looked like a pinpricked porcupine, with translucent skin. I was so tiny, I didn’t fit into the smallest of my sister’s American Girl Doll clothes. I was not allowed to be held by my parents until I was four weeks old, and even then it was an hours worth of untangling wires for a few minutes of coveted skin-to-skin contact. Those storybook moments of a mother holding and nursing her newborn for the first time were completely shattered.

Tarnier’s project progressed slowly at the Marternité Hôpital. As a result of parents’ poor education on how to care for sick babies, leading to poor infant condition as they were admitted to the hospital, the results were catastrophic. “Mortality rates rebounded to [more than] 75% without even counting babies who died within two days of admission.” This caused the obstetricians to denounce not only the project, but the idea of saving premature infants entirely. 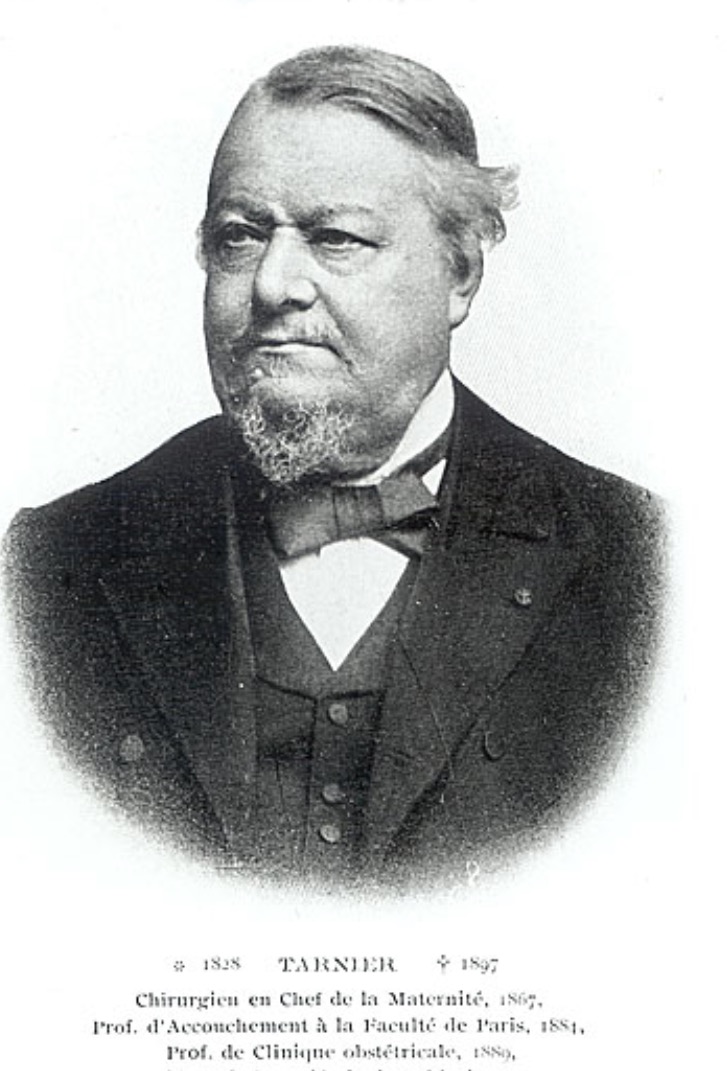 Similarly, my own disaster struck a few weeks later; my lungs were still very fragile, and I  fell into respiratory distress. My survival was uncertain. A high risk team was by my side for the next ten hours, monitoring my every move. They switched between three different ventilators in an attempt to help me breathe.

Physician and inventor Alexander Lion originally improved the incubator with a ventilation system.  Lion’s idea also had an inevitable pitfall; the cost to use these incubators was astronomical. The solution was in an exhibit in the Berlin Exposition in 1896, named Kinderbrutanstait, or Child Hatchery. The money raised through the price of admission paid to keep the incubators running and a full-time nursing staff to monitor the infants, as if the exposition was a working hospital.

The show became so popular that it toured the World’s Fairs around the globe. Onlookers marveled as if these children were monstrosities, no longer human beings with names and any sense of privacy. Kinderbrutanstait was routinely placed with ethnic dances and freak shows, which only reinforced the public’s opinion of these children, a surprising repercussion of such a good deed.

Just like Kinderbrutanstait, I survived, though not without consequence. A rare disease victimized the blood vessels in my eyes; a byproduct of the high levels of oxygen used to aid my lungs. This condition, called Retinopathy of prematurity (ROP), is the same disease that left superstar Stevie Wonder blind. It quickly threatened retinal detachments, leading to four surgeries, all while my weight was under four pounds. One of these surgeries was in the midst of raging snowstorm. On the day of that blizzard, it was announced that, after multiple attempts, nothing could be done for my right retina. The doctors reported that it had detached, leaving me blind. My parents were devastated as “out of 3.9 million infants born in the United States each year, about 14,000 are affected by ROP, with 90% only having the mild disease. About 1,100 to 1,500 require medical attention, and 400-600 go legally blind each year.” Clearly, I was in the gray area.

Kinderbrutanstait was falling into the grey area as well, with the misinformed attitude of spectators damaging the perception of premature infants. This captured the attention of showman Martin Couney, who brought the show to Coney Island, USA. During the show’s 40 year run, he treated 8,000 babies, including his own daughter, with an 80% success rate. Couney resisted the idea that incubators had simply ‘gone out of style’ in the 1920s and the rising immigration rates deemed premature infants expendable due to their weak nature.  The care that he provided was unmatched, and caused hospitals to implement the same techniques.

This constant care, along with the continued presence of incubators led to success in Couney’s show, and in my own story. My parents received a great Christmas present that year. Not only was my incubator decorated for the holiday season, but I was finally off of the ventilator, and breathing with a CPAP (Continuous Positive Airway Pressure) machine. Eventually, a speech pathologist taught me to breathe, suck and swallow properly. My mother and father learned to care for me on their own, without the immediate help of a nurse, and I officially graduated from the NICU after 90 days. 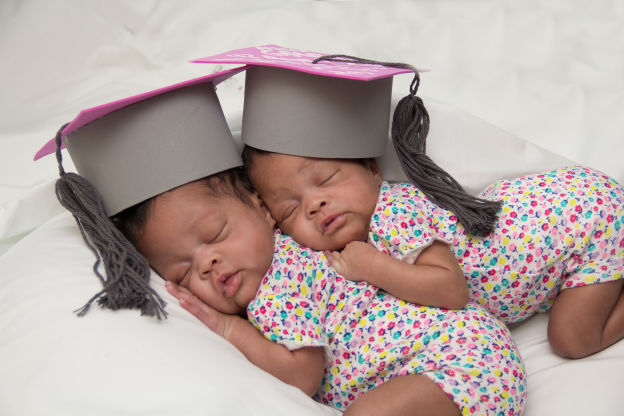 Upon my arrival home, my world became a revolving door of doctors and therapists acquainting my family to my disability. It was a race to catch up for lost time and catch up to the developmental milestones of my peers. This race was seemingly halted at age three, when I developed a cataract on my left eye, lessening my sight over the span of several months, until I became legally blind. After many consultations, my family travelled to South Carolina, USA, for surgery with the mentor to the doctor that I regularly saw in Philadelphia. Prayer flowed through many hearts and into the heavens until the surgery was deemed successful. My restored sight deemed me finally ready to conquer the world.

My eyes almost didn’t see life outside of a hospital. I sometimes struggle with this realization, as well as my identity as a disabled individual. I owe my life to so many people, from my caretakers in the NICU all the way back to the brave souls on Coney Island. Stories like mine are often forgotten, and organizations like the March of Dimes work to maintain awareness of future generations of kids like me.