Among developed nations around the world, the United States has made headlines for how woefully unprepared its healthcare system has been for COVID-19. A new analysis and chart collection found that the US has fewer practicing physicians and hospitals per 1,000 people than countries like Italy and Spain. The United States is regarded as one of the wealthiest nations, so why is COVID-19 presenting such a challenge to its healthcare system? The answer lies in the structural issues within the American healthcare system and ultimately, in how Americans perceive healthcare as a commodity rather than a public good.

In recent years, healthcare has been a core issue that has loomed over many elections and policy decisions in the country. Even before the coronavirus dominated headlines, the American healthcare system faced rampant criticism and required reform. The American system involves public and private entities that own health infrastructure, such as hospitals, clinics, doctor’s offices, and other health care facilities. Without insurance, healthcare in the United States is extremely expensive.

For instance, a simple flu shot costs $40 at your local Rite Aid while fixing a broken leg can cost up to $7,500. Even a 3-day hospital stay, which usually racks up to around $30,000 in total, takes a heavy financial toll on the average American family. To combat the high costs of healthcare, patients pay a monthly fee to the various health insurance companies that provide coverage whenever they have to pay a visit to the doctor. Health insurance is a necessity for all Americans that must pay the exorbitant cost, except for seniors and the very poor who qualify for Medicare and Medicaid. Those who don’t pay can potentially face medical bankruptcy if they ever experience a medical emergency or a serious accident.

The largest concern for millions of Americans is how expensive medical insurance is. The statistics speak for themselves: in 2013, more than 44 million people lacked coverage. Even after the implementation of the Affordable Care Act (ACA), otherwise known as Obamacare, 45% of uninsured adults in 2018 said that they remain uninsured because the cost of coverage was too high. Lower-income families in the US are especially affected by this, as Medicaid has yet to be expanded in 14 states as of 2020, causing them to be ineligible for financial assistance for coverage.

Of course, it is impossible to discuss the American healthcare system without mentioning the Affordable Care Act, which was one of the Obama administration’s most notable achievements. It was voted into law in 2010 and its main purpose was to improve the healthcare system throughout the United States. Several of its goals were to set minimum standards for health insurance policies, expand Medicaid eligibility, require individuals without employer-provided insurance to purchase health insurance, offer consumers a good way to find suitable health insurance and provide subsidies for those who need it. Under this act, 11 million more Americans became insured.

However, one of the Trump administration’s major goals is to eliminate Obamacare due to the sentiment that it imposes too many regulations on businesses. Although his efforts to repeal Obamacare have failed, Congressional Republicans were able to succeed in repealing the Obamacare requirement that people buy health insurance or pay a tax penalty. Additionally, Obamacare advertising spending saw a 90% reduction and average premiums have nearly doubled since 2014. Gallup also reported the adult uninsured rate had dropped to a record low of 10.9% in 2016 but has since risen to 12.3% post-Trump. 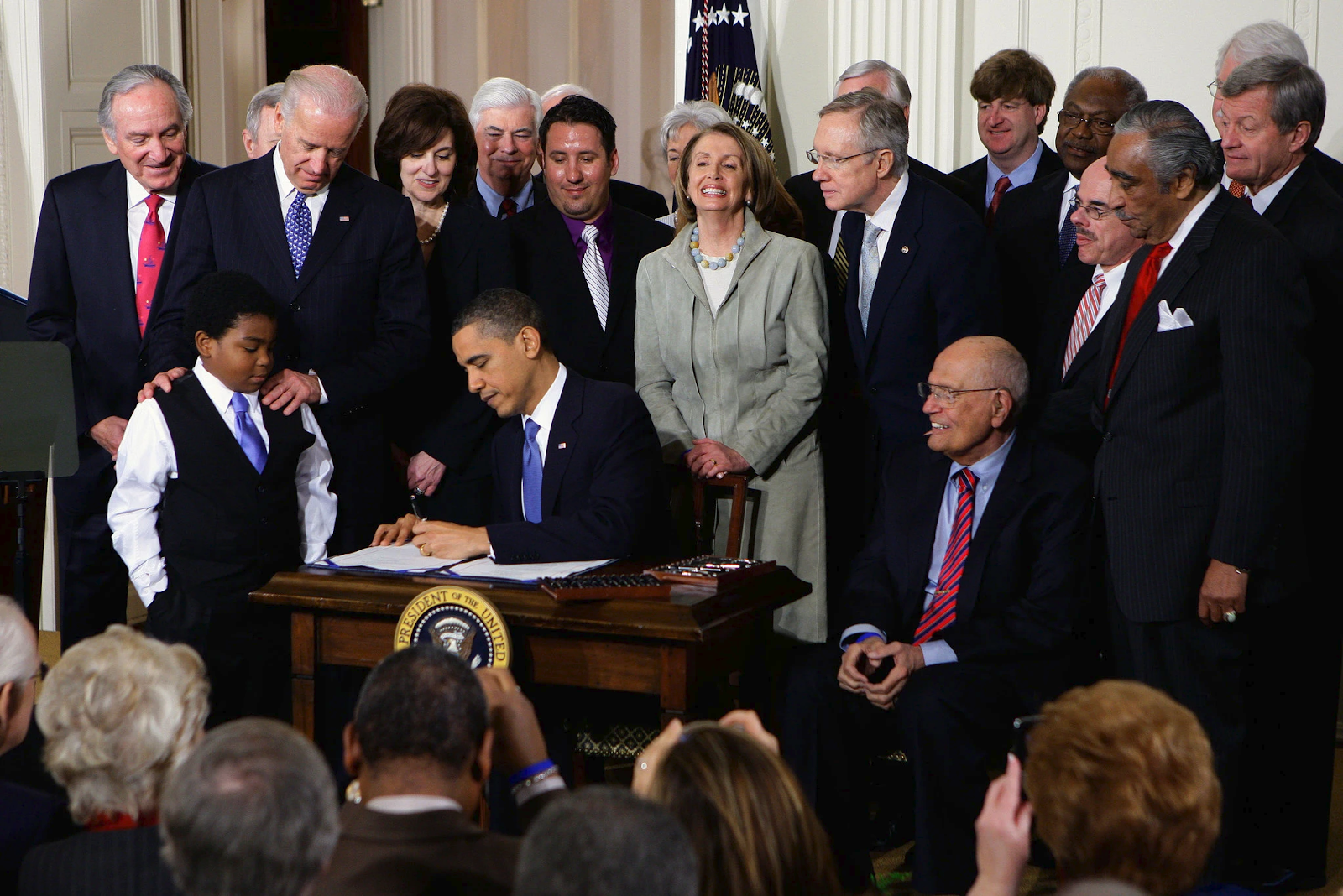 With the sudden onset of the coronavirus pandemic, the true weakness of the American healthcare system was revealed. The price of staying in a hospital and receiving treatment is high enough to turn away many Americans who fear they are sick. In 2019, 33 percent of Americans claimed that they put off treatment for a medical condition because of the cost. In an analysis from the Kaiser Family Foundation, they estimated that the average cost of COVID-19 treatment for someone with employer insurance and no complications would be around $9,763. If they have complications, costs could go up to $20,292. Even with employer insurance, patients could still pay out of pocket more than $1,300. In the most extreme cases, such as for one Florida patient, treatment could be a devastating $34,927.

For the around 27 million uninsured people right now, getting access to healthcare is then essentially a choice between receiving care or paying monthly rent. Coronavirus has caused the US unemployment rate to rise to 13%, meaning that many Americans are scrambling to cover all of their finances and can hardly afford to spend thousands of dollars on healthcare. Under new legislation passed by Congress, being tested for the coronavirus is now free, along with the cost of the doctor’s visit or a trip to the emergency room, but treatment is not. This discourages people from visiting hospitals and getting necessary treatment, making it all the more difficult to combat this epidemic. People who might require treatment will lose access, putting their lives at risk along with everybody they are in contact with. 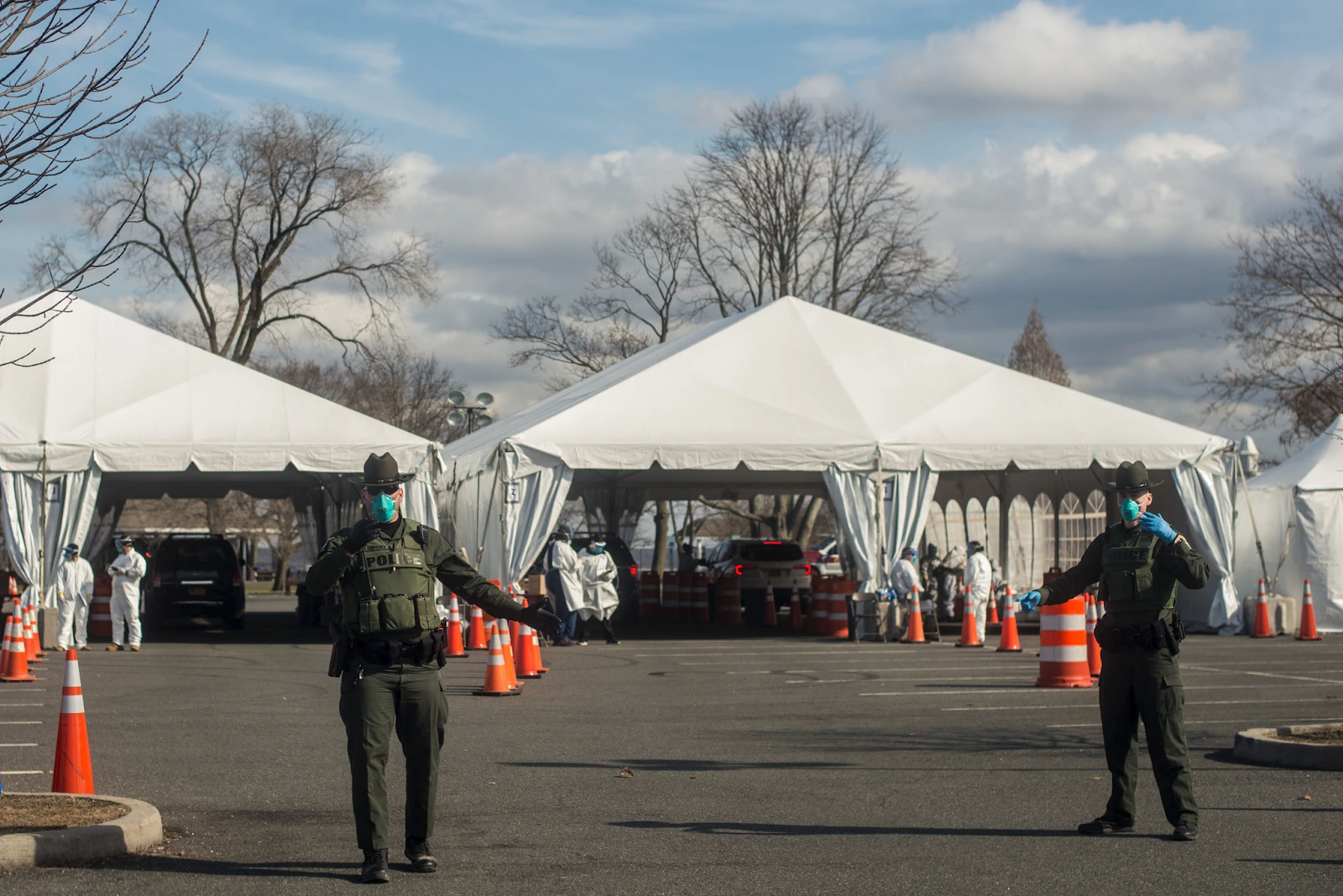 Compared to other developed nations, it is evident that the United States has been inadequately prepared for the coronavirus. For instance, take Taiwan, which despite being much closer to the Chinese mainland, has had fewer COVID-19 cases. Taiwan has a single-payer health program which allows for  every citizen’s medical records to be kept in a single system. A single-payer healthcare system is defined as a health insurance system that is financed by taxes and managed by one entity, typically the government. Under this system, people have access to essential healthcare their entire lives, regardless of their ability to pay. Taiwan has recently added travel records to these files, which allowed the government to keep track of a patient’s travel history and to then take action to stop the virus from spreading further.

Other single-payer healthcare systems, such as South Korea’s and Denmark’s, have been able to quickly mobilize drive-through testing and other methods that allow them to respond accordingly. The catch about single-payer systems is that the burden does not fall on the citizen’s shoulders; the expenditure is large, but the national and regional governments are willing to cover the cost. While the nations with this system have not handled the coronavirus situation perfectly, their citizens do not have to be concerned about the medical bills all the while dealing with a worldwide pandemic. The United States has shown that its lack of a centralized healthcare system has left it floundering to mobilize additional testing and support for its citizens, leaving American citizens to fend for themselves.

COVID-19 has shown Americans one thing: our current healthcare system requires reform. It is in times of crisis that the greatest innovations are undertaken. A famous example would be the Social Security and other safety-net programs that were implemented during the Great Depression as a recognition of the failure of the past and as an effort to reform the future. So far, US politicians have made great strides during this crisis to amend the healthcare system. The government is finally providing paid sick leave for employees and some states have even reopened health insurance exchanges under Obamacare and expanded Medicare. However, these reforms mean nothing if they are not here to stay. America’s wake up call is here and it will be a testament to our strength as a nation if we recognize health care as a right guaranteed by the government and not as a product to sell at the highest price.