2020 has been an unprecedented year so far with social movements across the globe such as the Black Lives Matter (BLM) movement, and the recent United States election. In addition, numerous catastrophic natural and man-made disasters including the disastrous Beirut explosion that resulted in >200 fatalities in August, as well as, the introduction of dangerous invasive species to North America also occurred in 2020. Unequivocally COVID-19 — short for coronavirus disease 2019 — caused by the novel coronavirus (SARS-CoV2) which was discovered towards the very end of 2019 changed lives globally in 2020. To date, there have been ~1.3 million deaths and 220 countries/territories affected by COVID-19.

Most countries have tried to combat the pandemic by enforcing social distancing, which has caused a dramatic change in most people’s lifestyles. This has forced a large proportion of individuals to work from home, impacting various industries including transport and manufacturing.

All of this has indirectly impacted the environment in mostly a positive way. For instance, global emissions of greenhouse gases (GHGs) have significantly decreased compared with pre-pandemic conditions. GHGs are gases in the atmosphere that trap heat. If GHG emissions increase, they can trap excessive heat and contribute to global warming.  The combustion of fossil fuels due to human activities such as vehicle exhausts and industrial processes are the major contributors of GHG emissions. However, there has been a significant decrease in these emissions during lockdown conditions. This decrease can be attributed to the changes undergone by major contributors of these emissions, such as a notable drop in the use of all modes of transportation (motor vehicles, trains, planes, and ships) and halting and decreasing production in power plants and manufacturing facilities like coal and steel.

Climate change has become a major problem, especially since the industrial revolution which led to an abrupt and rapid increase in GHGs emissions. It is therefore imperative for countries worldwide to work together in order to combat climate change, which is very close to reaching a tipping point of irreversible change.

Melting sea ice is a side-effect of climate change and affects many Arctic species such as the polar bear (Image Source: Smithsonian Magazine)

Assessing how GHG emissions have changed with the enforced pandemic restrictions compared with regular conditions serves as a valuable indicator of how climate change conditions have improved. Researchers have examined changes in levels of several GHGs, the most potent ones consisting of carbon dioxide (CO2), nitric oxides (NOx), particulate matter (PM) and ozone (O3).

All analyses show the same trends with a decrease in all emission levels since the start of lockdown conditions (February onwards). For instance, worldwide CO2 emissions have decreased by ~17% compared with 2019; while NO2 and PM levels decreased by >60% and 20-30%, respectively, in China during their quarantine period in February 2020. The same trend is also seen on a global scale, with NO2 concentrations showing a significant decrease in European countries like Rome, Madrid and Paris when quarantine restrictions were put in place. However, it is important to consider that these results might very well be temporary as pandemic restrictions start to loosen and life returns to ‘normal’. 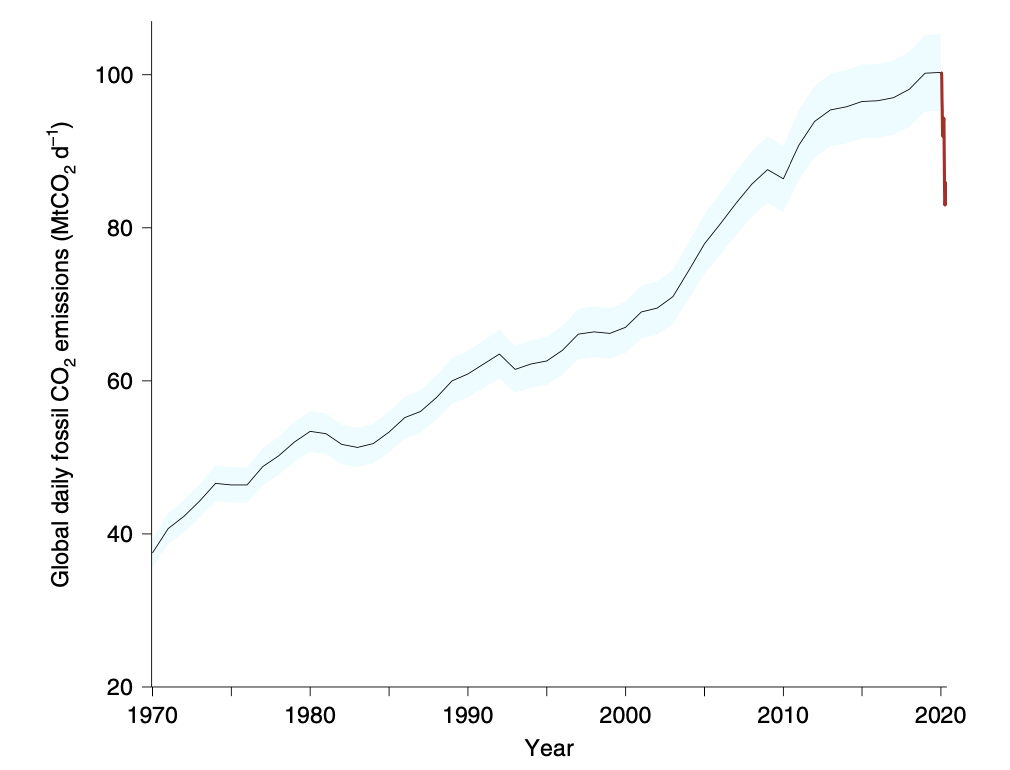 Predicted carbon dioxide emissions for the year 2020 based on results up until April 2020 show a noticeable drop (Image Source: Le Quéré et al.)

Water pollution, which is caused by harmful substances entering water bodies, results in decreased quality of water. This wrecks havoc on the aquatic ecosystems by compromising the health of marine life. Additionally, the toxic substances in water can also accumulate in marine organisms’ bodies; if humans consume the polluted water or marine life living in this water, the toxic substances can then build up and affect the individual’s health. Therefore, water pollution poses a significant problem not only for marine ecosystems but also for humans.

Undeniably the activity of major industrial sectors such as automotive, steel and coal industries have decreased with the onset of the pandemic. This has had a cascading positive effect on water pollution in areas where industries commonly dump their waste into water bodies like rivers, lakes and streams within India and Bangladesh. Studies conducted in India show a 500% reduction in sewage and by-products of industries in certain rivers.  This has resulted in a significant improvement of water quality and standards, which are now measured to be within the acceptable surface water quality of India. 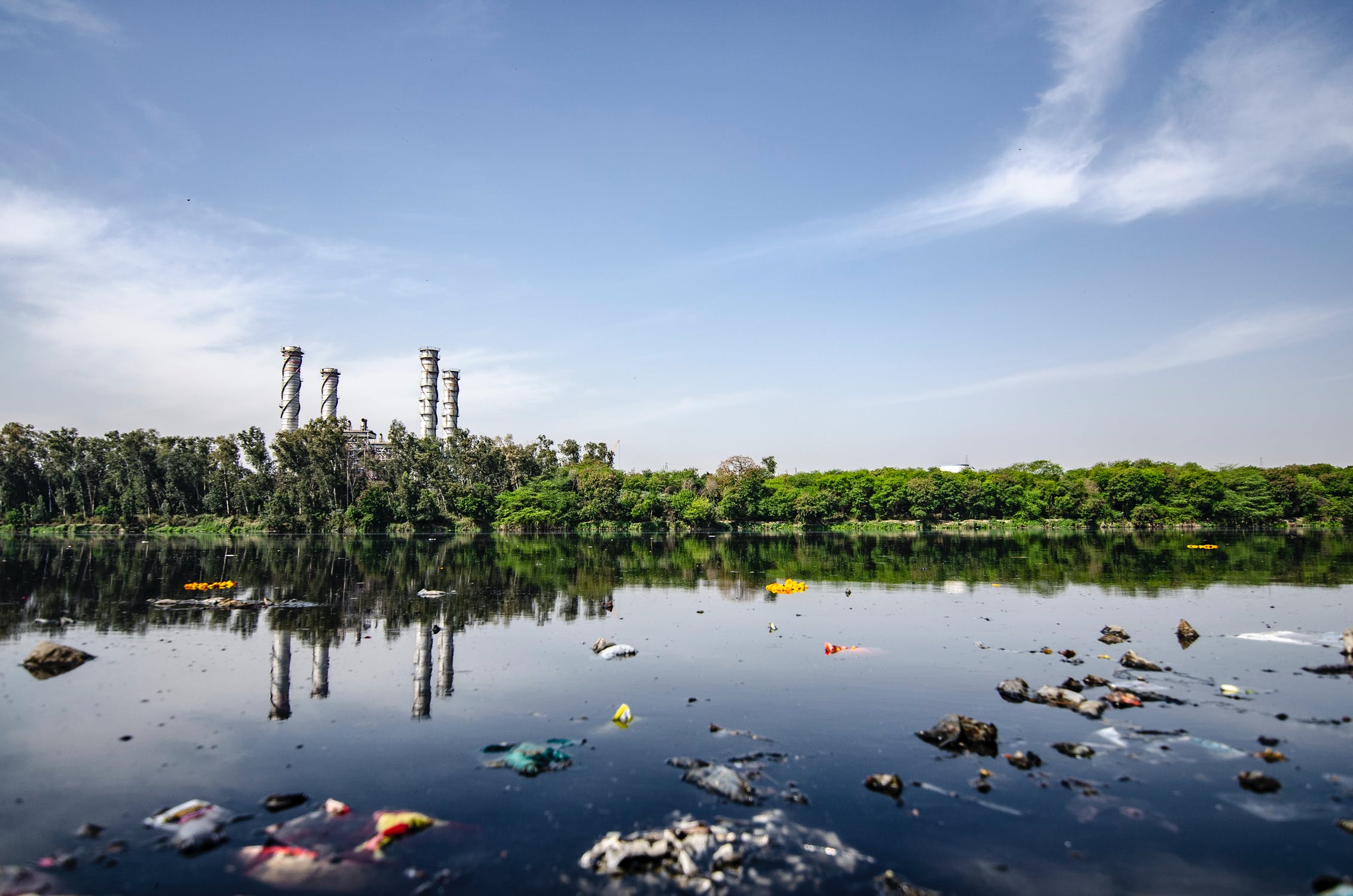 Alongside water pollution, noise pollution has also seen a dramatic decrease. Noise pollution is the increase in sound levels and can be contributed to human activities such as construction and vehicles. This causes adverse effects for wildlife as well as humans. In terms of human health, ~360 million people are at risk of losing their hearing worldwide annually due to noise pollution. In terms of wildlife, noise pollution can disrupt the predator/prey relationship since many of these relationships rely on their hearing to hunt and escape. The decrease is credited mainly due to people staying indoors more and less vehicular transport on roads. In Delhi, which is usually one of the busiest cities in India, noise levels have decreased by >50%.

There is no question that the COVID-19 pandemic has had a dramatic impact on the environment, with changes noticeable as soon as quarantining restrictions were introduced in various countries worldwide. This is because the pandemic introduced new ways of life in order to keep people safe. With this came the shutting down of many business sectors, some of which are the biggest contributors to GHG emissions leading to climate change. This has indirectly improved air, water and noise pollution globally.

However, it is important to note that the changes seen could be temporary and as restrictions start to loosen, the positive impact can very well be reversed if the activity starts to return to previous levels or shows an even greater increase than before. Therefore, it is important to recognize the positive changes seen during the pandemic as an indicator of how significantly humanity contributes to climate change.

Moving further, if we want to continue seeing a decreasing trend in GHG emissions and an overall improvement in the environment, the implementation of environmentally sustainable strategies is vital to avoid tipping climate change to the point of no return. This provides an alternative solution to a permanent lockdown, which even though does benefit the environment, has had many other disadvantages and functions only as a temporary solution that made us realize how much humans impact the environment. Environmentally sustainable strategies include regulations at a larger level involving communities and governments such as shifting to the use of more renewable energy sources instead of fossil fuels, as well as implementation at the individual level with something as simple as carpooling, recycling and reusing. 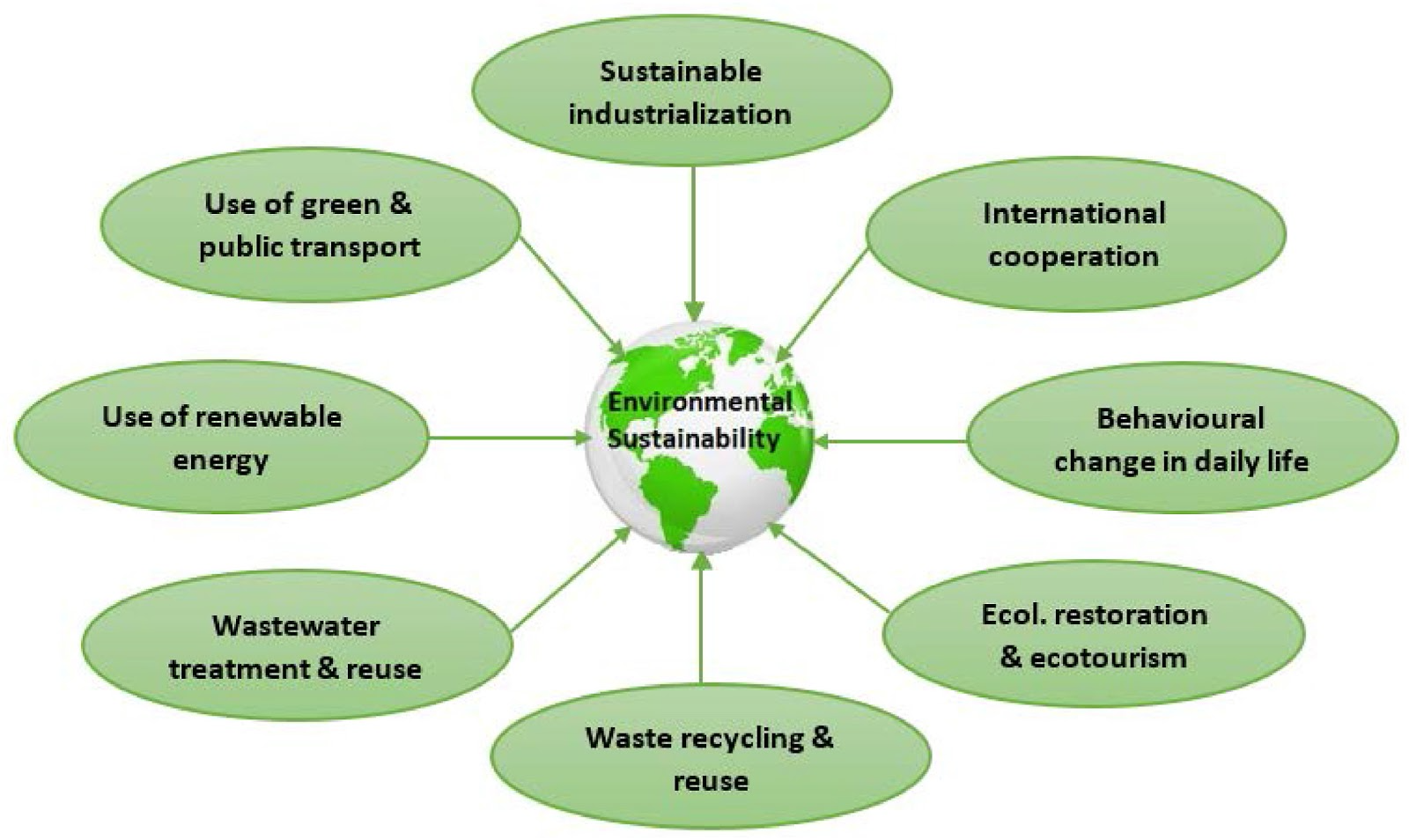