Escape rooms have always been a guilty pleasure for me. There’s something addicting about leaving reality behind for an hour with a rowdy group of friends, pretending that the fate of the world rests in your hands. These interactive simulations bring adventure games and spy movies to life, trapping teams in high-stakes situations, challenging them to solve a series of puzzles and exit the room before time runs out. Players may have to answer a riddle to reveal a passcode, press coloured buttons in the right order to open a door, or crawl throughout a room of lasers to steal a precious heirloom on the other side. Ever since escape rooms popped up in Japan in the mid-2000s, they’ve ballooned in popularity, with over 2800 locations worldwide. The geekiest escape room enthusiasts have created online communities, events, even seminars dedicated to the art of the escape room. There is now an Escape Room World Championship, sponsored by Red Bull and hosted in a new country every year.

As an amateur escape room fanatic, I wanted to understand the mechanics behind the fun of escape rooms. What elements of game design make an escape room fantastic? What hidden skills do players develop while they’re having a great time? How has this booming industry adapted their entertainment to the changes in our COVID-19 environment? I reached out to some of the finest minds in the escape room and game design world, and I think I’ve gotten one step closer to solving the puzzle. 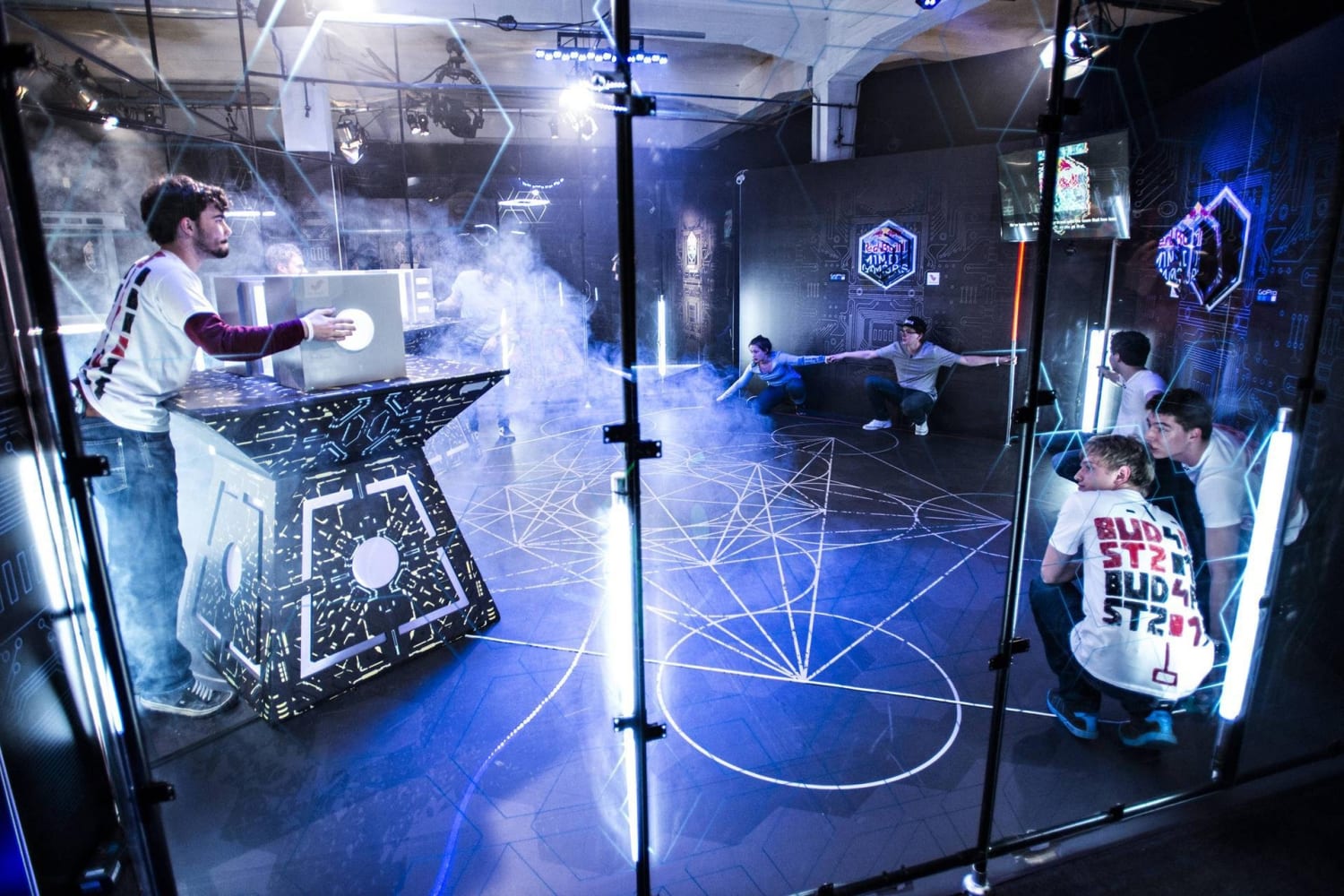 What Makes a Great Escape Room?

There is a science behind the joy of escape rooms. Scott Nicholson; Professor and Director of the Game Design and Development Program at Wilfrid Laurier University, argues that escape room experiences hit on all of the eight “types” of fun identified through game research. This includes the fun of discovery, drama, challenge and make-believe — even the fun in giving up control to reclaim it through a quest or adventure (the fun of submission). Shannon McDowell, one of Scott’s students and a designer for the Escape Room World Championship, stressed the importance of the fun of sensation, labelling escape rooms as ‘playgrounds for adults’. “[Escape rooms] give players fun moments that they wouldn’t come across in everyday life. In my favourite escape room… I got to crawl in tunnels; I got to go over a lava pit on a rope, there was a big wheel we got to turn in order to balance a maze… it was just very interactive, very physical, and fun.” All escape rooms are experiments in the science of fun, with player feedback as the data helping game designers optimize their experiences.

To learn about the process behind creating a great escape room, I spoke to Errol Elumir, a game designer experienced with creating large-scale escape adventures and worldwide puzzle hunts. He’s a self-proclaimed ‘escape room enthusiast’ who hosts an escape room podcast, runs multiple online escape communities, and has even taken trips around the world just to try out new escape rooms. To say he is simply involved in the community would be an understatement.

There was a striking similarity I noticed between my conversations with designers: none of them created the puzzles first. Each designer approached their rooms as a writer — crafting a storyline as detailed as any great film, TV show, or novel to produce an immersive player experience. Errol revealed this to me when he talked about designing an escape game set on a moving train:

“I actually didn’t work on the puzzles at the very beginning… we just started off with the theme, what the players’ roles are, a rough idea of what the narrative is, and different experiences they might have in the train. And then we started getting into the meat of the game… [understanding] the three-act structure, how the game would progress, what different gates would stop a player.” 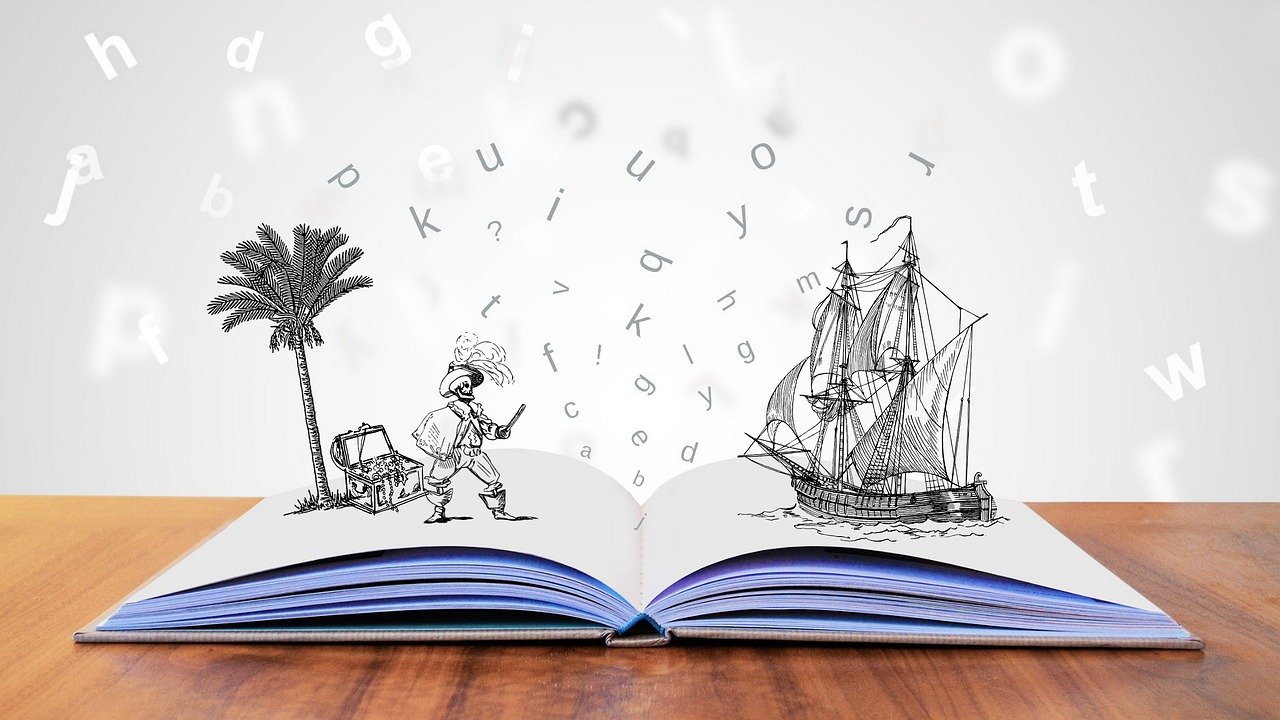 When I asked Errol why he loved his work in escape room design, his response was simple: “There is nothing more gratifying to a designer than when a player solves a puzzle and wants to high-five the world because they thought it was amazing.” 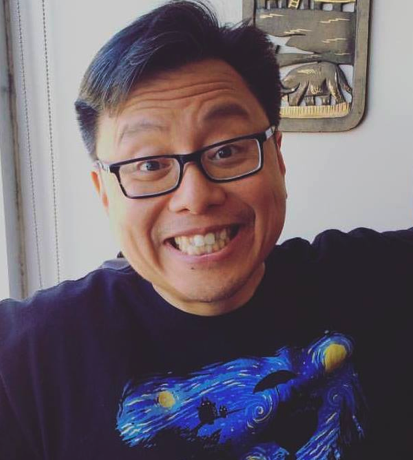 “As a designer, you’re not trying to outsmart the player, you’re trying to give them the best experience possible.”

Aside from being incredibly fun, escape rooms build on a variety of interpersonal and intrapersonal skills. Social scientists and teachers have begun investigating the possibility of escape rooms as an educational tool — especially with the recent shift towards learning through gamification. This educational movement focuses on bringing out the fun in learning, helping to increase student engagement and motivation in otherwise mundane subjects.

Caroline Dada, an escape room host at Looking Glass Adventures, had plenty to share about the potential of escape games in education. “We’ve actually had a lot of games for students, where teachers will reach out to us!” she mentioned. “I facilitate a lot of them, and I find that students love it — it’s a chance to be out of class! — and they find themselves learning more about themselves.”

These same skills are also crucial in the modern workplace, so many employers have started to book escape room experiences as corporate team-building activities and skill development socials. Some employers even choose to examine the footage of escape room games after the experience, identifying team leaders and creative thinkers to promote to management positions.

Unfortunately, throughout the economic uncertainty of the COVID-19 pandemic, several escape room locations have gone out of business. Many have shut down permanently.

And yet, a few creative escape room operators have sought to keep their businesses alive through virtual mediums. This is what Looking Glass Adventures has recently done — launching Remote Play Escape Rooms, letting people to participate in escape room adventures from the comfort of their homes. An escape room host hops on a Zoom call, walks throughout a room while holding a camera, and listens to verbal instructions from the players to guide their actions.

In fact, our INKspire team recently participated in a virtual Halloween-themed social through Looking Glass Adventures! We had a hectic hour of searching for clues and solving puzzles through our computer screens. Caroline was an engaging and helpful host, cheerfully obliging as we yelled at her to “turn right!” or “try another passcode on the lock!”. The experience was incredibly fun — I was surprised that the same challenges and excitement of an in-person escape room translated so well to a virtual format. Everyone buzzed about the room for days to follow!

This virtual shift has helped to sustain Looking Glass Adventures’ business during these difficult economic times, but the change hasn’t come without challenges. Caroline commented on her new role as a virtual escape room host: “We’ve had to adjust to the new changes to the set and design of the games. You tend to learn how to think on the fly because there tends to be a lot of issues with puzzles! And since I’m not there in person, it might be hard for them [players] to make that personal connection.” However, Caroline did mention a few benefits that came with the new virtual environment: “During this time, you get to meet people from all over! I’ve hosted a team all the way from Australia, and then another team from Hawaii.”

Christine also had a positive outlook on the effects of COVID-19 on Looking Glass’ new business model, and on the escape room industry as a whole. “In our new virtual world, communication is now more [important] than ever… especially in the business world, I find myself as a manager, keeping my team together and [having] communication and team spirit: it’s a challenge! Coming together for a virtual escape room is great — it’s so easy, and it brings a sense of teamwork and fun and lightens the mood; it gives everyone something to talk about afterwards.

“I believe management is starting to realize that too… we have seen the challenges, and hopefully they see the value in everybody coming together.”

My conversations with brilliant minds in the escape room industries revealed so much about the fascinating worlds of escape game design and the behind-the-scenes work that makes these simulations enjoyable. Throughout these trying times, escape rooms are a bright activity that continue to bring people closer together, while also reinforcing crucial teamwork and learning skills in the minds of its participants.

If you’re looking for your next corporate social, interactive lesson, or group activity, consider booking an escape room experience for the adventure of a lifetime. And in the midst of solving puzzles, decoding symbols, and escaping the stress and horror of the real world; perhaps you’ll be able to discover something about yourself along the way.