Is Canada’s Music Industry diverse? On the surface level, the answer may be ‘yes’, as Canada is described as a cultural mosaic because it is ethnically heterogeneous. However, to truly answer this question we must examine the history of Canada’s music industry. One way to evaluate the diversity of Canadian musicians is to explore how they are represented or underrepresented in terms of gender, geography, and personal finance in music award shows. 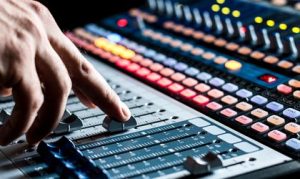 The JUNO Awards, or more commonly known as the JUNOs, are awards given to those in the music industry. It received its name in 1971 after starting as the RPM Golden Leaf Awards in 1964 with the purpose of increasing awareness for Canadian musical artists. Now, it is described as an opportunity for networking and as a weeklong festival that features public fan events in concert venues in various host cities. It is now one of the most widely recognized Canadian music awards.

Lack of Diversity in the JUNO awards

One criticism is that the JUNOs only acknowledge Canadian artists that have received international recognition. This was evident in the 2021 JUNOs, where most nominations went to The Weeknd with six, Justin Bieber with five, and Celine Dion with three. Densil McFarlane, the lead singer in the band OBGMs, was outspoken about the underrepresentation of BIPOC musicians in the 2021 JUNO awards. He asked “Why is Canada getting behind the same old bands?” The OBGMs were not nominated in the rock category despite their 2020 album ‘The Ends’ meeting widespread success in Canada. As such, it’s no surprise that the JUNOs are being criticized for making performative gestures for international attention, rather than being a historic Canadian music award show, for Canadians. 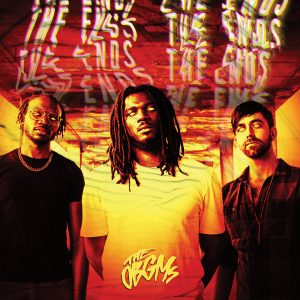 The nominees of the 2022 JUNOs aren’t much different, where Justin Bieber, the Weeknd and Shawn Mendes dominate the list. There’s also a lack of gender diversity, especially in music engineering and production. In 2017, indie pop duo Tegan and Sara criticized the JUNOs in a statement: “In 8 categories no women were recognized at all, and in over 12 additional categories, only 1 in 5 of the nominees included a woman. Specifically in the areas of production and engineering, it is discouraging to not see a single woman represented.”

This underrepresentation continued even in 2021, when there was an all-male nominee list for the Rap Recording of the Year, and Eric Reprid was the only independent artist in the list. Other independent artists were also ignored, despite waiving submission fees for those that couldn’t afford to submit their music for consideration. Independent artist DijahSB said: “Like, we had a bit of confidence because they opened up the rap submissions for the artists who maybe couldn’t afford to submit their music. [The JUNOs] did all that performative [stuff] just to choose a bunch of artists that are clearly backed by labels.”

Optimistically, WondaGurl became the first Black woman to win the Producer of the Year award in the entire history of the JUNOs. Similarly, Hill Kourkoutis was nominated as the first female to be nominated for Recording Engineer of the Year.

Canadian musicians also face geological barriers: Toronto is hosting the 2022 JUNOs, which is the organization’s first in-person event since 2019. This is part of a trending preference to host the JUNOs in bigger cities: Toronto, Canada’s largest city has been the long-time favourite. In 2020, Saskatoon, Saskatchewan was supposed to organize the event as the second-ever mid-sized host city.

Bigger cities like Toronto are preferred; they are more likely to elicit internationally acclaimed artists such as Drake or The Weeknd. Typically, small cities will generate less revenue from ticket sales due to the limited number of seats in  small venues. This makes it difficult to fund quality shows, which is why government funding was needed for the JUNO awards in 2019 when London hosted the event. 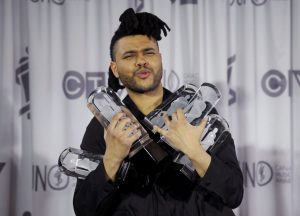 However, exposure in smaller cities is key for music touring, and the JUNOs can be an important event that gives much-needed public exposure to up-and-coming Canadian artists. However, the JUNOs have not been held in the territories, New Brunswick, Prince Edward Island or Quebec. This is problematic as events like the JUNOs can inspire young talent and expose people to new musicians, and this exposure  creates an audience which enables performers to ultimately make a living as a musician. It’s no surprise, then, that there is a lack of nominees from areas that have not hosted the JUNOs.

Who decides the nominees and winners of the JUNOs?

The Canadian Academy of Recording Arts and Sciences (CARAS) administers the nomination and voting procedures at the JUNO awards. It was created in 1974 as an advisory committee.

Voting rights are given to members of the CARAS Academy Delegates. Members are required to be active in the music industry, and they must have a Canadian passport, be an immigrant with residency in Canada or have a Canadian birth certificate. Academy Delegates are able to participate in up to 14 categories in the voting process. Specifically, nominees are chosen in the first round of voting by the Academy Delegates for the following categories: Album, Group, Breakthrough Artist, Artist, and Breakthrough Group of the Year. In the second round, voting occurs to determine the winner for the five categories in the first round, and additionally the following categories: Country Album, Single, Alternative Album, Adult Alternative Album, Video, Songwriter, Rock Album and Pop Album of the Year. 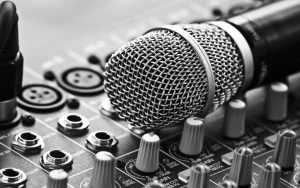 An application must also be submitted to become a member, and $75 is required. Academy Delegates must still pay a discounted price for each submission to the JUNOs: $40 for early submissions, and $75 for late submissions compared to the standard rate of $65 -$95.

It’s apparent that artists under a label or those that are able to submit multiple entries are going to be nominated in multiple categories. They are then more likely to win. This puts independent artists at a substantial disadvantage since they are entirely responsible for their own funding.

What the JUNO awards are doing now

The 2022 JUNOs are different because, despite the domination from the usual favourites, Charlotte Cardin, a Quebecois singer songwriter received the most nominations with six nominations instead of five.

They have also started using TikTok as a platform to give awards for new artists, which is important because it isn’t a part of the music industry’s usual recipe for success – it isn’t influenced or dominated by record labels like other social media platforms. Afterwards, MotherMother, an older Canadian rock band got nominated for group of the year when one of their older songs got discovered on Tiktok. 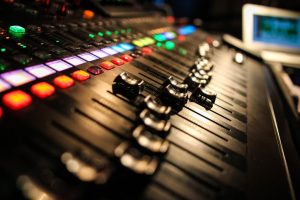 In 2021, they waived submission fees for new and underrepresented artists to increase inclusivity. However, the submission fee was only waived for six categories: one hip hop, two r&b, and three jazz. For the 2022 JUNOs, they allowed submission fees to be waived for up to 5 categories through the JUNOs Submission Access Program for individuals if approved. However, the applications will be reviewed on a first come first serve basis, and the submission requirements were quite lengthy. As such, it may be difficult for independent artists who have to prepare the requirements themselves.

In the last year’s JUNOs, they also offered complimentary memberships to the CARAS Academy Delegate program to members of the Black music collective ADVANCE, which will give them discounts in submissions and voting privileges.

So back to the initial question: Is Canada’s Music Industry diverse? Not really. Internationally famous Canadians still dominate the list in the JUNOs (and they will likely continue to do so), and certain parts of Canada, namely the territories, Quebec, New Brunswick and Prince Edward Island have never hosted the JUNOs. Independent artists are also underrepresented, and the voting system makes it easier for delegate members with more money to submit multiple entries. Moreover, there is still a lack of gender diversity with males dominating the nominee list.

However, it’s improving: in 2021-2 the JUNOs waived submission fees, and the same international superstars aren’t the only ones dominating the nominee list anymore. They are also using TikTok as another platform to give awards which can give independent or older musicians another opportunity, and women are slowly starting to gain more recognition. In summary, the Canadian music industry is on the right track, but it surely needs to improve.