Since graduating university, I’ve had that creative “itch” which comes and goes; enough to start a project, but rarely enough to finish. Project: CNY is the first film I completed independently since graduating from Ryerson’s Radio and Television Arts program 6 years ago. It was an important milestone for me, not only because I was finally able to push myself to follow through with a project, but also because it’s the first story I’ve ever shared which focused on multiculturalism. The program for which this film was created had a mandate to tell stories of diversity — and from that began my nearly year and a half journey of producing Project: CNY.

I had never really felt the need or desire to tell stories of diversity — after all, Hollywood’s most successful television and movies certainly didn’t try to break out of their white box, why should I? This becomes extra troubling when taking into account the fact that I’m Chinese-Canadian, but the many years of ingesting mainstream content had reinforced the idea, which many studio executives still use as a justification to this day.

Thankfully, over the past several years, society, guided by what many like to call “overly-sensitive millennials,” began to open their eyes to the inequalities and injustices of not only media, but the world. People are now more active in vocalizing their disappointment in the lack of representation in the content they consume. In addition to calling out and boycotting movies like Ghost In The Shell for their blatant white-washing, the rise of shows like Fresh Off the Boat and Canada’s own Kim’s Convenience significantly helped in pushing the bar for inclusivity to new heights. 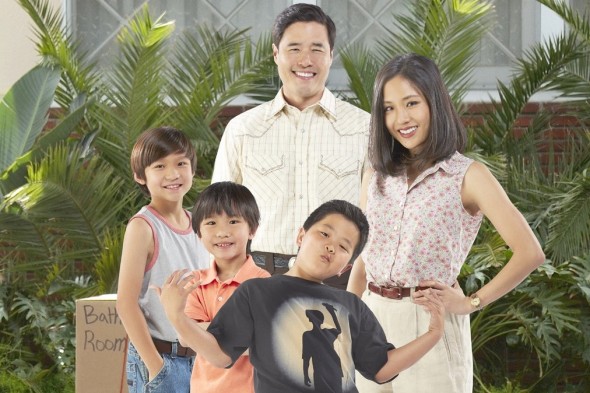 One of my personal inspirations for creating more diverse work though, actually came just before Project: CNY. A few months prior to starting my film, I was working on another called The Ghost of Grandpa Tong as an editor. The writer/director of the film, Celeste Koon (who subsequently became the writer of Project: CNY) produced a charming story that was both saturated with Chinese culture and enjoyable to those outside of it. I was very impressed and determined to replicate that charm with a film of my own, and so I begged her to write something for me to direct.

For me, one of the more challenging parts of telling stories that really have a focus on culture is finding the line between bringing in genuine cultural idiosyncrasies and falling on stereotypes. Many times, as I revised the script with Celeste, I would look at certain elements and go back and forth wondering if I’m truly embracing the culture or have simply resorted to overused tropes and even offensive clichés. Was having the main Asian character in an action film work as a lab tech ok? Was mentioning a traditional silk shirt too much? Would calling his mother a “tiger mom” be crossing a line?

Several years back, I had actually collaborated with a Filipino-American screenwriter, and worked on an adaptation of her childhood experience with her parents. We eventually sent our script out to a Toronto-Based Filipino artist community in hopes of casting the roles, only to be accused of perpetuating offensive stereotypes and being damaging to the Filipino community they worked so hard to build. They threatened to contact ACTRA to have our film production cancelled, and even questioned whether “the writer is even really of Filipino descent.”

Ultimately, the project never came into fruition, and scared me off doing something so culturally involved.

We were quite stunned by how the script was interpreted, and we didn’t quite know what to do. While we understood where she was coming from, the story was born from true life experiences of a first-generation Filipino-American. How could it be offensive, if it was based on real events? That project ultimately never came into fruition, and really scared me off doing something so culturally involved. My desire to do film really took a beating after this project and that’s why it took so long before I even begin to fathom producing Project: CNY.

I wish that I could say that I’m extremely comfortable tackling diverse filmmaking head-on now that I have one under my belt, but the truth is, it’s still a daunting task. Filmmaking alone is a huge undertaking, even without having the extra weight of representing groups of people in just the right way — but, I think I am more up for the challenge now than ever before. At the very least, I am definitely more conscious of having my characters be played by performers of colour.

Storytelling and filmmaking, like most other things, are skills that are refined with practice. Toronto is a great environment to be working on projects like this, not only because of the amount of creative talent we have but the huge variety of backgrounds that make up this city that can serve both as resources and inspiration. Since the completion of Project: CNY, I have taken a couple of steps back from the filmmaking world just to recharge my creative battery. As artists, it’s difficult not to always wonder what you’re doing next, and be on the lookout for opportunities to express your creative energy, but for me I know the importance of taking a break and really finding time to be inspired again so that projects don’t become an unbearable chore.

For my next project, I’ve been toying with the idea of doing a stop-motion piece. I’ve always been impressed by the medium and was really blown away by Kubo and the Two Strings. I know I’m not going to be able to produce something nearly as intricate, but would definitely like to try; I just need to find a compelling story first. If you’re based in Toronto and think you’d like to collaborate with a neurotic 20-something year old, hit me up!

On August 11, Project CNY will be screened as part of Toronto Youth Shorts’ Opening Night programme, Under the Surface.