What are the differences between Canada and the United States of America? A few stereotypes come to mind: Canadians are friendly, Americans less so. Canadians accept diversity, Americans promote patriotism. Other noteworthy differences are apparent when considering how the public perceives each nation’s economic philosophies: Canada champions the cuddly capitalism of universal healthcare and progressive taxation, and America defends a ruthless, cut-throat capitalism where the values of hard work and individualism prevail. The media often encourage these polarities, exemplified in Dragon’s Den and Shark Tank – two distinctly Canadian and American television programs.

In 2006, the Canadian Broadcasting Corporation (CBC) introduced a reality show to Canadians: Dragon’s Den. In a casual yet entertaining display of venture capitalism, budding Canadian entrepreneurs enter the Den to pitch their business propositions to a panel of Canadian captains of industry. The entrepreneurs enter the Den with big ideas but, to secure a deal, it is their job to convince the Dragons that their idea deserves big dollars. An innovative product, an attractive equity stake and an impressive presentation are key to claiming victory in the Den. This 2021 season, Jim Treliving, Michele Romanow, Arlene Dickinson, Vincenzo Guzzo, Lane Merrifield and Manjit Minhas sit in as the Canadian Dragons. By investing their money into Canadian start-up companies, the Dragons fulfill the entrepreneurial dreams of the contestants. 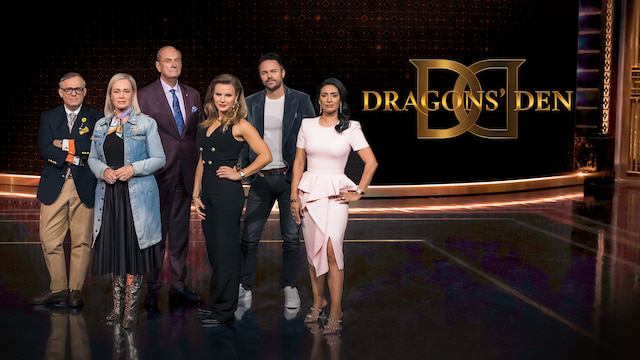 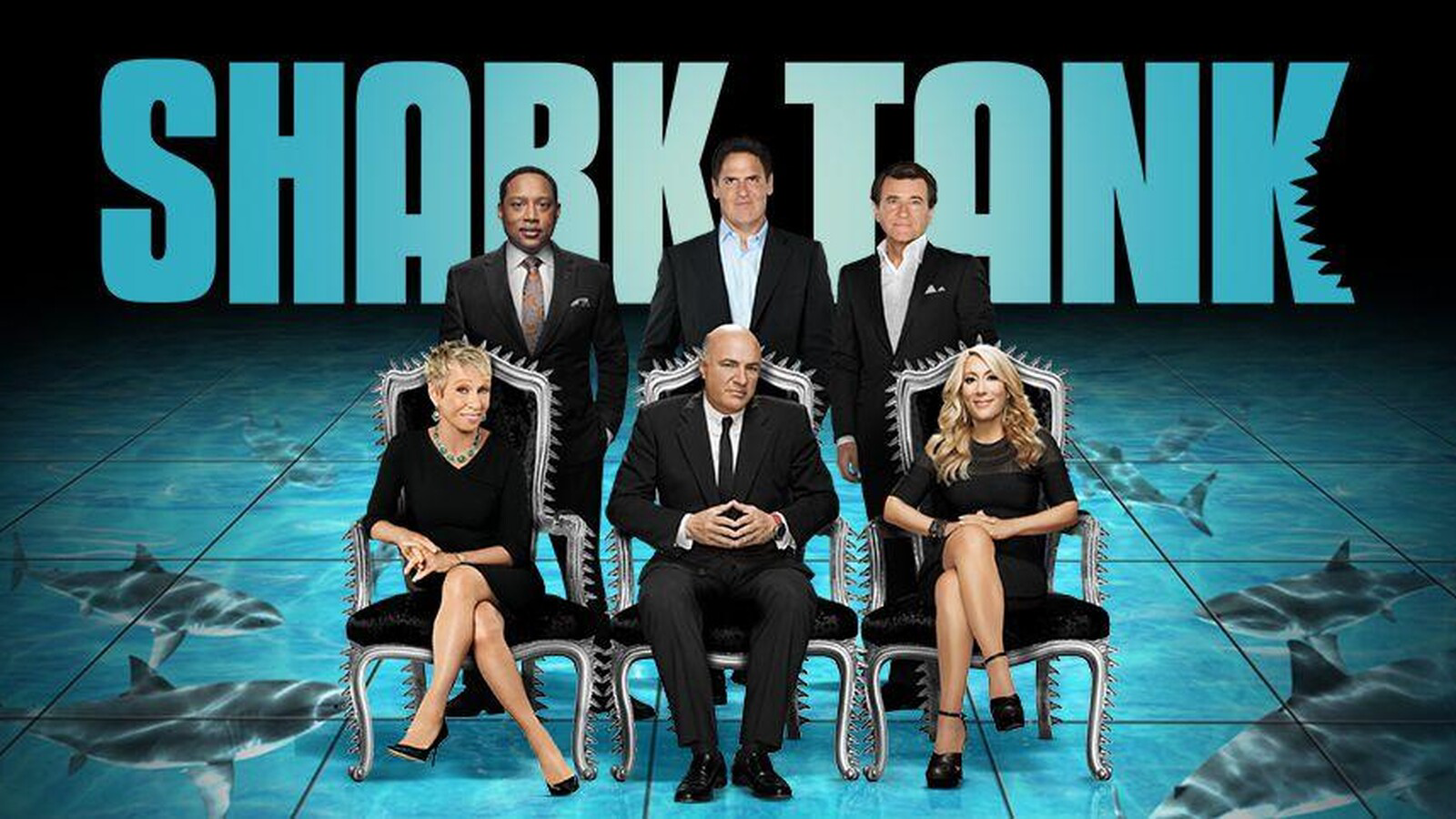 At first glance, the only difference between Dragon’s Den and Shark Tank may seem like the title. But as we take a closer look, each show illustrates the different approaches to capitalism in Canada and the U.S. Investing in entrepreneurs is the priority in both shows, but while the Dragons lend a gentle hand, the Sharks rule with an iron fist.

Brutal. Cut-throat. Ruthless. These adjectives tend to go hand-in-hand with ideas about American capitalism. In fact, one New York Times Magazine article credits the brutality of American capitalism to the arrival of slave labour in America’s Deep South. Namely, the author writes that the boom in the cotton economy occurred as a direct result of America’s “willingness to use violence on non-white people and to exert its will on seemingly endless supplies of land and labour.” According to the author, it is because of America’s practices in the slave trade that the U.S. economy now upholds “low-road capitalism” where workers experience unfairness instead of promotions, and the quality of goods is not as important as how they are priced.

What makes American capitalism so cruel? American governmental economic advisor, Robert Reich, explains that the median per capita income in the U.S has not changed since 2000, 75% of unemployed Americans do not have access to unemployment benefits and the working hours of Americans average at 4.6% more than that of Canadian workers. Perhaps the most important issue when it comes to American capitalism is the lack of guaranteed health care. American entrepreneurs who quit their day jobs to start a business are at much greater risk than Canadian business-starters: gambling on a new business idea is much easier to do in a country with universal health care than in one in which health insurance is only offered through employers. In this way, entrepreneurial risk-taking can mean life or death for Americans and their families.

Canada’s capitalist economy, on the other hand, is much more ‘cuddly’ than ‘cut-throat.’ Reich notes that Canada offers better unemployment benefits and subsidized childcare, and its median per capita income has significantly increased in the past couple of decades. Moreover, 26% of Canadian workers are unionized, while only 10% have this comfort in America. When it comes to Canada’s handling of immigrants, 60% are admitted as skilled workers, entrepreneurs and investors, compared to only 14% of American immigrants.

Other articles point out Canada’s broader social safety net, including universal health care and easier access to education. With these aspects of Canada’s ‘kinder’ economy, many claim that the “American Dream” is much easier to reach up north. In Canada, life, liberty and the pursuit of happiness is much more accessible especially since the employment and home-ownership rates are higher. Ranked 14th in the world for countries with the most social mobility, Canada surpasses the Americans who lag at 27th. 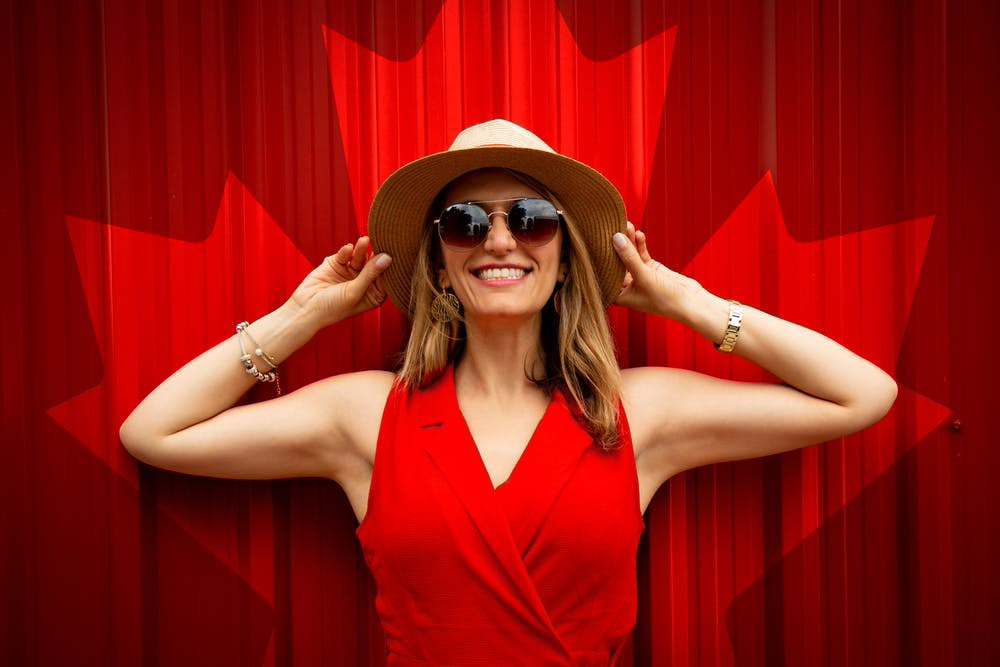 These differences in American and Canadian capitalism speak to broader differences in American and Canadian values. According to a study by Nanos Research, in which Canadians were asked what makes them most proud to be a Canadian, rights and freedoms, respect for others and kindness and compassion were found to be the most important Canadian values. Other important values included multiculturalism, diversity, education, healthcare and acceptance.  Canada’s Prime Minister also supports these ideas: diversity for its own sake, tolerance, freedom and mutual respect are values that trump others for Justin Trudeau.

In contrast, Robert Kohl, American author of Developing Intercultural Awareness, identified a list of the values Americans live by. Among this list is the ability to manipulate nature to serve one’s self interests (identified by Kohl as “personal control over the environment”), making a productive use of one’s time as well as equality, individualism and privacy. Kohl also claims that competition, free enterprise and a strong focus on working hard at one’s job (called “action/work orientation” by Kohl) are other important values for Americans. In this way, while Canada’s cuddly capitalism is reflected in its values of kindness and compassion, America’s cut-throat capitalism upholds its values of hard work and individualism.

Even more obvious, Shark Tank recognizes the show’s promotion of the American Dream by subtitling its tenth season as “A Decade of Dreams.” With the increasing realization that the American Dream has “moved” to Canada and with dialogues about Canada “leaving American capitalism behind,” it seems that the Sharks are doing everything they can to revitalize the American Dream. 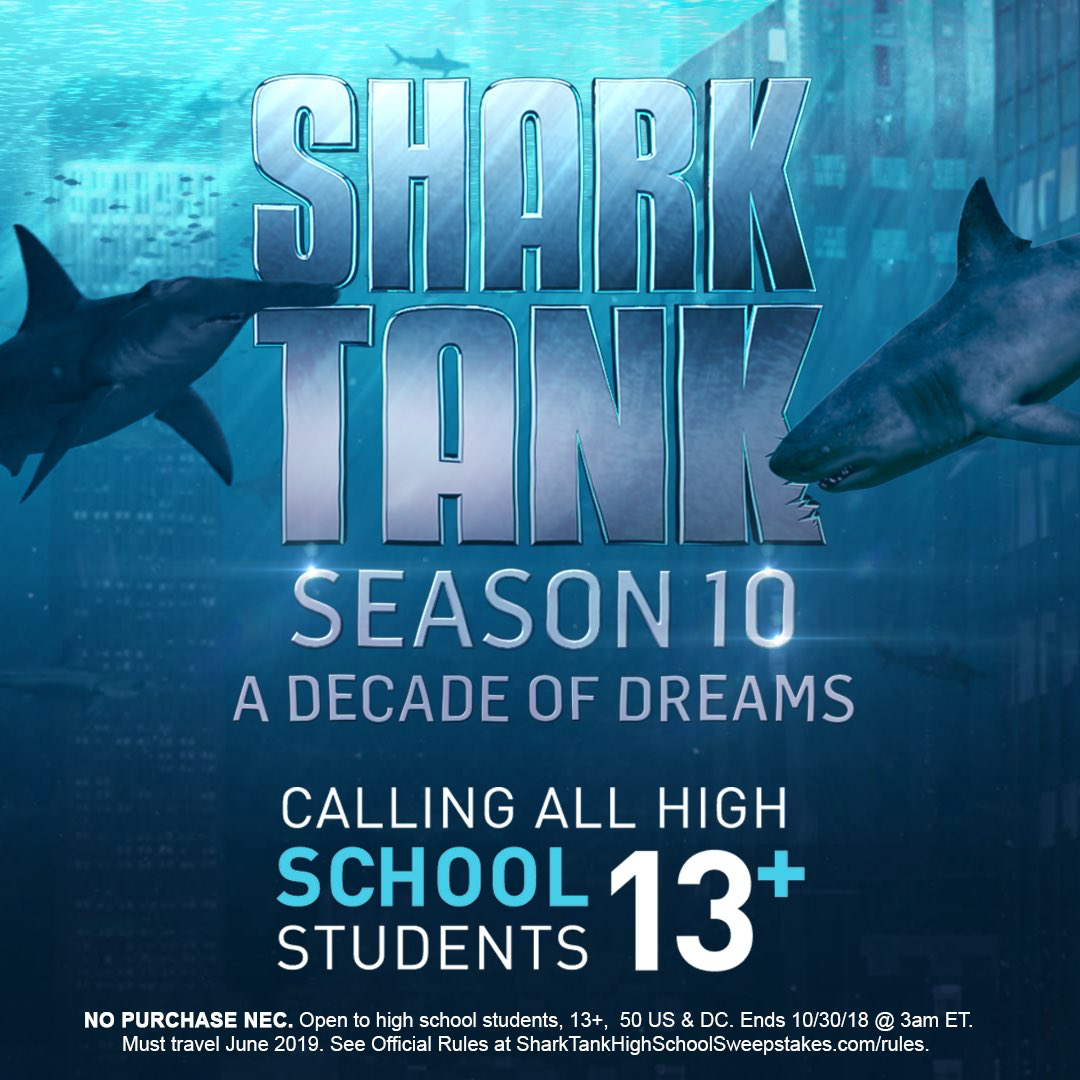 Shark Tank further upholds America’s economic values by encouraging ‘hustle culture‘: it involves an inescapable obsession with business and a relentlessly positive attitude. Daymond John, an American multi-millionaire and regular panelist on Shark Tank, even wrote a book titled, Rise and Grind: Outperform, Outwork and Outhustle Your Way to a More Successful and Rewarding Life. According to John, the key to success is a unwavering devotion to work (and only work): “get up before everybody, go to sleep after everybody and bust your butt.” This philosophy reigns on Shark Tank; the Sharks praise entrepreneurs who grow their businesses while maintaining a full-time job, or who sustain skyrocketing sales while losing sleep as a student or parent. As such, the Shark Tank ultimately encourages Kohl’s American value of  “action/work orientation.”

In contrast, Canadian Dragons are much more sympathetic to entrepreneurs. Arlene Dickinson, owner of a national marketing firm that prides itself on its work with Canadian entrepreneurs, is perhaps one of the most compassionate Dragons in the Den. On numerous occasions, Arlene has been brought to tears by the personal stories of entrepreneurs: whether they put their life savings on the line for an idea destined to fail, or went through personal hardship to grow their business, Arlene is one Dragon who emulates the Canadian values of compassion and kindness.

Other Dragons on the panel follow Arlene’s lead: when faced with entrepreneurs’ failing businesses, the Dragon’s make sure to ‘let them down easy.’ They may offer business advice, guide the entrepreneurs through their business model and congratulate the entrepreneurs on their successes. Sometimes the Dragons offer more than just a deal, such as their contacts, mentorship, or, even marketing service funds as in the case of Arlene Dickinson. 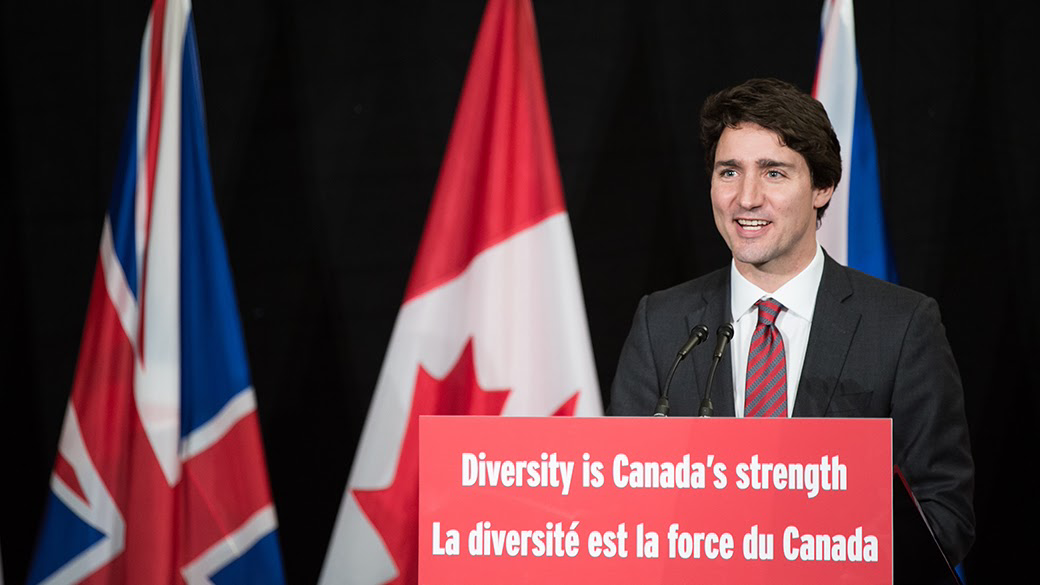 The Dragons are also faithful to the true North’s values of multiculturalism and diversity. The CBC regularly includes panelists with diverse cultural backgrounds who made it as Canadian entrepreneurs: Manjit Minhas’ parents moved to Canada from India, ex-Dragon Joe Mimran was born in Morocco, Vincenzo Guzzos’ parents immigrated from Italy and Arlene Dickinson was born in South Africa.

But this commitment to diversity does not remain unspoken, as in Season 15, Episode 5 when Manjit Minhas said to an entrepreneur: “I love your story. It reminds me of when my parents came to this country a long time ago now. And so I’m glad that you were able to find Canada and it’s been able to provide you a safe life that you can build on with your family.” Not only does Minhas discuss the entrepreneurs’ diverse pasts, but she also mentions her own. By upholding Canada as a safe haven for immigrants, Minhas promotes the Canadian values of diversity and the social safety net that benefits its immigrants.

Dragons vs. Sharks: Who Wins?

CBC’s Dragon’s Den and ABC’s Shark Tank offer programming that is both entertaining and educational for audiences of any nationality. When considering each show’s respective capitalist values however, the differences in Shark Tank and Dragon’s Den are striking. While Shark Tank emerges from America’s “low-road capitalism,” in which American values of control and hard work drive the contestants, Dragon’s Den materializes Canada’s wide social safety net that perpetuates Canadian principles of compassion and diversity. As the Canadian Dream becomes more and more appealing, perhaps America can learn from Canada and its friendly Dragons in the north. 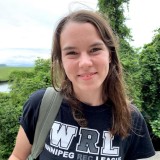 Rachel Ferstl
I am a student at the University of Winnipeg majoring in Rhetoric, Writing and Communications.