In November 2020, Scotland became the first country in the world to provide free and universal access to period products. After several  years of campaigning, Monica Lennon, a Member of the Scottish Parliament, succeeded in passing The Period Products (Free Provision) (Scotland) Act. This meant that local authorities legally had to provide free period products to people who needed them, and made the different types of menstrual products easily accessible. All primary, secondary and independent schools, colleges and universities will be continually funded under this act to provide free menstrual products to students.

In Canada, it is estimated that people who menstruate  spend up to $6,000 in their lifetime on menstrual products. In rural communities, the price of these products can be over double for the same merchandise found in larger cities. The high cost of menstrual products causes these essential items to be out of reach for homeless, low-income and marginalized people, creating what is known as period poverty.

What if Canada did something similar to Scotland? Granted, each province and territory would have to tackle the management, organization and delivery of health care services for their residents, as healthcare remains a provincial and territorial issue. So let’s focus on Ontario, the largest province in Canada. What would it take to have free menstrual products in Ontario?

The Bloody Truth, by the Numbers

Period poverty has a larger impact on Canada’s population than one may realize. In 2019, Plan Canada released a report documenting the challenges Canadian female menstruators face (nonbinary people and trans men were not accounted for in this survey). It found that 34% of women and girls have had to regularly or occasionally sacrifice something else within their budget to afford menstrual products. The report also noted that 63% of women and girls have regularly or occasionally missed an activity because of their period and had concerns about not being able to access menstrual products or proper facilities.

Stigma and shame can also prevent those who need menstrual products from seeking access to them. 58% of respondents in the study said they occasionally or regularly felt the need to lie about being on their period or hide a menstrual product. Also, 41% of respondents said they’ve been occasionally or regularly teased by a male friend, colleague and/or relative about being on their period. 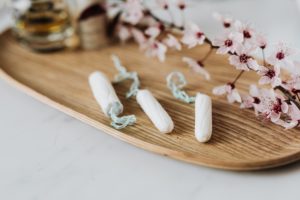 How did Scotland do it?

The Scottish government provided £5.20 million ($7.60 million CAD) in funding to support The Period Products (Free Provision) (Scotland) Act. £500,000 ($735,000 CAD) was awarded to FareShare, a charity network aimed at relieving food poverty and reducing food waste in the UK, to deliver free period products to low-income households. Another £4 million ($5.88 million CAD) was made available to the councils (local governments) so the roll-out could be expanded to other public places, with a further £50,000 ($73,500 CAD) for free provision in sports clubs.

According to the policy memorandum prepared by Lennon, It’s up to the individual councils to decide what practical arrangements are put in place, but they must give “anyone who needs them” access to different types of period products “reasonably easily” and with “reasonable dignity.”

Providing free access to menstrual products ensures that menstruators are fully supported to go about their daily lives. It promotes gender equality, as those who menstruate do not have to miss activities on account of their periods, and it reduces the stigma around menstruation. When people enter a public washroom, they do not pay for toilet paper. Likewise, menstrual products should be subsidized not just because they are expensive, but because they are essential.

Subsidizing menstrual products is going to cost money, so the question is, how much? Using statistics and projections provided by the 2016 census and Ontario’s 2021 quarterly demographic report, there are approximately 8.3 million women in Ontario (statistics for trans and nonbinary people were not taken into account, and this model assumes that all women menstruate). If each menstruator spends $150 a year on menstrual products ($6,000 divided by the average 40 years of menstruation), we would need around $1.2 billion yearly to provide for all these women.

Compared to Scotland, this may seem like a lot, but keep in mind that Scotland only has about 2.8 million women, only a quarter of Canada’s female population. This number also assumes that the government is paying enough to subsidize menstrual products for a mensturator’s entire cycle, when in reality, some people will have access to their own menstrual products. The government may also be able to buy in bulk, which will reduce the cost. And for context, $1.2 billion is only 0.41% of Canada’s entire budget from 2019–20. 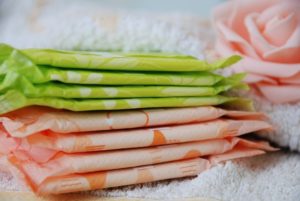 Enacting a policy that provides free menstrual products is needed because government support means a source of sustainable funding. Relying on donations to fund a period poverty-reducing initiative is not enough to ensure equal access to these products. But so far, minimal progress has been made by the provincial government. Bill 120—the Menstrual Hygiene Day Act, proposed by Member of Provincial Parliament Bhutila Karpoche— annually designates May 28 as Menstrual Hygiene Day.

This bill was passed to raise awareness of the challenges people who menstruate face due to a lack of access to menstrual products. It also highlights the importance of finding sustainable solutions to these challenges. Karpoche also proposed Motion 88, which would have the government of Ontario provide free menstrual products in all public-facing, provincially-run and/or funded facilities and workplace washrooms. However, the motion has not moved past its initial reading.

The federal government has not accomplished much either. In 2019, they allowed stakeholders and members of the public to submit feedback regarding the possibility of providing free menstrual products in federally regulated workplaces. Under Part II of the Canada Labour Code, it requires employers to provide supplies such as toilet paper, soap, warm water and a means to dry hands. The government was considering the addition of  menstrual products to that list. Later, a summary of the feedback was released with one section detailing the challenges faced with placing dispensers for menstrual products.

Placing individual dispensers in every washroom stall would come at a significant cost; however, it would maximize accessibility and minimize the potential for discrimination. On the other hand, placing a dispenser in a common area would guarantee maximum accessibility and maximum cost-effectiveness, but created a greater risk for discrimination. Not providing these products in a private manner could be discriminatory towards gender-diverse employees, as it forces people to disclose their sex in order to access the products provided, exposing them to potential harassment. Other concerns included the costs for the employers, and whether the products were going to be environmentally-friendly. Despite the feedback, no further action has been taken by the government at this time. 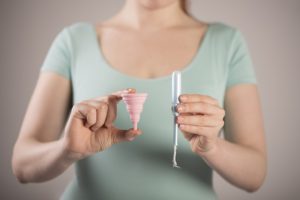 However, not all change has to come from the government. Tait Gamble, who has been a volunteer at the Period Purse since 2017, has seen a lot of change and enthusiasm occur at a grassroots level. After talking about the issue with her peers, Gamble wrote an article in her school newspaper about why free menstrual products were needed. That garnered a lot of interest from the school student council and the student body. As the student council brought up the issue to the administration, she and her team collected menstrual products and placed them in all the bathrooms in her school. Seeing students coming up with a temporary solution to the problem motivated the administration to put in place a more permanent solution. Through grassroots action, we can set an example for politicians to see that change is possible, and push them to step up and take action as well.

Go With the Flow

If you are interested in helping to end period poverty in Canada, you can get involved by volunteering with organizations like The Period Purse or Bleed the North, which strive to reduce the stigma of menstruation and provide menstrual products to those in need. You can donate products to food banks as well. Email your province’s minister of education to demand that menstrual products are made free in all public schools, and speak to your school’s administration about providing period products. While some school boards like the Toronto District School Board and the Waterloo Region District School Board provide menstrual products to their students, other school boards have yet to follow suit.

Finally, the easiest way  you can help is to start a conversation about it. Talk openly about menstruation, including to people who don’t menstruate. This can even mean not hiding menstrual products on the way to the bathroom. There is nothing to be ashamed of — it’s just a process that some people’s bodies go through. Shattering the stigma surrounding menstruation is one of the best ways to raise awareness of this issue, and with awareness, change will follow.