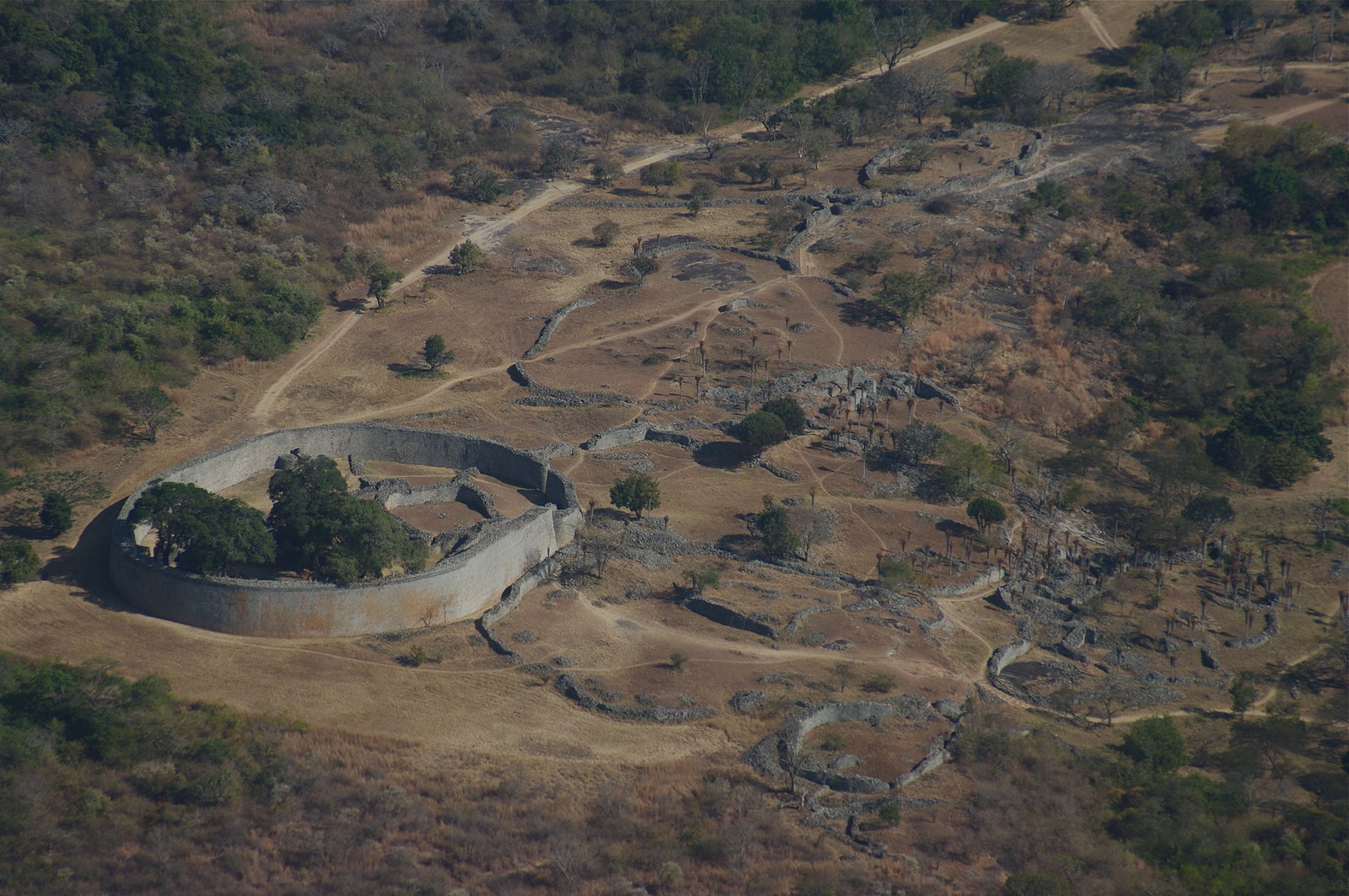 The Ruins of The Archaeological Site of Great Zimbabwe (Image Source: Janice Bell)

The field of archaeology, largely dominated in the past by Europeans, has an overwhelmingly negative reputation among many cultures around the world. In the past, archaeology has scarcely been distinguished from looting and grave robbing. Modern archaeologists find it difficult to escape confronting the harm done by their predecessors. One of the most abused and misinterpreted historical sites in the world was Great Zimbabwe, the capital city of the Kingdom of Zimbabwe (1220-1450 CE). For decades, European explorers caused irreparable damage to the city by plundering it in search of gold. 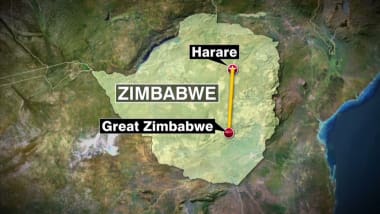 Early archaeologists censored any research which suggested the civilization was built by sub saharan Africans. Instead, they were determined to prove that somehow the founders of Great Zimbabwe must have been outsiders. The movement to reclaim Great Zimbabwe as a proud accomplishment in black history emboldened many Zimbabweans to fight for their independence from British rule. Because denying the history and accomplishments of a culture has often been a tool used by colonizers, many oppressed groups around the world can find inspiration in the story of Great Zimbabwe. 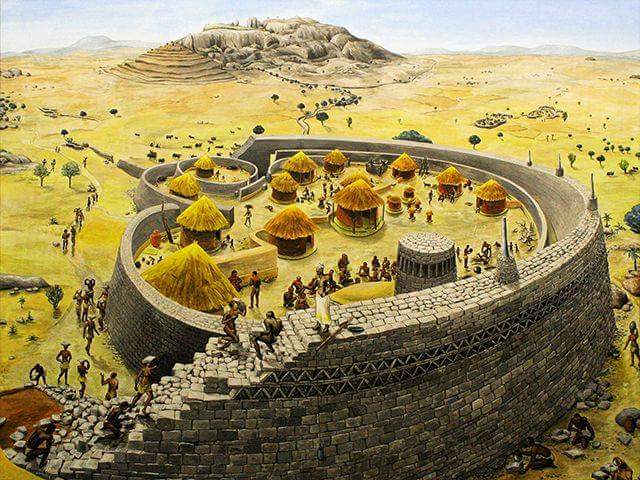 An artist rendition of what Great Zimbabwe may have looked like at its peak (Image Source: AVAC Zimbabwean Art and Sculpture Hub)

The site covers an area of 80 hectares. The large granite buildings were once the homes of powerful rulers. The land surrounding the city was ideal for cattle rearing and gold mining, and this helped sustain a population of 18,000. The most interesting artifacts found on site are the soapstone sculptures of birds, which rest on huge stone pillars. These depict the Bateleur eagle which is a species found all over Africa. Some of these statues were sold to colonists in South Africa but were repatriated after Zimbabwe got independence and demanded them back in 1981. A bird statue is now the national emblem of the country and appears on the country’s flag. It also appears on postage stamps, coins, and Zimbabwean passports. 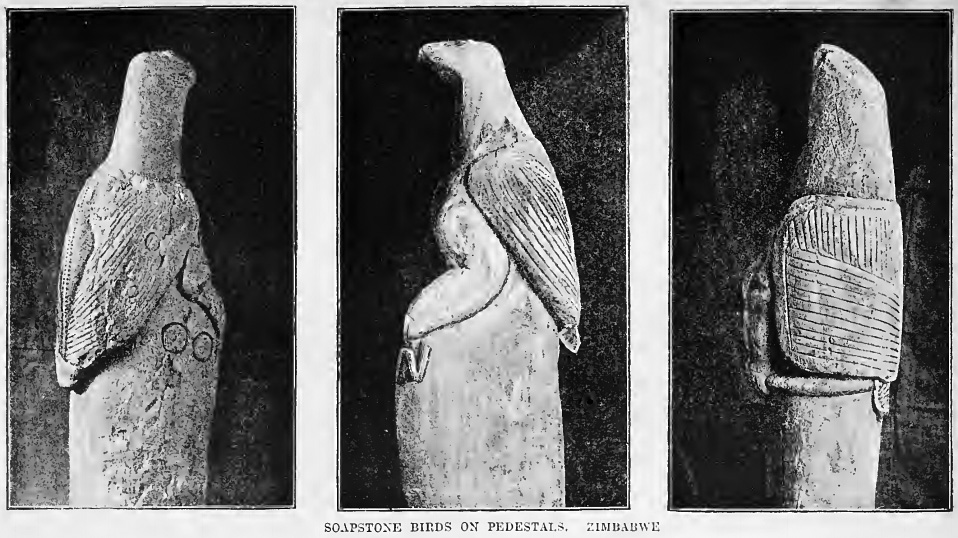 The first Europeans to hear of the ruins were Portuguese explorers in the 1500s, who were informed by Arab traders. The city of Great Zimbabwe was rumored to be rich in gold, and this led to Europeans speculating that it may have a connection with the biblical story of the Queen of Sheba mentioned in Kings 1:10. The story tells of Queen Sheba giving gifts of gold and jewels to King Solomon in Jerusalem. The German explorer, Karl Mauch, supported this interpretation of the site when he stumbled upon the ruins in 1871, as he simply refused to believe that indigenous Africans such as the local Shona culture could have built the city. 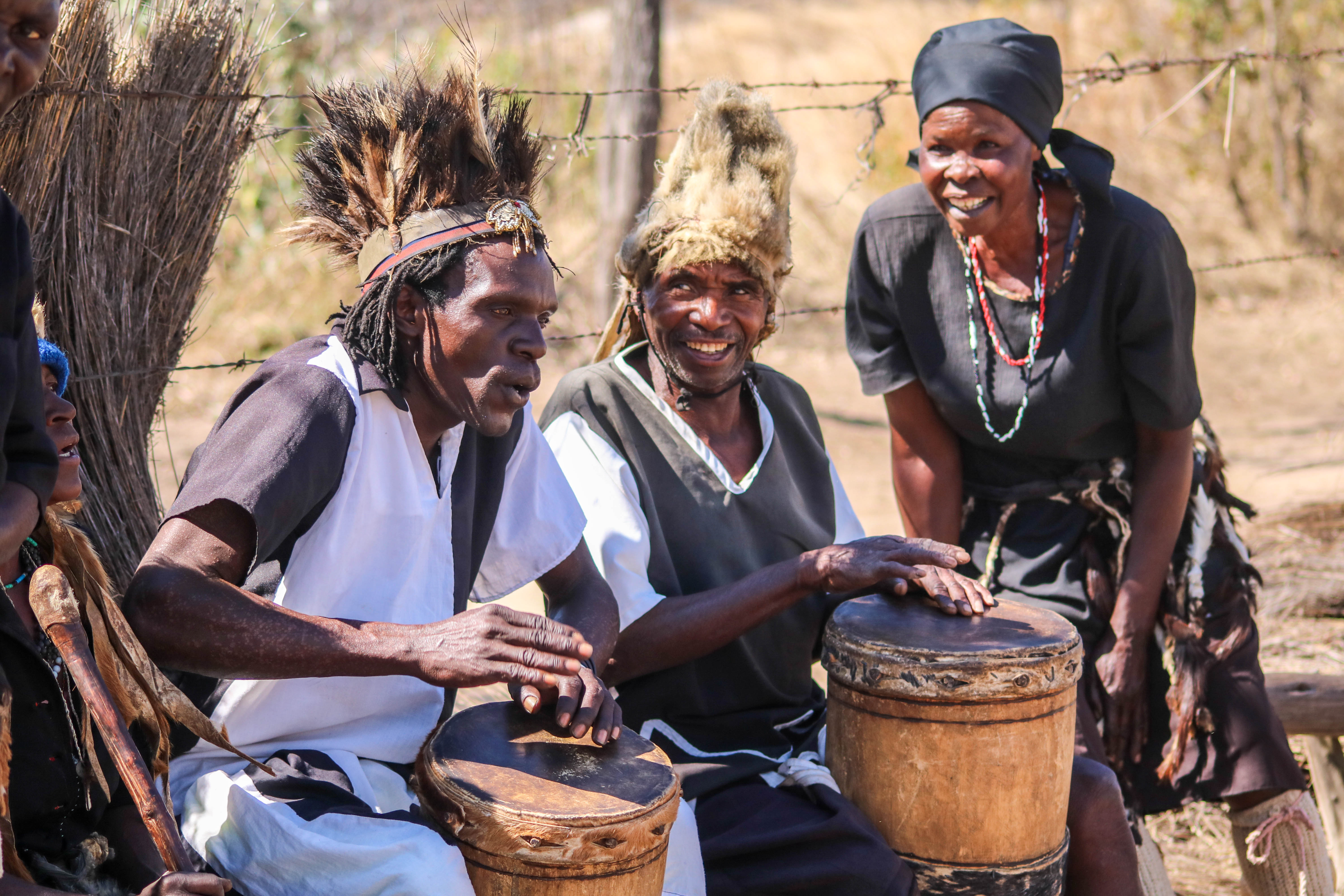 Shona musicians in Zimbabwe. The Shona are an ethnic group native to southern Africa. There are significant Shona populations in Zimbabwe, Mozambique and Zambia. Their language is part of the Bantu language family, and some follow Christianity while others maintain the traditional Shona religion. Their ancestors built great cities. (Image Source: Culture Trip)

The Queen of Sheba myth became popular once more during the short-lived existence of the British colony of Rhodesia (1965-1979). It gave the white minority rule of the unrecognized and deeply racist settler state a historical and religious justification for colonization. The colonist whom Rhodesia was named after, Cecil Rhodes, along with the British South Africa Company funded an excavation of the ruins by Richard Hall in 1902 with the explicit instruction of proving that the ruins were built by non-Africans. Later, archaeologists noted that Hall’s work could be described as desecration. As he scoured the site for evidence of an ancient European civilization, Hall recklessly discarded 12 feet of stratified archaeological materials. He concluded that the ruins must have been built by the Phoenicians, a Mediterranean seafaring civilization originating from what is now Lebanon.

The Rhodesian Front government dismissed the work of archaeologists who disagreed with Hall, including David Randal-MacIver. MacIver pointed out that many of the artifacts found on the site such as gold-working tools, pottery sherds, and spearheads were very similar to the household items of the Shona people and so they could not be of Phoenician origin. An expedition led by another archaeologist, Gertrude Caton-Thompson in 1928 reached the same conclusion as MacIver. Unable to argue with the evidence provided by Caton-Thompson and MacIver, the Rhodesian government accepted the findings in 1978 yet decided to downplay the value of Great Zimbabwe itself. One of the propagandists employed by the Rhodesian government, Helmut K. Silberberg, is reported to have said “Let them have their old ruins, it is a heap of primitive nonsense anyway!” 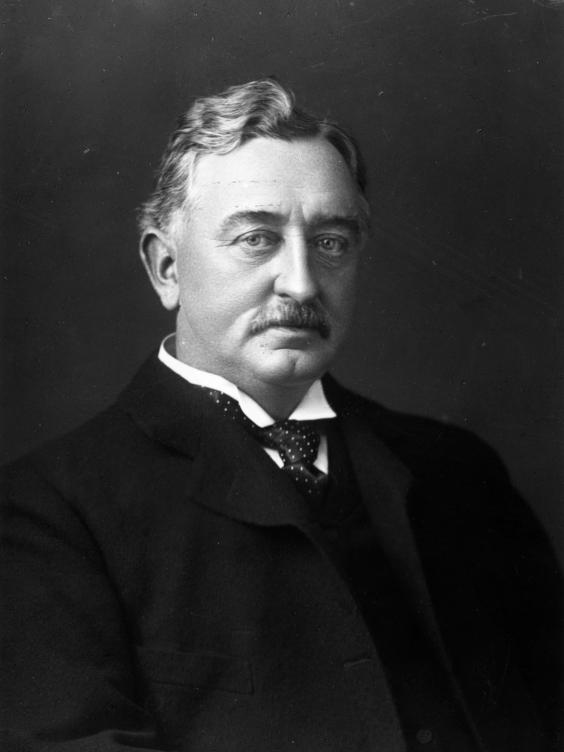 Cecil Rhodes, the colonist whom the short-lived settler state of Rhodesia was named after. Rhodes was infamous for using slave labor at the gold mines in Zimbabwe. (Image Source: Wikimedia Commons)

When Zimbabwe got its independence in 1980, a university was established near Great Zimbabwe so that African students could have more opportunities to study the ruins. Now Zimbabwean people themselves can conduct research and fieldwork, writing their own history. Great Zimbabwe was named a UNESCO world heritage site in 1986, another victory for the people of Zimbabwe. It continues to have extreme symbolic importance for the people of Zimbabwe. Dr. Webber Ndoro, the current director-general of the International Centre for the Study of the Preservation and Restoration of Cultural Property (ICCROM), has written extensively about the social significance of Great Zimbabwe and how it represents cultural pride. His work has shown the value of preserving Great Zimbabwe to the international community. 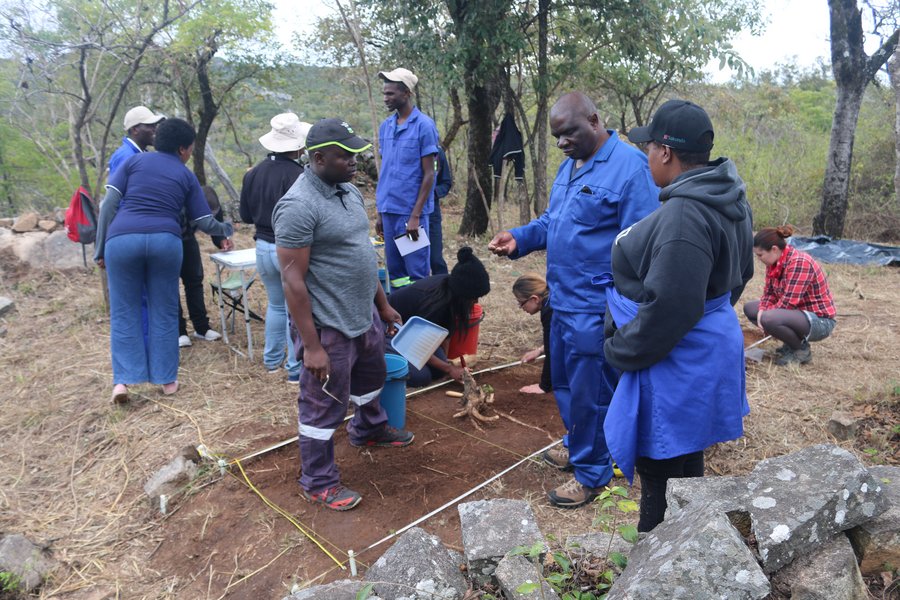 Pseudo Historical claims have often been used by colonizers to try justifying their cruel acts. When oppressed groups rise up to reclaim the true story of their past, they are not only freeing themselves from the material conditions of oppression but the more insidious effects of ideological oppression as well. The Jamaican poet Mutabaruka wrote that “Slavery is not African history. Slavery interrupted African history.” It is naive to suppose that we can end racial oppression without reexamining the way our society teaches history. To improve, we must celebrate the accomplishments of African civilizations such as Great Zimbabwe and center the discussion on African voices rather than Eurocentric archaeological work.