The visible curriculum is the curriculum that teachers are instructed to deliver to students, such as learning algebra in Math or analyzing Romeo and Juliet in English. However, a student’s behavioural patterns, social processes and beliefs are influenced strongly by the hidden curriculum. The hidden curriculum consists of implicitly and informally behaviours and norms taught in a school. In essence, it is everything taught by teachers that teachers aren’t explicitly stated to teach. A simple example is students being taught to stand or wait in lines to maintain discipline. 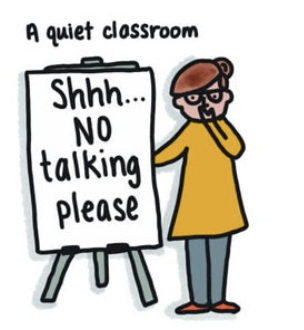 A teacher telling her class to be silent in the classroom is an example of the hidden curriculum (Image Source: Valentina Gonzalez)

This a major flaw of the hidden curriculum because these ideas allow for the creation of stereotypes, biases, and prejudices related to gender.  There are several different ways the hidden curriculum acts as a means of perpetuating gender inequality; this article explores some of these factors and the role they play in doing so.

Before entering schools, the majority of children start their educational journey at daycares. There are two fundamental ways in which daycares reinforce gender schema, which are both closely interrelated. First is the categorization of toys, which are labelled as either being appropriate for boys versus those appropriate for girls. A study analyzing daycares in the United States has shown that daycares had toys categorized based on gender: dolls, dollhouses, kitchen toys, colouring books and ponies were toys made available for girls while soccer balls, toy vehicles and action figures were toys made available for boys. Furthermore, within these toys, the toys available for girls were usually pink in colour, or some other light tone while the toys available for boys were black, bright red, or some other dark colour tone. Subjective methods of measurement in the form of surveys performed by these children also confirmed that they expressed an association of gender with certain toys. 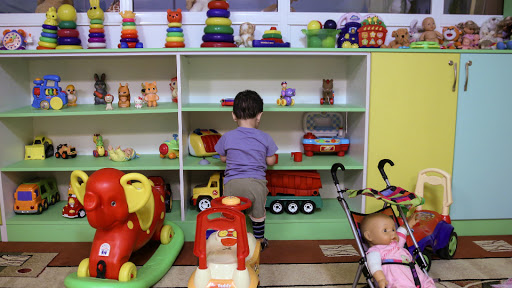 Teachers and caregivers play a major role in a student’s life and also contribute to gender divisions.  For instance, students are often asked to provide assistance to their teachers and caregivers based on gender categorization. Moving chairs or tables are tasks often assigned to boys while helping clean the classroom is more suited to girls. Furthermore, the continual actions of a teacher such as sorting of girls and boys into separate lines and using terms such as “boys and girls” also reinforces the assumption that males and females are separate and unequal social groups.

An analysis of the Caldecott award, a prestigious award that is rewarded to the most prominent picture books catered towards children in the United States showed that the winners for this award had a boy to girl ratio of 11 to 1 in the books. An underrepresentation of girls in their lesson curriculum results in feelings of inferiority to boys and is a major deterrent for an equal appreciation of girls in the classroom. In a research paper focusing on anecdotal evidence about girl’s experiences in the classroom, a female student notes:

“The textbooks I had as a child and teenager were filled mostly with history and literature about males. I know now that I believed then that women could not be as successful, influential and important figures to learn about in the classroom. I remember teachers asking the class to name their role models and I always had a hard time naming someone I connect with.”

Dress codes enforced by schools are another way of reinforced gender stereotypes within the institution. Through the dress code system, certain types of clothing materials have been associated with terms such as slut or prude while others have been labelled with terms such as appropriate or good. Spaghetti straps or revealing necklines are examples of clothing items that would be categorized in the former group according to the dress code system and are thus strictly forbidden in most school dress codes.

A study found that the rationale institutions provide for girl dress codes is defective and unfair to girls. The rationale given by these institutions has been that certain clothes worn by girls are deemed to be responsive to the male students and thus, were prohibited in school as means of limiting the “enticement” of the male students. This is problematic as clothing is an essential part of an individual’s perception of themselves, especially at a young age. Harsh dress coding with biased justification has forced girls to limit their individuality through clothing in schools.

School sports also allow for the maintenance of gender stereotyping and inequality. There is a significantly higher emphasis on male sports compared to female sports given in schools. The UN 2007 Report reveals that there are fewer funds allocated to girls’ sporting teams and increasingly more funding allocated to boys’ sporting teams in schools. This has lead to an unequal and inadequate division of sports resources and equipment.

This trend continues in higher education institutions and semi-professional athletics; the national collegiate athletic association (NCAA) gender equity report for the years 2004 to 2010 has shown that even though there was an equal male to female participation ratio in college sports, the funding to men teams was 60.4% while the funding for women teams was only 39.6%.

All of the data above confirms that gender-based discrimination, no matter how subtle it may be, has a great impact on student’s lives and perceptions of gender. Many aspects of a school that are part of the hidden curriculum allow for the development of gender inequality and gender-based discrimination. An underrepresentation of females in all aspects of the classroom manifests a sense of inferiority. 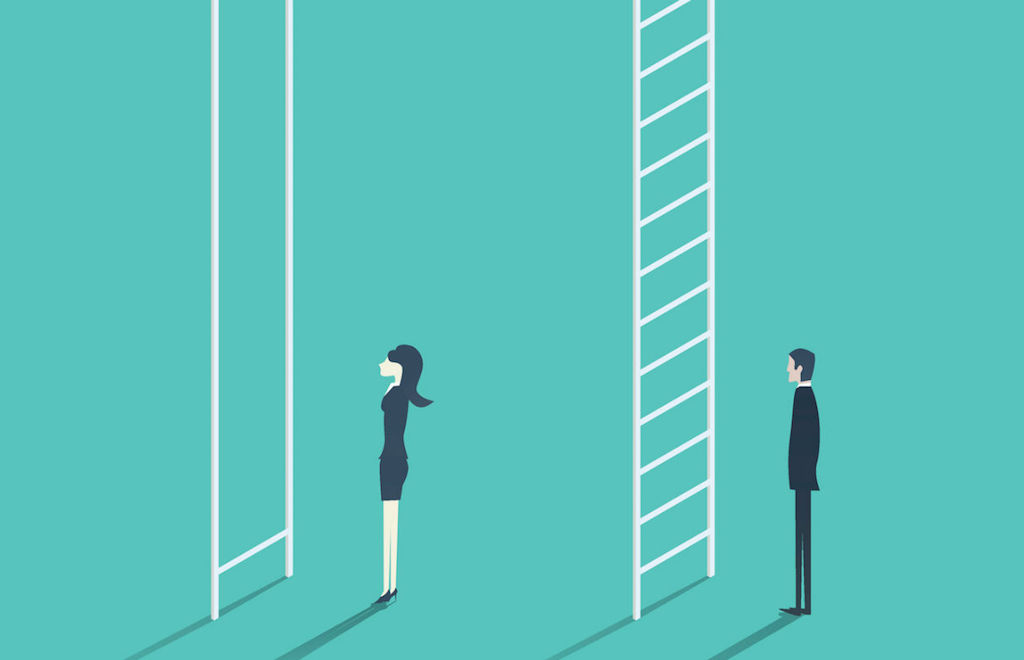 As Peggy Orenstein, an author who writes about gender inequality sums up in her book Schoolgirls, the hidden curriculum has allowed girls to take on the role of being compliant and silent in society while it has allowed boys to be dominant and disruptive. This reinforced idea about gender-based expectations creeps into later years of life where the female is expected to take on a submissive role in a relationship, and aspire to marriage while the male takes on a dominant role in a relationship, and is expected to be the breadwinner of the house. If the hidden curriculum continues to promote gender-based inequality, the cycle of segregation may never end. Thus, the hidden curriculum warrants both human rights and social justice concerns.