Have you ever wondered what it’s like to perform at one of the largest classical music competitions in Canada? I’m sure you would imagine it to be a stressful and intimidating experience. And why wouldn’t you, given that you’re performing in front of a large massive audience with professional musicians critiquing your piece? Most of us would be terrified. But not Cameron Miranda-Radbord! As a 13-year-old, Cameron already has years of experience playing at the Kiwanis Music Festival under his belt.

A natural competitor, Cameron has participated 50-60 times at about 12 different festivals at the local and provincial level. These include the Chinese Cultural Centre Music Festival as well as festivals in North York, Pickering and Burlington. Most notable is the Kiwanis Music Festival, where he has been competing for six years.

“Every year I’ve gone, it usually goes pretty well. I’ve had really good years and experiences. [The Festival] is very well organized and they always find the best adjudicators. It’s a very pleasant atmosphere… it’s funny because Kiwanis is one of the most competitive festivals in Ontario and it should be a very competitive environment, but it’s really quite cordial. I know quite a few people and I still stay in contact with them.”

The Festival is open to all ages and features piano, voice, music theater and strings. This year, Cameron is taking part in the Grade 10 Piano competition.

When asked if he gets nervous before performing, he answers “Not really. I get excited: I jump around a bit, I wave my hands. Am I fearful? No. I’ve screwed up quite badly a few times. I’m not really scared of failure. So I enjoy it and do my best. Although sometimes I can get a bit competitive… But I’m mostly just excited.”

I wish I had that kind of mentality! My fear of failure is something I know I really need to work on… I think we can all learn from Cameron on how to handle what would be considered high-stress situations (well, for me anyway!).

You would think that 13-year-olds are way too preoccupied with sports and videogames to be interested in something like classical music. So how did Cameron decide that practicing piano was the main way he should spend his time?

“We had a piano in our house. I didn’t really have that much to do; I wasn’t very busy. I wasn’t really too interested in sports or anything. The piano was there and I thought it looked like a toy so I just played with it a bit. Then a piano tutor came and saw that I liked the piano so then he referred me to someone… [Eventually] I wanted to compete and gain recognition for what I’ve been doing. It was fun so I decided to do it again and again.” 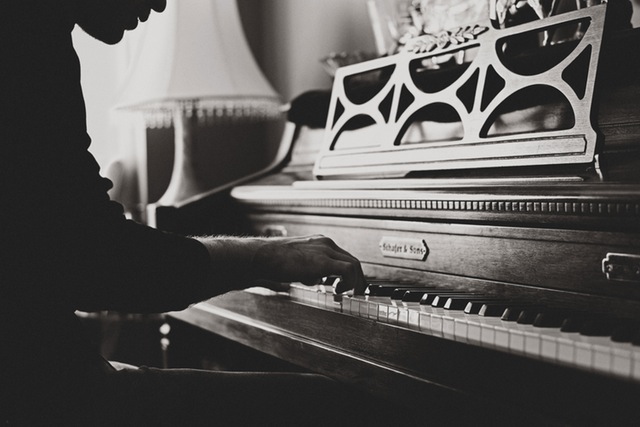 Since then, music has changed other aspects of his life in a number of ways. “It’s a good thing to put on your resume. You go to all these competitions and they give you prizes. Sometimes you get to play at other concerts… But I think the big thing is my work ethic and responsibility. [Playing piano] is difficult and you’ve got to work on it for a while but at the end, you have a piece that sounds good… I’m really grateful for my parents for keeping me in piano because it has really given me so much.”

This makes me wish that I had continued my piano classes, or at least, be as committed to something the way Cameron is.

Cameron adds, “Music is something that you always have with you. It relies on you to exist. It takes something as normal as sound from anywhere and turns it into something else. You can make the audience feel things. Music is such a powerful medium because you can use music to say things that language can’t.”

I’m pretty sure I had to pause at this point because all I was thinking was “wow, that was deep.”

And for anyone interested in being involved with music, this is his advice: “Start with piano. Once you know piano, it becomes easier to read other music. You don’t need a teacher. Just go on YouTube and search up how to play. Do it yourself until you need someone to teach you more than you know already. Always perform for people and enter competitions. And keep practicing. If you want to do well, then you need to commit to it.”

This is really great advice – and it applies to other things too!

On a final note, Cameron would like to thank everyone involved in the Kiwanis Music Festival and all other festivals. Kind words from a talented young man!

This was a really fun interview! The entire time I was impressed by how much Cameron had to say and the way in which he described his thoughts and experiences. It truly felt like I was talking to someone older than his age. I could clearly tell that he’s excited and passionate about playing the piano. Good luck in this year’s competition, Cameron!