In various articles, you may have seen the headline “Movies That Pass the Bechdel Test”, or “Does this movie Pass the Bechdel Test?”. Since it gained popularity in the 2000s, it has been used as a measure of female presence in film where it helps promote and understand how women are unequally represented. It has highlighted the number of films that do not pass the test, even in 2021. But did you know that it was never meant to be used as a test, and that it was originally a lesbian joke? 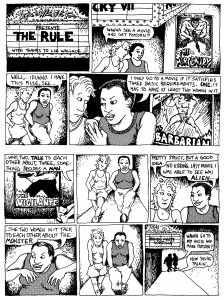 Origin of the Bechdel (Wallace) Test

Introduced by American cartoonist Alison Bechdel in her comic series Dykes to Watch Out For in 1985, a strip called ‘The Rule’ includes a character describing her rules for watching a movie: “I only go to a movie if it satisfies three basic requirements. One, it has to have at least two women in it, who two, talk to each other about, three, something besides a man.” Starting from the 2000s, it has been used to discuss how many films still fail the test. For instance, in 2018 only 33.1% of named or speaking characters within the top 100 grossing films were girls / women.

As mentioned, the Bechdel (Wallace) Test was not meant to be used as a test and Bechdel describes it as “just a little lesbian joke in an alternative feminist newspaper” that gained popularity when young feminist film students discovered the comic strip and resurrected it on the internet, and it is now used to analyze films. 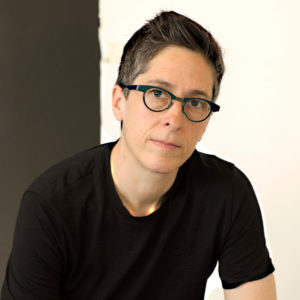 This idea also originated from her friend, Liz Wallace, who stated her requirements for watching movies and would prefer the test to be called ‘The Bechdel-Wallace Test’ instead of ‘The Bechdel Test’.

When the comic strip was published in 1985, Bechdel stated that the only film Wallace could watch was Alien because two girls talked about the monster.

Problems with the Bechdel (Wallace) Test

The first problem with the Bechdel (Wallace) Test is that it only analyzes the film for female presence without considering the context or message of the film.

Because of the loose requirements, films that have nothing to do with feminism can pass the test. For example, many films are horror movies where the focus is on survival. As such, movies that pass the test may not be necessarily empowering to women. Bechdel acknowledges this: “You can have a feminist movie that doesn’t meet the criteria…and you can have a movie that meets the criteria and isn’t feminist. So, it’s not scientific or anything”. 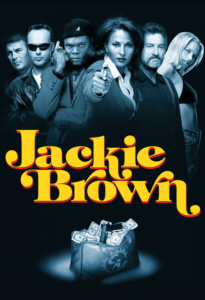 Bechdel mentions a film that fails the test but is still feminist: Jackie Brown. According to her, it has one of the strongest female protagonists she has ever seen in a Hollywood movie. Another film is Gravity, which features a brilliant female protagonist working to survive being stranded in space. But because the female protagonist doesn’t have another female to talk to, Gravity does not pass the test.

Of course, there are films that pass the test but are not empowering to women. These include Sex and the City 2, which passes the three requirements. However, it is not empowering to women as the female characters are racist and materialistic while having many conversations about men. The characters only wore designer clothes, and the first film portrayed women’s jobs as a reason for infidelity. Steve (husband of Miranda who is one of the four main characters) blames his failures on Miranda for working instead of spending time with him, even though she was working to support their family. In the second film, Miranda quits her job because Steve suggested that she should help out around the house by spending more time at home. Racism is also evident in the movie, where Middle Eastern men are depicted as different and exotic by being shot with “jingly jangly music” in sparkling lights, and alongside inaccurate Arabic phrases, Arab men are illustrated as savages. Bechdel herself stated that the film does not really pass the test, as the female characters mostly talked about men.

Another example is Twilight (2008). It features a human female protagonist, who falls in love with a 108 year old vampire. It passes the test when she talks to her mother about moving to a new town. However Edward is very controlling of Bella and refuses to turn her into a vampire despite her wishes.

Furthermore, another problem is that the Bechdel test does not consider diversity in the film industry. For instance, while the number of white women increased in major, speaking and lead roles, the number of most women of color on screen actually decreased in 2019. This problem hasn’t improved in 2020 as only one person of color was nominated for the Oscars in the acting categories.

This inequality is important because films have the power to influence cultural attitudes about  gender expectations, norms, and roles. Similarly, portrayals of women of color in film also affect stereotypes, which in turn can influence male filmmakers to create films that add to the pre-existing cultural attitudes. And this is what the Bechdel-Wallace test fails to acknowledge – the lack of women of color, and how this influences them in society.

Although the Bechdel (Wallace) Test has a lot of problems that are acknowledged by Bechdel herself, it is still impactful because it promoted the discussion of women’s representation in film. It influenced studies regarding its effectiveness (see “Testing the Bechdel Test”, “The Bechdel Test and the Social Form of Character Networks”, and “How Movies with a Female Presence Fare with Critics”). Similarly, the project ‘Quantified Feminism and the Bechdel Test’ by Duke University found that movies that pass the test have a higher return on investment in comparison to movies that don’t pass. Moreover, they illustrated a positive relationship between the number of women working in a film’s production with the amount of female dialogue.

The film industry has also worked to improve the issue of inequality. The Academy of Motion Picture Arts and Sciences have taken action to increase diversity in 2016, with a goal of doubling the number of diverse and female members of the Academy by 2020. They did meet that goal: they tripled their members of color and doubled the number of female members. Despite this, there was only one nominee of color for Oscars in 2020 and many films still failed the test. 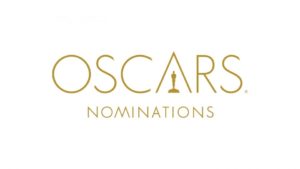 Image Source: The Academy of Motion Picture Arts and Sciences

The DuVernay Test requires African Americans and other minorities to have a role that isn’t simply serving as scenery in white stories. In comparison to the Bechdel-Wallace test, it considers racial diversity and challenges existing cultural attitudes. However, it is not specific towards gender norms.

The Peirce Test requires a dimensional female lead and her own storyline, where she exists authentically with desires and needs that allows the audience to understand and empathize with her actions and desires. Similar to the Bechdel (Wallace) Test, this considers the lack of women in the film industry but takes it further by having specific requirements regarding the role and actions of the female character. But it does not consider racial diversity.

The Ko test requires a female-identifying, non-white person in the film that speaks English in five or more scenes. This test is a combination of the previous two: it considers the issue of racial diversity and the lack of women of color. However this test isn’t meant to be used on foreign films or films with a non-English script.

Even though film tests were created in response to gender and racial inequality, none of them are perfect. It is also difficult to find a film that passes all of these tests; many of them failed one or another. 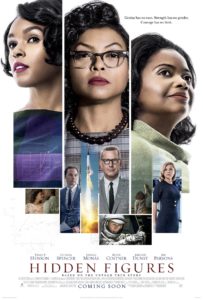 However there is one: Hidden Figures, which features female African-American mathematicians that played an important role in the early years of NASA’s U.S. space program. Despite this, it has not won an Oscar in spite of doing very well in the box office.

As such, just like Bechdel’s intention, it is clear that film tests shouldn’t be used to measure a film’s progressive meaning as they are reductive – films can be inspiring towards women but they may fail the tests or not consider the issue of racial diversity. The tests are also not an indicator of a film’s success: Sex and the City 2 has grossed approximately $294 million and Gravity has grossed more than $700 million and won seven Oscars despite only passing the Peirce Test.

Ultimately, we should treat the Bechdel (Wallace) test as a wake-up call for the inequality in the film industry and judge films by how they make us feel, what they teach us, and if they make us think.