The Centrifugal Set of 2001: A Space Odyssey

Miraculously, 2001: A Space Odyssey debuted in April 1968, a year before the first moon landing in July 1969. Directors Arthur Clarke and Stanley Kubrick (who is best known for A Clockwork Orange and Dr. Strangelove) hired Frederick Ordway and Harry Lange, two contractors in the aerospace industry, to create futuristic space vehicles. Ordway and Clarke convinced IBM, Honeywell, Boeing, General Dynamics, Grumman, General Electric, and Bell Telephone that participating in the film would generate publicity for the companies. They agreed, liking the idea of a feature-length advertisement for space technology.

The 2001 Archive reports that “while earlier Science-fiction films had aimed for a streamlined ‘futuristic’ look, 2001’s production design was intended to be as technologically credible as possible.”

To be as technologically credible as possible, 2001 decided to forgo animation and special effects, like Computer Generated Imaging (CGI). Designers use CGI in modern films by creating computer generated graphics that are mixed into previously filmed scenes. This method is typically seen in cartoons or films that have unrealistic elements such as dinosaurs or magic.

2001 attempted to employ weightlessness in real time by building the crew’s compartment to have centrifugal force generated by rotation. A 30-ton model spacecraft was then built by Victors-Armstrong Engineering Group (a British aircraft company) with all the props bolted to the floor, as the centrifuge rotated at a speed of three miles per hour. The centrifuge looked like a giant ferris wheel running in slow motion, as seen below. 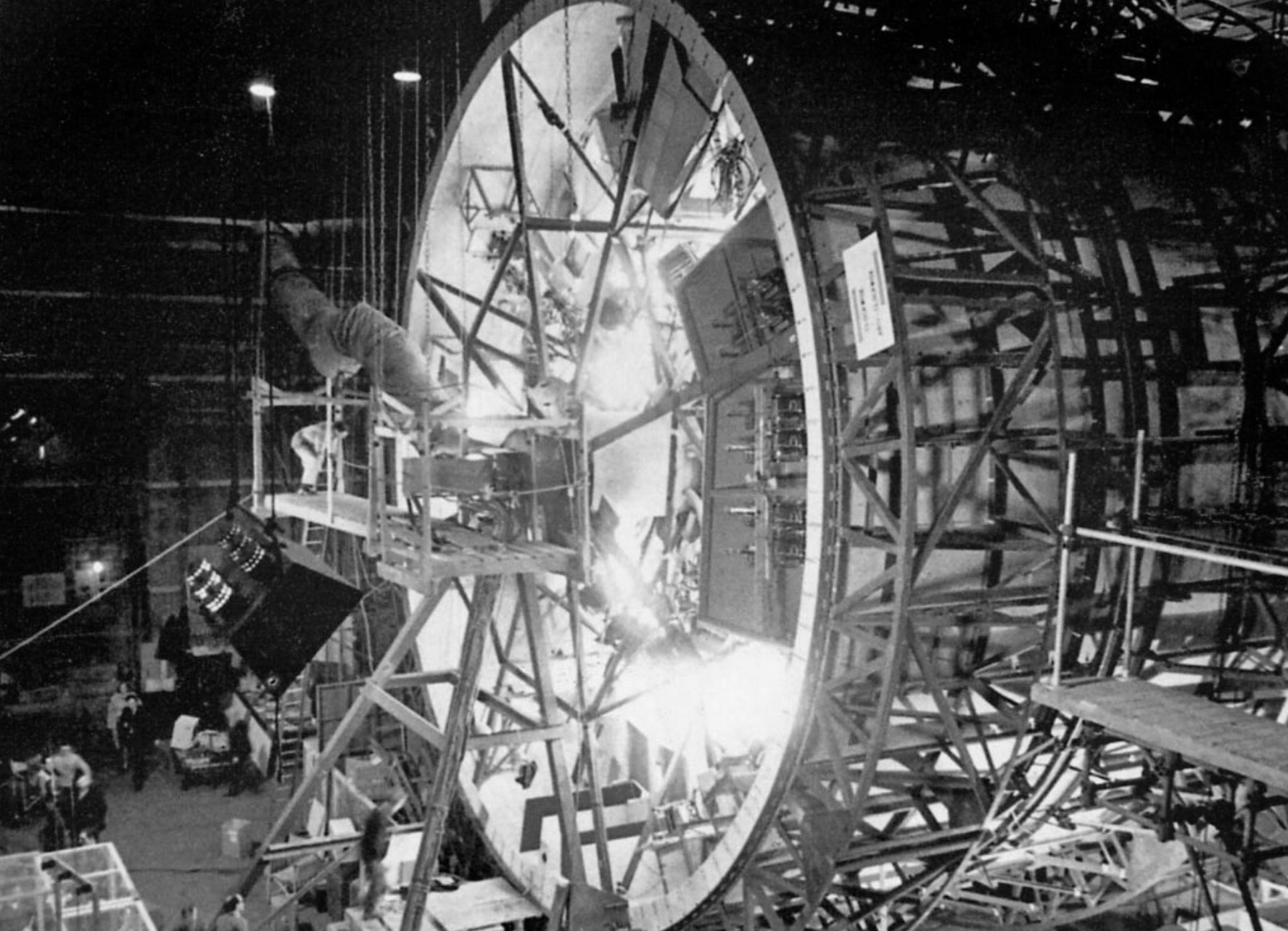 Actors stood at the bottom while the set spun around them. Objects were hung in the air on rotating glass disks with a camera placed on the ground looking up into the set.  The centrifuge captured scenes to create the illusion of weightlessness — without animation or major stunts, making it a groundbreaking display at the time.

The film Apollo 13, directed by Ron Howard, is even more ambitious than 2001 in its attempt to keep the movie as realistic as possible — without putting cast members in wires. The 1995 movie is based off of NASA’s third manned mission to the moon in 1970. The famous line “Houston, we have a problem” comes from this mission, when a support crew on Earth had to race against the clock to get the astronauts home.

Actors Tom Hanks, Kevin Bacon, and Bill Paxton flew in NASA’s famous KC-135 plane dubbed the “Vomit Comet” to simulate zero gravity, much like their astronaut counterparts prepping for space. A motion sickness briefing is required before stepping on board — because the human  body gets confused when it feels something different than it sees. The natural response to this confusion is barfing. 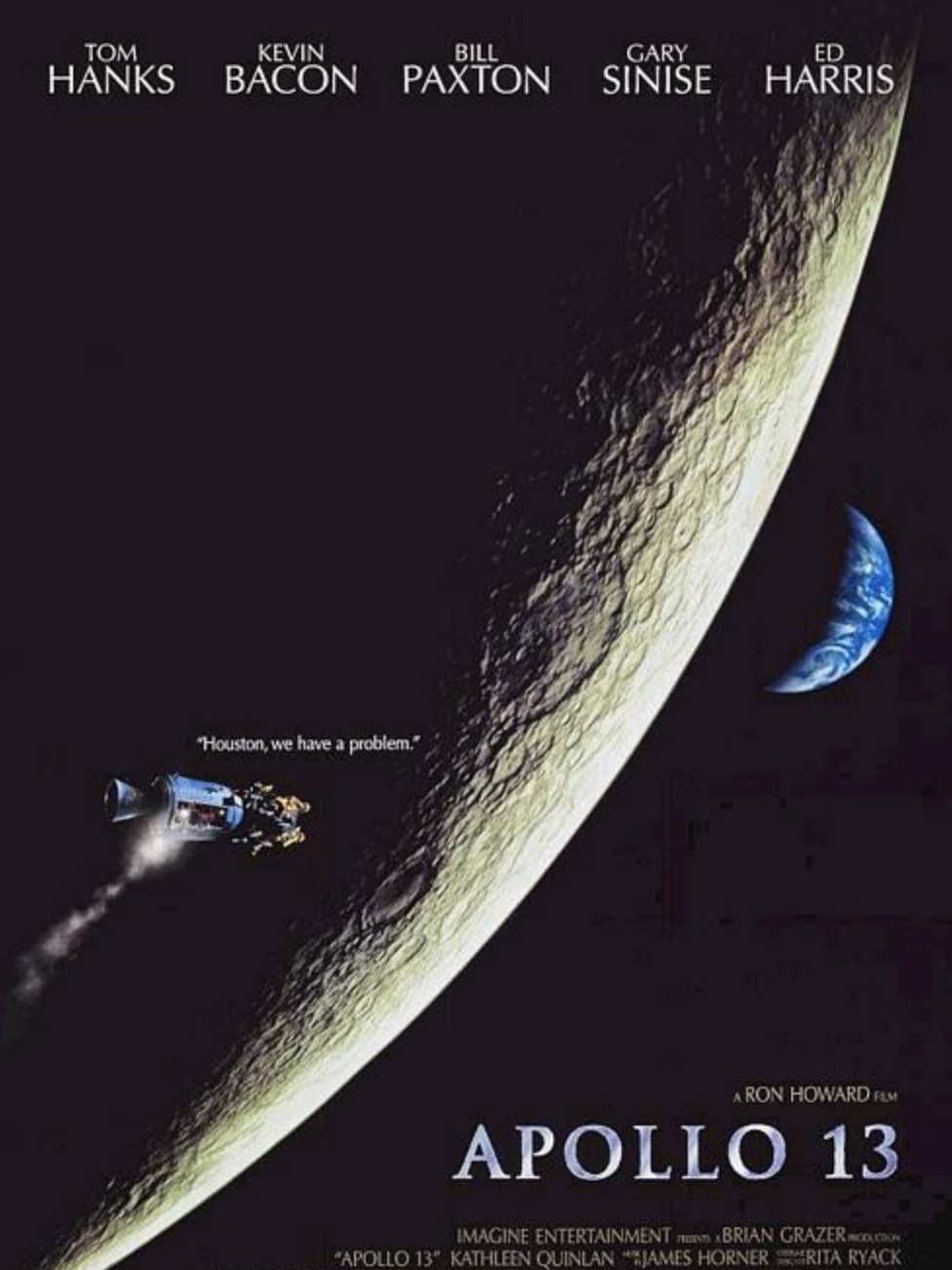 The spacecraft only has ten rows of seats used for takeoff in normal gravity. The rest of the plane is outfitted in cushions so passengers in zero gravity can move as they please without crashing into the ceiling of the aircraft. Passengers feel like they are floating, but in reality, they are hurtling towards the ground. Therefore, most close-up scenes were filmed in studios while the cast rode on gently moving seesaws, which were  spliced in with full body shots, to get the best results possible.

Space enthusiast Emily — a correspondent on Bill Nye Saves the World — notes “that the Vomit Comet flies up to 36,000 feet before abruptly diving to the ground, much like a curved parabola.” The hump of this parabola is where zero gravity occurs, while the bottom half is when people feel increased gravity for 20 seconds. There is also a segment of the flight that simulates gravity on the Moon, which is 16% of Earth’s gravity. This change occurs five times during the two hour flight. 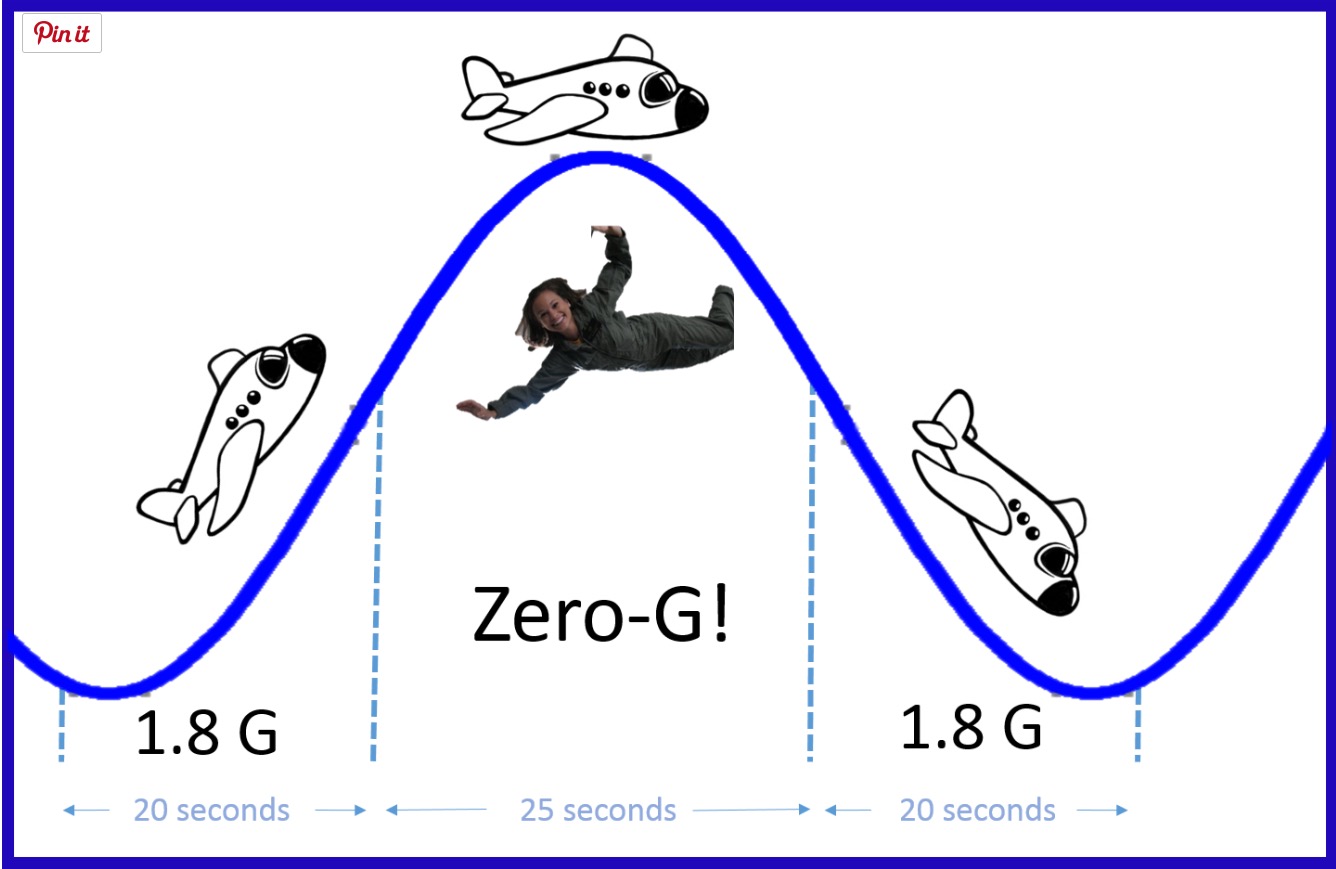 The parabola motion of the Vomit Comet plane (Image Source: The Space Gal)

The film crew cut scenes into small chunks to shoot in midair, as the actors only experienced weightlessness for 25 seconds before being slammed to the ground when Earth’s gravity returns. This was especially helpful to the cast of Apollo 13, who spent nearly four hours in weightlessness over the course of 612 flights. This is more than most astronauts do before reaching space!

These classic space movies remain celebrated today because they employ technology creatively. They capture the spirit of galaxy travel — a much-fantasized topic for audiences — that few will ever personally experience. Apollo 13 and 2001:  A Space Odyssey bring weightlessness to living rooms, igniting viewers’ dreams in the process.