Like most siblings, my brother and I fought. A lot. We would fight about nearly everything, from food to chores to really anything that could lead to even the smallest argument. Needless to say, we still fight (though substantially less than we used to). But during those chaotic years, there was one thing we continued to share a special adoration for: music. My brother and I have, more often that not, liked the same kind of music. There were never conflicts over what station to pick in the car. The kind of music we loved wasn’t a particular style, just some random theme songs and Weird Al classics.

Weird Al could change my brother and I from arguing to laughing — which was always pretty great. We thought “Like A Surgeon” was an original song, and it wasn’t until I saw Glee that I realized it was really a parody of “Like A Virgin.” As much as we loved Michael Jackson, we memorized all the lyrics to “Fat” long before “Bad.” “Trapped In The Drive-Thru” was a classic for us, and at one point we could recite the whole song by heart. We’d watch Weird Al’s “Jurassic Park” music video at least twice a week, and for those minutes the house was fighting-free. Because we’ve never actually been remotely good singers, it was completely acceptable to sing terribly in front of each other. And because Weird Al’s songs are not about the singing but about how much you laugh, it didn’t matter anyways. We didn’t even have to be listening or watching his videos to be singing it; his songs would be stuck in our heads for the next half hour. Singing the songs ourselves, we would jump around the house laughing and trying to do the spin Weird Al does in “Eat It,” a parody of Michael Jackson’s “Beat It.” We could watch his music videos for as long as we were allowed to be on the computer, connecting over the outright strangeness of Weird Al and his music.

My brother and I avidly watched Doctor Who together until season 9 came along and the show fell into itself. But the theme song never got old. My brother learned to play it on piano, and it’s the one song I can stand to hear him play continuously. He absolutely loved (and still loves) the instrumental theme song, and we’d get all excited and giddy when we heard it on Netflix. We also had Star Wars on VCR, so obviously we watched it every other night, humming the famous theme song together. And when we graduated from our days of Star Wars, Avengers Assemble had us screaming the catchy intro. While we spent time watching those shows and movies, it was the music that got us actively doing something together. It’s not like we connected spiritually or anything like that, but those songs, both instrumental and lyrical, were what we could relate to and geekily sing aloud.

Spirit – Stallion Of The Cimarron

After VCR’s played out their time, we went looking for Spirit on DVD — which means that the movie was important. Bryan Adams and Hans Zimmer collaborated on the amazing and touching soundtrack for the animated movie, and my brother and I could sing together rather seriously for once. We’d watch the movie over and over again, and the songs were emotional enough that it actually made us cry. We memorized the lyrics, and because of the plot paired with the emotional songs, we were both awakened to colonialism and the idea that before Europeans came, the land was filled with beautiful creatures and green grass. It was passionate, and we both wanted to be Spirit (who, by the way, is a horse). But it was the songs and how moving they were that put that level of emotion into all of it. 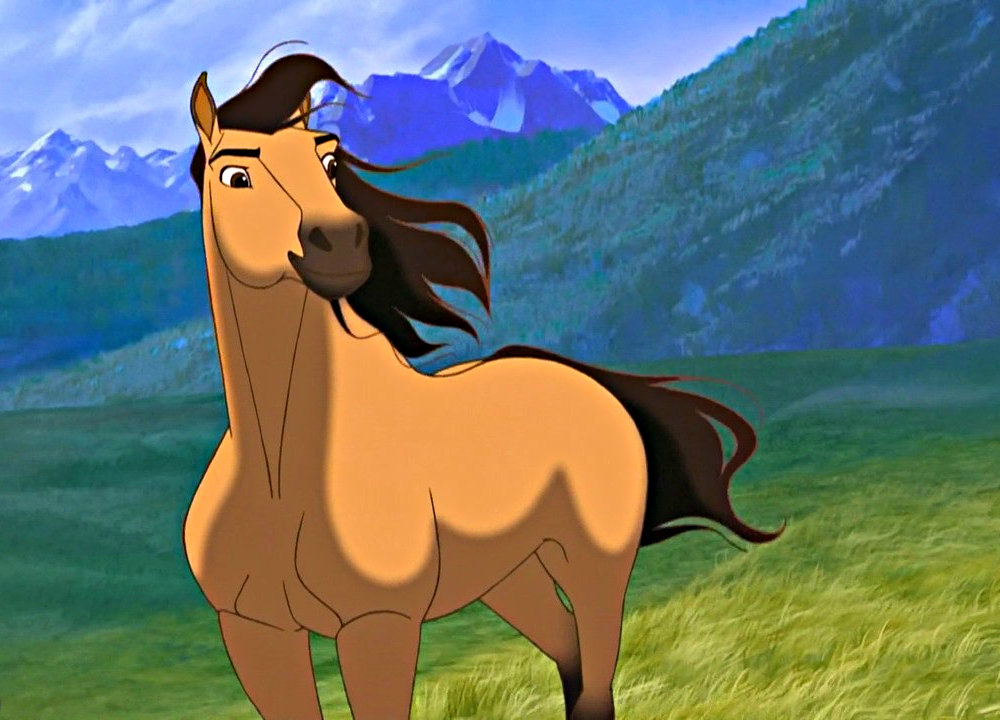 While my brother and I don’t listen to much of these songs anymore, I’m pretty confident that if one of us hummed a line or tune, the other could follow easily. Music has the ability to heal and reflect or change moods. For my brother and I, it served it’s purpose as a sort of ‘non-conflict zone’; it was a safe space, laughing or crying. And that’s the word right there, together.