Ever since winning the seventh season of the Amazing Race Canada, Dr. James Makokis and Anthony Johnson instantly became role models for many young Canadians, especially to Indigenous and queer youth. During their time on the show, the two-spirit couple from Alberta raised awareness of Indigenous issues using their outfits. They wore their handmade red skirts and a bandana for missing and murdered Indigenous women and girls, and blue shirts with the words “Water Is Life” to show the cultural and ceremonial importance of water. Off-screen, they continue to work towards improving the living conditions of Indigenous peoples in Alberta. While Johnson works as a project consultant at Kehewin Health Services, Makokis fills a gap in the healthcare system through his medical practice specializing in transgender health.

From the age of four, Makokis knew he wanted to be a doctor. He’s been practicing as a family physician since 2012 after training at the University of Ottawa and the University of British Columbia, where he received additional certification from the Aboriginal Family Medicine Training Program. A few years following the opening of his practice, Makokis started his transgender health-focused clinic after encouragement from a colleague who said he would be saving lives if he practiced trans medicine. 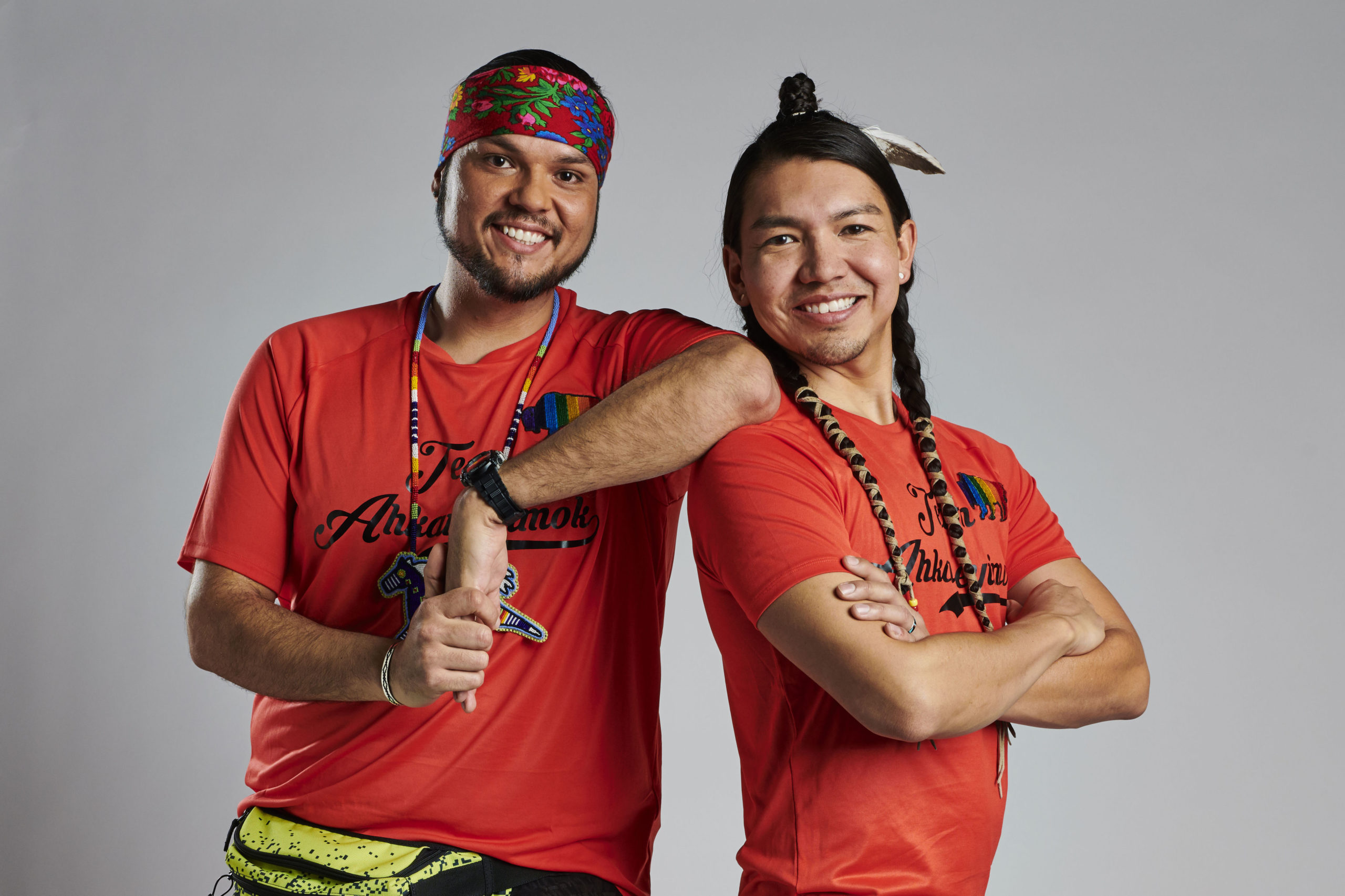 Johnson and Makokis on the Amazing Race Canada (Image Source: University of Toronto)

Holes in the Healthcare System

The Trevor Project’s 2020 National Survey on LGBTQ Youth Mental Health collected data from 40,001 LGBTQ youth (ages 13–24) in the United States. The survey found that just over half (52%) of transgender and nonbinary youth have seriously considered suicide, which is higher than their cisgender peers (34%). One of the key findings stated that affirming gender identity among transgender and nonbinary youth through having their pronouns respected or having access to gender-affirming clothing, is consistently associated with lower rates of suicide attempts.

However, trans people continue to face harassment and discrimination, and access to trans health care can be difficult to come by. A recent report by TransPULSE, which surveyed more than 2,800 trans and nonbinary people 14 years and older from across Canada, found that although more than 80% of respondents reported to having a primary care provider, 45% also said they’d experienced having one or more unmet medical needs within the past year. In comparison, only 4% of the general population did not have their medical needs met.

Since the COVID-19 pandemic started, gender-affirming surgeries—which can greatly reduce gender dysphoria and improve one’s quality of life—have been delayed due to its classification as a non-urgent surgery. Even before the pandemic, receiving gender-affirming care meant long waitlists because of limited research and specialists. Patients often face barriers and gatekeeping by both insurance companies and doctors to receive care in the first place. Many trans patients battle with insurance companies over which procedures are considered “medically necessary,” and health providers often use words such as “cosmetic” or “elective” to deny coverage.

Trans and nonbinary BIPOC (Black, Indigenous, People of Colour) are also more likely to face barriers and discrimination, as intersectionality affects how people are treated. Intersectionality is the concept used to describe how race, class, gender and other individual characteristics “intersect” with one another and result in added privileges or disadvantages due to how a person identifies. So while an Indigenous person may face one set of challenges and a trans person may face another set of challenges, and being trans and Indigenous presents a whole new set of problems that reflect both the person’s trans and Indigenous identities.

Indigenous people experience poorer health outcomes than non-Indigenous people in Canada, caused by the lack of access to quality primary health care and lower socioeconomic statuses. Indigenous peoples also lack access to adequate health services, especially in remote communities. And even if they can access health care, many face racial discrimination which leads to poorer mental health, an aversion to seeking health care and the denial of the services and resources they need. Unsurprisingly, the pandemic has exacerbated these issues. 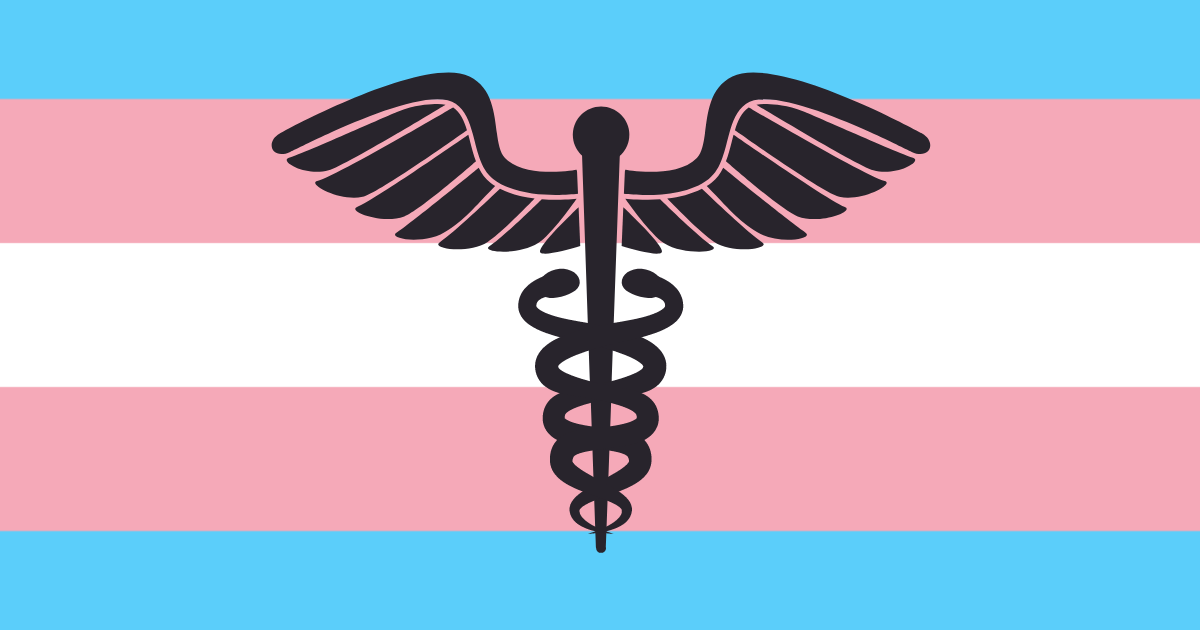 To create a safe space for Indigenous people, Makokis hopes to decolonize healing practices. This means funding Cree healing practices alongside Western medicine, for example. With the assistance of a three-year federal grant, his husband Johnson is working on the groundwork for a birthing centre that embraces Cree midwifery. This includes children being born with traditional ceremonies and hearing the first welcoming songs in their native tongue.

Currently, Makokis is the only doctor working with transgender patients in Enoch Cree Nation, a reserve in central Alberta. Unfortunately, many family doctors don’t feel confident to assess gender dysphoria (the feeling of discomfort or distress that might occur in people whose gender identity differs from their sex assigned at birth) and prescribe hormone transitioning, resulting in a lack of physicians working in trans health. Furthermore, there hasn’t been training in the medical field focused on transgender patients until very recently, and most trans care is located in Canada’s urban centres like Montreal, Toronto and Vancouver.

To treat gender dysphoria, Makokis gets to know the patient over multiple visits instead of providing an immediate diagnosis. He asks questions about their lives, such as their families, hobbies, pronouns and future plans before spending a significant amount of time going over their gender and sexuality history. His patients praise his empathy and understanding, and his reputation attracts non-Indigenous patients as well. 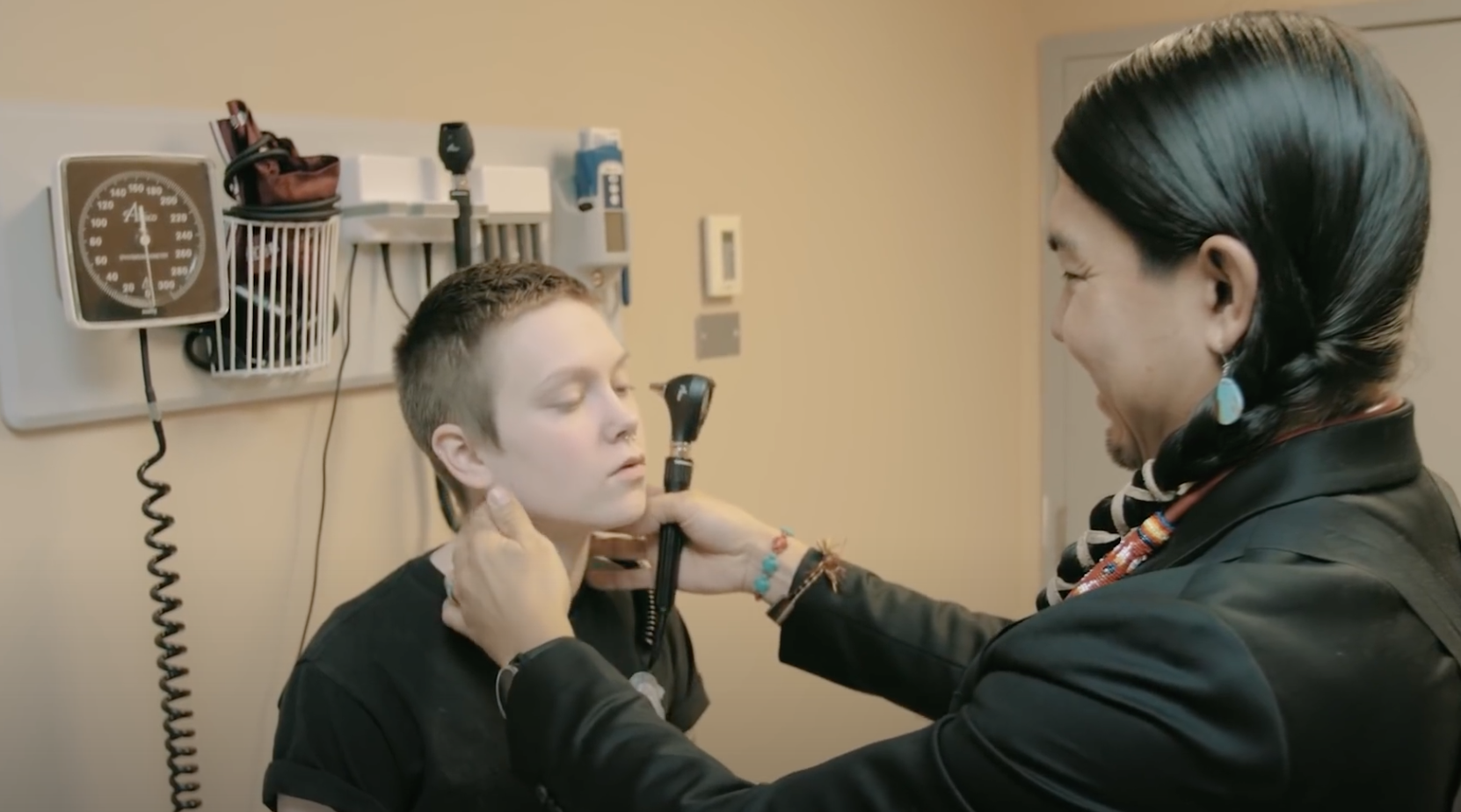 Hope on the Horizon

After filming wrapped on The Amazing Race Canada, Makokis and Johnson started a fundraiser to build a cultural healing centre in Kehewin Cree Nation. Their goal was $250,000 and, so far, they have raised $13,579. Although their plans to go on tour to raise more money were put on hold by the pandemic, they remain hopeful that the situation will change once people are vaccinated.

Slowly but steadily, more and more people are being vaccinated. Back in February, the Kehewin Cree Nation received 100 doses of the Moderna vaccine and celebrated this occasion with a traditional Cree ceremony. On May 3rd, Makokis received his second dose of the Moderna vaccine and posted about it on Instagram, captioning the photo with, “I’m happy I was able to utilize the “‘medicine chest’” our Ancestors enshrined into #Treaty6 for diseases our people would encounter in the future. Today I asserted our treaty right to health care. Thank you for thinking of us generations into the future.” 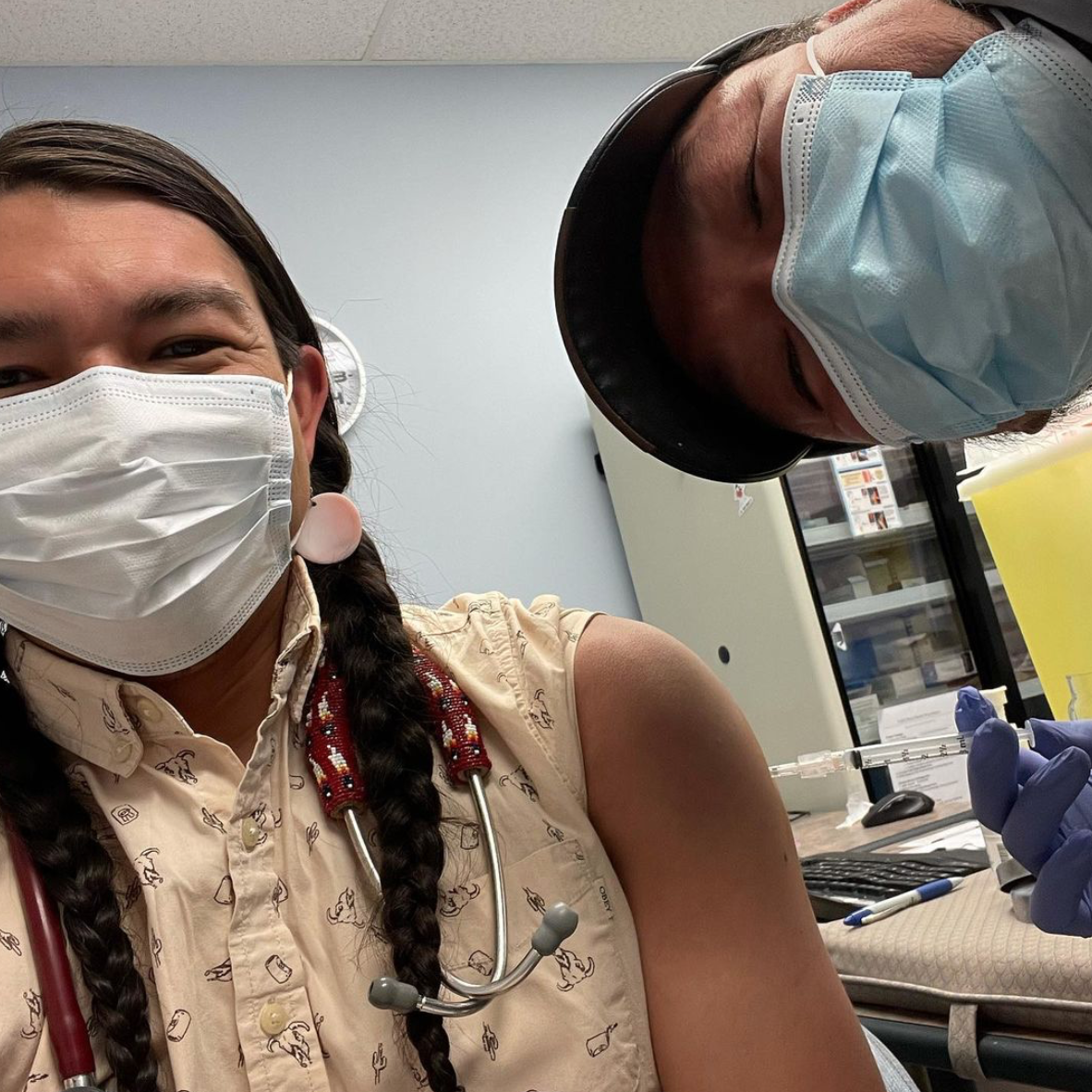 Makokis getting his second dose of the vaccine (Image Source: Instagram)