What would make me march straight out of school? (I mean besides the boringness of it all)

It is the way our own kids in the school are different sex, race, religion, ethnicity, and yet I still see kids made fun of every day because they are transgender, and Bisexual.

That is no reason to make fun of a kid.

What is the point of joining in a school that says everyone is welcome when really, when only Straight people are welcome?

I have a friend who just came out as bisexual this week. Within the one day she did it, five people shoved her into her own locker, called her a f*cking ho, and told her she should kill herself.

This behavior is welcome?

I think everyone should have the right to like whatever gender person they want, and not be given shit for is.

The teachers, they don’t even make a change on this either. Are they turning a blind eye, on the kid being beat up because they don’t like the same gender as all the other kids? Are they so scared to be next… I don’t know what’s happening to our school, but it needs to change.

What happened to the America I knew?

The free country that people stretched, and strained to be here. They called America “the mixing bowl” because we had everyone. We had African-Americans, we had Whites, we had Chinese, we had Asians, and everyone else.

Now, we still have those, but we also have expectations.

Putting limits on everything we know? What type of America is this?

If this is what we are known for, then I don’t know if I want to live in America anymore. I don’t want to be told who I can like. I don’t freaking want to be told that I should kill myself because of the types of kids I like.

And I don’t want that for anyone else either.

My friend cried almost a hour in the bathroom, after school that day.

It changed her, and it’s firing me up.

I think the way that we judge, limit, and hate on people is so wrong. Not only does it break people down inside, it’s just not right.

Which is why I would march out of school for my friends sake if it could mean that I would help all the other people who are being bullied, almost to their breaking point because of the guy, or girl they end up liking. 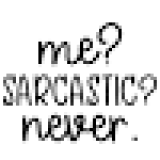