Is the world coming to an end? We’d love to believe that “no” is the response to that question because it would surely be of some comfort to our souls (it did work in 2012, didn’t it?). Yet, as the days go by, it seems to be increasingly evident that “yes” is slowly becoming the correct answer. The Doomsday Clock itself has also suggested that the chances of an end-of-world scenario happening are stacked against us.

The clock has been used as a representation and symbol of how close we are to worldwide catastrophe since the year of 1947. On January 31, 2017, the creators and long-time maintainers of the symbol, The Bulletin of Atomic Scientists, set the clock to be two and a half minutes to midnight, in other words, global catastrophe. It is the closest we have been to the twelve-hour mark since the hydrogen bomb tests by both the United States and the Soviet Union in 1953 (it was two minutes to midnight in that year). However, at this point in time, we don’t even need two clock hands to warn us about the impending risk of global disaster.

Most of us are well aware of the many possible dangers that jeopardize our existence. Extreme climate change, cyber-attacks and nuclear warfare are just some of the many different threats that are capable of bringing about a doomsday in our near future. Compared to the past, today’s technology has vastly improved and politics now have more of an influence on our society than ever before. While we consider politics and technology to be normal parts of our lives today, they have subtly shifted us closer to an end-of-world situation.

Let’s take a look at politics. Over the years, a few of our leaders have made some questionable decisions, but we do not have to look too far into the past for an example. The President of the United States, Donald Trump, has already made an eyebrow-raising choice regarding his nation’s nuclear weapons within the first few months since his inauguration. His desire to expand his country’s nuclear arsenal is simply outrageous. Former Soviet President, Mikhail Gorbachev, had called on President Trump and Russian President, Vladimir Putin, to initiate a United Nations Security Council resolution, stating that “nuclear war is unacceptable and must never be fought.” However, the American head of state had previously issued the following statement on Twitter:

His position on nuclear weaponry and his arrogant actions have certainly resulted in heated tensions between the U.S. and other nuclear super powers including Russia and China. In this way, President Trump seems to be the special ingredient in the “doomsday recipe” as he appears to be guiding the world dangerously close to the verge of nuclear war. As we can see, the power and influence of politics can lead not only to major milestones in history, but also to dreadful apocalyptic scenarios.

In technology, we see a similar story. From complex transportation systems to little gadgets that can serve as our calendars, calculators and cameras. In many ways technology has made our lives much more comfortable.However, one thing is clear: technology can be good, but not always when it’s in our hands.
We are perfectly capable of using technology, but do we use it responsibly? Apparently not. We have been either overusing or misusing our many forms of technology.

In 2011, data retrieved by the US publication, Wards Auto, found that there are more than 1 billion operational cars in the world. That number is slowly rising, along with the amount of greenhouse gases being emitted by automobiles. At this rate, extreme climate change might become a reality sooner than we think.

On the other hand, we have computers. Whether it’s the military, oil industries, or stock markets, many important systems in society rely on fast and effective computers. Yet, it is easy to forget that these devices of ours are not so all-powerful. One simple glitch or one malicious hacker is all it takes to cause a series of technological errors, and eventually a system breakdown on our computerized networks. The chances of such a situation occurring are fairly unlikely. But, if it does happen, we will be in deep trouble.

In his novel, Lights Out: A Cyberattack, A Nation Unprepared, Surviving the Aftermath, renowned broadcast journalist, Ted Koppel, argues that a modern cyber attack on the electrical grid could possibly result in a massive blackout that lasts for months. He also states that “electricity is what keeps our society tethered to modern times”. He’s right. Without electricity, our society will crumble. No transportation. No communication. No banks. All of our systems will crash and we will be left in a helpless situation. Our once-glowing world will be engulfed by darkness. 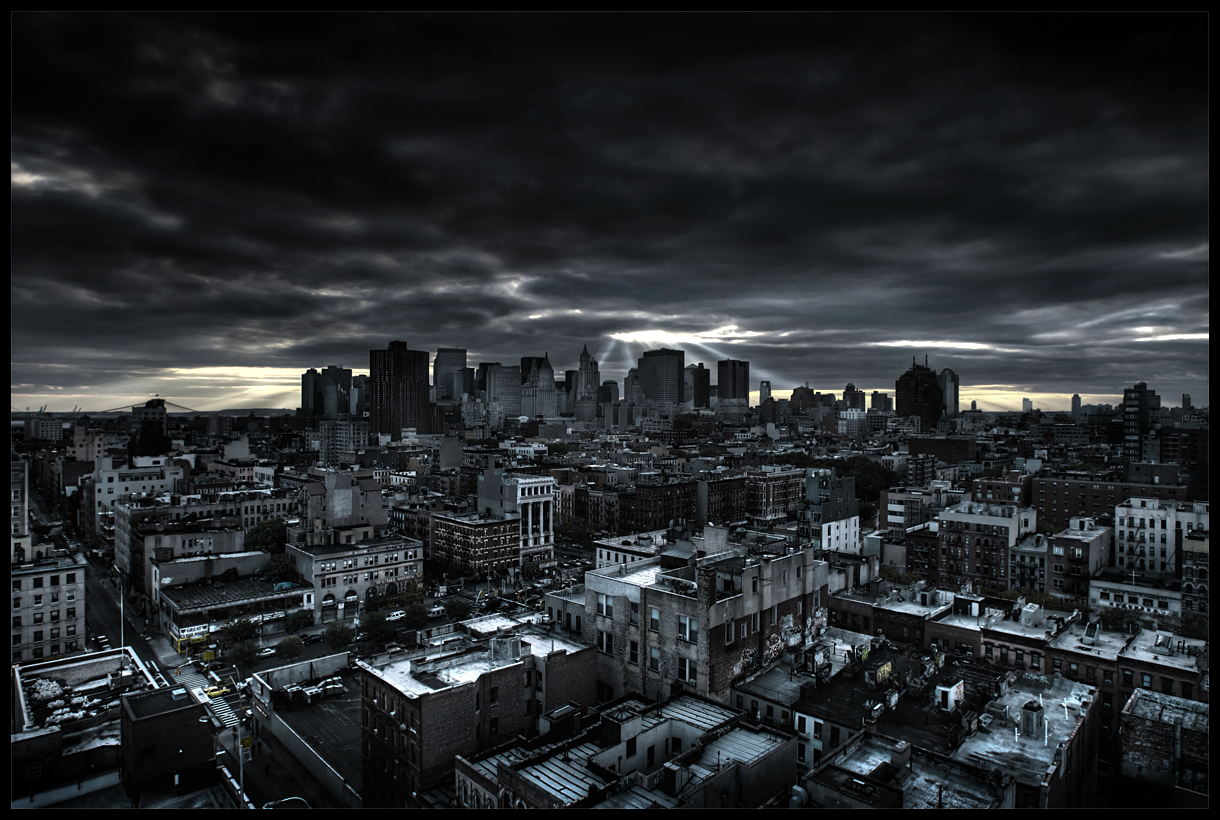 Let’s remember that our time on the Doomsday Clock, two and a half minutes to midnight, is not some fictional nightmare that will disappear when we wake up. It is simply the truth. Instead of blatantly ignoring the chances of global crises occurring and labelling it as only a “possibility,” we have to look into ways on how to keep our delicate world from cracking. Political figures around the world have started leading the way as they are preparing to hold a conference on regulating climate change, while companies such as IBM work on technology to help defend against cyber-attacks and system breakdowns.

It is quite odd how politics and technology, two of the causes that have evidently brought us closer to doomsday, can also be a part of the solution. But, if that’s the way to go, then that’s the path we take. For if we wait much longer in hopes of a different one, it may very well be too late.