20 minutes into Netflix’s Death to 2021, there’s a segment mocking the Oscars that features an “In Memoriam” for those who were “canceled” in 2021. In it, black-and-white photos of Matt Damon, Justin Timberlake, J.K. Rowling, Chrissy Teigen, Dr. Seuss, Armie Hammer, Dumbo, Gina Carano, Mr. Potato Head, Sia and Pepé le Pew flash across the screen. The one-hour satire is a year-in-review that pays lighthearted homage to our collective suffering in 2021, so it would not be complete without this Hollywood-centered take on cancel culture. 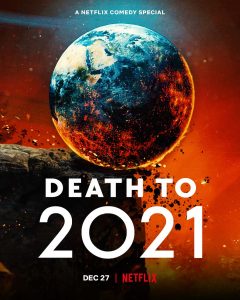 It’s hard to say what writer Ben Caudell’s true intention was with this segment. By exaggerating the list of canceled names, it highlights the melodramatic reaction of media outlets and cancellees. Although, by including fictional characters such as Potato Head (formally Mr.) and Pepé le Pew, the writer is also mocking the very concept of “cancel culture” by including fictional characters. Thus, the segment sent me down a spiral into what “cancel culture” means: how it’s helpful, how it’s hindering, and whether it can do anything at all. 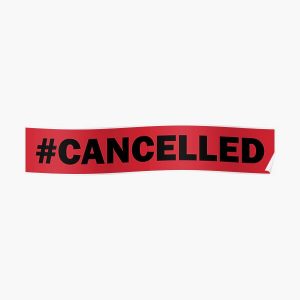 The beginning of “cancel culture” started as a social media campaign of accountability. It was started by marginalized communities seeking justice through Twitter, mainly Black Twitter. It started as a crowd-sourced apology machine, encouraging public figures to take accountability for their actions and do better according to the crowd’s standards. Now “cancel culture” is formally considered “the practice or tendency of engaging in mass canceling as a way of expressing disapproval and exerting social pressure.”

Hate Speech is a term which encompasses actions, symbols, expression, and speech that denigrates a person or group belonging to societal classes based on race, ethnicity, gender, sexual orientation, religion, age, physicial or mental disability, and more. “Cancel culture” was created in direct response to Hate Speech as a means of holding persons, or enterprises accountable for such behaviours or expressions.

Free Speech, or Freedom of Speech, is a principle and human right which dictates an individual or community is free to articulate their opinion or ideas without fear of retaliation, censorship, or legal sanction. Hate Speech is not part of Free Speech because Free Speech is exempt from articulation of opinions or ideas that bring violence or harm to other communities or persons.

“Cancel culture” is not a movement that wishes to infringe on Free Speech, but sanctify the exclusion of Hate Speech by seeking retribution for its harm.

So, what’s the controversy? Why is “cancel culture” such a hot topic? 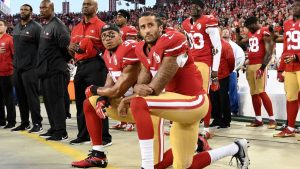 The hypocrisy of this is evident, however, when they criticized Colin Kaepernick for utilizing his right to free speech when he took a knee during the United States national anthem in 2016 to raise awareness for the violence against Black people in the US. At this, right-wing politicians were in uproar, calling for his immediate termination from the league.

“Cancel culture” is considered censorship by right-wing vocalists because their expression of Free Speech can often be argued to be Hate Speech. Right-wing vocalists against “cancel culture” greatly misunderstand the confines of Free Speech; for example, they dub the banning of President Trump from Twitter on January 6th, 2021 censorship when it could be justified as the lawful removal of Hate Speech because Free Speech is exempt from expression that brings harm to other communities or persons and Trump was tweeting his support for the violence at the United States Capitol. Therefore the intent of “Cancel culture” contains less tyrannical speech ideals than right-wing vocalists try to accuse of it. However, their fear of “Cancel culture” is curious considering the lasting effects of “cancellation” are not always so effective. 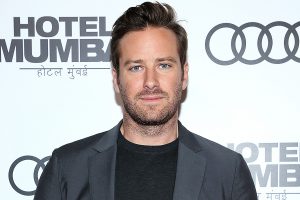 Armie Hammer’s cancellation started as an internet rumour, spiraled into conspiracy, and then tumbled out into fact. He’s been accused of infidelity by his ex-wife, substance abuse, emotional abuse, and romantic cannibalism by ex-girlfriends.
Consequences: dropped by his talent agency and IMDb lists no upcoming projects aside for the actor aside from the already completed Murder on the Nile set for release later this year. 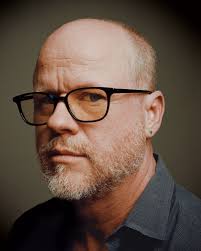 Joss Whedon was canceled as the DC franchise and Buffy the Vampire Slayer franchise casts come forward accusing the writer/director of bullying, racism, and sexual harassment. He was given the opportunity to redeem himself in a recent interview only to make it all look much worse.
Consequences: IMDb lists no future projects.

Shia LaBeouf and Marilyn Manson were both canceled when previous romantic partners accused them of abuse.
Consequences: neither are currently working.

The celebrities mentioned above were all canceled for abuses of power and sexual misconduct, which seems to be taken much more seriously in Hollywood since the MeToo movement. However, there are still some who come out of a sex scandel relatively unscathed. 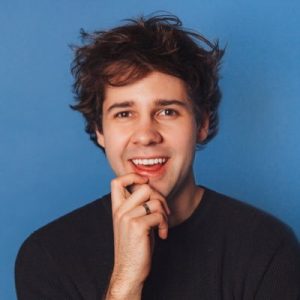 David Dobrik was canceled by his own fans following a Business Insider article addressing sexual assault allegations against former Vlog Squad member Durte Dom. The incident was recorded and uploaded to YouTube by David Dobrik as a “comedic” bit revolving Durte Dom’s recurring character as a… desperate womanizer?Consequences: he loses brand deals.
Response: one failed apology, one better apology, Dobrik takes a 3-month hiatus from Youtube. He is now fully back posting regularly to the platform. Prior to the scandal, Dobrik’s vlogs were gaining upwards 20 million views, he is now averaging at 10 million views per video. Some loss, however not at all a career ending ordeal. 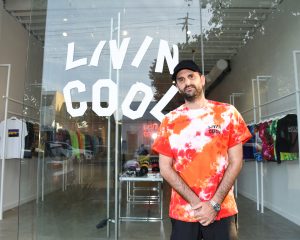 Photographer LIVINCOOL, aka Emanuele D’Angelo was accused by six women of sexual assault. Since Diet Prada’s exposee, D’Angelo has made no statement about the allegations and neither has any major news outlet. On Instagram, LIVINCOOL continues to post photos.
Consequences: none.

Sexual scandals aside, there are some who may say damning things and see little to no repercussions: Chrissy Teigen, Matt Damon, DaBaby, Piers Morgan, and Chris Pratt for example. Though, it’s evident that some faced more backlash while others (white men) are left nearly unscathed — a discussion that deserves its own article.

Over the course of a year, many celebrities have come under fire (more than this list has stated), and in that time some celebrities have either completely recovered, are slowly making strides for a comeback, or are laying low. As the next section explores, no matter the heinous deed (or actual crime), there are some so rich, so powerful, that a scandal can be either a blip on the radar or like watching a 15 years run their course before making a full recovery. Offenders at the top, take note.

Analysis of the Canceled Past

By looking at cases of people being canceled in 2021, there can only be analysis of the fallout over a year. Therefore, to see the repercussions over time, cancellations of the past must be analyzed. 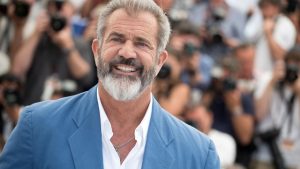 Mel Gibson was canceled before canceling became a controversial phenomenon, let alone a concept. He was completely shut-out of Hollywood in the early 2000s for homophobic comments, anti-Semitic rants, DUIs, and domestic abuse. Then, in 2016 he received a standing ovation for his second chance in Hollywood WWII movie Hacksaw Ridge. Now, in 2021, Gibson has 10 new projects lined up on IMDb.

A man who’s never apologized, a man who refuses to comment on his past has risen once again with significant success and a healthy career. Is this what people mean when they accuse “cancel culture” of destroying livelihoods? He seems to be doing just fine by my standards considering by my standards he doesn’t deserve to. 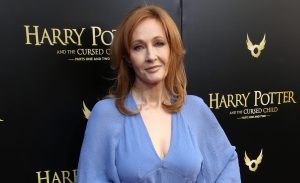 More recently: in December of 2019 J.K. Rowling tweeted support for a British TERF (trans-exclusionary radical feminist) when they were fired over controversial views on trans women. In June of 2020 J.K. Rowling double-downs on her anti-trans views. Then, J.K. Rowling releases an essay to her website further deepening her position.

Her consequences: a brief drop in book sales and… the continuation of her legacy i.e. the Fantastic Beasts franchise, monetization of the Harry Potter cast reunion, her traveling play (Harry Potter and The Cursed Child), and the success of Universal’s Wizarding World in Orlando, Florida. As a public figure, J.K. Rowling has been canceled. However, her work is still beloved globally but she can never be fully separated, thus her success continues even if her own fans dislike her — begging the question: can you “cancel” someone whose empire and financial resources reach beyond the scope of an internet scandal or someone who only needs to wait so long for society to forget?

The answer is no.

Can anyone be canceled?

“Cancel culture” started with good intentions. It was meant to be used as a means of collecting accountability from public figures who needed to. Since then, it has spiraled into a right-wing conspiracy, and a joke in the eyes of Hollywood writers and producers.

However, “cancel culture”, with all its flaws, has made some changes. Diet Prada cultivated a #boycottDolceAndGabbana campaign in response to the company’s racist remarks towards the Chinese community which cost the brand $2 million in just two days. That’s something. If it weren’t for “cancel culture”, a predator like Marilyn Manson would still be making music and his failure serves as a warning to other men in power. That’s something. Although, if citing Mel Gibson as a case study, a few years may allow Marilyn Manson to make a full-fledged, successful comeback.

It seems with the right resources, being “canceled” means nothing to the cancellee. The people most served by “cancel culture” are the ones who can use the movement to feel heard. If anything the concept has started a conversation, a bouncing board for audiences to craft their opinions on “right” and “wrong”. In that regard, “cancel culture” isn’t useless, but it also can’t do exactly what it set out to do: hold accountable, seek real consequences, and create societal change. 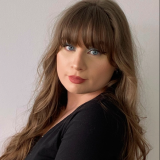 Isobel Grieve
Isobel Grieve graduated from the University of Guelph with a B.A.H. in English and Media & Cinema studies before recently collecting a Postgraduate Certificate from the Humber College Television Writing and Producing program. Isobel periodically edits for the Instagram page @geegeecomics as well as their Zines. You can read her thoughts on Twitter and see her curated life on Instagram @IsobelGrieve