While researching the demographics of 1920s France, I stumbled across an article about a Parisian plane that had gone missing in 1927. Immediately, I was drawn in. It was such an interesting article, and the enigmatic quality of the whole story had my attention wrapped. I spent the rest of the evening devouring article after article chronicling the days leading up to the strange disappearance and the days following. The theories, suspicions and expeditions in search of the plane — every bit was enthralling. The intrigue of the story remains because the disappearance continues to be a mystery, and perhaps we will never know what really happened that day. But we do know the story of L’Oiseau Blanc. 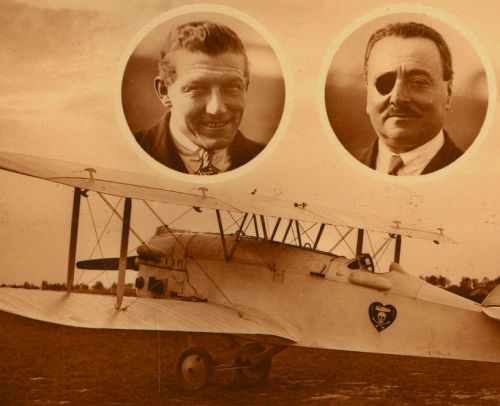 The story begins a year after the First World War ends. It is 1919 and the Orteig Prize has just been announced: a $25,000 cash prize to be awarded to the first person, or persons, who can fly non-stop from New York to Paris. The challenge, despite the enticing cash prize sponsored by the wealthy businessman Raymond B. Orteig, is left mostly unanswered. Many aviators believe it is an impossible flight, and very few attempt the crossing.

Five years later, in 1924, Orteig reintroduces the Orteig Prize. With technology, aviation has developed as well, and the transatlantic flight appears more plausible than ever before. Aviators set out with determination, most from America, but some plan to fly the opposite route from Paris to New York. Among the few French aviators is François Coli, a Great War veteran. Coli was born in Marseilles and raised in a family centred around the sea. Even so, he had left the war a master of the air instead of the water, commanding the Escadrille N.62 during much of the war. Coli has been practicing for the ‘impossible flight,’ breaking other aviation records around the Mediterranean in the process. In 1926, Coli’s initial partner is badly injured and his plane is damaged on a flight gone wrong. Desperate to make the transatlantic flight before any other pilot and win the Orteig Prize, Coli searches for a new partner. In his search, he finds Charles Nungesser.

Nungesser was born and raised in Paris, discovering his love for flying planes through his competitive nature and previous interest in boxing and racing. In WW1, Nungesser first enlisted in the cavalry, though he desired to be a pilot. After winning the Medaille Militaire, Nungesser was allowed a transfer from the cavalry to the Service Aeronautique where he proved himself a talented and clever pilot. Nungesser left the war as one of the most decorated French air aces, and originally planned to fly the transatlantic flight solo. In preparation for the flight, he is working with Pierre Levasseur, a French aircraft designer, to build a plane for the flight, and it is Levasseur who changes his mind and encourages him to pair with Coli. Nungesser agrees to have Coli as his navigator, and Coli is happy to have a new partner. Together, they decide; they will fly the “impossible flight”. 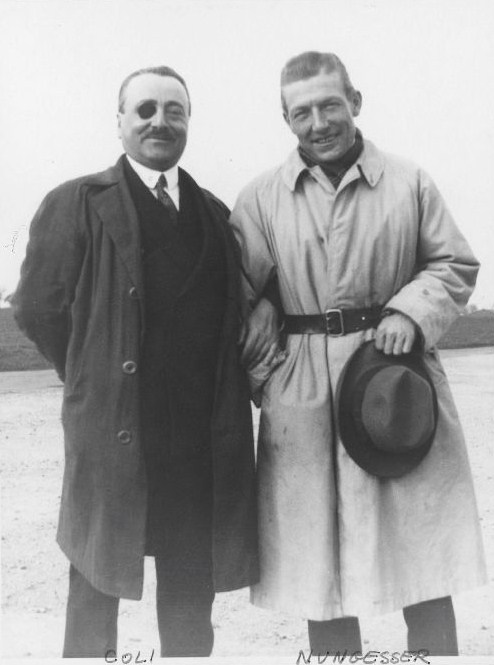 The plane is designed in Paris. Coli and Nungesser work tirelessly along with designers and production managers in the Pierre Levasseur Company to create the perfect plane: the Levasseur PL. 8 biplane. It is a renewed and heavily modified version of the Levasseur PL. 4, which lacked the space to hold two pilots as well as the needed fuel storage. The PL. 8 will be equipped with safety features, as none have forgotten that many have already died attempting this flight. A special engine is installed and tested to ensure that it will last the entire 3,600 mile distance. The PL. 8 is also given a boat-shaped bottom, to accommodate for Coli and Nungesser’s plan to land on the water in front of the Statue of Liberty. Lastly, it is decided that aside from the French markings of colour — red, white and blue — and Nungesser’s WW1 logo, the plane will be painted white. It will be called L’Oiseau Blanc.

After it is assembled and shipped to Coli and Nungesser in 1927, L’Oiseau Blanc is tested rigorously. It passes all of its tests in Chartres and Villacoublay, where Nungesser administrates multiple flying assessments. Despite the tests, a few problems remain — the fabric of the plane is burnt when a fire begins in the L’Oiseau Blanc hangar. Still, on May 7 of the same year, the L’Oiseau Blanc is flown from its testing spot in Villacoublay to Le Bourget Field, where it will  be flown to its final destination — New York.

The next day, at 5:17 a.m., L’Oiseau Blanc leaves Le Bourget Field. Coli and Nungesser begin their intended flight over the England, over Ireland, then across the Atlantic to Newfoundland, Nova Scotia, Boston, and then New York. They do not make it. L’Oiseau Blanc is seen for the final time over the white charred hills of Étretat, France at the beginning of its flight. There are teeming crowds in New York by the Statue of Liberty waiting where the L’Oiseau Blanc is expected to arrive, but they will never see it land. The L’Oiseau Blanc simply disappears, along with Nungesser and Coli. 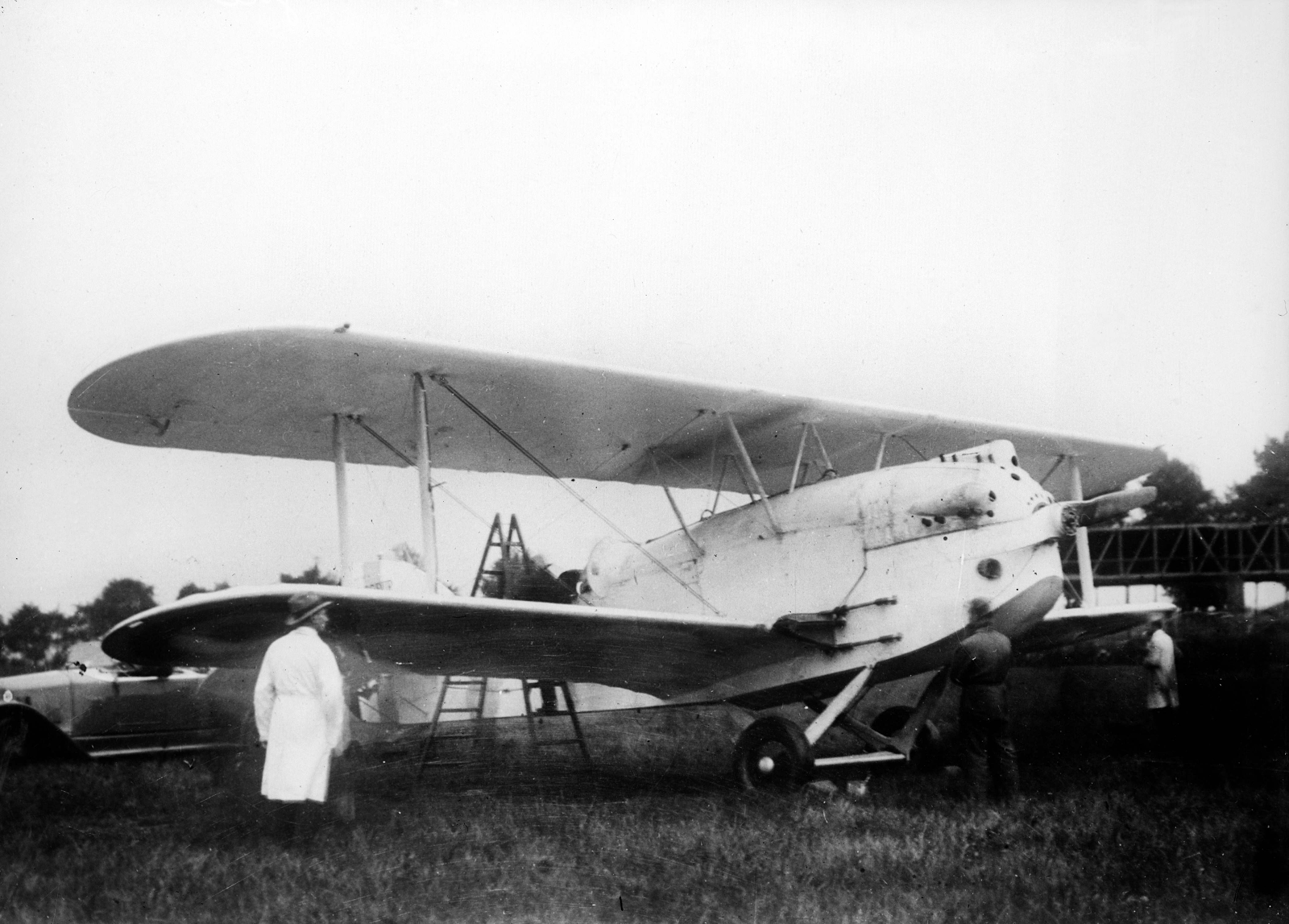 Throughout the following decades, there are many theories about what happened to The White Bird. Wreckage of the L’Oiseau Blanc is allegedly spotted in Newfoundland, then Boston, then Ireland years after that. Some researchers suspect Coli and Nungesser abandoned the plane and went to live in Canada, others maintain that both pilots had drowned. Despite the many rumours and theories, L’Oiseau Blanc remains a mystery.

I find it fascinating, slightly sad, and perhaps most of all, intriguing that it has not been found; the White Bird is still out there, waiting.