Leonardo da Vinci is often revered for his impressive array of lifetime endeavours in philosophy, visual art, technology, anatomy, architecture, biology, geography, mathematics, music, engineering, literature, geology, astronomy, and history. He saw the natural world as interconnected and believed that what are now called ‘Art’ and ‘Science’ are indisputably intertwined rather than separate disciplines. In his paintings, he tested ideas on the tendencies of light and the anatomy of the human body. In his codices, his sketches of human faces are scribbled over paragraphs on the functioning of a mechanical wing system or the orbit of a nearby planet. 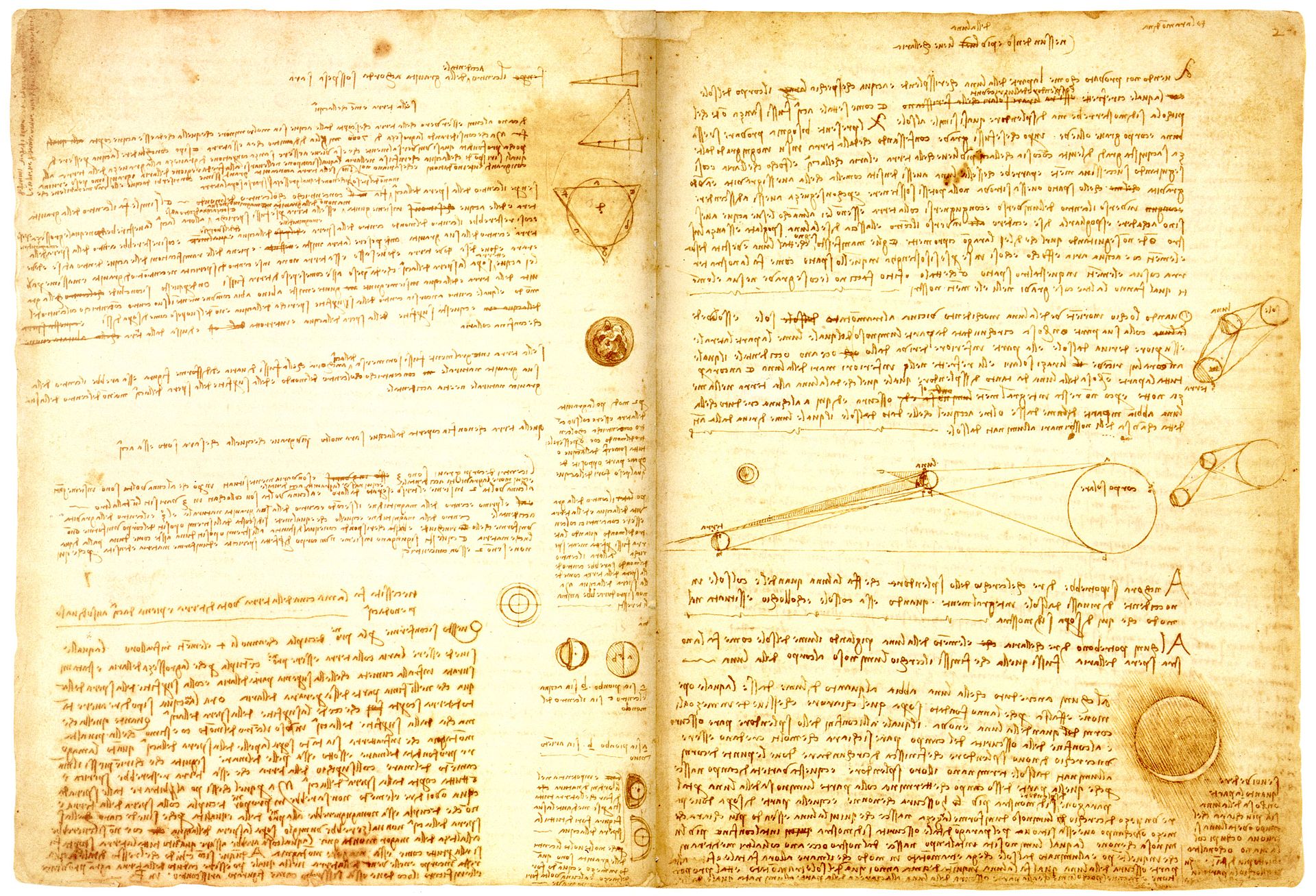 Hundreds of years later, the image we have of Leonardo is that of a mythic genius revered in a state of awe. For example, in discussing the combination of technology and art, Steve Jobs said: “Leonardo is the ultimate of that.” But while it’s clear that Leonardo had a remarkable mind, was his interdisciplinary approach really unique? And if not, where have all the Leonardo’s of the past several centuries been? Where are they now?

Leonardo da Vinci was heavily involved in the study of natural philosophy, which loosely refers to a plurality of approaches to studying ‘nature,’ defined in the broadest sense of the word. In the Renaissance, it involved topics such as knowledge, animal biology, technology, behaviour, beauty, and phenomena explained at the time by magic, astrology, or spirituality. Moreover, as the Renaissance was a time of unprecedented discovery and change, academic institutions had a way of encouraging the intermingling of many disciplines. Within universities, the lack of disciplinary silos allowed individual academics to contribute to a wide array of fields, from law to philosophy to biology to art, all within the span of their lifetime. Indeed, lectures emphasized both the teaching of applicable skills and different ways of thinking for students of all disciplines. Science responded to the humanities and vice versa. There was a sort of acceleration in understanding the world from different perspectives that contrasted hugely from the previous era of stagnation.

Underlying these Renaissance explorations was also the belief that all such work was in the name of God. As explained by A.C. Crombie in 1980:

“Works could satisfy with those qualities of [virtue] in any kind of activity ranging from the conduct of family life to painting to architecture.”

People who were able were encouraged to explore a variety of topics across what are  now defined as the Sciences and the Humanities. In doing so, works could be created that celebrated the virtues of humans as bestowed upon by God. In other words, crossing perceived boundaries between academic disciplines was easily rationalized as a means to finding truth and beauty in the name of God. This was the quintessential attitude of Cosimo de’ Medici, believed to have kickstarted the Renaissance in Florence, who supposedly said:

“All those things [meaning works of art] have given me the greatest satisfaction and contentment because they are not only for the honor of God but are likewise for my own remembrance. For fifty years, I have done nothing else but earn money and spend money; and it became clear that spending money gives me greater pleasure than earning it.”

It is no surprise then that during  the Renaissance period and afterwards,  we find so much playful overlap between disciplines and not just for Leonardo. Consider the following examples:

Leon Battista Alberti, born in 1404, was involved in architecture, mathematics, art as well as philosophy. 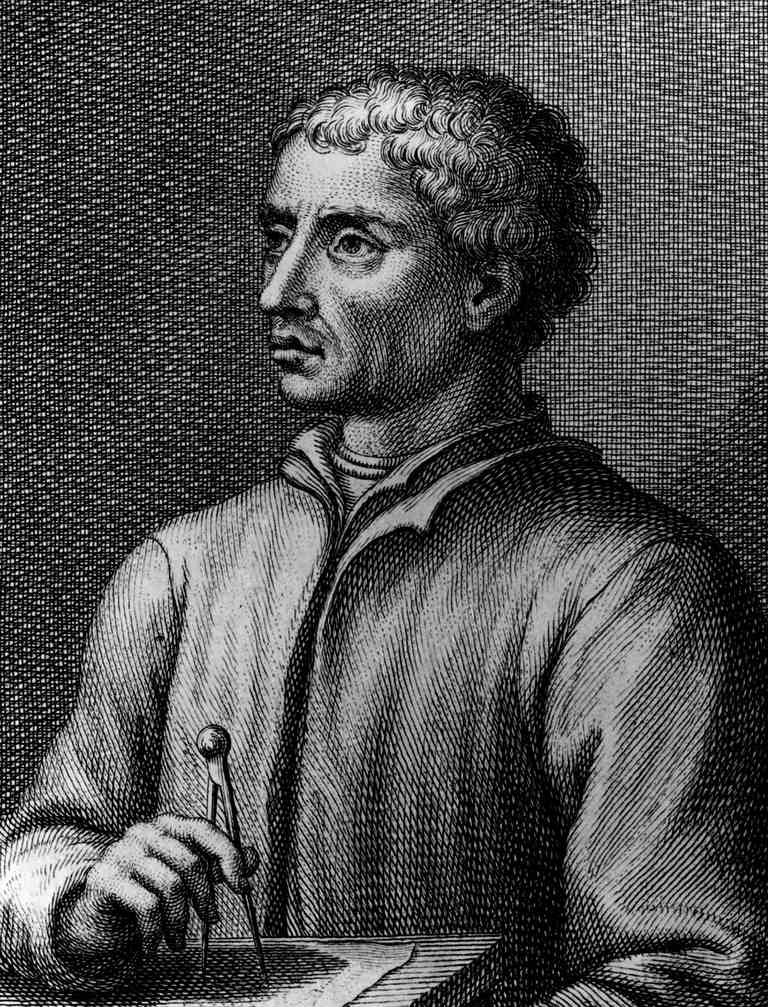 Michelangelo, born in 1475, was involved in art, poetry as well as architecture. His art was informed by physicians studying the anatomy of the human body. There are even modern rumours that he secretly illustrated the human brain within his theological paintings. 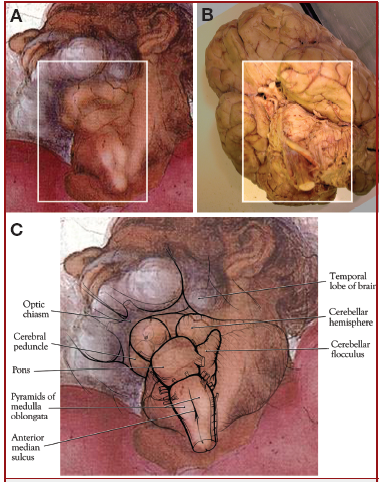 The supposedly hidden brain within Michelangelo’s painting in the Sistine Chapel.

Isaac Newton, born in 1687, wrote on physics, but also on philosophy, theology, and occult studies. 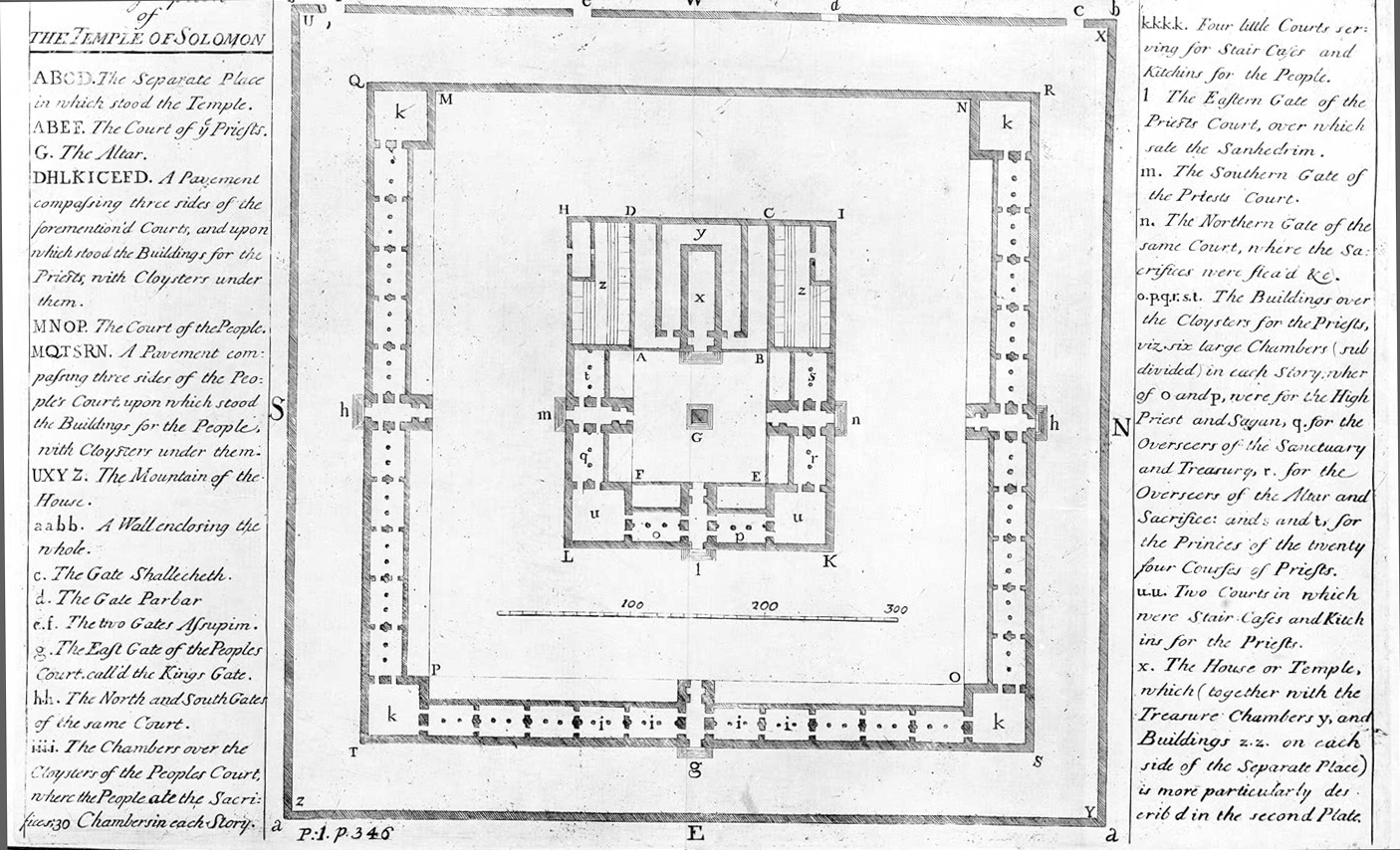 While these individuals are retroactively categorized into our modern conceptions of ‘science’ and ‘art’ (Leon Battista Alberti: architect, Michelangelo: painter, Isaac Newton: physicist), by studying their work, it becomes clear that there were no such strictly defined concepts at the  time. Rather, what we now perceive as a firm divide between the sciences and the arts is a modern invention.

Part 2: Origin of the Divide

There are several proposed reasons for this. One is that those now engaged in what we would call ‘science’ had an increasingly difficult time communicating with theories in the humanities. Physicist Philipp Frank marks astronomy as the first clear distinction between science and philosophy, because observations of celestial bodies conflicted with the theoretical models derived from abstract philosophical inquiry at the time. Early astronomers effectively realized that by formulating ideas about planetary motion based on their own observations, rather than the philosophical discourse of the era (mostly borrowed from the Greeks), they had a much easier time getting their conceptual schemas to correspond to the facts. Eventually, it led to an even greater divide when scientists rejected the ‘self-evident’ in favour of the ‘plausible based on repeated evidence’. No longer did abstract notions of truth suffice to explain phenomena in science, only empirical observation had this capacity. 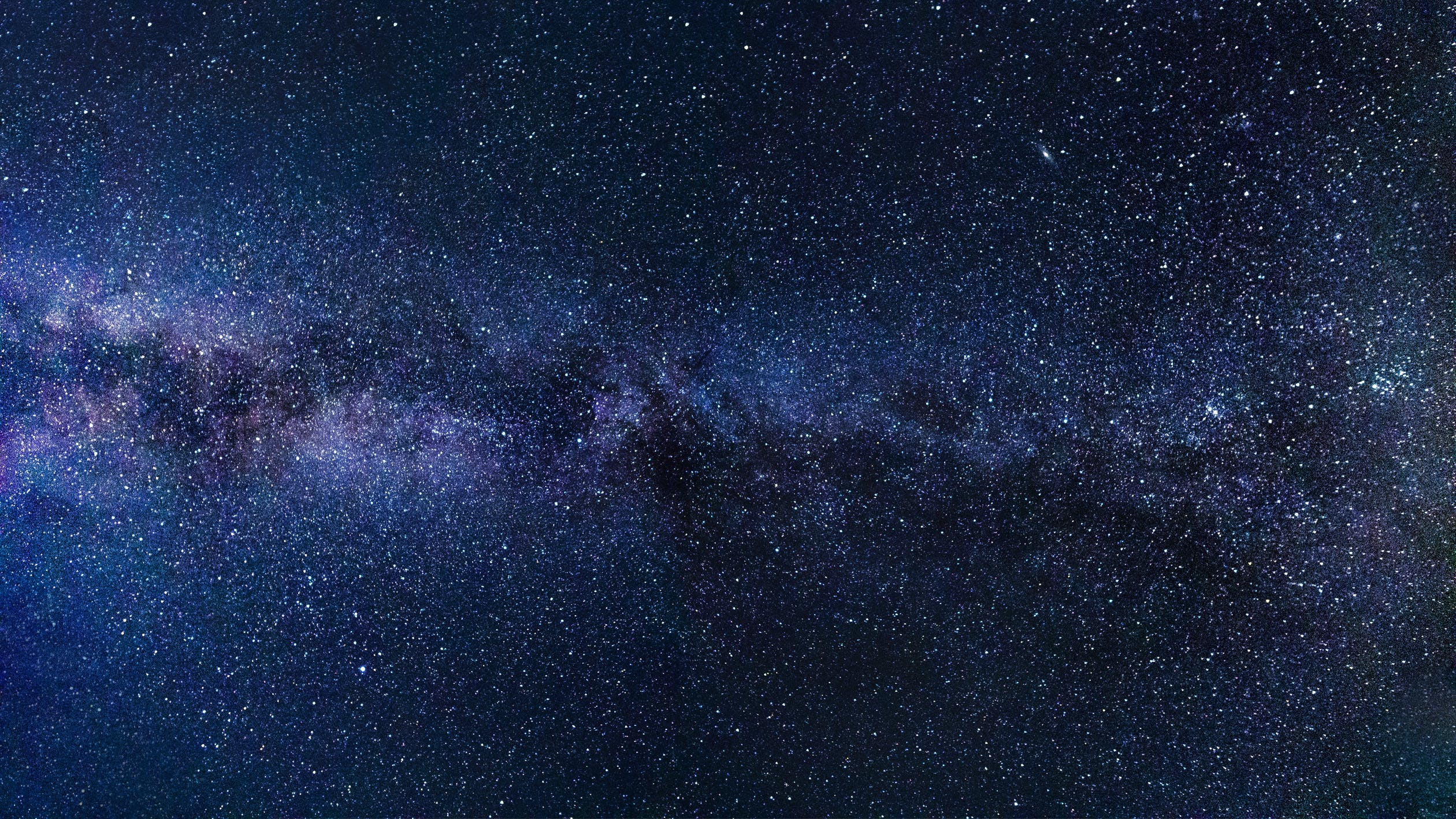 Another explanation, which is not mutually exclusive from the first theory, concerns the industrial revolution. In the mid-19th century, religion is thought to have faded as the driving force of human creativity, replaced in favour of capital gain. Daily work became constrained, and academic endeavour became focused into silos. The assembly line attitude of labour became commonplace because capitalists knew that specialization would achieve greater productivity. Businesses led by people with many skills and a strong connection to the fruits of their labour were replaced by departmentalized companies that maximize profit. Karl Marx described this process as all work becoming an “appendage of the machine” in order for capitalism to thrive.

There is also the fact that intellectual advancements revealed increasingly complex systems that required specialization in order to make further progress. As a consequence, it is now very challenging for someone to successfully become knowledgeable in a range of fields like Leonardo da Vinci. Rather, we live in a world where there is enough data, enough research and enough possibilities for someone to easily spend their entire life on a single part of a single discipline. 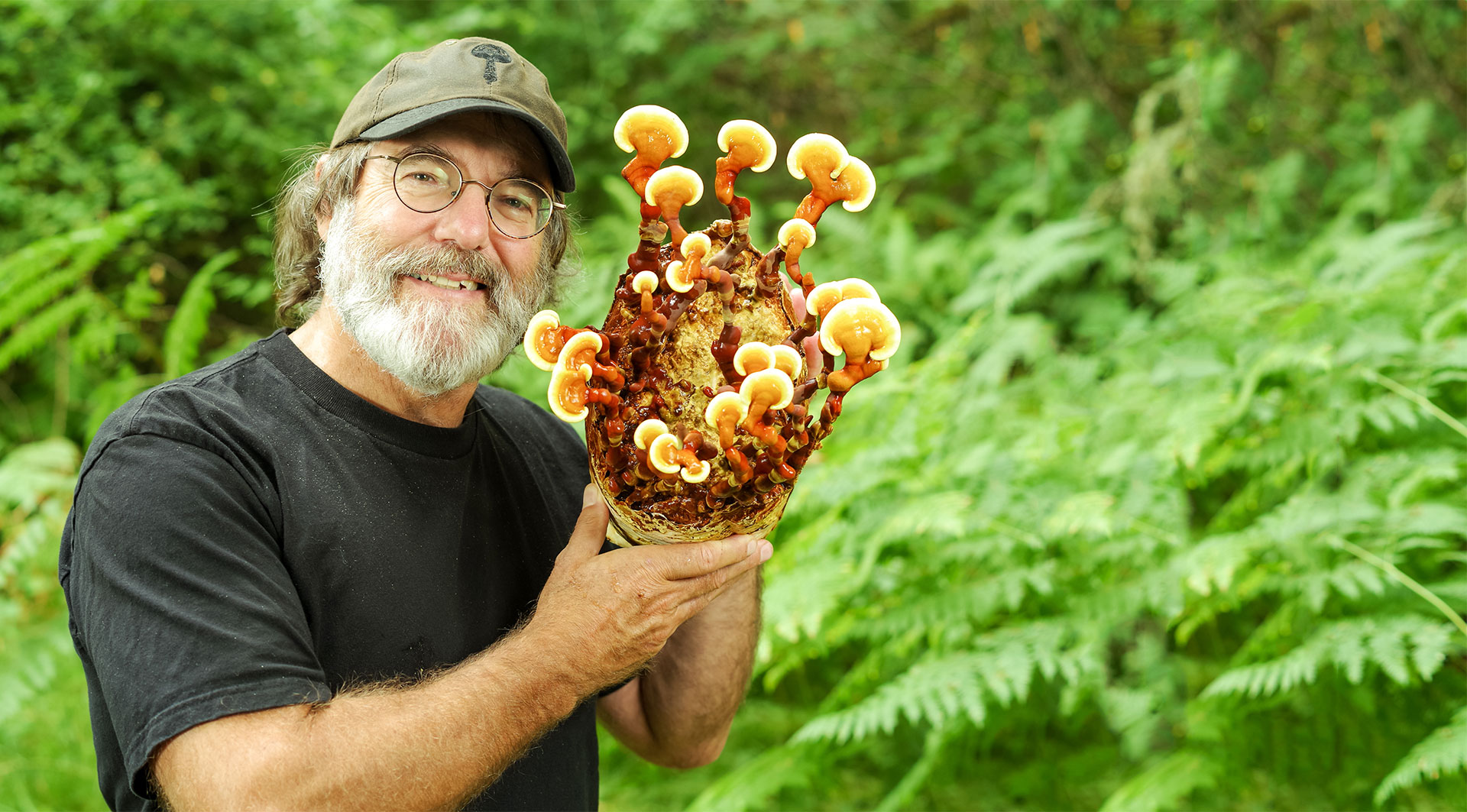 The twentieth century created a world where it became possible for someone to spend the majority of their life immersed in one academic topic. Paul Stamets pictured here has dedicated over 40 years to mycology, the study of mushrooms. (Image Source: Fungi Perfecti)

Consequently, many universities of the mid-twentieth century adopted a ‘mind your own business’ attitude. They were comprised of discrete, disciplinary departments who controlled the courses that were offered to students. Academic research was also funnelled into one particular department, under the control of a well-defined administrative hierarchy. Effectively, opportunities for the cross-pollination of ideas were rare.

While disciplinary research has become a bit less strict since the 1980s, the ‘university as a conveyor belt to specialization’ attitude is still widely prevalent. Academic journals and structures often fail to accommodate interdisciplinary work due to conservative academic barriers that separate disciplines. Moreover, a 2017 study found Canadian Universities to be lacking in opportunities for students to have interdisciplinary learning experiences, despite a considerable increase in the number of inter/transdisciplinary funded research grants.

Disciplinary research in universities and colleges is still the norm, but there has been a dramatic resurgence in works that combine a variety of approaches in the past twenty years or so. This comes with the realization that the problems faced by our world today— climate change, technological advancements, poverty, etc. — are dizzyingly complex and to focus on one discipline alone leads inevitably to oversimplification. As a result, academic institutions have increasingly adopted opportunities for interdisciplinary research and expression (despite existing barriers). Some examples include:

McMaster University’s Arts and Science program encourages students to study a variety of topics, from philosophy to biology. McMaster also offers the Integrated Science program which explores a range of topics within the realm of science and encourages thinking about problems from multiple disciplinary perspectives.

The University of Essex created an Interdisciplinary Studies Centre where students can work with professors and instructors from multiple departments.

The State University of New York at Potsdam created a ‘STEAM’ style program (science, technology, engineering, arts, and mathematics), aiming to provide future scientists with background knowledge in a multitude of topics, including liberal arts.

Importantly, these opportunities will open up new, unfamiliar ways of thinking. In the spirit of the Renaissance universities and colleges, there is a growing desire to create an environment of discovery. It is alluring to think how the mending of interdisciplinary gaps will shape our collective future.