Sculpture of Hindu deity Ardhanarishvara, whose name means “The Lord Who is half woman.” Elephanta Caves, India

At the end of 2019, Merriam-Webster dictionary announced that its word of year would be “they.” Most are already familiar with the plural usage of this pronoun, yet recently, Merriam-Webster included a new definition for the word “they” as a pronoun for refering to an individual whose gender identity is nonbinary. People who are nonbinary do not identify as either male or female. It is worth noting that there is no single way to be nonbinary, as the word is an umbrella term encompasing multiple gender identities. There is no such thing as a nonbinary “look,” since not everyone who identifies with this label will have an androgynous appearance. Furthermore, while many prefer they/them pronouns, some are comfortable with she/her or he/him or neopronouns like ey/em. When nonbinary rights are brought up in the media, English singer Sam Smith is often mentioned as they are a celebrity who recently revealed their nonbinary gender identity. While it is exciting for the 2SLGBT+ community when pop stars realize their sexual orientation or gender identity, it is also critical to realize the importance of nonbinary gender identities in other parts of the world. There are cultures which have centuries old traditions recognizing three or more different genders and have been at the forefront of nonbinary rights movements.

Among First Nations people in Canada, the word Two-Spirit is often used instead of “nonbinary,” and encompasses diverse expressions of gender identity across hundreds of Indigenous nations. The Zapotec, an Indigenous people of Oaxaca, Mexico, honor people known as muxe, who defy Western gender labels. In the Indian subcontinent, one of the largest populations of nonbinary people in the world is found and the term hijra is often used to identify them. These are only a handful of the many examples which highlight humanity’s gender diversity that can be particularly interesting to learn about and have been studied extensively by anthropologists. Other fascinating ideas include how the Chukchi people of Russia believe that shamans who do not identify with their birth gender are the most powerful spiritual leaders. Across Africa, colonists often introduced laws criminalizing gender identities that were different from European norms. This went against ancient beliefs such as those of the Dogon tribe of Mali which holds that the ideal human form is intersex and androgynous and worships spirits knows as the Nommo who are said to have this appearance. What all these examples of gender nonconformity have in common is that they are ideas which predate Western civilization and have an amazingly rich and diverse history that can inspire the whole LGBT+ community.

Indigenous activists coined the term Two-Spirit in 1990, which is a literal translation of the Anishinaabemowin word niizh manidoowag, to represent understandings of gender that are different from that of European society. An example of a well-known Two-Spirit artist in Canada is Kent Monkman from the Fisher River Cree Nation in Manitoba, whose intricately detailed work criticizes the exclusion of First Nations perspectives from European art history. Many of his paintings depict his alter-ego named Miss Chief, who dresses in a way that defies gender norms.

To be inclusive of Two-Spirit identities, the usage of the acronym LGBT is gradually being replaced in favor of 2SLGBT+ by various activists. The Native Women’s Association of Canada also reports that Two-Spirit people face disproportional levels of violence and discrimination. If one is concerned with eliminating this violence, acknowledging Indigenous understandings of gender identity is essential.

The Zapotec people of Oaxaca, Mexico are another culture who honor the gender nonconforming members of their community, known as muxe. The muxe themselves are quite diverse, as many feel comfortable with identifying as women while others may reject gender labels altogether. In November 2019, the cover of Vogue Mexico featured a transgender muxe woman named Estrella Vasquez. 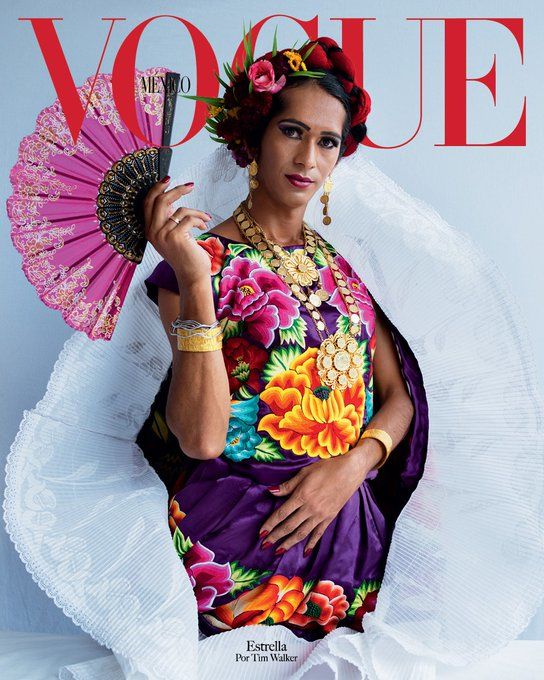 Many muxe work as traditional artisans, and the Zapotec people honor them every year by holding a three-day festival known as Vela de Las Intrepidas or Vigil of the Intrepids which celebrates genderqueerness. Unfortunately, nonbinary people in other parts of Mexico are often victims of violence and discrimination. The Zapotec people have defied centuries of oppression by maintaining their culture.

Indian civilization also has a culturally rich community of nonbinary people with an ancient history. There are many words which refer to nonbinary people in the various languages of the Indian subcontinent, but the most commonly used one is hijra. Many hijras are known to excel in music and dance. They have been mentioned in ancient Hindu texts such as the Kama Sutra. Most follow Hinduism, although there are also plenty of hijras who identify with other religions such as Islam. The governments of India, Pakistan, Bangladesh and Nepal all allow for a third gender option on passports and official documents, which means that citizens of these countries are not forced into officially identifying as male or female. It is hoped that India and other South Asian countries will continue to introduce new legislation protecting the rights of marginalized genders and sexual orientations as well as strike down old discriminatory laws that were introduced during the British colonial period. 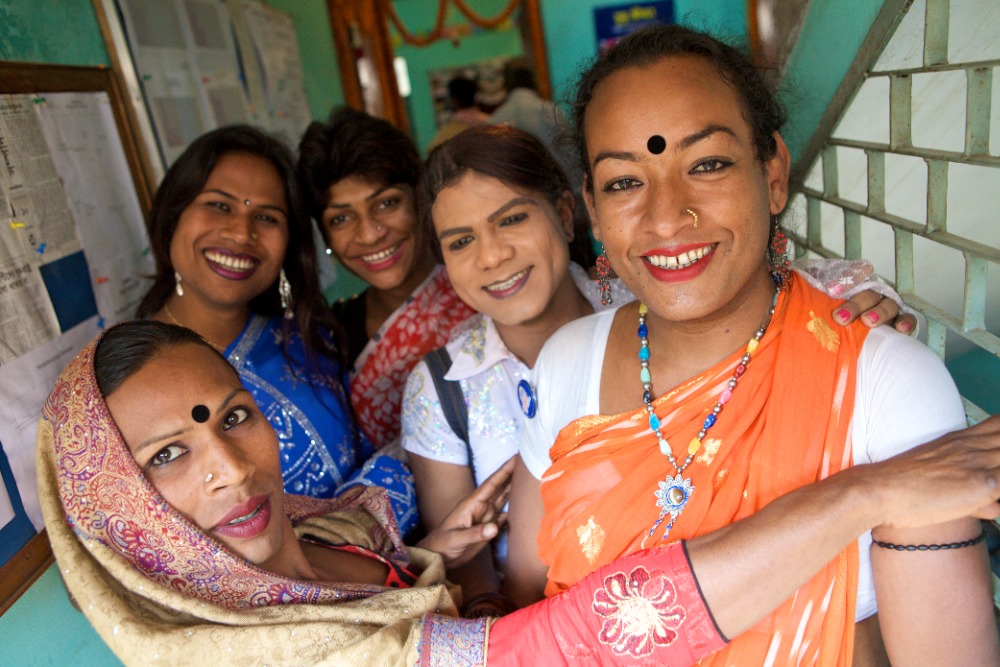 A group of hijras in Bangladesh (Image Source: Nahid Sultan on Wikimedia Commons)

Recognition of nonbinary people is part of the ongoing process by formerly colonized countries to reclaim their cultural identity. It is amazing how many of Western society’s deepest held convictions, like the idea that there are only two genders, are now being challenged. Learning about other cultures has the potential to change one’s entire worldview. New information may make privileged members of society react with anger because they never step out of the comfort zone of their own culture, but eventually they may reconsider some of their beliefs.  The future of the global LGBT+ movement lies in acknowledging that different sexual orientations and gender identities have always existed and that they have a rich and fascinating history worth learning about.