Music can be the heart and soul of a good time. It has the ability to make someone laugh out loud or cry their eyes out. It can get your body moving and sing (or possibly scream) in the shower but forget the walls are not actually that thick. But what are those words we’re jamming out to and blasting in our cars? We all know that most of the songs we listen to have some sort of message. Are these messages good or bad? Well, that can be the confusing part.

Some chart-topping songs inconspicuously promote sexual violence and glorify misogyny. Lyrics in these songs can be misleading for a number of reasons. Sometimes, it’s simply because some of them are unintelligible. In these cases the safest thing to do is look up the lyrics, because discerning those words can help you understand that the song you’ve been singing along to is actually about something you find offensive, insulting or dangerous.

Some songs that we hear on the radio everyday have this issue. Misogynistic and pro-rape culture songs have been regular in the music industry for years.  In 1978, the song “Tell Me More” from the movie Grease had the line “Did she put up a fight?” suggesting the idea of forcing a girl to have sex, despite her “putting up a fight.”  And is today’s music much different?

Arguably the biggest, most public song that has been called out for glamorizing sexual violence and normalizing non-consensual sex is Robin Thicke’s 2013 hit “Blurred Lines.” There were petitions, lawsuits and tons of media coverage on the very controversial song. If you look at the lyrics, it’s not hard to see why. From “Tried to domesticate you” — as if women are less than human that are subservient to men — followed by “But you’re an animal”, these are derogatory, humiliating things to say.

The song is overflowing with lyrics like these that objectify women, and one look at the music video will have you running to the CEO of YouTube with a thousand page list of reasons why they should take the video down. With images of fully clothed men and practically naked women  covered in plastic, this music video regresses back in time, claiming that sexualizing, objectifying and degrading women is okay. That’s what songs like “Blurred Lines” do: they make it seem okay to treat women as if they’re inferior.

Rape survivors in Project Unbreakable held papers of quotes that their rapists said, and while many of them were scarily close to the lyrics of “Blurred Lines,” one of them were the exact words of the chorus, “I know you want it.” The remark has been used to seemingly justify the unjustifiable and make it seem like it is the victim that does not understand their own feelings. Purposefully or not, this behaviour is what the song lauds. And this is  very, very dangerous. 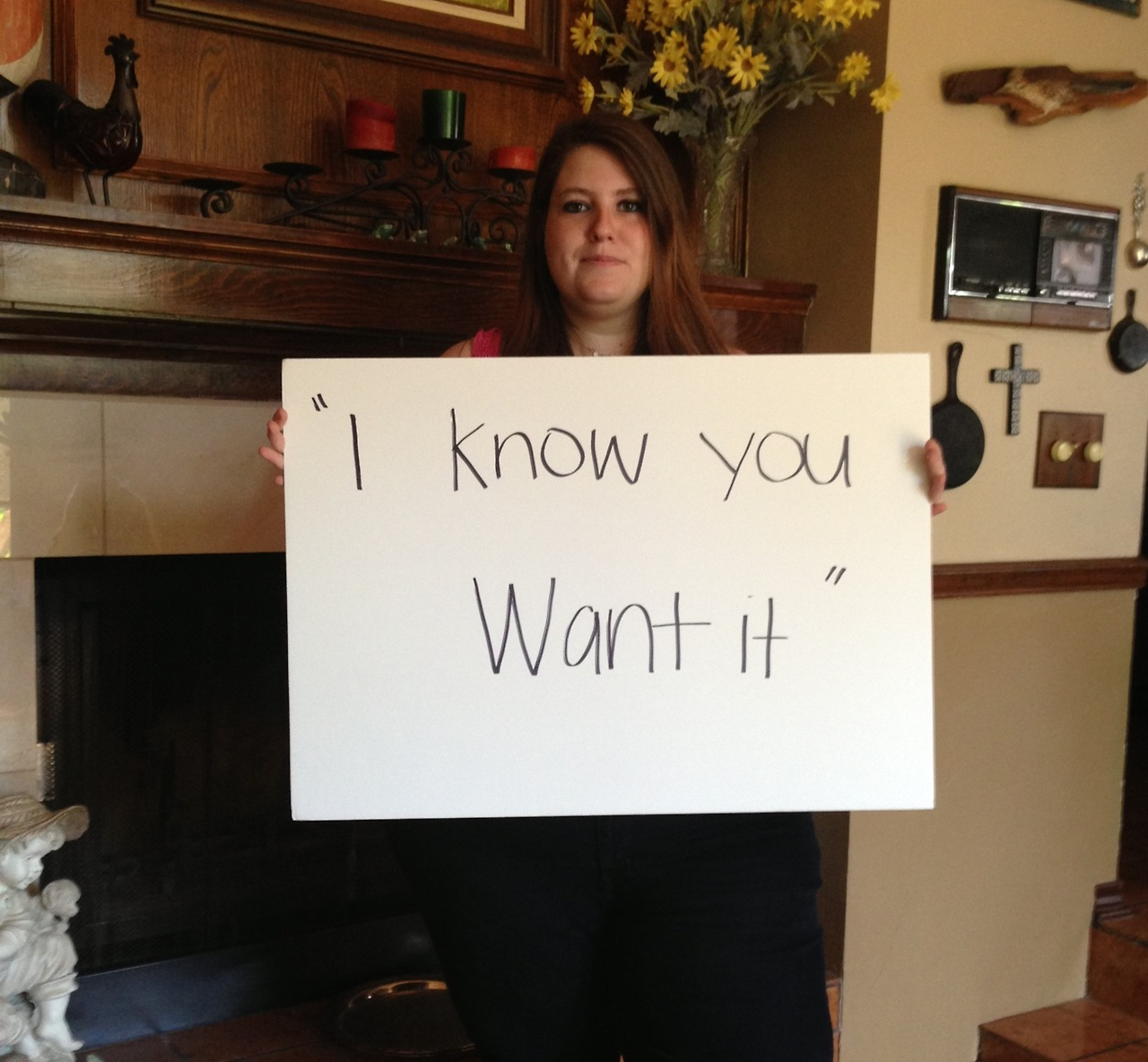 Take a look at Justin Bieber’s “What Do You Mean.” It’s been played at some of my school dances, blasted from speakers at sleepovers and sung duet-like with my peers. It’s a regular pop song from first listen — catchy tune, gets stuck in your head. Because it’s Justin Bieber, the song was immediately popular and adored by fans.

The title of the song, “What Do You Mean?” seems like it invites conversation, and it could. But then, when watching the music video, the lack of conversation is striking. While one could argue that Bieber is simply asking (“what do you mean?”) because the girl looks to be sending mixed messages and her actions can be perceived as indecisive, there’s a ticking sense in “better make up your mind.” This sounds commanding. While clear consent is above important, and so is asking, there’s a sense of fault on the girl’s part, as if the lack of a definite ‘no’ leaves her in the wrong.

Just like “Blurred Lines,” “What Do You Mean?” glosses over consent. Robin Thicke is simply assuming consent, in fact he knows it. Justin Bieber, because it is his voice and thoughts coming through in the lyrics of the song, leaves the audience feeling as if it’s his struggle and he’s the victim. It’s clear he wants to understand, but we have no insight into the girl’s mind. Because of this, we identify more with the mind we are let into, Bieber’s. It’s a one-sided story, where we can only assume she’s just an indecisive girl, because we’re not given much more information.

The lyrics are about pressure and blaming the girl because she “can’t make up her mind”. They normalize a situation that, in reality, should be met with no pressure and if one person’s unsure, that should be enough of a “no.” And a “no” anytime along the way, even if the person had said “yes” previously, should not be countered with “you’re so confusing” and “what do you mean?” but with a complete understanding. 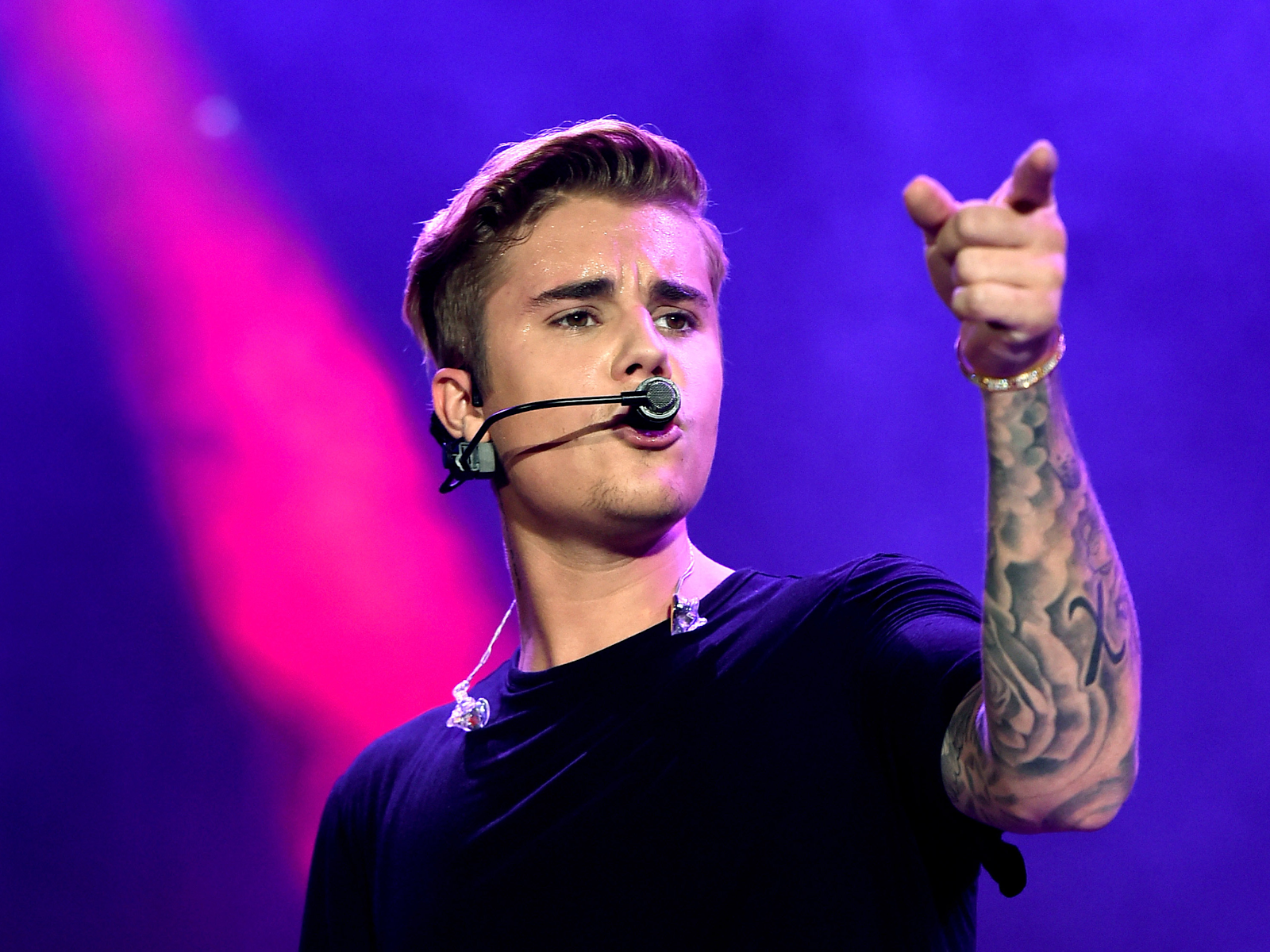 Rape culture, as stated in the Oxford Dictionary is “a society or environment whose prevailing social attitudes have the effect of normalizing sexual assault of abuse.” It trivializes it, reinforces male aggression and is something that societal attitudes and sentiment begets. Rape culture makes it seem like it’s normal to be aggressive and violent, and the song “Animals” by Maroon 5 has been heavily criticized as a terrifying example of this.

The song starts off with the high-pitched, instantly catchy words, “Baby, I’m preying on you tonight. Hunt you down, eat you alive.” No, he’s not talking about literal hunting. Just from the word “baby” it’s not hard to tell who he means — a woman. Yep, the song’s an ode to stalking fantasies. Adam Levine describes what he’s doing in the song as animalistic. It’s a creepy, darkly unsettling song with lyrics like “Maybe you think that you can hide” and “But don’t deny the animal that comes alive when I’m inside you.” It shamelessly reveals that the song is explicitly about sex, which, if someone wants to share, is fine.

When you listen to the whole song and put the lyrics together, it’s more than troubling. The girl he’s talking about—and stalking—doesn’t want anything to do with him, as said in, “You can start over, you can run free, you can find other fish in the sea,” which she obviously wants to do. “You can pretend it wasn’t me, but you can’t stay away from me,” which she’s obviously trying to do. But then he sings, “I love your lies, I’ll eat ‘em up. But don’t deny the animal that comes alive when I’m inside you.” Because of course he knows better, and he knows what she wants — as if she has no right to make decisions for herself and she’s just confused. 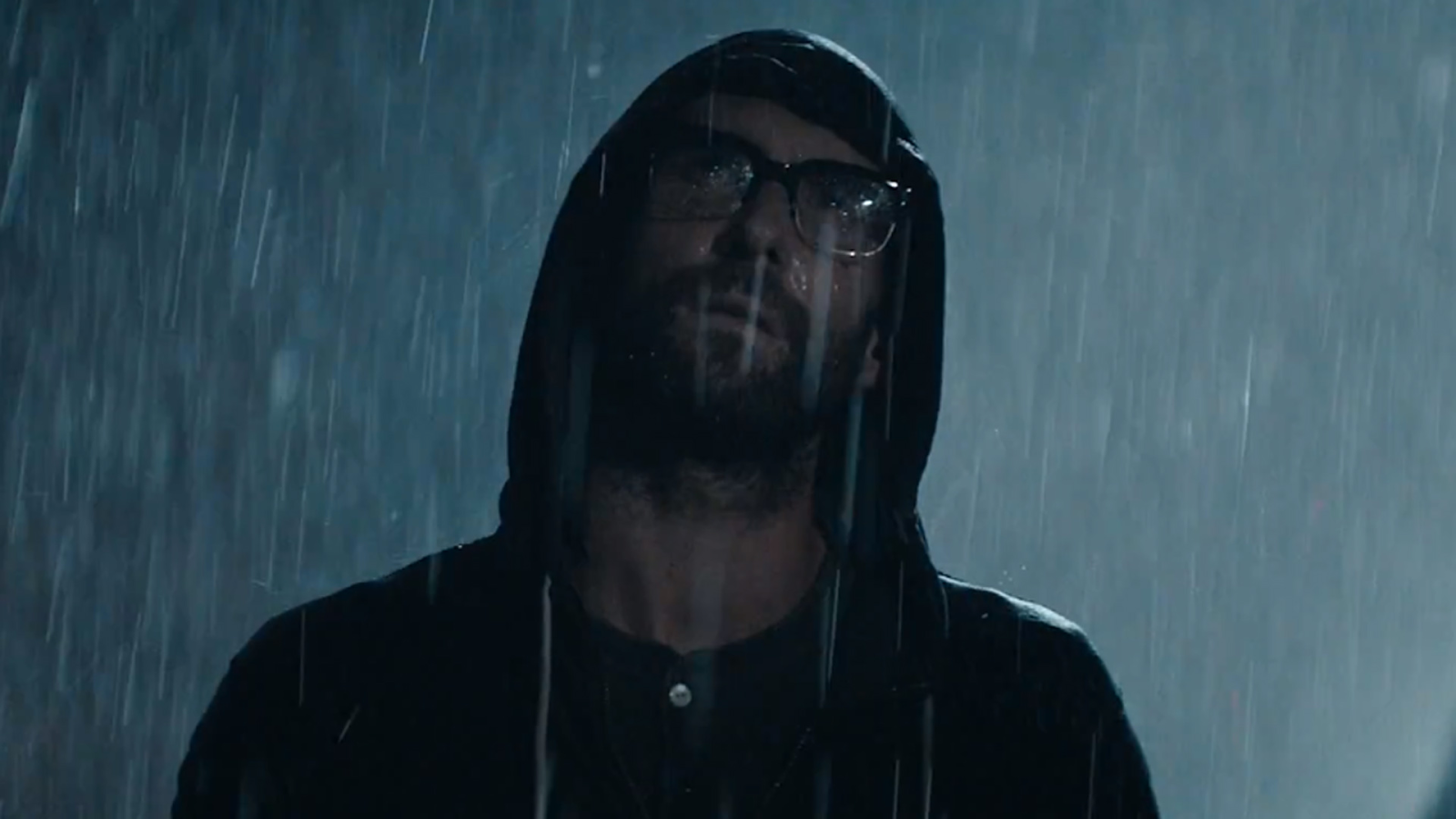 Image Source: Video For You

The song is accompanied by an equally distressing music video. There’s a tall, pretty blonde woman (who also happens to Levine’s wife) and Levine himself is a crazed man who works at a butcher shop and becomes obsessed with her. The video has enough blood and gore to be put into the next The Conjuring, and throughout the video Levine is stalking and taking creepy pictures of the woman. He limply holds a rack hanging with carcasses in a gray basement, fantasizing about her and inspecting the pictures he’s taken of her; on the street, in her bed when she’s practically naked. There’s a scene when he follows her into a club, reaching out to touch her. She turns around, and the scene plays off the sultry look as if she’s not pushing him away. The video implies that because she’s not outright saying “no” it means it’s fine that he’s stalking her. But she’s never said “yes.” In fact, we never, not once, see or hear any consent.

The music video ends with them naked together, blood being poured over and dripping off of them. It’s violent and beyond frightening, on par with the lyrics. It condones terrorizing women and girls, forgiving all the brutality because it’s just his fantasy. The words, “Don’t tell no lie, you can’t deny the beast inside” send the same message “I know you want it” and “When you don’t want me to move, but you tell me to go.” These are all words that contribute to rape culture. Without the sugar coating, those words signify victim blaming, sexual objectification, demeaning actions, non-consensual touching in any way and consensual ambiguity.

These three songs, while still controversial, are very popular in our society. What does it say about our culture and society, when songs like these thrive and continue to normalize unwanted sexual attention? It’s not okay at all. Music is such a powerful and layered art. Lyrics like these can be hidden behind beats and melodies, so it’s important to listen to the lyrics and make sure what you’re dancing and singing to sends a message that matches your values. Sexual assault is a crime, and music should never allow itself to abet this.