COVID-19 cases have skyrocketed around the world, resulting in millions of casualties and the closure of major economies. Medical professionals insist that staying home, staying six feet apart and wearing a cloth mask in public are crucial in slowing the spread. And yet, in several democratic countries, an action simple as wearing a mask has become an issue of debate. According to a survey by the Pew Research Center, 63% of US Democrats said that masks should always be worn, compared to just 29% of Republicans, some of whom believe that mask guidelines infringe their rights to freedom and liberty. The opposing voices in this debate have aligned themselves along party lines, driving more people away from the scientific voices of Fauci and the Centers for Disease Control and Prevention (CDC), and into radical politics’ angry Reddit and Twitter threads.

This is the result of politicization: the tendency for concepts and issues to become political and polarizing in nature. People become divided on a given issue because they stick to the stances of their political leanings and party allegiances. This is especially dangerous when issues that are objective or factual in nature become interpreted and debated in subjective ways — as issues of scientific importance, like climate change or vaccinations, often are. People insist that their political opponents are misinterpreting the facts or straw-manning the severity of a situation, creating massive conflict and often obscuring factual information from serious consideration.

We’ve seen this happen with opinions on masks, lockdowns and social distancing in the age of COVID-19. The issue of climate change has also been a commonly politicized topic. The incidence of a Make America Great Again (MAGA)-hat-wearing Covington Catholic schoolboy harassing an Indigenous man was politicized when thousands of outraged Democrats flooded onto the internet, generalizing Trump supporters as fascist, racist and evil from one isolated video example. And when the CDC found shocking statistics on firearm injuries and deaths, the Republican-majority Congress in 1996 threatened to withhold CDC funding until they agreed to halt the research, essentially concealing public health information to force a pro-gun agenda. 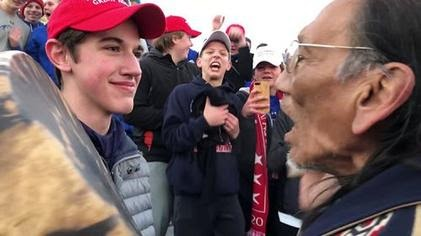 The Covington Catholic School fiasco was politicized and mischaracterized by the media to depict a harmful stereotype of Trump supporters (Image Source: The Federalist)

If your first instinct is to point your finger at one political party, accusing them of being responsible for this polarization — congratulations! You, too, have fallen into politicization’s tempting trap; pundits, leaders and citizens from both sides of the political spectrum are at fault. So why do we continue to politicize topics, even when they are obviously not political?

Why is Politicization Taking Place?

Asheley R. Landrum, a psychologist at Texas Tech University, thinks that politicization could be a side effect of cultural cognition. This is the tendency for people to root their identity within their stances on controversial issues; like racial justice, abortion or climate change. As journalist Jesse Singal puts it, “Their identity serves as… an anchor, preventing their opinion from drifting too far from where it presently sits.” When core political values become intimately connected with a person’s sense of self, any information that slightly suggests an opposing view is now a threat to their identity and belonging. Pro-business individuals tend to feel more threatened by scientific proof that fossil fuels contribute to climate change, while environmentalists may feel more threatened by a study that diminishes the severity of global warming. This threat pushes individuals to ignore or minimize the significance of opposing facts to preserve their core defining beliefs.

Another reason why politicization takes place could be that political figures are often the ones to deliver factual information and ideas to the public, turning people away from the more accurate voices of non-partisan experts. The words of politicians are not always given credibility in our polarized climate. Politicians will typically come off as very credible to the people that voted for them, and uncredible to the people that did not, as they may believe that the messaging is coloured by the values of the politician’s administration. Since politicians are the vessels of factual information and ideas, the knowledge that their messages might be coloured by the values of their administration leads to politicization. 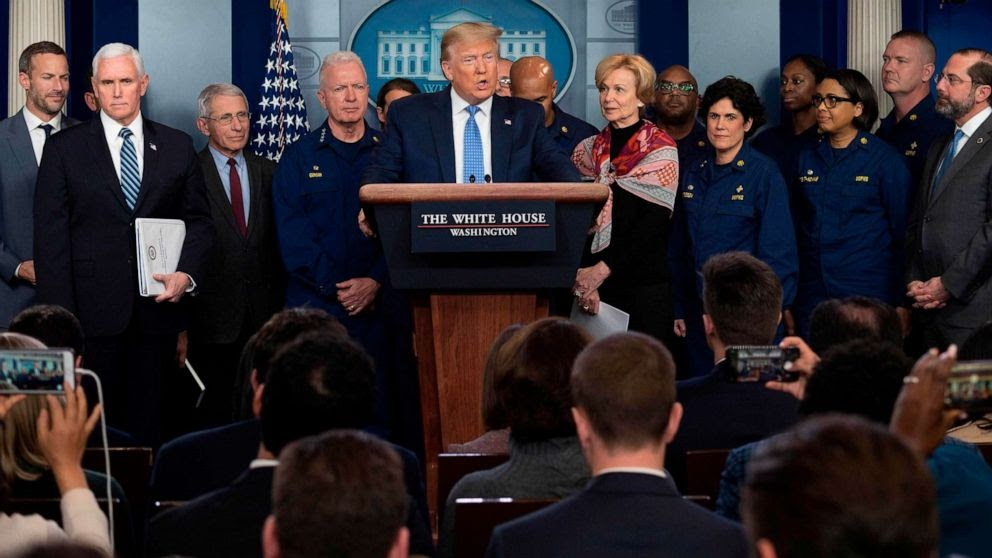 Throughout the COVID-19 pandemic response, citizens received conflicting messages regarding the mask response. Trump and other Republican politicians insisted that masking should be an optional choice and mitigated the outbreak’s urgency by proclaiming that viral spread was slowing. This contrasted with the messages Americans were receiving from public health experts like Anthony Fauci who first told citizens not to take protective equipment from healthcare workers, before later declaring that public masking was extremely important. People listening to both messages had to choose between believing an elected official and a health expert. Guided by their political biases, Trump supporters were more likely to believe in the credibility of Trump over the health expert. Additionally, Trump supporters also saw listening to the health experts over Trump as an act of disloyalty. Thus, choosing whether or not to put on a tiny cloth rectangle somehow became a serious political statement. Many Americans refused to wear masks and drove up COVID-19 case numbers.

Finally, the rise of social media and the internet has made it much easier for people to communicate with others who share similar values. The goal of platforms, like Facebook, Instagram and TikTok, is to get you to click on and view content. The data algorithms trap users in the confines of a feedback loop, where the more you view content with a political or moral view, the more that sort of content will pop up on your feed. Within these feedback loops, you are constantly surrounded by users, posts and media organizations which affirm your beliefs, create a cult-like sense of community and encourage hatred against the opposition. The latter is often done by “nut-picking” or by using an isolated incident to demonstrate the opposing party’s destructiveness — demonstrated in the Covington Catholic School scandal. The bubble of people who agree with you becomes your social “in-group”, while everyone else is forced into your “out-group”. After substantial time on the platform, you leave with the belief that your political point-of-view is the only one with merit, tinting your views on controversial issues and reducing your acceptance of the opposition. 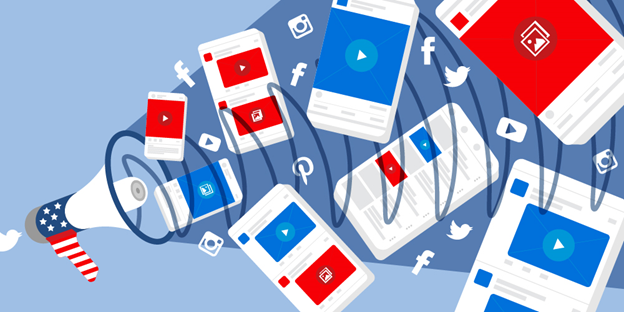 Why is Politicization so Harmful?

The most obvious harm is that the politicization of objective topics degrades the importance and legitimacy of science and research. This effect has been seen in the politicization of mask-wearing during the COVID-19 pandemic. This has also been seen in the “anti-vaxxer” crisis, with a rise in individuals on either side of the political spectrum rejecting life-saving vaccines, believing that school-mandated vaccines cause autism or intrude upon their children’s liberty and freedom. Masks and vaccines have both been proven to be safe, effective and necessary in protecting public health, but because these topics are now debated in the public sphere, society legitimizes people’s inaccurate opinions just as much as factual information. When fewer people find scientific data relevant, they are less likely to listen to expert advice and more likely to make decisions based on personal values and opinions, which may harm themselves or others around them.

Another harm is that politicization makes it harder for us to accept others as human beings. How many of you, this past Thanksgiving, have attended a family celebration, cringing as something controversial somehow swept its way into the conversation, forcing your libertarian aunt and socialist second cousin at each other’s throats? With the current polarized state of the world, we are more likely to antagonize individuals who don’t share our beliefs and treat them negatively simply on the basis of their opinions. This is the opposite of what should be happening in a peaceful and productive society! Under politicization, political identities have become exaggerated in an attempt to justify poor treatment — labelling broad grounds of people under generalizations (“all Conservatives are science-denying fascists” or “all Liberals are naive tree-huggers”). It’s gotten to the point where identifying with a political viewpoint actually makes people feel morally superior, entitling name-calling, harassment and public shaming against the opposition.

Ultimately, both of these harms boil down to politicization’s greatest harm: slowing down change. Change — wasn’t that the original goal of political discourse a long, long time ago? When people close their minds to factual information and begin treating the opposition in hateful and demoralizing ways, it is much harder for society to tackle issues like gun violence, criminal justice reform, immigration, access to healthcare and climate change — because no one can agree on anything. This is actually confirmed by a psychological theory called the amplification hypothesis: the more stubborn and angry you are when trying to persuade another person, the more likely it is that the other person will resist persuasion. If your goal, as an active and engaged citizen, is to make a certain change happen, the antagonistic rhetoric of politicization and polarization actively makes it harder for you to gain public support. Shouting into a megaphone is meaningless when everyone is too close-minded to pay attention. 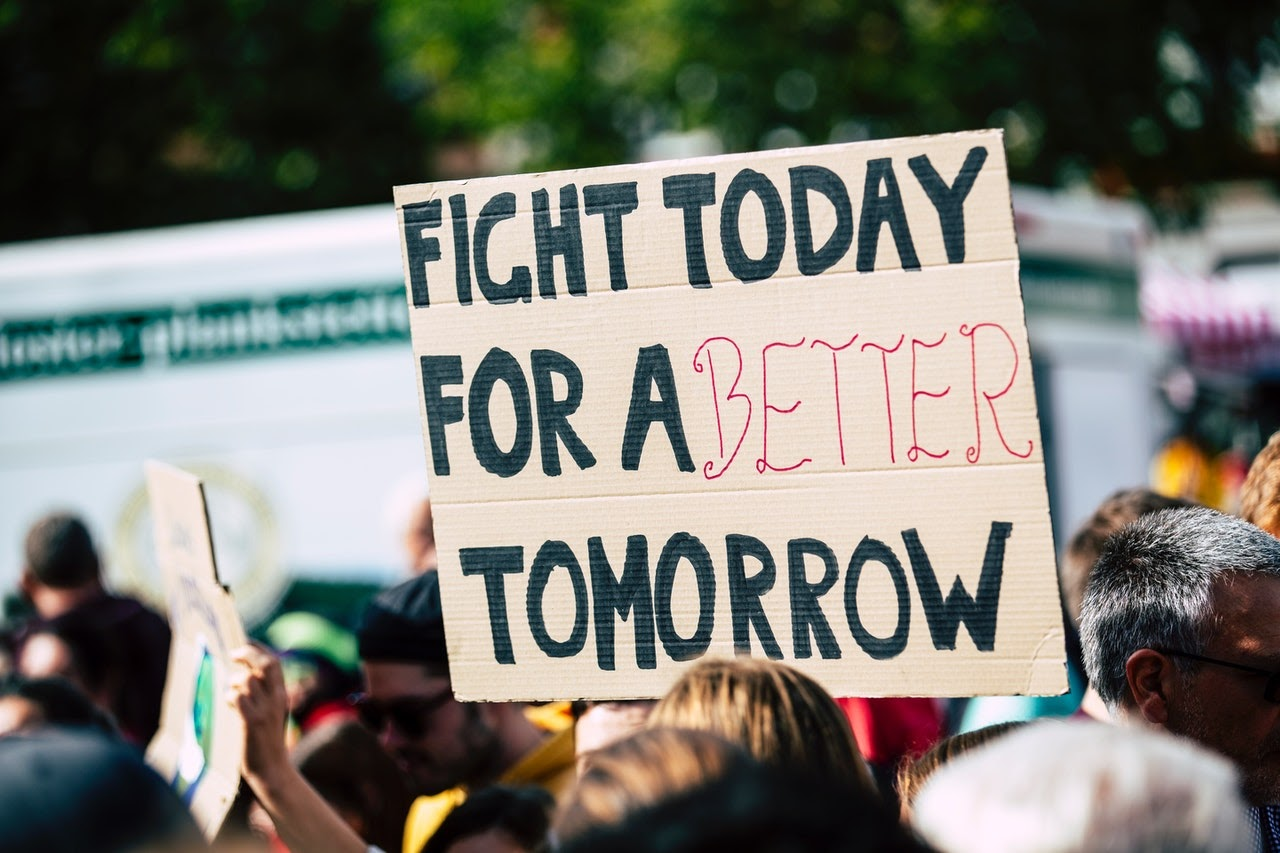 What Can We Do to Stop This?

Does the harm of politicization mean we have to let go of our values and stop fighting for the issues that matter to us? Of course not! Free-speech is still one of our fundamental freedoms in a democracy.

But I urge you, dear reader: before you make a decision about your stance on an issue, make sure you’re first getting all the facts and opinions right. Open your mind to opposing political and global perspectives. Branch out from your media echo-chamber by reading articles, watching videos or listening to podcasts depicting opposing political views. Even better, directly engage in calm and rational conversations with people on the spectrum’s other side.

As a citizen, you have the power to stop defining other people by their beliefs, to reach across the aisle of the messy political landscape and to engage in productive, positive discourse.

Your country will thank you.