You’ve probably heard about Vaccination passports – a document with a scannable QR code that populates the vaccination history of an individual. It also includes the name, birth date, the number of doses of the vaccine type(s) administered, and the date of vaccination. It sounds like a reliable way for Canadians to prove their vaccination status for travel purposes and to access entry into restaurants and sporting events. However, there are issues associated with vaccination passports that should be noted, namely discrimination and fraud. 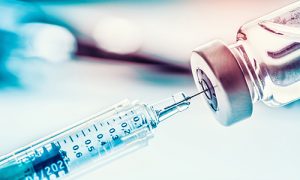 Until recently, those who were advised against receiving the vaccine by doctors had to accept that they would be unable to access many services. Those who have severe allergic reactions to the ingredients in the vaccine either choose to receive doses at the hospital and prepare for an allergic reaction, or accept their exclusion from “non-essential” activities such as going out to dinner or the movies, sporting events, etc.

In Manitoba, some unvaccinated employees were placed on “involuntary paid leave”. Instructors at the University of Winnipeg filed a lawsuit against the University, Manitoba’s chief public officer and the province over an “overboard, unreasonable, and discriminatory” vaccine mandate. The statement of claim states that the instructors were blamed for prolonging the pandemic and faced extreme ill-will, hatred and discrimination.

A restaurant owner in B.C. faced online abuse from anti-vaxxers after announcing on social media that his restaurant will comply with screening mandates with vaccine passports, noting that businesses need protection too. The decision was met with death threats, harassment, attacks on Google reviews and orders that were placed for takeout but never picked up.

Vaccine passports can be discriminatory for the marginalized, such as those who are homeless and unable to access a computer, smartphone or printer. Even if they’re able to obtain a physical document or card, it can get lost or stolen and will eventually need to be replaced. Keeping paper documents safe isn’t a priority for the homeless. As the number of accessible services that don’t require any proof of vaccination decreases, those without a home have fewer spaces available in which they can take shelter. This is felt worst in cold weather, where a coffee shop can provide warmth and a bathroom. 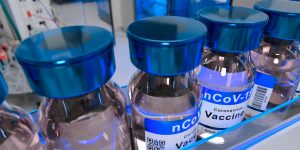 Furthermore, the vulnerable may be exploited when they are offered money to get the COVID-19 vaccine under different names so unvaccinated people can obtain a QR code. This is possible because photo IDs are not mandatory in Alberta to get vaccinated, and only a health card is required.

Cybercriminals are selling fake vaccination certificates, which hampers a nation’s efforts to limit the spread of COVID-19. Sellers claim that the data will be entered into the National and Provincial Database, and many documents look identical to the legitimate certificates. Venue staff or border officials fooled by the document from a fake European Centre for Disease Prevention and Control website unknowingly allow unvaccinated persons entry. URLs embedded in the QR codes link to fake databases in websites that appear credible. These fake certificates are being offered in dangerous sites that are phishing for information and infect devices with viruses to hold individuals in ransom. As such, it’s important to avoid unknown sites and links that offer vaccination certificates.

There are more cybersecurity concerns, where fraudulent and third-party websites and apps can abuse the mandatory requirement of the ArriveCan travel app and ask individuals for payment.

Vaccine passports have many benefits, such as allowing businesses and venues to operate safely during COVID-19, and helping reduce COVID-19 transmissions. However, there are problems that must be solved, or at the very least should be made known. Fraud and discrimination are the most obvious, glitches in the ArriveCan travel app are just as prevalent. The ArriveCan travel app, like every other app, always has a risk of failure or malfunctioning. If the app didn’t allow individuals to log in, users were penalized with two-week quarantine. The benefit of vaccination passports may exacerbate vulnerabilities for the marginalized and business owners. 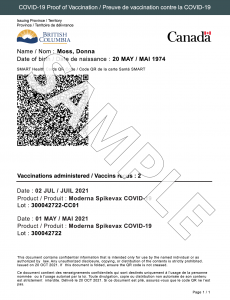 Canada is working on ways to reduce and ultimately eliminate these problems. To combat production of fraudulent vaccination certificates, provinces are taking steps to validate the documents, including a review process where the documents are reviewed by qualified reviewers after they are uploaded online. Suspicious documents are reported to authorities.

Accessing public services in Ontario with a medical exemption has become easier, where individuals simply show a QR code instead of a doctor’s note. Patients need to ask their physician to submit documents to be reviewed by the public health unit. If accepted, it will be uploaded to the COVaxON website and the QR codes will be available at Ontario’s proof of vaccination website. As of January 27th, 2022, over 200 exemptions have been accepted in Ontario, which shows that less than one in 50,000 adults have a valid medical exemption.

Problems still exist as only 56% of medical exemption requests were accepted in three of the largest health units in Ontario (59 out of 105 requests in the Toronto, Ottawa and York region). Several but not all libraries in Ontario are creating free cards with QR codes. In December alone, almost 10,000 people have used Hamilton Public Library’s free download, print and laminating program.  Ultimately, vaccination passports have allowed a number of industries to begin to re-grow, though there is work to be done on the delivery of this system.