A couple years ago, my mother had shown me a little book about something called the Kindertransport. It featured pictures of quilts, written stories with side-notes beside them. The quilts are about the journeys and stories of World War 2 children who survived because of the Kindertransport. Some of these paragraphs were written by the survivors themselves, others written by children or grandchildren of those survivors. I remember reading the book and thinking how little I truly knew about World War 2 and the Holocaust (though I did know a bit from learning about it in Hebrew School). Just recently, I found the book again, and I thought I’d share the history of the Kindertransport, because while most people know about the Holocaust, the Kindertransport is sometimes lost in history lessons.

In 1938, on the night of November 9th, Hitler Youth and the Sturmabteilung paramilitary smashed and destroyed hundreds of Jewish schools, synagogues, buildings and stores all across Nazi Germany. This night was later called Kristallnacht, “the Night of the Broken Glass.” As horrific as it was, it also spurred something much larger: the Kindertransport. Five days after Kristallnacht, some Quaker and British Jewish leaders went to Neville Chamberlain, the Prime Minister of the United Kingdom, and asked that the British government allow Jewish children be permitted to stay. After some debate, it was agreed only children would be accepted, and they could be no older than 17.

These Kindertransports were organized by the Reich Representation of Jews in Germany, and in England, the Movement for the Care of Children in Germany organized the sponsoring. The first Kindertransport carried nearly 200 children, all from an orphanage that had been burned down and destroyed in the Kristallnacht. They arrived in Harwich, England on December 2, 1938. 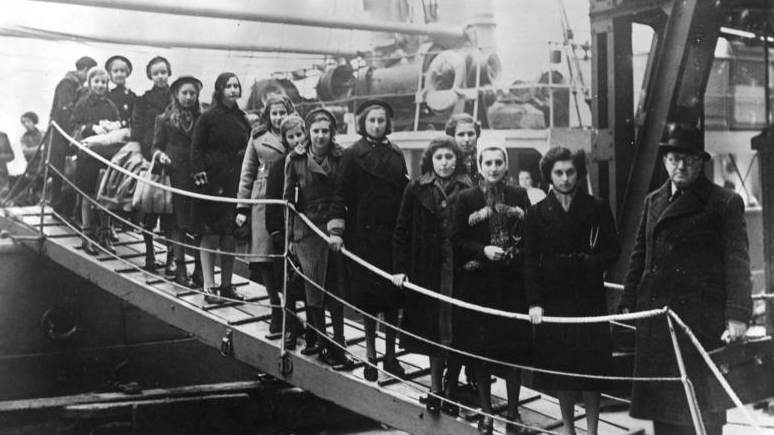 The very last Kindertransport was a hasty attempt by Geertruida Wijsmuller-Meijer, on May 14, 1940. During the bombing of Rotterdam, 74 children were placed on a ship, the SS Bodegraven, at the port of Ijmuiden. They were taken from an orphanage in Amsterdam housing mostly Jewish children — they had taken a Kindertransport to the Netherlands and stayed instead sailing to England. Geertruida Wijsmuller-Meijer had not on the boat herself; deciding to stay and continue to help.

Most early Kindertransports left from train stations in Berlin, reaching ports in Belgium and the Netherlands. They then boarded a boat from the Hook of Holland (if in the Netherlands) and sailed through the Channel to Harwich. Later Kindertransports began leaving from major stations in Vienna and Prague — German-annexed lands. Most children that were considered for the Kindertransport were at risk of deportation, orphaned, poor or whose parents or parent were arrested or taken to a concentration camp. The children chosen for the Kindertransport, or sponsored by family or friends in England, were only aloud to take a small suitcase, and around their neck they wore manila tags with numbers, some with pictures.

In Harwich, before London was bombed (the London Blitz, 1940), children with sponsors were met by foster families and taken to their new homes. Others without sponsors were taken to summer camps or facilities. Most children didn’t know a word of English. Some struggled accommodating to a new life in a place they did not know. Messages between parents and children quickly stopped. Most children, in fact, would never see their parents again. 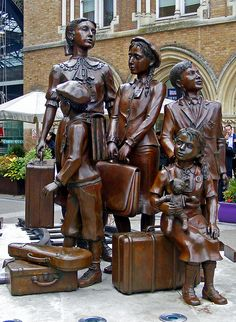 I do not know anybody who survived and owe their life to the Kindertransport, but the stories of those who did touched me. The organizers, the sponsors and the parents themselves — who chose to save their children, knowing they may not see them again — are all heroes. It is estimated that around 10,000 children lives were saved due to the Kindertransport.