Storytelling is a universal trait of humanity, and some pieces of those stories don’t change despite the passage of time. These eternal pieces are known as archetypes. An archetype is any story element that recurs time and again across cultures and time periods. They often symbolize components of life that can be considered to represent some part of the human experience. Being an archetype not only ensures that an element is sure to appear in recent stories, but so long as it remains connected to the human experience, it will continue to be in fiction indefinitely. I argue that one story trope that should be elevated to the rank of archetype is the school-bound narrative as it is currently perceived to be a part of the human experience and I see it continuing into the well into the future.

It should be acknowledged that, despite the widespread existence of schools and similar educational institutions, access to these institutions is not universal. There are those, both today and historically, that are unable to attend these institutions and may never receive what could be viewed as “a standard education.” The argument being made is not intended to invalidate the experiences of those who have not, do not, and will not attend school. Rather, this argument is intended to try and make connections to stories occurring organically in the public sphere, suggest a reason for their popularity, and propose reasons for why these types of stories will continue to exist.

According to Guinness World Records, the oldest higher-learning institution in the world is the University of Karueein in Morocco. It was founded in 859 AD, though as Guinness also points out in their record, the Sumerians had scribal schools after 3500 BCE. It should be noted that these scribal schools were not schools everyone could attend; this was, after all, during a time when the three dominant societal classes of the era were the free, the semi-free, and the enslaved.

Though the establishment of education didn’t apply to everyone, the concept of communal learning has continued for over a millennia. While the early years were not admirable for their exclusivity, the fact that we still participate in the act of learning in a group setting so many years later is worth noting, because it implies that there is something in this act that humans consider to be important. This is all to say that education, and communal education at that, has been around for an incredibly long time. As such, the concept of attending school in some form or another has rooted itself into the lives of large portions of humanity. 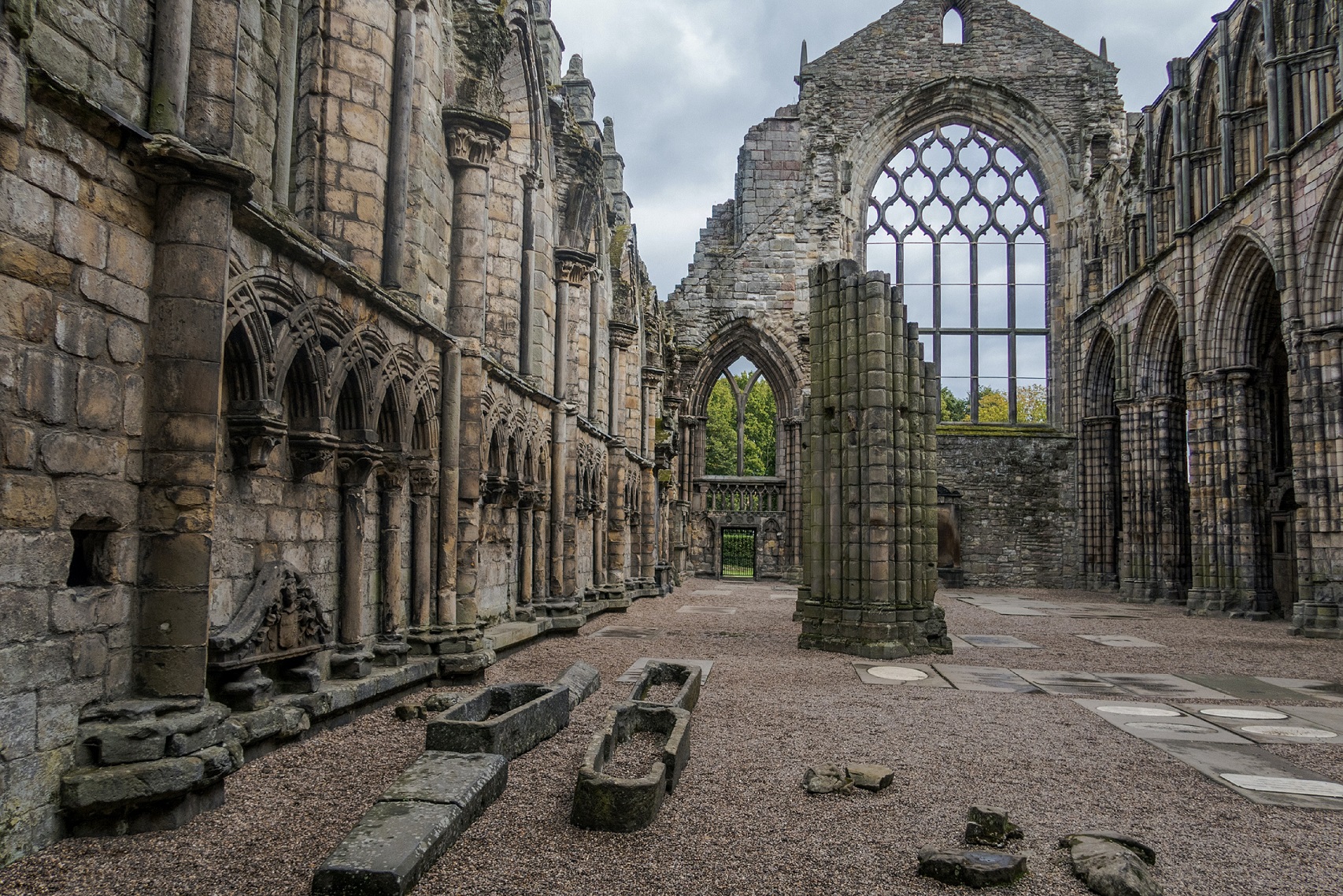 It is difficult to know for certain when this archetype emerges, because stories that may have been commonplace five hundred years ago may be lost to time. What could be considered communal education is also up for debate: is the ancient Debate between Bird and Fish, a piece of Sumerian literature much like the modern essay, evidence of a sort of education as two individuals are sharing knowledge and learn about different points of view as a result? Due to the difficulty accessing stories before the age of the printing press, anything truly ancient in terms of a school story will remain a mystery for the moment. The earliest record I could find is A Separate Piece, John Knowles’ 1959 novel. This doesn’t mean that no earlier school-story exists, but rather that I was unable to find one.

Education should be recognized as a dominant archetype in fiction because the novelists and story-tellers, those of the past and today’s, are very likely to have experienced a school-like setting. By fiction, I am referring to story-telling in the conventional forms such as literature, graphic novels, television, and film. The archetype in this case would be a narrative where the school setting is largely essential to the story— I have dubbed this the “archetype of education”. This is to say that the school directly contributes to the events of the plot, characterization, and other key elements of storytelling rather than simply existing as a location. The dominance of this archetype transcends time period and country to establish itself as a permanent fixture in fiction going forward. 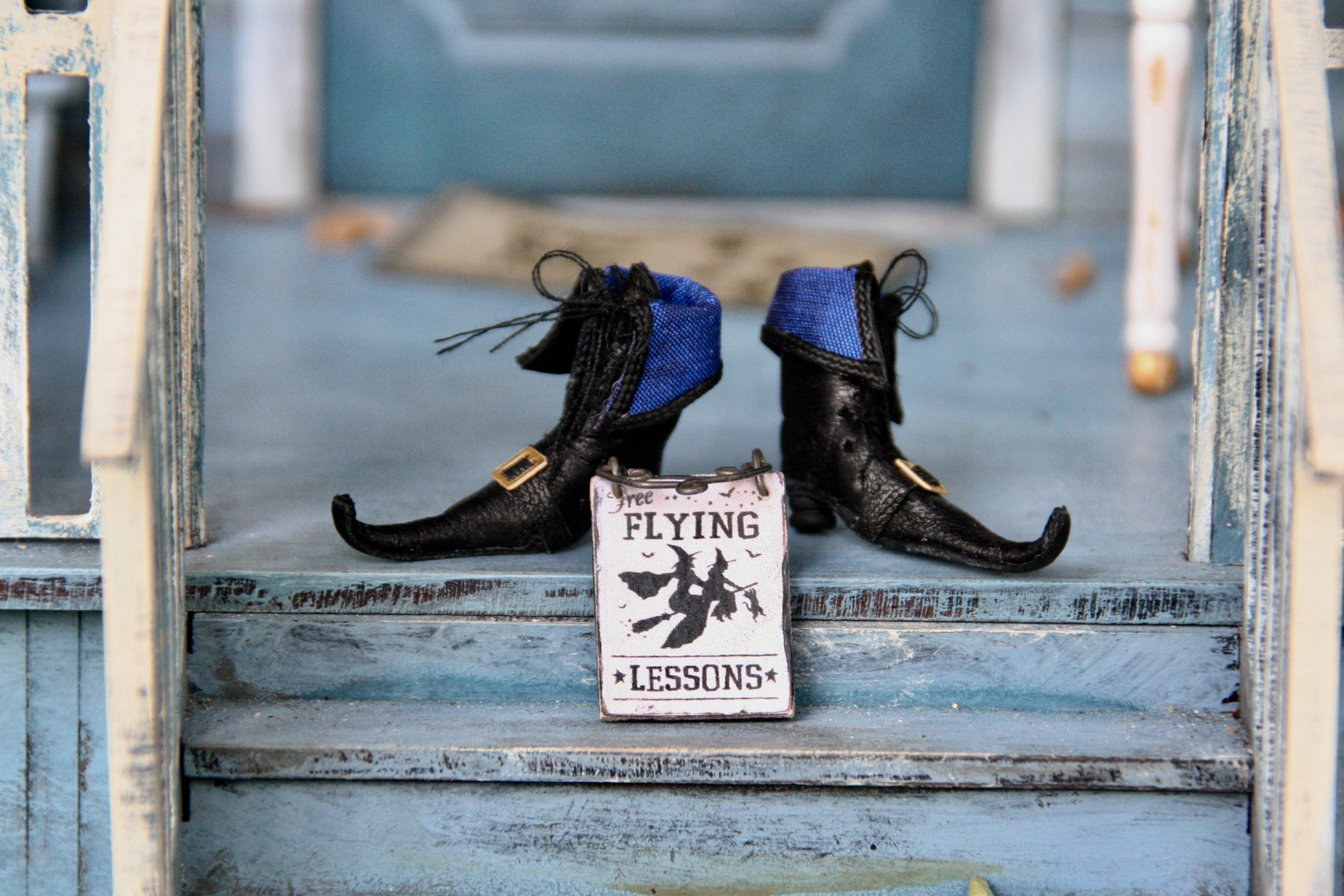 To start, let’s examine one of the most well-known examples of education as an archetype in fiction: Harry Potter. The Harry Potter series is composed of seven books published from 1997 to 2007 by J. K. Rowling. The novels chronicle the adventures of Harry Potter and his friends at Hogwarts School for Witchcraft and Wizardry. The series does tackle other locations and significant events do occur outside of school, but the main crux of the books happen within the walls of Hogwarts— even the final battle in the final book takes place on Hogwarts grounds.

I believe this archetype was a big part of the reason Harry Potter was so popular, because this is a story that could not have happened without Hogwarts. To have young Harry learn magic in the basement of a house or in the woods somewhere doesn’t have the same impact. The magic, pun intended, wouldn’t have been there. Learning is often associated with a school-like environment because that is where education has tended to happen in recent history. Meaning, having learning take place in the setting of a school makes the having to teach the reader about magic, from its history to its use, fit more believable within the confines of the story. Worldbuilding happens because most of the cast are young— they are learning about magic and wizards at the same time as the reader.

Furthermore, learning magic was crucial to solving Harry’s problems: spells and potions saved lives and moved the plot forward, based on what they had learned while at school. Learning, specifically being taught, was a centerpiece of the narratives of each book and thus put the series squarely within the archetype of education.

Harry Potter is one of the most successful book series of all time, selling over 500 million copies worldwide. There are movies, video games and even theme parks dedicated to the franchise. This series is a prime example of the power and appeal of the archetype of education and suggests that more narratives using this archetype are bound to appear in the future. 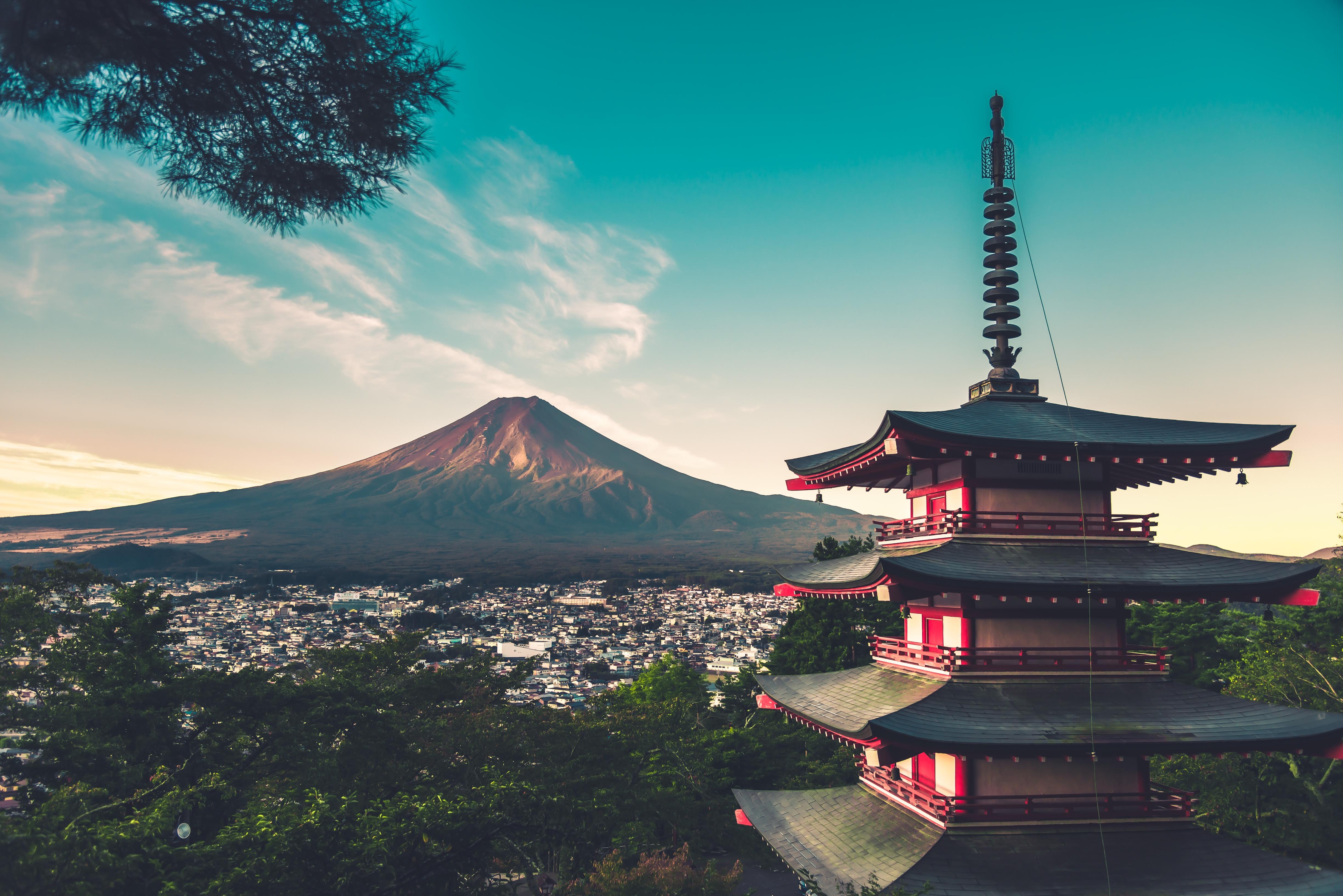 In order for the archetype of education to be a true archetype, it needs to exist across cultures. Thus, we look across the Pacific Ocean for another example. Assassination Classroom is a graphic novel series written and illustrated by Yūsei Matsui published from 2012-2016. In it, an octopus-like being from outer-space destroys part of the moon, but gives humans one last chance to defeat him. He does this by becoming a junior high school teacher and doing his best to teach his students how to assassinate him in order to stop the world from being destroyed. Utterly bizarre though it may be, it is very much a narrative that relies on the concept of students in a school environment learning how to solve their problems. In this case, they must learn how to be competent assassins to save the world. To remove the school element is to remove the story; the entire thing would need to be rewritten to find some other plot and would end up being very different than what we were presented with.

In 2013, Assassination Classroom was named the seventh best-selling graphic novel series of the year in Japan and now has over 20 million copies in circulation. Thus, it too should be said to be a successful series which will likely be emulated in some form or another. It is also a newer series than the original run of Harry Potter, which suggests that this is an upward trend and will move on into the future.

Lastly, in order to prove that this is not merely a fad that was birthed with the Harry Potter movement, let us examine The Chocolate War. This Robert Cormier novel was originally published in 1974 and depicts an all-boys Catholic high school that has a dark underbelly. The story revolves around an underground society manipulating the student body to enforce cultural norms, particularly against one lone detractor who refuses to participate in the school fundraiser. 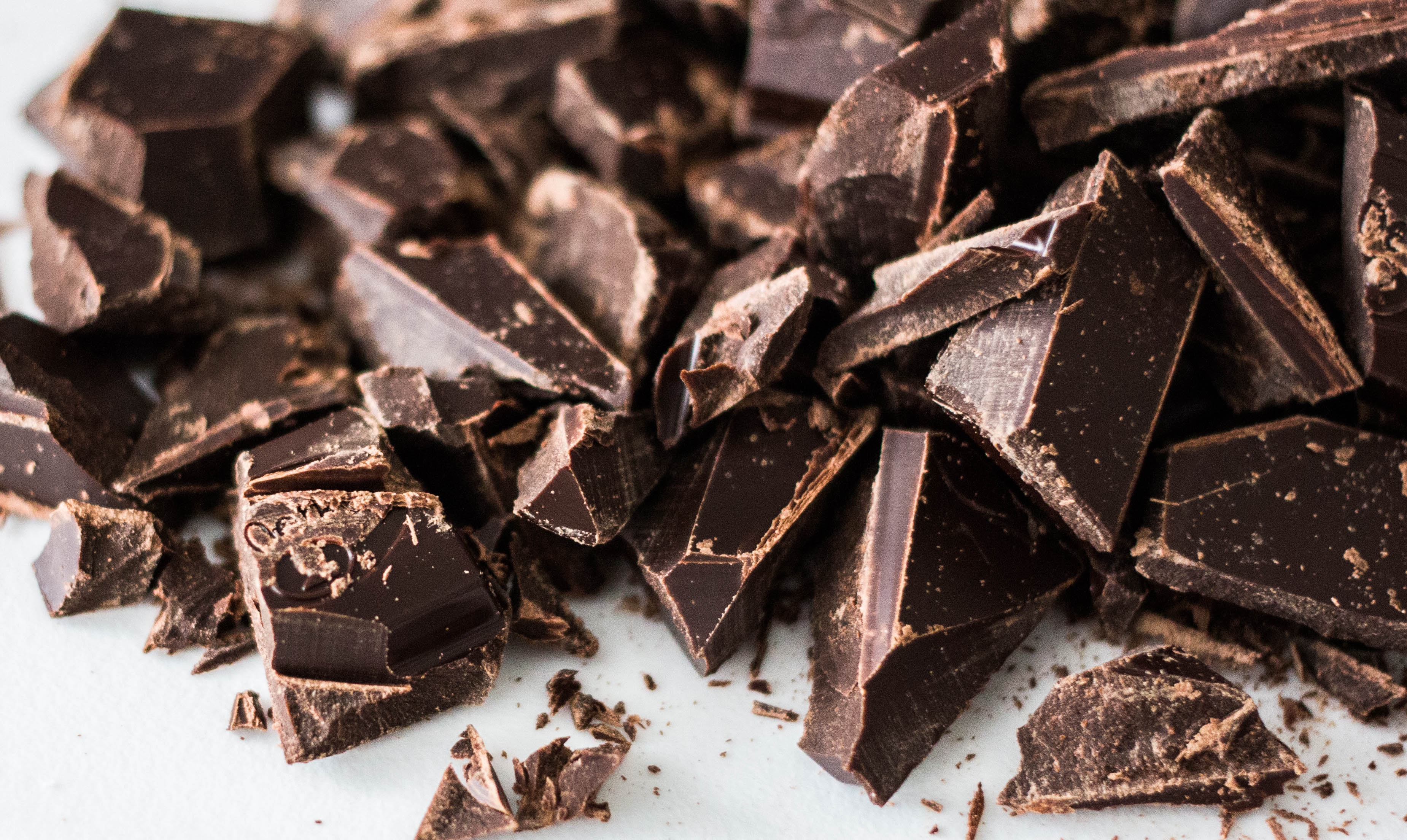 As with the previous examples, this could not have existed without a school setting. The story is about a young man in the presumed America of the 1970s facing serious social pressure from his peers; there are few other places where such a narrative could occur because there aren’t many other places with dynamics similar enough to a school for the novel’s main concept to work. It was the school that bred the underground society, fed it, and maintained it with ease. The entire plot is set off by an event at the school that is a rarity in everyday life: a fundraiser. The novel was popular enough to inspire a 1988 film of the same name directed by Keith Gordon and was put on the ALA Best Books for Young Adults for 1974. While perhaps not the most well-known school story, it still holds a place as one of the bricks supporting the idea of the archetype of education.

These three cases, along with an explanation as to how education is part of the human experience, come together to make a strong argument for the existence of the archetype of education. This element is, I believe, an undeniable part of fiction that has come up too frequently to be a coincidence. To suggest this is an eternal archetype is perhaps a bit presumptuous, but so long as schools exist, I believe we will have stories that take place there and couldn’t take place anywhere else.