This short fiction was inspired by true experiences of xenophobia that I’ve read, witnessed, or personally experienced over the past few weeks from COVID-19. It is dedicated to everyone who has experienced xenophobia, and also to those that are willing to learn the effects of COVID-19 from another perspective. Let’s not forget that everyone is experiencing difficult times: treat others the way you want to be treated.

I trudged down our school hallway into our first class. As it was nearing 9am, kids were scrambling to get to class on time. When I entered our classroom, everything seemed normal. Some kids were talking, sleeping, or getting ready for class. But this didn’t last.

“Hey, another person died because of the coronavirus today!”

It was from this moment that my world turned into a living nightmare.

“Where did this happen?”

“Should we start to stock up on supplies?”

I made myself smaller and smaller in my seat, hoping to hide from everyone. But no one can hide completely.

Everyone had stopped talking and turned to stare at me. While he was the first one to say this, I could tell that a lot of people were thinking the same. They had expressions of hate and distrust, expressions that I had begun to see increasingly.

“Stop blaming her!” a person yelled.

I looked up and saw my friend of 8 years: Alice. Ever since kindergarten, we were each other’s rock, and she was my only friend.

“Just because she’s Asian doesn’t mean it’s her fault! She’s not even Chinese!” Alice bravely responded. “Don’t you guys know Asian cultures are very different from one another? We learned this last year!”

Everyone looked down in shame. She was right, just last year we learned about different cultures and how Asian countries are very different from one another, despite being broadly considered Asians. We even had a multiculturalism event, but it seemed that everyone had forgotten.

“She’s right,” our teacher said as he walked in. “It’s not her fault. Nobody should be blamed for this.”

Everyone scrambled to their seats. I shot Alice a smile, silently thanking her. I then looked around our classroom. I had known these kids for 8 years, yet nobody stood up for me except for Alice. Is this how it’s going to be from now on?

School continued, and it was just like every other day. For now.

When I arrived home, my parents were arguing again.

“I shouldn’t have listened to you, now look what’s happening.”

“How is it my fault? I didn’t know this would happen!”

“We should’ve stayed in Thailand. If we did, we wouldn’t have to go through this.”

“We can clean it up, it won’t take long. Thalia and Leo could help us.”

“Why should we when business is already bad? There was a 30% drop in profits just last week. How are we going to pay our bills?” 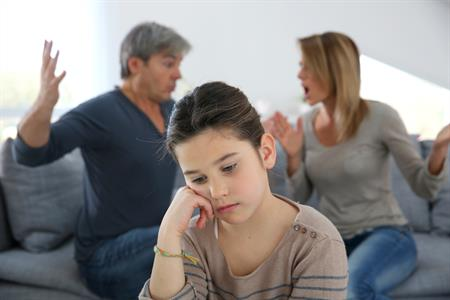 Both of them quieted and stared at me. “It’s nothing, go to your room.” my mom said.

I was tired of this. Ever since the outbreak, they had begun arguing and I wanted to help. I wasn’t just a kid anymore and had the right to know and voice my own opinions.

My dad seemed to agree. “Yes, she deserves to know; as I said, she could help.”

My mom sighed. “We couldn’t open our convenience store today”.

“Because it was vandalized and someone stole from the cash register overnight,” my mom said. “When we went to other stores for help, nobody helped us and even blamed us for bringing the virus into the country”.

I was shocked. The convenient store was our main source of income and we couldn’t survive with my brother’s income alone. Why did this happen to us? Didn’t people realize that we were all trying to survive, and that we had nothing to do with the virus? My parents were the most hardworking people and sacrificed their lives and immigrated to Canada for Leo and I.

“Well, you can help us erase the vandalism. It won’t take long” my dad said. “Oh and you may not get your allowance this week”.

My mom stood up. “Stop. Why should we continue when it will probably happen again? Also, our business hasn’t been good either. We should just stop,” she argued.

“How are we going to pay for everything then? We also have debt, and we need to send Thalia and Leo to college!”

“We should go back to Thailand when we can. Flights are probably going to be cancelled soon, so we should leave as soon as possible” my mom stated.

“What? New York is my only home. I don’t even remember Thailand!” I replied. “My whole life is here. Why should we leave when we didn’t do anything wrong?”

Nothing was said until my mom broke the silence. “You’re right, Thalia. But people are going to blame us anyway.”

I wanted to scream. This was incredibly unfair — why did we have to feel unsafe in our home? Why was the government just allowing this to happen and making it worse by calling it a “Chinese Virus?”

But we couldn’t do anything. Despite being citizens, we were immigrants. Immigrants in a foreign land.

It got progressively worse and worse. The numbers kept increasing. People stared. Our convenient store closed. We never managed to leave.

Our principal made an announcement. “Today might be the last day of school indefinitely. Due to the increasing COVID-19 outbreak, our school may be ordered to close starting from Monday.”

I put my head down on the desk. No one said anything, but I could feel their eyes on me every time someone mentioned the coronavirus.

“That’s it for today, stay safe everyone,” our teacher declared, and went outside. The bell rang, and everyone started to get ready to go home.

On my way outside, a girl coughed on me. I turned around, and they laughed.

“How does it feel to be coughed on?” She taunted. Everyone around her laughed. 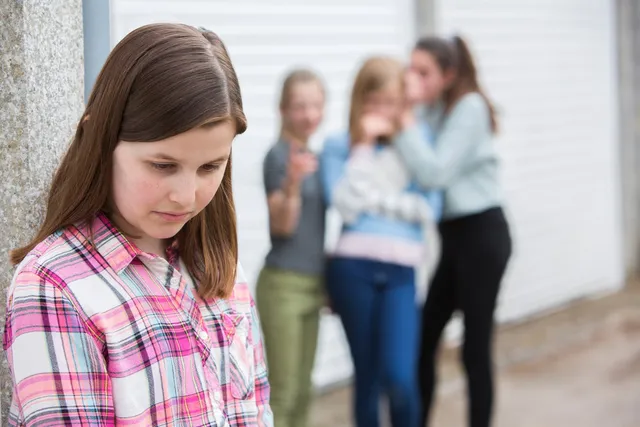 I looked around, and saw that everyone was doing the same. Even Alice, my only friend, was staring blankly. I took a step towards her, and she ran outside.

This continued on my way home. No one came close to me. When someone coughed, people suddenly stopped and gave me cruel looks.

“You should wear a mask if you’re going to cough,” someone even commented.

At this point, I stopped questioning why we had to be treated like this and just accepted that this was how it was going to be from now in. It was better that way.

When I woke up, my dad was nowhere to be found. Leo was carrying a first aid kit.

“Why do you need that? I asked.

“Mom was attacked on her way home. She’s bleeding.”

I ran to her room and saw that she was clutching her arm, and her hand looked bruised.

“Who attacked you?” I demanded.

“It was people that declared that I was ‘patient 0.’ They started chasing me, and one of them managed to grab my arm and I tripped and tore my arm. It’s fine, I just need a bandage and some Polysporin.”

“This is getting out of hand. It’s like they think we’re going to kill them!” Leo shouted. “Even today someone yelled and asked where I’m from and a few teenagers started to cover their faces when I went into the bus.”

“Hopefully it will be over soon,” my mom replied. But we all knew that even if there was a cure, the word ‘virus’ will always be attached to us.

Leo sighed and asked, “When will dad come home? I also heard that people were getting stabbed. He should be careful.”

Our mom shrugged. “He said that he’ll buy groceries because I can’t cook, so he should be home soon.”

A few hours later, he came home. But what caught my eye was a white box.

“It’s nothing, just precautions.” He placed the box on the counter. My mom then opened it, and her face turned pale.

“Why do you have this?” she yelled.

Leo and I ran up to her and looked into the box. It was a gun.

“Like I said, it’s just precautions. A lot of people are obtaining guns to protect themselves, and we should do the same,” he replied calmly. We stared at each other in horror.

“Aren’t there other ways of dealing with violence?” I asked.

My dad shook his head. “They won’t listen to words. Even today, people were chasing your mom with weapons. We need this.”

I ran into my room and cried. My dad, who was the most gentle person I knew, bought a gun and believed that violence was the only answer. My mom was attacked in broad daylight, yet no one helped her or reported it to the police. My brother and I were being treated as murderers. 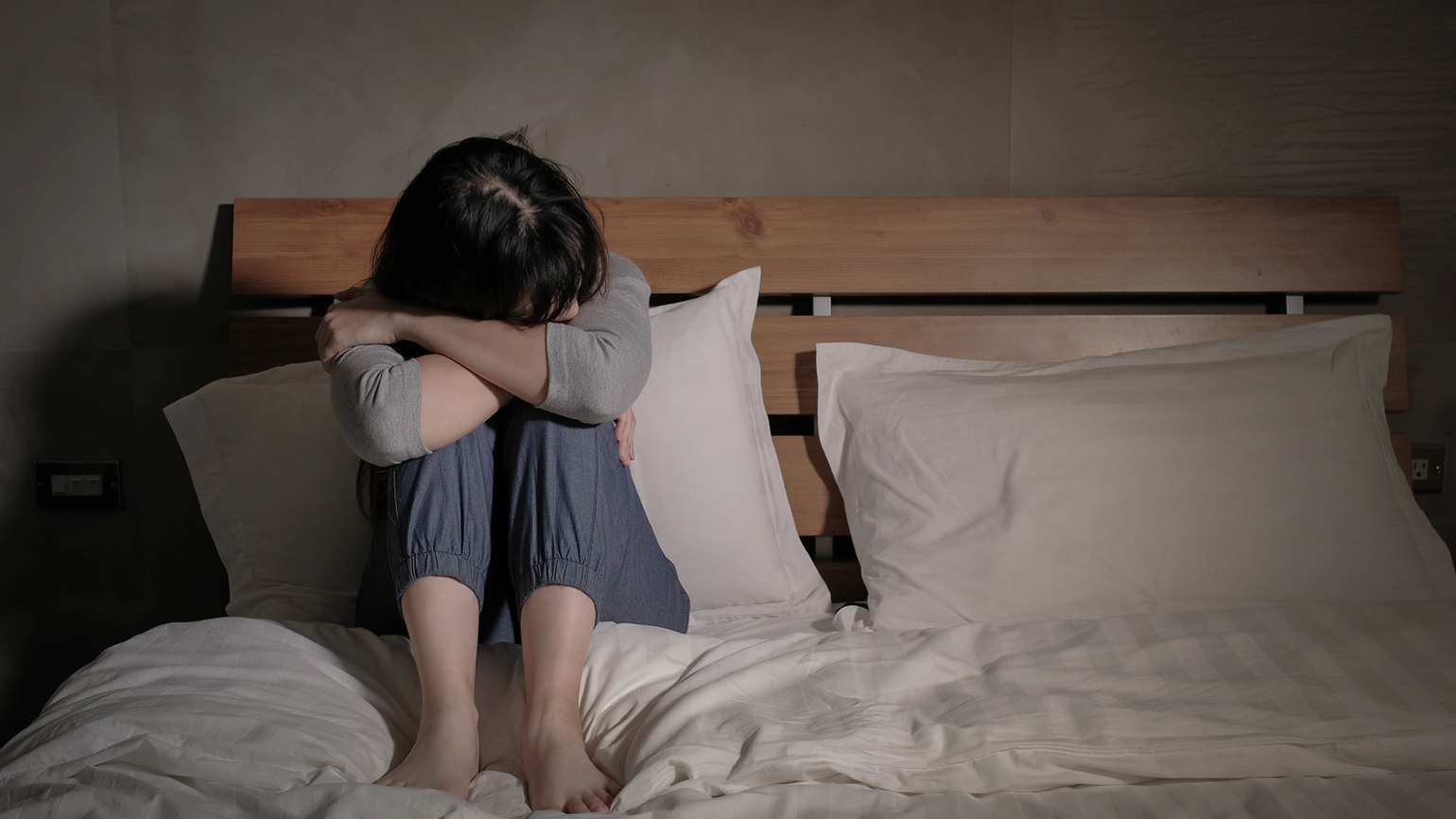 When will this end? People gave various answers. At least a few weeks, a few months, 1 year, 2 years … But my question is …will xenophobia ever stop? 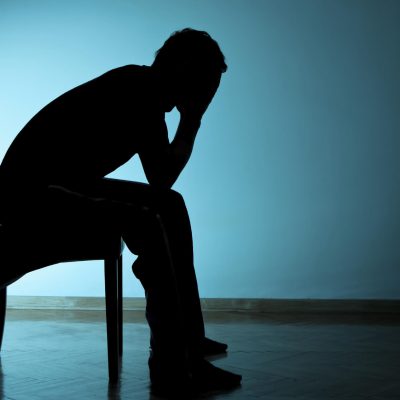 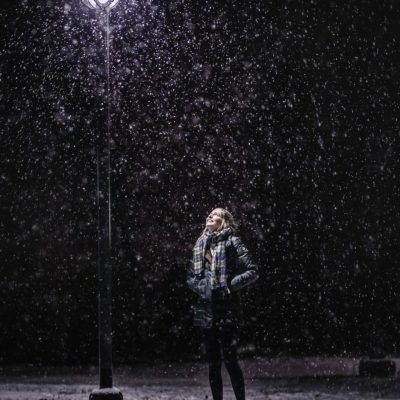 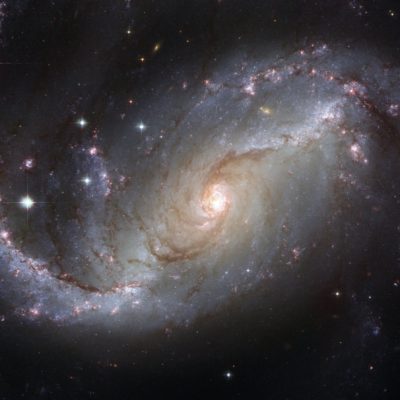