On March 2nd, 2021, the automobile company Volvo announced that it will only produce electric cars by 2030. In addition, Canada has the ambitious goal of having all light duty vehicles (vehicles weighing 3856 kgs or less) that are sold to be zero-emission vehicles (ZEVs) by 2040. This growing demand prompts the question: should the general public transition to electric cars?

As with everything, we must consider the advantages and disadvantages before answering this type of question. 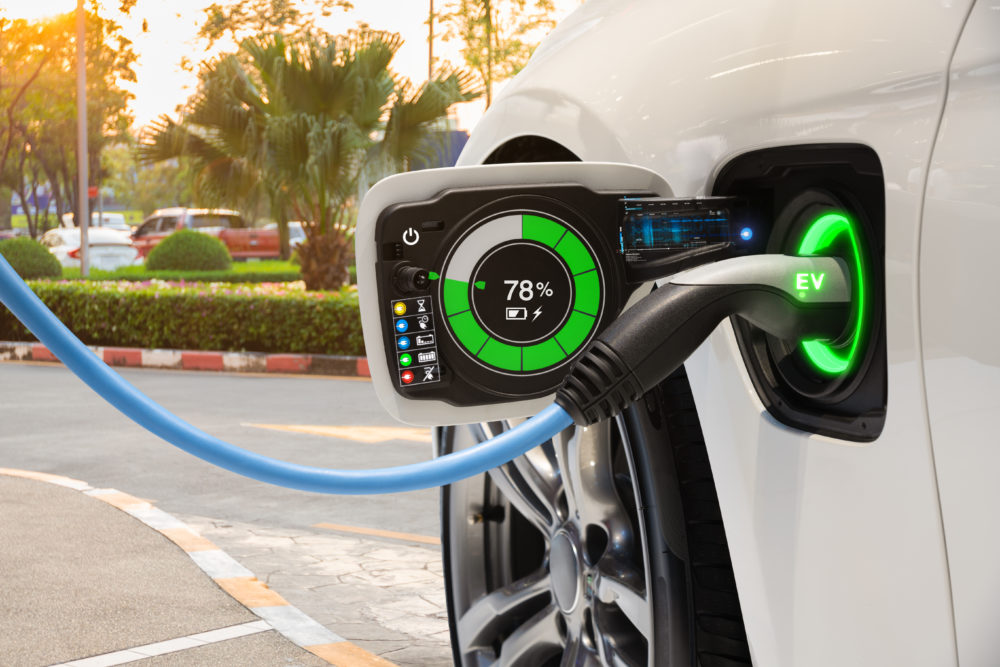 Beneficial for the Environment

Also referred to as zero-emission vehicles (ZEVs), this term refers to any vehicle that is a plug-in hybrid electric, hydrogen fuel cell, and battery-electric. As the name suggests, the greatest benefit is perhaps the fact that fully electric vehicles (EVs) don’t require fuel and produce fewer emissions compared to conventional vehicles. According to the U.S Department of Energy, gasoline vehicles can produce 11,435 pounds of carbon dioxide equivalent, while EVs can produce around 3,774 – 7,258 pounds of carbon dioxide equivalent annually. Furthermore, plug-in hybrid vehicles (PHEVs) produce no tailpipe emissions when they’re in full-electric mode. 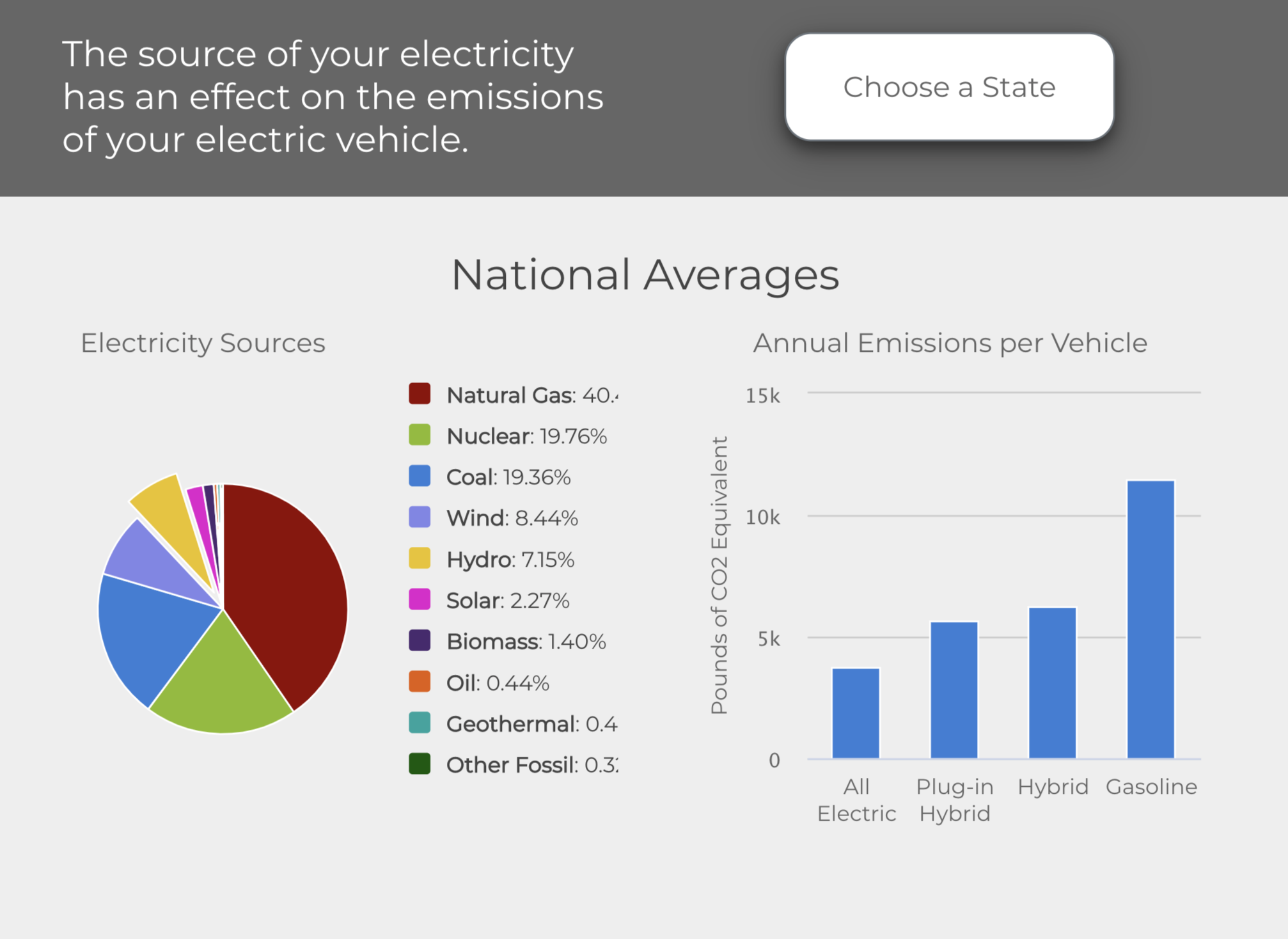 It is especially beneficial due to the convenience of EVs, which can be charged overnight when the demand for electricity is lower. In such cases, greener energy sources such as hydro, nuclear, and wind energy may be used instead of natural gases to charge EVs, which can be used to meet demands.

Apart from the initial cost, drivers will pay less money in the long run as EVs will require little to no fuel. It is estimated that a typical EV battery will cost less than $530 CAD per year to charge. The exact cost will depend on the car manufacturer and whether the vehicle is a plug-in hybrid electric vehicle (PHEV), which uses both gasoline and electricity as fuel, or just an EV, which only requires electricity. While some PHEVs can run solely on electricity until the battery is empty, vehicles that charge via “blended mode” require both electricity and gasoline to power the vehicle on a charged battery. Furthermore, PHEVs typically cost around $720 CAD annually (including both gasoline and electricity costs), which is drastically cheaper than conventional gasoline cars at $2500 CAD per year.

There are also charging stations across Canada that drivers can find with websites / apps such as PlugShare, ChargeHub, Transport Canada, and Flo. While the number varies by city, the total sum of free charging stations in Canada within Toronto, Vancouver, Quebec City, and Montreal adds up to over a thousand according to ChargeHub. 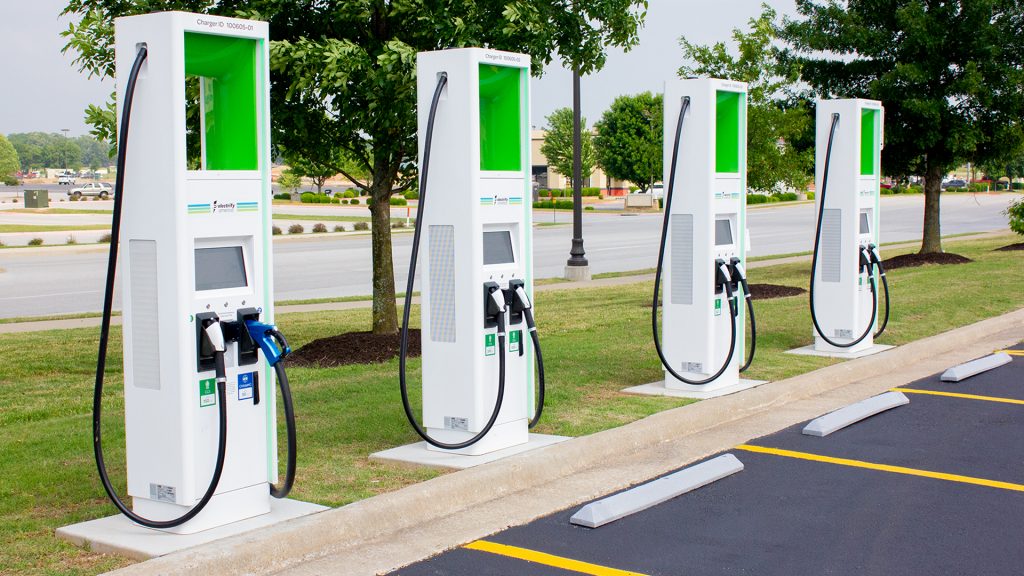 For costs, it can be around $20 per hour when fast charging, or $1.50 per hour on a level 2 charging station for most EVs. EVs can also be charged at home, which can either be Level 1 (from a conventional household outlet), or Level 2 (at-home charging station). For PHEVs, they may only require level 1 charging as it will charge most vehicles overnight.

Detrimental for the Environment

The creation of batteries for an EV uses metals such as lithium, nickel and cobalt. Processing and mining these metals, along with the manufacturing process, produces substantial amounts of carbon, which contributes to climate change by trapping heat. Excess carbon dioxide is also found in air pollution and smog, which causes increased wildfires, food supply disruptions, and extreme weather. 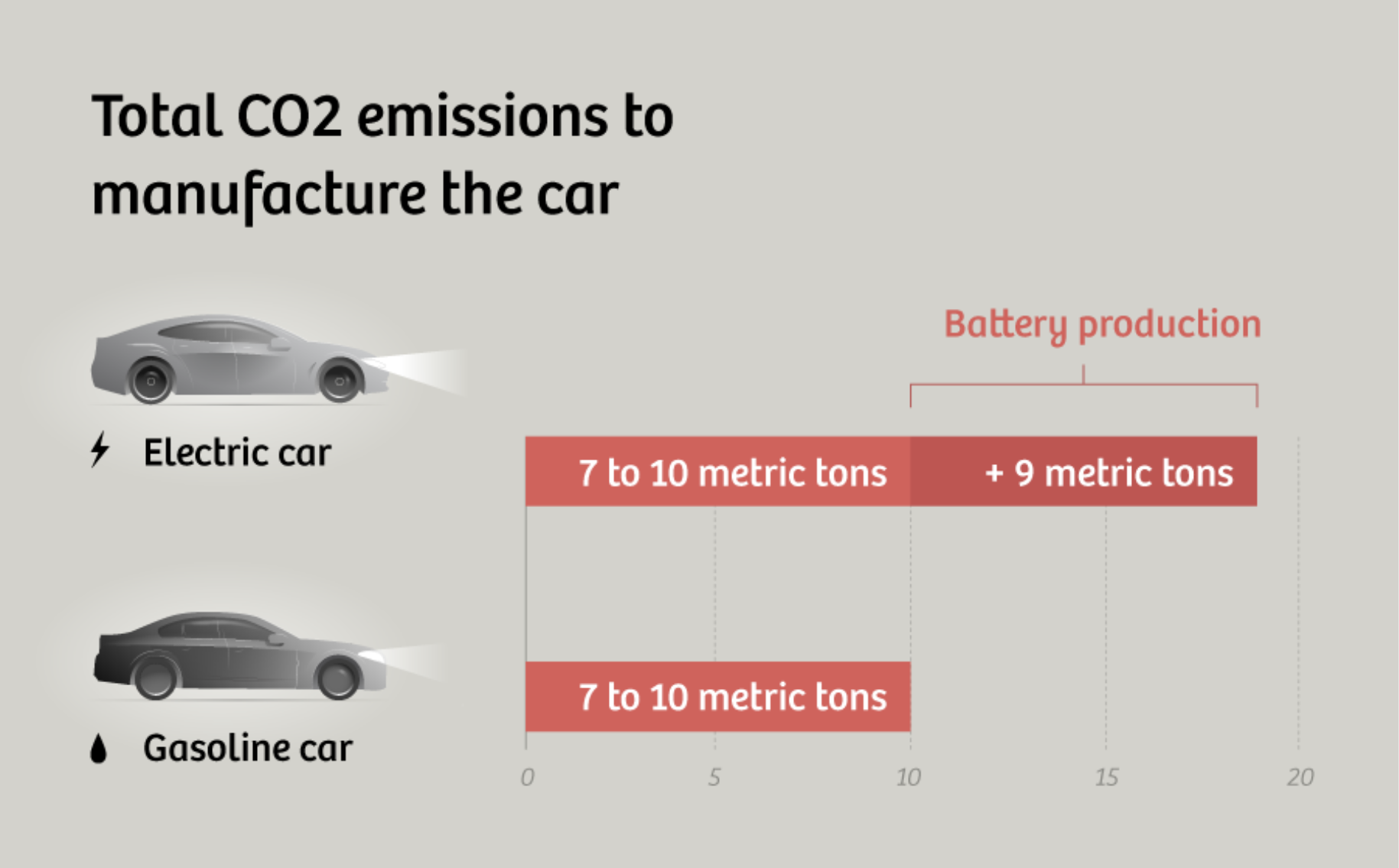 It is also estimated that battery production potentially uses the most energy, making it the most environmentally harmful part of the manufacturing process. From here, approximately 20% of greenhouse gases emissions are from processing and extracting minerals. The mining process also produces pollutant emissions from fossil fuel combustion that is used to produce heat and electricity for processing, and to operate equipment. There are also concerns for aquatic species that are affected by the toxicity of minerals from the mining process.

Charging the batteries is also problematic — as mentioned in the advantages, clean, renewable energy may not be used to charge the vehicles during peak times when energy is in high demand, which forces the use of non-renewable sources such as coal. Moreover, even if EVs are charged at home, most North American power grids, also known as the “network of networks that delivers electricity” from the energy source to places that use it, have some connections to greenhouse gas emissions, which means that it uses both renewable and non-renewable energy sources to produce electricity. Thus, EVs may be more of a band-aid solution instead of a completely “clean” alternative. 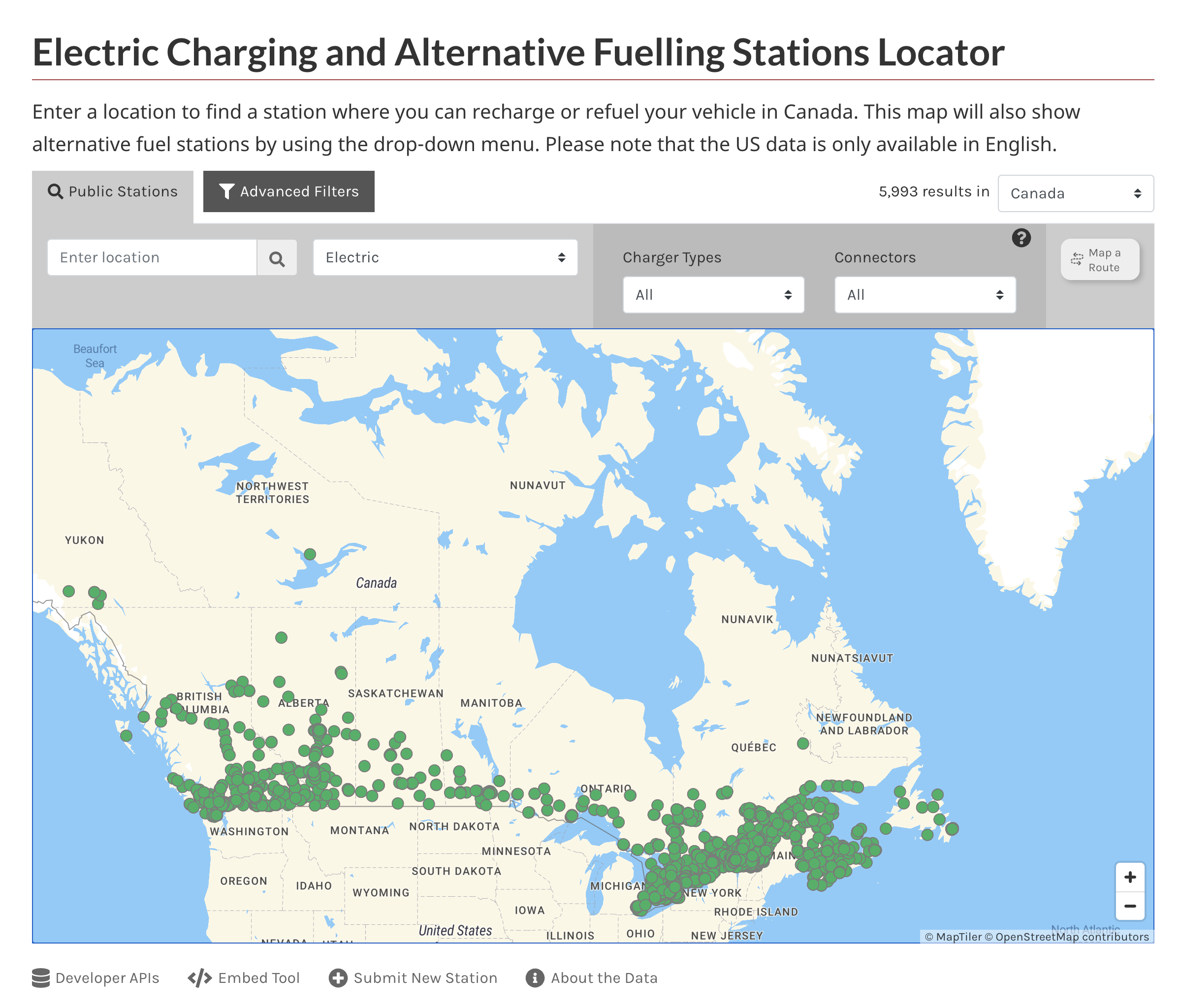 As such, it may be difficult for drivers to charge their EV depending on the location, the type of house they reside in, and if they plan to drive for long distances. This is because a conventional household outlet (also called Level 1 charging) is the slowest mode of charging, and one hour of charging will only provide an 8km of driving range. If they require a faster mode of charging (level 2), they must use a charging station that provides a 30km of driving range on a single charge, making it the most common way to charge an EV. However, this is problematic because a charging station requires a garage, and not many apartments, townhouses, or condos have a charging station installed — this is the reason why some drivers without a garage may not purchase EVs.

The cost of installing a charging station is also costly — most hundreds of dollars and can be over $1000 CAD; an electrician must also install it to the correct dryer plug. 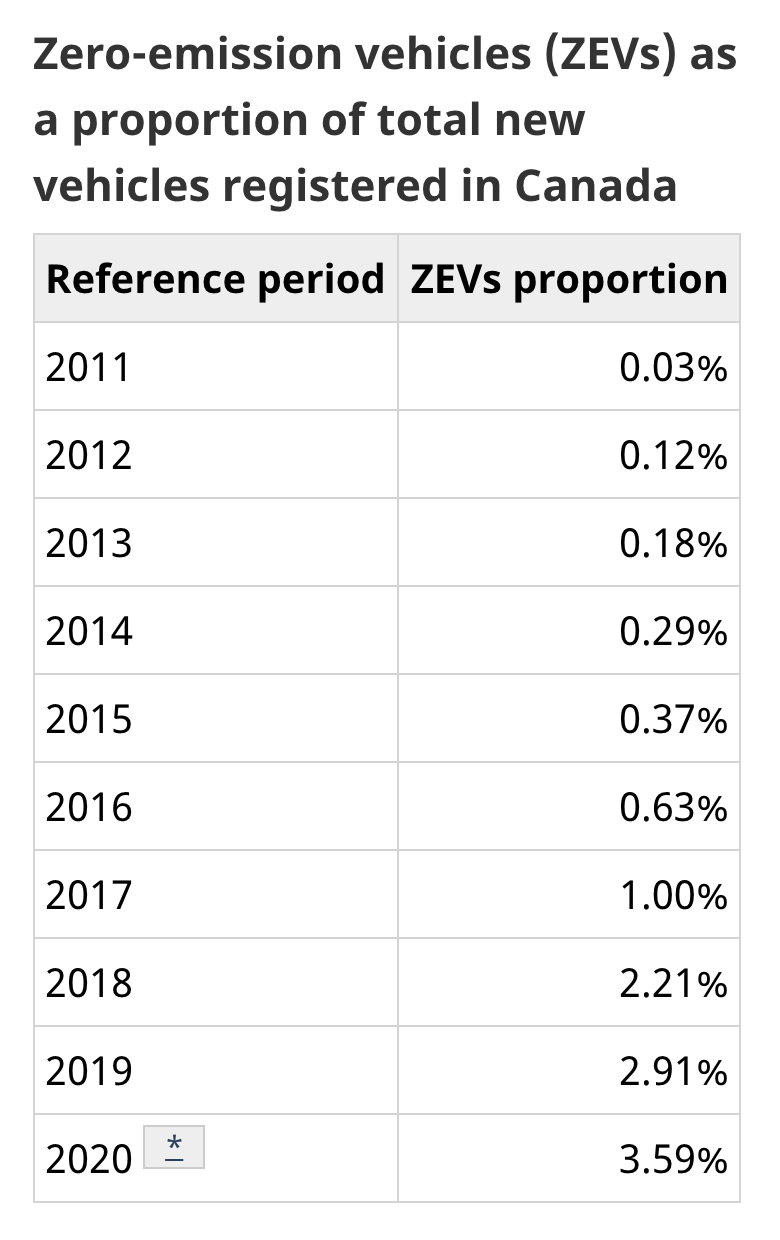 Moreover, when comparing the travel distance per charge EVs have a low battery capacity. A new EV can travel 200 km on a single charge, while some PHEVs can travel around 40–80 km on electric and 500–900 km on gasoline. This is low in comparison to gasoline vehicles, where some can travel over 1000 km on a full tank of gas.

Even if EV charging stations are installed, power outages may occur if the number of EV users increases in the future. This could be especially problematic during peak hours.

With EVs being drastically different than conventional vehicles in how they’re manufactured, traditional auto workers are at risk of losing their jobs as EVs require less parts and less maintenance overall. EV manufacturers distribute battery packs and batteries to only a few global suppliers, which will make it more difficult for traditional auto workers to be able to repair EVs. For reference, to assemble the engine conventional gasoline vehicles require around 6.2 hours of labour, while an EV requires around 3.7 hours to assemble the battery and motor. 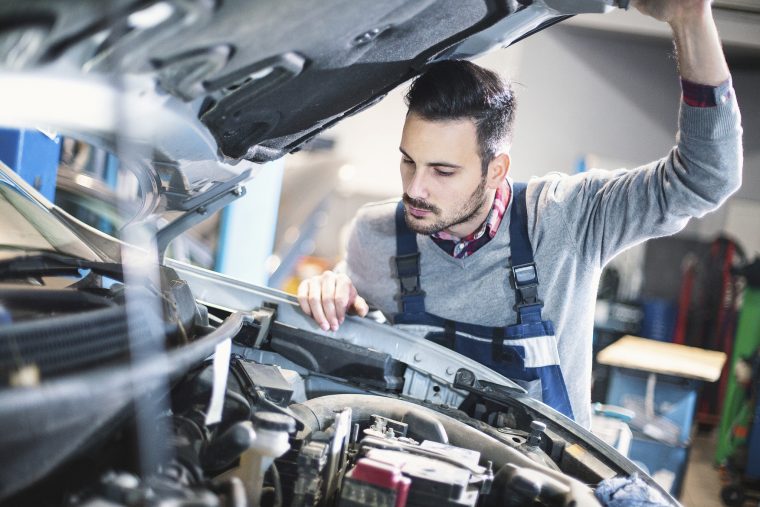 So, should we transition to electric cars? The answer depends on an individual’s location, needs, and lifestyle.

The most important thing to consider is if there are means to charge the EV. As mentioned, if one doesn’t live in a single-family home and if there isn’t a charging station near their home or workplace, charging the EV may be financially difficult.

Moreover, an EV may not be reasonable if one uses their car frequently, or if their occupation requires them to drive long distances. This is because new EVs have a more limited capacity to travel long distances in comparison to PHEVs or conventional gasoline vehicles, and charging stations aren’t available everywhere. While it may save money, it may become tedious to charge the EV approximately every 200 km.

EVs also are not entirely environmentally friendly — while they have less carbon footprint for the driver, the manufacturing process produces more carbon than a gasoline car. As such, EVs may not be the best choice of vehicle for everyone, as there may be more disadvantages than advantages for some. Instead, PHEVs may be a good start, as it combines the advantages and disadvantages of both EVs and conventional gasoline vehicles.