Gender inequality is an issue that has persisted for millennia with historical roots dating back as long as 8000 years ago. A major contributing factor to gender inequality is the historically chauvinistic beliefs possessed by men that have allowed a sense of superiority resulting in disparities in accessing education, jobs, equal pay, and even healthcare. Over the last two centuries, however, women have combated many of these issues successfully through four waves of feminism. Even with these strides to tackle sexism, it is evident that gender inequality still remains a global issue, as highlighted in a 2020 report published by the United Nations. 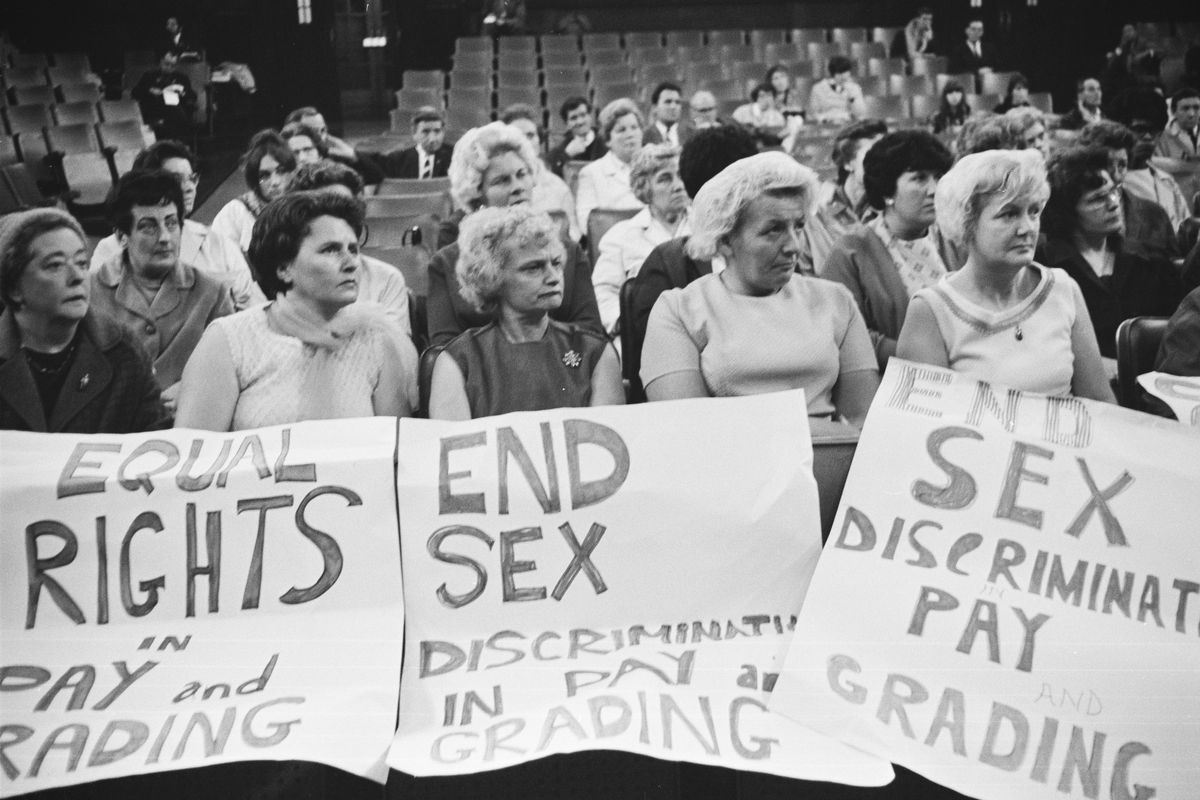 A large problem that remains in society is sexism in the fields of science, technology, engineering, and math (STEM). In November 2020, Nature Communications, a peer-reviewed journal published a paper that received swift, but indeed reasonable, backlash. In the paper, the authors conclude that male mentorship of female students yields a more successful scientist than female mentorship. Many scientists in the community have spoken out about the methodology used in the paper being completely flawed. Shortly following the initial publication, the paper was retracted by the journal and the authors offered their apologies to the scientific community.

The paper offers an extremely discouraging message to women in STEM and raises a similar issue in STEM relating to the recognition of women’s contributions to scientific fields. One such example is the Nobel Prize which recognizes individuals for large accomplishments in six different fields:  physics, chemistry, physiology or medicine, literature, peace, and economic sciences. Failure to provide recognition is evident in the numbers — out of the 934 Nobel laureates, only 58 are women. Undoubtedly, the Nobel Prize is an esteemed award and recipients of the award go on to have their work amplified globally. Therefore, it comes as no surprise that researchers have raised concerns about the Nobel Prize being an award that has historically favoured Western, white men. 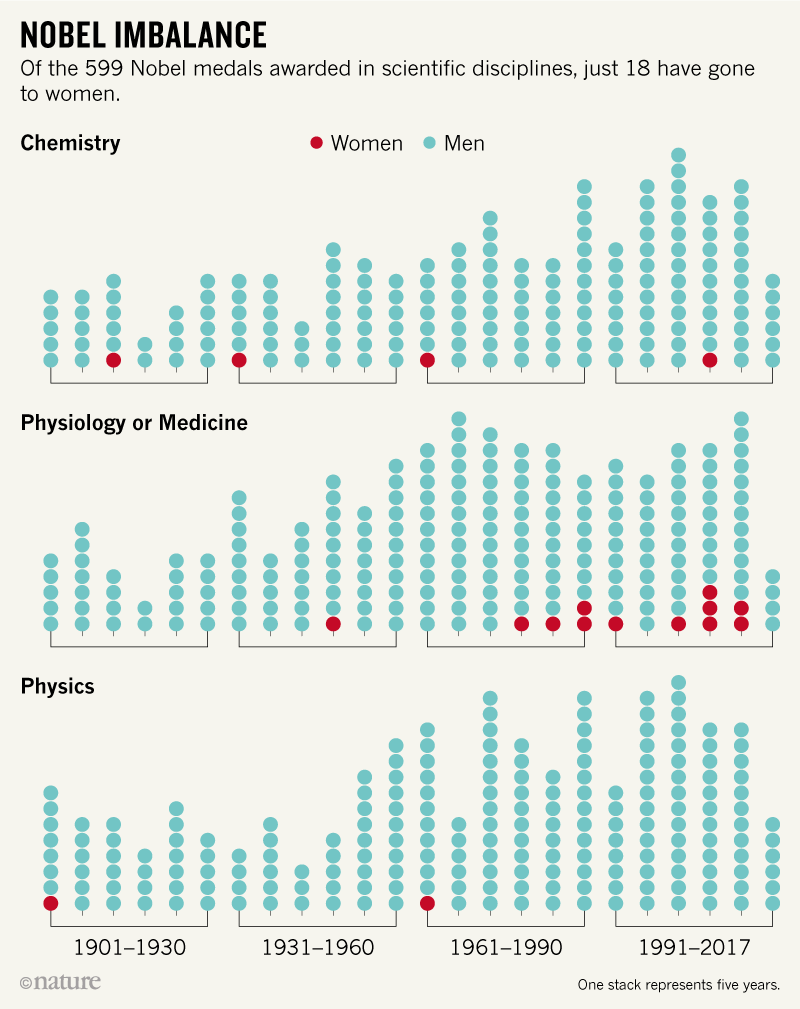 The bodies in charge of awarding the prize – the Royal Swedish Academy of Sciences (RSAS) and the Nobel Assembly at the Karolinska Institute –  have stated that there are indeed more individuals from under-represented groups deserving of the award that do not receive it. As a result, in 2019, these bodies modified their nomination procedure in hopes of promoting equality and diversity. Göran Hansson, the secretary-general of the RSAS, has told Nature that after the modifications took effect, there was a small increase in the number of women nominated but it is too early to tell whether this was caused by the changes made. Hansson says the  RSAS is committed to making further changes if the current modifications do not yield sufficient results.

While it may be too soon to critique the changes adopted, it is reasonable to demand more transparency in the nomination process. The Nobel Prize Committees have procedures allowing for information regarding nominations to be held confidential for 50 years. The reason given by the committee is that it is a means of limiting external influence on the nomination process, resulting in an honest judgement of nominees. However, the link between confidentiality within the nomination procedures and honest judgement is hard to see. Additionally, Alfred Nobel has written a will that provides the basis for the Nobel Prize rules. In his will, Alfred Nobel did not include any call for confidentiality, only that the prize be awarded to the “worthiest person.”

Nonetheless, in 2020, four of the 11 Nobel laureates were women. This was an increase from 2019 when only one out of the 14 Nobel laureates were female. Louise Glück won the Nobel Prize in Literature “for her unmistakable poetic voice that with austere beauty makes individual existence universal.” Three women were awarded Nobel Prizes in STEM. Andrea Ghez, along with Roger Penrose and Reinhard Genzel, was awarded the Nobel Prize in Physics “for the discovery of a supermassive compact object at the centre of our galaxy.” And finally, Jennifer A. Doudna and Emmanuelle Charpentier shared the Nobel Prize in Chemistry “for the development of a method for genome editing.” 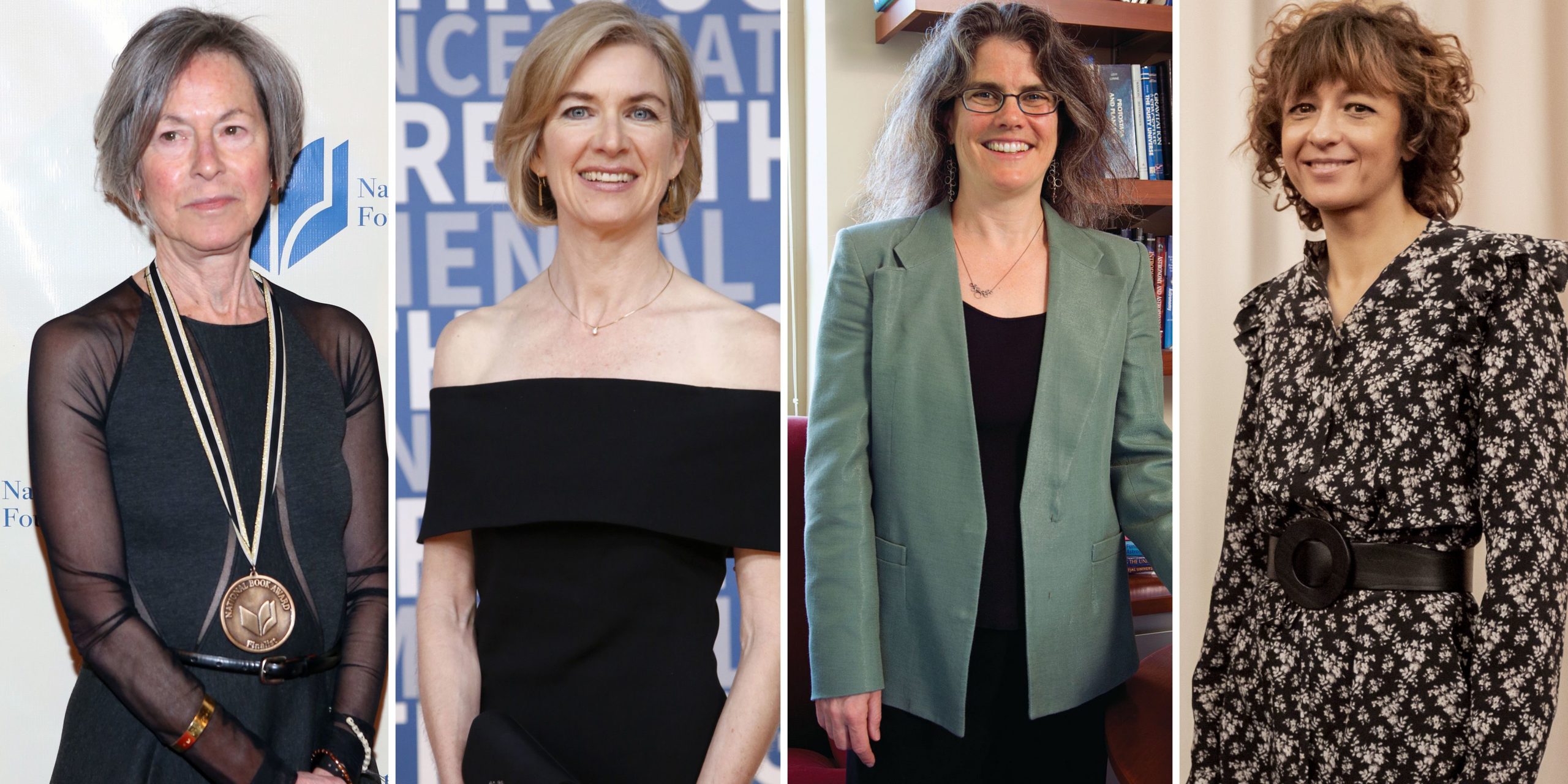 This award comes as an important win for aspiring women in STEM. As Sandra Glucksmann, who is the CEO of Cedilla Therapeutics perfectly sums up in her statement on the achievement:

“The significance of this Nobel Prize can’t be understated. It’s critically important that our society get more people interested in science. We need it for progress, be it climate change or physics or treating cancer. Women make up 50% of the population but not yet 50% of scientists. Having people like Jennifer and Emmanuelle recognized for helping develop a breakthrough technology means they automatically become role models for younger women.”

While the gender gap in STEM is narrowing, it still exists with women accounting for only 28% of the STEM workforce. In a research study performed in Swiss secondary schools, researchers found that gender stereotypes in STEM can influence the majors pursued by both males and females in their post-secondary life. Therefore, achievements such as the ones made by these women, specifically in STEM, serve an essential role as they encourage younger girls to enter the currently male-dominated STEM sector and consequently have the potential to increase the number of women in STEM in the long run. 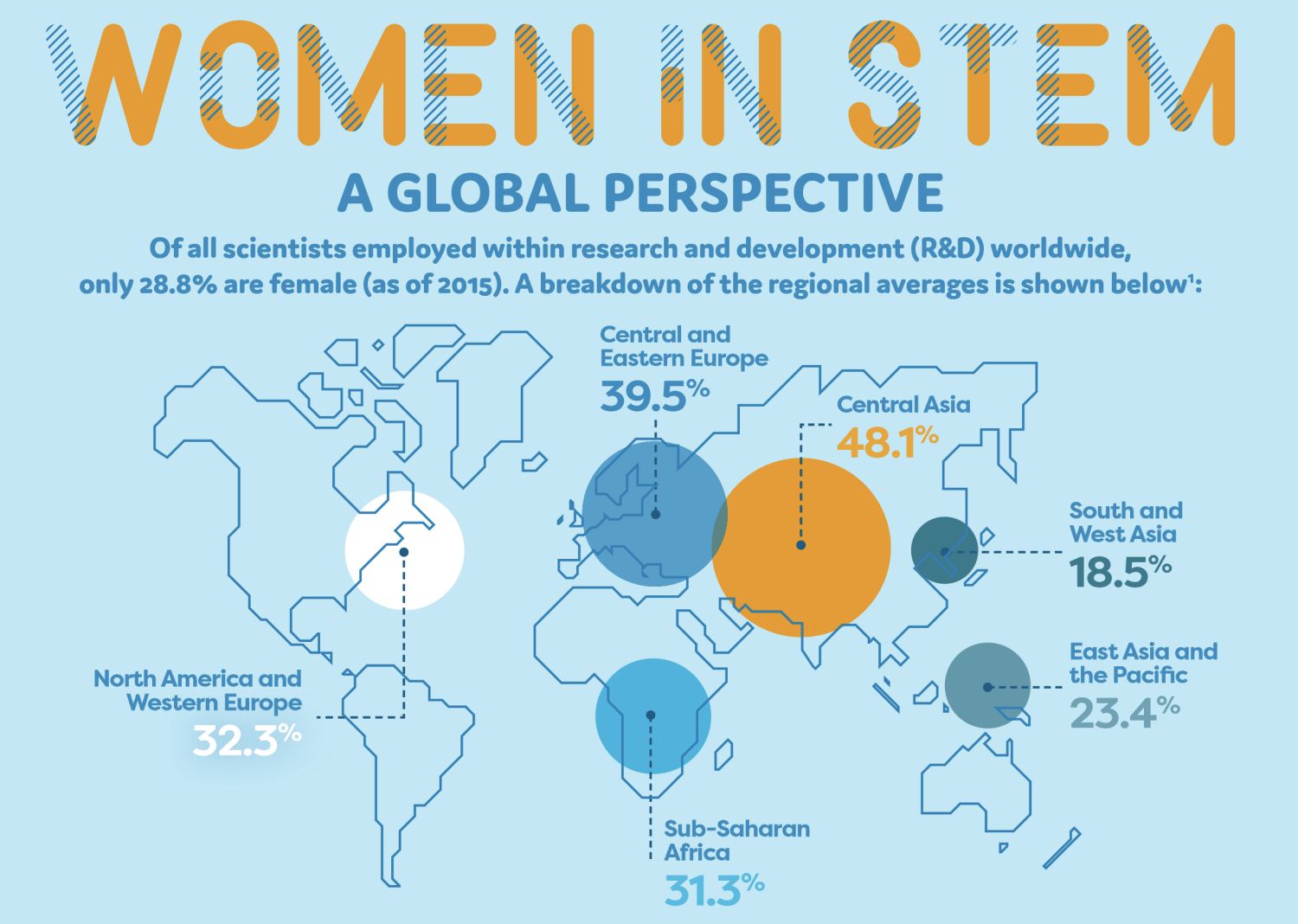 STEM fields are male-dominated with all continents having <50% Women partake in STEM research and development. (Image Source: Technology Networks)

The now-retracted article published by Nature Communications concluded that female mentorship was inferior, specifically for junior female scientists. Although I recognize my privilege as a male, it goes without saying that the female STEM mentors in my life have successfully allowed me to develop an interest in science and pursue it in my post-secondary education.

I would like to recognize my high school science teacher, who I, fortunately, got to have as a teacher for most of my years in high school. She would always shed light on the important achievements made by women in STEM and places where they were robbed of their achievements. I vividly recall one of her lectures highlighting the important contributions of Rosalind Franklin to the molecular structure of the DNA double helix and the sexism surrounding the discovery. Teaching the disappointing reality of gender inequality in STEM is an essential component of the science curriculum since it not only acknowledges the female scientists who were left unrecognized for their achievements but also allows aspiring STEM students to reevaluate and correct their persisting biases.