“How OCD are you? Take this test to find out!” Accompanied by an image of a mild imperfection in an otherwise immaculate array, the words taunt me, reducing years of internal turmoil to a single unaligned pencil. I click past the ad — yet another unsolicited quiz from a precarious “.net” site — and brush off the discomfort it caused me. Still, a blot of unease lingers in my mind, only spreading as similar instances of ignorance arise in my day to day. 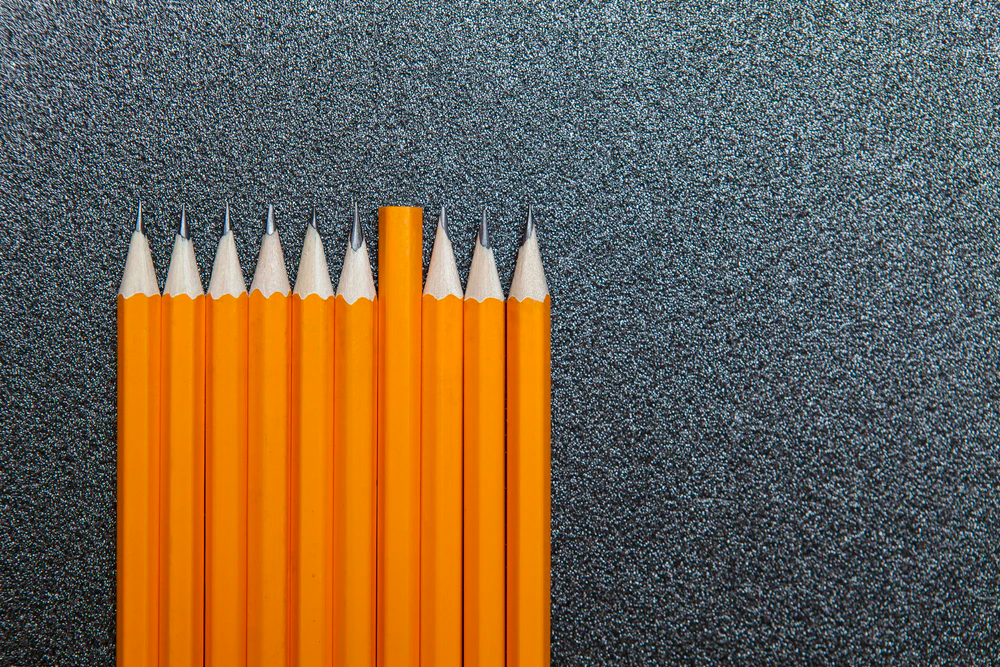 It soon begins to seem like everyone has OCD… or “is OCD,” at least. Teachers, friends and peers wear the label like a badge, a token of their unwavering perfectionism: “Could you straighten your desk just a bit? Sorry, I’m just so OCD — I have to make sure everything’s perfect.” On the other end of the spectrum, those who haven’t been endowed with such inclinations rue their lack of this special “trait” — from its organizational benefits to its cutesy eccentricities, the loss is well-lamented:  “Ugh… sometimes I just wish I was OCD. My room is a mess.” Upon hearing that I have suffered from the illness, many appear to be struck by a divine realization: “No wonder you’re so organized! That explains so much.” To that, I say: Yes, it does explain “so much.” But not in the way one may think.

When most people hear the word “OCD,” rarely does its full title cross anyone’s mind: Obsessive-Compulsive Disorder. Characterized by recurring intrusive thoughts that trigger ritualistic behaviors, OCD’s effects are compounded by self-destructive cycles, leaving sufferers torn between their understanding of its irrationality and their inability to break away from it. OCD is an alienating condition, often distancing the afflicted from the people and things they love most by convincing them that they are undeserving of what brings them joy. Rather, the afflicted are consigned to the mercy of compulsions, which veil long-term repercussions with temporary relief.

Through engaging recurrently with compulsions, the sufferer becomes increasingly reliant on established rituals, feeding into a cycle that can only be broken by resisting such behavior. But to resist compulsions would be to scorn what brings you relief — even if dosages become less potent with frequent use — and rewire your relationship with the disorder. Rather than being regarded with the same gravity as other disorders, OCD has been reduced to a catch-all adjective, a lazy substitute for “fastidious” or “organized.” And while casual references and watered-down portrayals may seem harmless, they uphold and perpetuate damaging stereotypes about a debilitating disorder that often prevent afflicted individuals from seeking treatment. 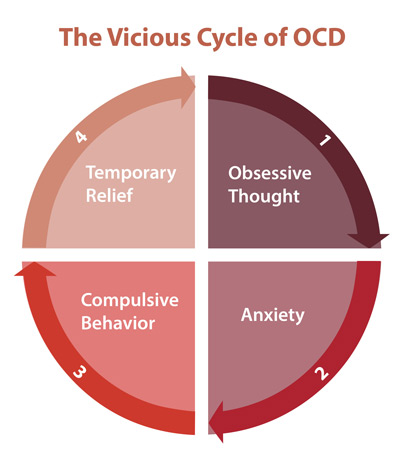 While compulsions may present themselves as an “effective” avenue for managing anxiety, they feed into obsessive thinking and reinforce the cyclical nature of OCD. (Image Source: Helpguide.org)

I was around ten years old when I first began exhibiting signs of OCD in my behavior. What began as an urge to tell someone — anyone — whenever an intrusive thought crossed my mind, turned into grossly overcompensating for seemingly “wrong” actions; when I wasn’t correcting my perceived deviance from physical and mental purity, I’d compulsively seek the reassurance of others, recounting my alleged wrongdoings in painstaking (and painfully self-critical) detail. I was convinced that if the worst-case-scenario depiction was deemed inconsequential by others, I could rest easy with the knowledge of my own moral uprightness. But with every fulfillment of compulsions came a new wave of obsessions, as I questioned the validity of the reassurance I received, and again assured myself that further analysis would set the situation straight. And while my compulsions were relatively visible early on, my habits were written off as quirks and baseless anxieties — things I would eventually “grow out of.”

Despite the extreme internal turmoil which these behaviors implicated, my affliction was perceived by both myself and others as transient. Deprived of any genuine understanding of OCD, those closest to me were left to question my actions from a place of unawareness, as I waded through the self-doubt fostered by this lack of knowledge. Stemming from an absence of widespread social awareness, the bewilderment of those around me was no fault of their own; still, I couldn’t help but feel that I existed in a vacuum, receding further and further into the throes of my unfathomable mind. When my OCD later presented itself as an extreme fear of germs, I was extricated from feelings of isolation by the visibility of my symptoms — symptoms which prompted my family to truly consider if something was wrong.

As I scrubbed my hands to the point of skin-breakage on a daily basis and refrained from the unnecessary touching of objects, high-touch surfaces, and other hands, it was no secret that I was grappling with germaphobic tendencies. Underneath the excessive hand-washing, sanitizing and WebMDing, however, a whole drove of obsessions took root in my mind, boxed away in an attempt to dispel them from my conscience. And it wasn’t until a close family friend took the initiative to address my Contamination OCD that I came to learn more about the mental behaviors that accompanied it, which were often far more debilitating than my physical compulsions. The day she introduced me to the IOCDF (International OCD Foundation) website was the day I came to know my disorder — and realize that I wasn’t alone in my thoughts and behavior.

Scrolling through the various subtypes and corresponding symptoms for the very first time, I felt more understood in my struggles than ever before. Still, a nagging sense of confusion and disbelief loomed overhead. How was it that I had always regarded OCD as a mere tendency towards perfection and cleanliness, rather than a significant disorder? Why was it that the only times I had seen OCD depicted, it had been made out to be eccentric and endearing? These questions stayed with me into the following days, only being answered as I became increasingly aware of general attitudes towards OCD. Light references to the disorder circulated me mockingly, and the memory of a previously-forgotten song parodying OCD began to play an unrelenting loop in my mind: “I gotta make things right. Make things the way it’s supposed to be — it’s my OCD.” The viral YouTube video that had entertained me years ago now disturbed me, its lighthearted tone a jarring reminder of widely held attitudes towards OCD.

While the creators of the video have long since justified their work, claiming that their intent was to parody casual references to the disorder (rather than the condition itself), the concept of satire had never once crossed my mind — and it likely wasn’t the first thought of every one of the 54,741,339 people who watched it. When the video was released in 2014, its popularity and humorous tone precluded me from questioning the accuracy of its portrayals. And though the creators’ intent was far from malicious, it still defined OCD for me at an impressionable age. Their justification, which was more well-meaning than unsound, failed to alleviate my distaste for the video and its profound consequences. These contrastingly positive intentions, however, served as a stark reminder that intentions and actions are all too often separated, inducing the same oversight present in every joke, remark, and dismissive reference to OCD.

When people make offhand jokes about OCD,  the intent most likely isn’t to perpetuate stigmas that deter afflicted individuals from treatment. Despite the seemingly harmless nature of these references, the consequences of such behavior are acutely damaging. According to the IOCDF, “[s]tudies find that it takes an average of 14 to 17 years from the time OCD begins for people to obtain appropriate treatment.” This delay could often be traced back to a lack of public awareness for Obsessive-Compulsive Disorder, and sufferers’ inability to identify lesser-known symptoms within themselves. As OCD often targets individuals’ core morality, certain unfamiliar subtypes often present themselves as painfully taboo and shameful, causing people to conceal their symptoms — a self-protective mechanism I know all too well.

Monica Geller in Friends. Emma Pillsbury in Glee. For the former, a laugh-track tempers her ostensibly “unhinged” antics. In the latter, a germaphobe’s tendencies are painted in a cute, “quirky” light. Now, don’t get me wrong: I have watched both shows, and enjoyed them greatly at the time. To me, that seems to be part of the problem. While the danger of Monica’s portrayal lies in the myriad misattributions of her behaviors, that of Emma is more directly detrimental, depicting a confirmed case of OCD in a trivializing manner. Misinformed and deliberately softened portrayals of OCD in the media are both one-dimensional and pared down to its most “acceptable” aspects. They undermine the genuine anguish that it imposes on those afflicted, and mischaracterizes Obsessive-Compulsive Disorder by its second, more recognizable half: compulsions. A wide spectrum of OCD subtypes has been overshadowed by media misrepresentations, often leaving undiagnosed, uninformed sufferers in the dark. 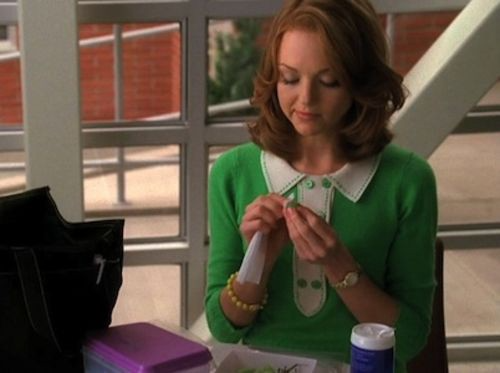 Emma from Glee meticulously polishing her grapes, all the while appearing endearingly eccentric to both characters within the show and viewers enjoying the show (Image Source: Medium.com)

Fortunately, authentic stories from OCD sufferers have recently been brought to light in greater volumes than ever before, marking the first step towards discrediting detrimental stigmas and stereotypes. While I was fortunate enough to be approached and assisted by someone familiar with the disorder, my situation is much more favorable than most. Though I still struggle with my OCD at times, I cannot imagine where I would be today had it not been for the wealth of resources introduced to me. From the IOCDF website, to a memoir I read at the height of my distress, to the resources presented to me by my therapist, my understanding of this disorder has developed considerably due to reliable resources. Had it not been for their accuracy and accessibility, I might still be scouring help forums and internalizing inaccurate information, distorting my understanding of an illness that is already so widely misunderstood.

Unfortunately, many sufferers find themselves dependent on unreliable platforms for answers, often leading to a vicious cycle of misinformation, misunderstanding and misdirection. The only means of breaking this loop is by shedding light on reliable resources, the experiences of the afflicted and outlets for professional help. By sharing stories of acceptance and transcendence, those struggling with OCD may be more likely to come forward about their own experiences, shedding light on the disorder one story at a time. Negligent language and faulty media portrayals shouldn’t govern our perception of OCD — as a debilitating disorder which drastically affects those afflicted, it must be recognized not as a quirk or eccentricity, but a real condition with real consequences.