Re: Invitation to Visit Earth

We would like to thank you for your invitation to visit Earth. We are truly honoured that you have decided to reach out and offer humanity’s finest gifts, ideas, and hospitality.  We loved receiving the Voyager Golden Record, despite the lack of heavy metal music. It is clear that you are eager to meet us. Unfortunately, we will not be taking you up on your offer.

First off, we are concerned that we will not be welcomed by all humans. We would hate to receive comments about how we should “go back to where we came from” after having spent so much time and effort just to reach Earth. Some very curious and malicious scientists might try to study us, even if it means holding us captive. We also suspect some of our kind are stuck in Area 51. Though we do not have enough evidence to confirm that the aliens who went missing a few decades prior have been captured, it is not entirely out of the realm of possibility, given the nature of humans.

Secondly, we are entitled to a sense of security and privacy, which we would like to maintain. In exchange for inviting us to visit Earth, we assume that you would like to know all there is to know about aliens — including where we live. Many aliens are fearful of human behaviour and worry that you will try to colonize our land. Ironically, that is what you humans believe we would do to you, right? With all those books and movies about aliens colonizing your planet, there is no wonder that many humans fear aliens just as aliens fear humans. However, there is no need to fear. To many aliens, Earth is not worth colonizing.

Speaking of our portrayal in books and movies, it seems like aliens have been vastly misrepresented. Assuming that all, or the majority, of us have green skin is kind of discriminatory. We have a variety of skin tones, just like you humans. We come in different shapes and sizes, and speak a variety of languages. Why is it that humans portray aliens as either threatening and mysterious in sci-fi movies or cute and friendly in children’s movies? Please, we are so much more than these human stereotypes.

Still, we do not think humans are all bad. Some of you are intelligent enough to build devices to contact extraterrestrial beings. We genuinely enjoy it when humans come up with conspiracy theories about aliens. One of our popular TV channels runs conspiracy theory videos every Saturday night, and we all have a good laugh over it.

Since we share the same universe, we think it would be beneficial if we learned how to get along. Think of yourself as a college student sharing a dorm room with three other people. Clean up your space junk, and do not go poking in other people’s business if they do not want you to. We do not have to be best friends, but we could be. In the same vein, we do not want to be friends with someone who is toxic and will drag us down with them. The Earth is burning, and we will not come near you unless you put out the flames.

Until you learn to become more open-minded, we will hold off on considering your offer. 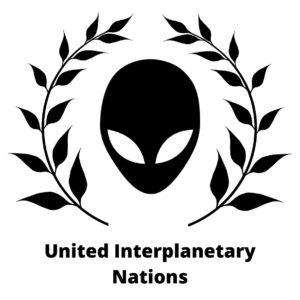