Oh, Canada — a country known for its multiculturalism. Each year, our government welcomes thousands of immigrants, and proudly identifies with the mantra that “diversity is our strength.” From a moral perspective, immigration creates a home for thousands of people worldwide fleeing war, famine, persecution, or just wanting a better life. From an economic perspective, the population growth is necessary to fill up the labour shortages from the retiring baby boom cohort.

Yet even in our country’s most diverse cities, immigrants face severe obstacles after arriving in Canada. As land becomes increasingly scarce and expensive in major urban areas like Toronto, Montreal, and Vancouver, affordable housing is getting harder to come by. Additionally, outdated and discriminatory practices and bylaws make it difficult for immigrants to find housing, start businesses, or integrate economically and socially within the city. The majority of immigrants flock to these major cities, creating an urgent need for increased housing and residential solutions.

With foreign-born residents making up over 21.9% of our population, how did we let these barriers develop? Let’s examine the three factors making housing less accessible for the immigrant: the Canadian housing crisis, the historical segregation of immigrant communities, and the discriminatory legal practices that immigrants face in the residential sector. Which systemic changes will solve these problems? 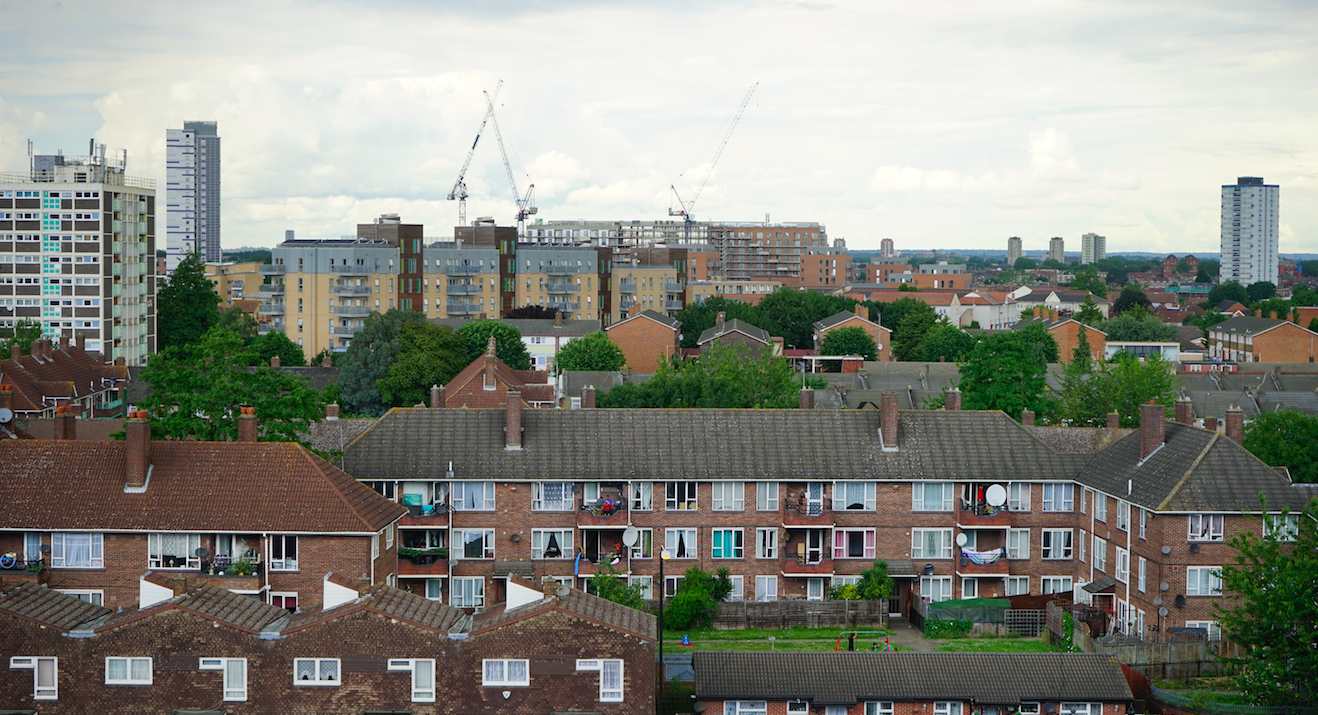 It’s no secret that several Canadian cities face skyrocketing real estate prices and a severe housing shortage. This is a result of high demand and low supply, a low market incentive to develop rental/multi-family homes, and high foreign investment. The Canadian Mortgage and Housing Corporation (CMHC) classifies housing as “affordable” if it costs less than 30% of your income. Still, middle-class Canadians are reportedly spending an average of 43% of their income on housing. Lower-income renters often pay more than half their pre-tax earnings on rent. This forces many to cut back on necessities, like groceries and transportation.

As large cities become increasingly expensive and overpopulated, many Canadians will flock to suburbs and rural areas, increasing the demand for housing there. It creates a vicious cycle, gradually making housing less affordable in both urban and rural neighbourhoods.

Immigration trends and the housing market are deeply interconnected. Higher immigration rates increase the housing demand, which raises prices for new homeowners and tenants. Also, unaffordability has a more significant impact on immigrants than native citizens. Recent immigrants often have a harder time initially finding sustainable, high-paying jobs; and are more likely to be socioeconomically disadvantaged. All this financial stress puts immigrants at a higher risk of struggling with mental and physical health.

As of now, municipal governments have been trying to control rising housing prices with foreign ownership policies and surtaxes, discouraging foreign investment in Canadian real estate. They’ve also eliminated building rent controls to incentivize the construction of rental housing over condos. However, we still face the underlying issue of low housing supply, which isn’t enough to meet the ever-growing demand.

Not only is housing often unaffordable for immigrants, but housing availability can be restrictive due to residential ethnic divisions. A historical factor contributing to this was prejudice and discrimination in urban areas. Immigrants formed ethnic enclaves like Toronto’s Kensington Market or Montreal’s St. Anne’s Ward as an “inner attempt for protection against… outside discriminatory forces.” Enclaves also helped to establish cultural normalcy through maintaining institutions like community centres, churches, and restaurants. 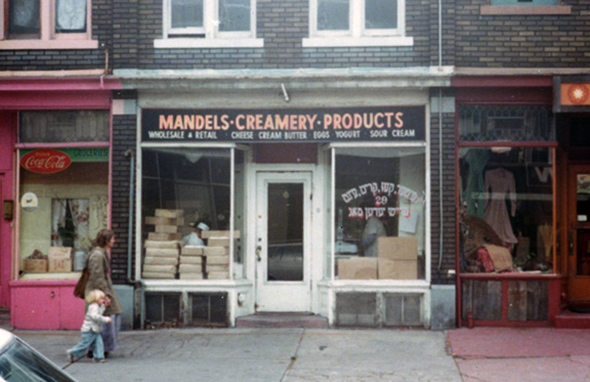 A shopfront in Kensington Market (Image Source: Blog TO)

Faced with outside pressures and a lower social standing, immigrants fled to areas with reduced infrastructure and resources. These enclaves continue to act as safety hubs for minority communities, drawing in ethnically-similar immigrants while pushing out those who are ethnically different. Unfortunately, many of these ethnic enclaves have stagnated economically. A TD Economics Report revealed that Canadian immigrants arriving between 2000-2004 only earned 61 cents for every dollar earned by a Canadian-born.

We still see past segregation in today’s enclaves. Let’s examine the Chinatown in Vancouver, British Columbia, which is characterized by its brightly coloured gates, traditional herbal medicine stores, and lanterns hung across the street. In many ways, these beautiful sights exclusive to Canadian Chinatowns are artifacts of the traumatic past: a time when Chinese-Canadians were assigned to separate schools, deprived of high-paying jobs and the right to vote. Immigrants clustered into these areas to protect themselves from outside harm. 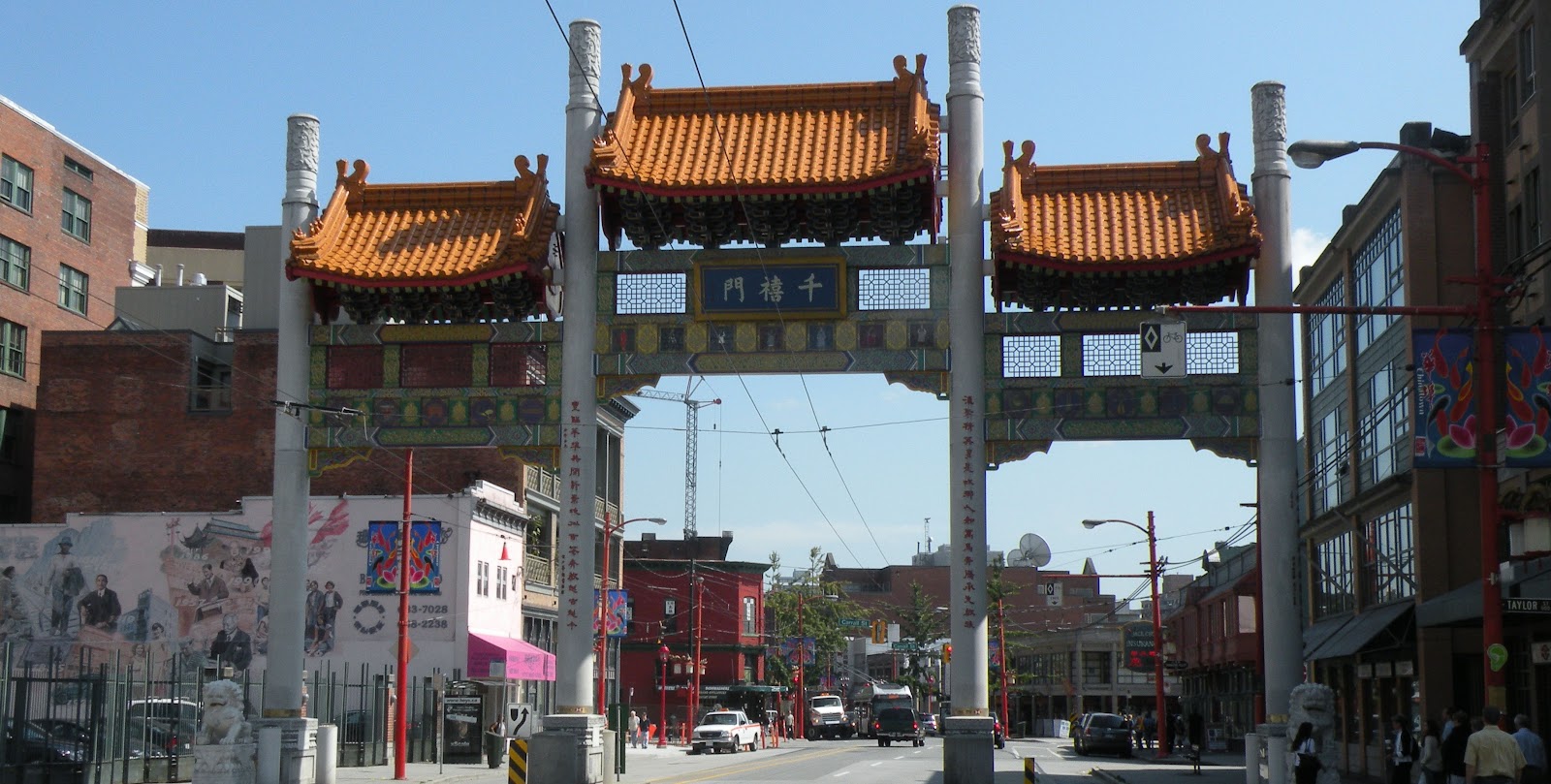 Or take Winnipeg’s historical Jewish North End, from which many migrated to South River Heights or Tuxedo after the Second World War. Filled with synagogues, delis, political associations, and concentrated with Yiddish-speakers — it was an attempt to preserve the Orthodox Jewish culture. It was a place of refuge when nationalist groups spread anti-Semitism in the 1930s and 1940s, and Winnipeggers excluded Jews from vacation spots, restricted them from buying and renting properties and turned them away from university programs.

Finally, there’s Toronto’s Little Portugal, a colourful community that grew with the influx of Portuguese immigrants from the 1950s to the 1970s. This was a community that was severely impacted by gentrification, as the modern renovations and higher property costs within the community erased a significant portion of its Portuguese culture. Wealthier businesses are replacing smaller ethnic entrepreneurs, and many of the original Portuguese residents are being driven out to the suburbs, searching for cheaper housing.

Ethnic enclaves arose from discrimination and fear, and are now impacting the settlement patterns of incoming immigrants. Studies have revealed that real estate agents will steer potential buyers towards neighbourhoods based on their ethnic identity. Even though these enclaves can be a source of familiarity for many immigrants, it can also increase their risks of unemployment, restricting them from the socio-economic environments of the broader population.

The final residential barrier for immigrants comes in two forms of hidden discrimination. First, cities continue to follow outdated zoning bylaws that restrict land use in harmful ways. Secondly, landlords often get away with utilizing discriminatory practices against their tenants.

Zoning bylaws determine the use of land in a community. They vary by municipality and set guidelines on how to use land, where and which buildings to build, and the heights and spatial dimensions of structures and lots. A municipality can legally refuse to issue a building permit for a construction project that doesn’t follow the bylaws. Most cities are divided into land use zones (e.g. commercial or residential). 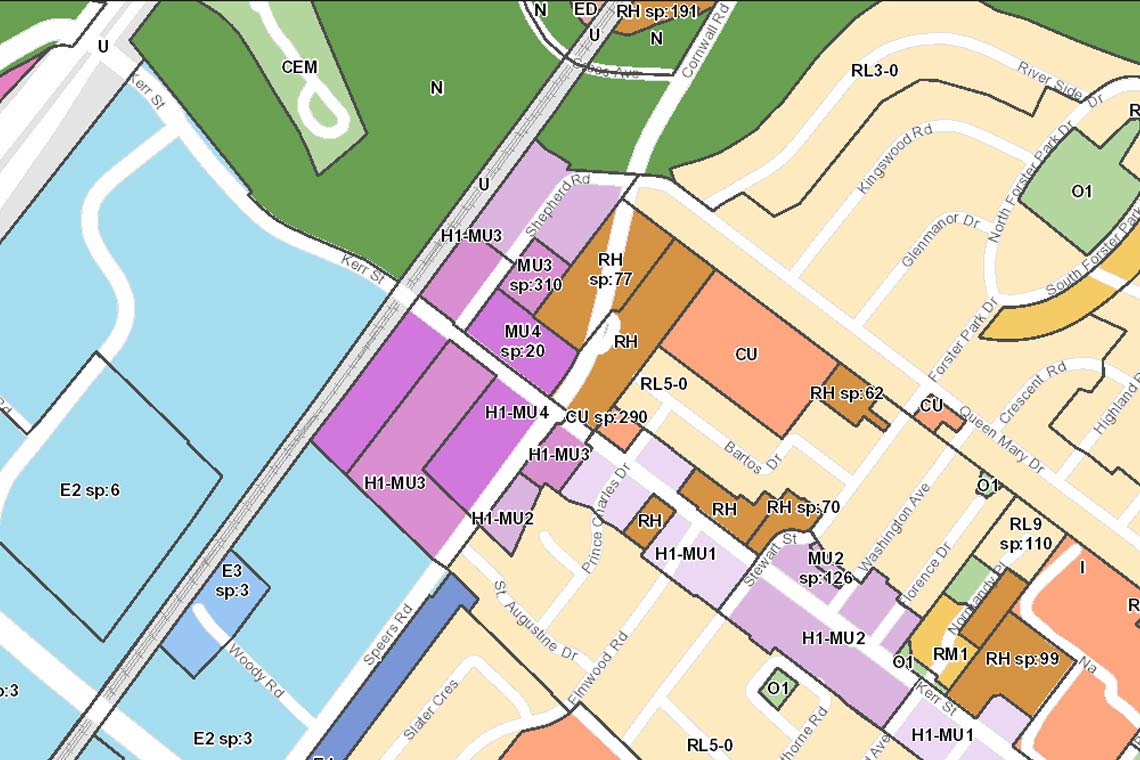 Cities also used bylaws to reduce the influence of ethnic minorities. In Mascouche, Quebec, a suburb near Montreal, a zoning bylaw shut down a Muslim community centre in 2017. The regulations limited land for religious worship, much of which was already occupied by Christian churches. Drawing from the public’s fears about Islam, local politicians were able to restrict the Muslim population’s constitutional right to religious freedom.

These restrictive bylaws are associated with exclusionary zoning — the practice of keeping low-income/ethnic minority groups out of urban areas. 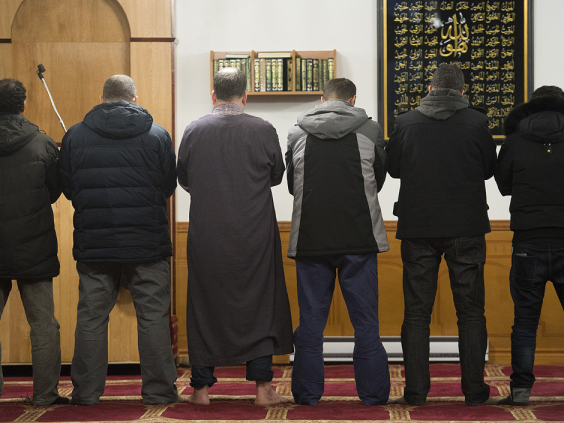 Discrimination in the housing market is most prevalent among darker-skinned immigrant communities. In 2008, a GTA-based non-profit called the Housing Help Centre found that “people of African descent have difficulty finding housing because landlords believe they are criminals…” Black individuals frequently received false or misleading information about rental sites. The Centre of Equality Rights in Accommodation found that single Black parents and South Asians had a one-in-four chance of facing “moderate to severe discrimination” when it came to searching for housing. Even though guidelines in the Planning Act of the Ontario Human Rights Code protect against such discrimination, the housing industry is underregulated.

Even as the outright discriminatory practices of the past have faded, these issues still prevent marginalized groups from fully accessing the benefits of living, working and connecting in major Canadian cities. Marginalized communities aren’t able to get homes in the areas of the city closer to work or school, and suffer as a result. A report published in 2019 revealed that refugees who arrived “were unprepared for the extremely high rents and limited housing choices they would face.”

A FUTURE OF CHANGE

When we discuss the most important careers in our society, the role of the urban planner goes neglected. These individuals prepare and execute land development proposals while working with politicians, developers and special interest groups. They are responsible for balancing the never-ending economic, social and cultural needs of a continuously growing population — making sure limited land is allocated in a just manner. 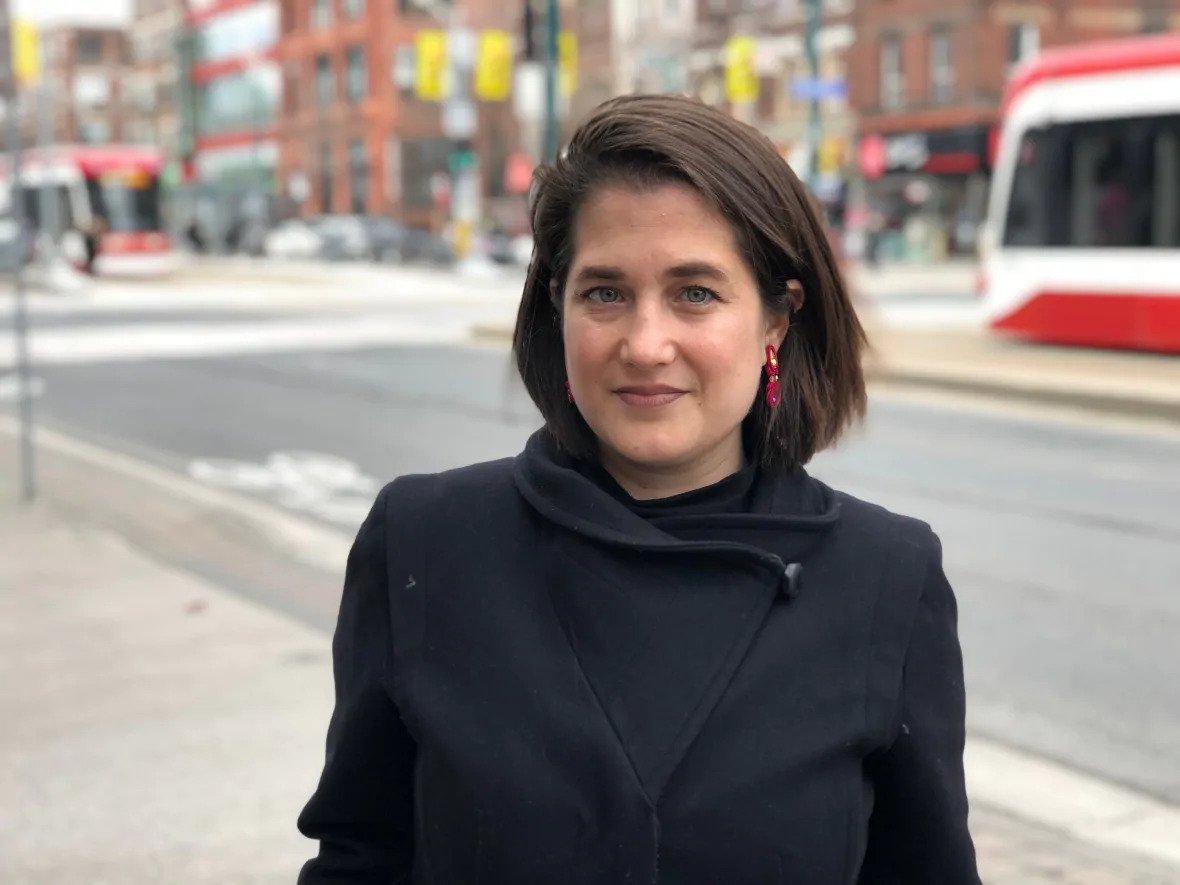 We’ve explored the issues of housing unaffordability, restrictive enclaves, and discriminatory practices and bylaws. So what do we need from our urban planners, local governments, and citizens to fix these barriers? 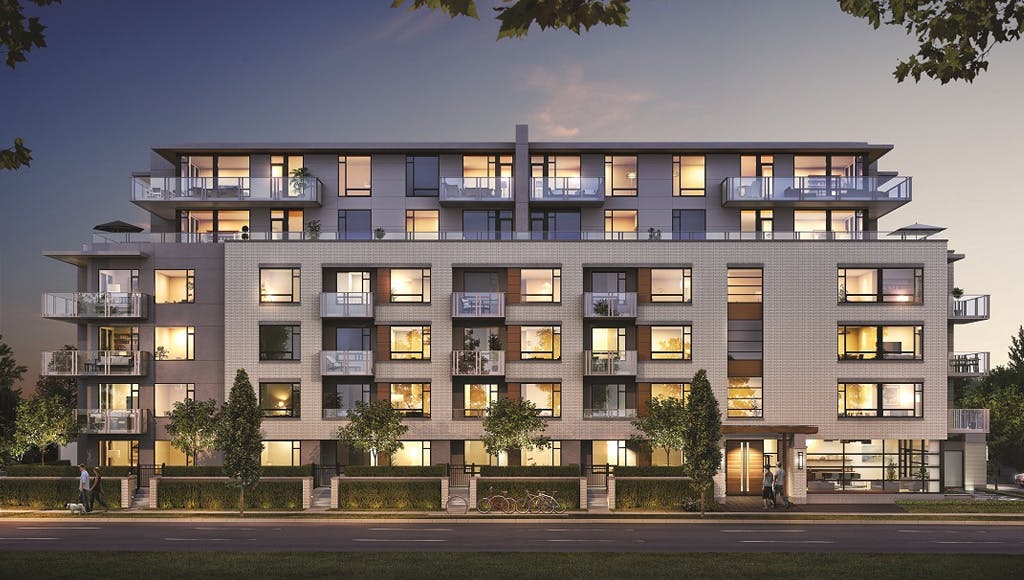 An example of a multi-residential home. (Image Source: Shape Your City Halifax)

The housing crisis is a complex systemic issue — but change is within our reach. We have a chance to make sure that Canada’s communities can encompass the needs of all our immigrants, from sea to shining sea.