To this end, scientists and engineers have started looking to the stars: specifically, the Sun. This star currently generates the power equivalent to 400 septillion watts per second — a trillion times more energy than what we currently use on Earth. We’ve only been able to capture a fraction of that energy through solar power plants.

But what if it was possible to capture all 400 septillion watts this massive star generates? To generate an unthinkable amount of energy without burning a single resource?

This is the goal of the Dyson sphere, a hypothetical megastructure that could solve our energy crisis. In simple terms, this project involves encircling a star with power-generating platforms to fuel a civilization indefinitely.

The Dyson sphere was initially described by science fiction writers, like Olaf Stapledon in the 1937 novel Star Maker or Larry Niven in the novel Ringworld. Inspired by these writers, the first scientist to seriously explore the idea was theoretical physicist and astronomer Freeman J. Dyson. In a 1960 paper titled “Search for Artificial Stellar Sources of Infrared Radiation,” he imagined a structure that could collect nearly 100% of the rays from the Sun and convert it into chemical energy. 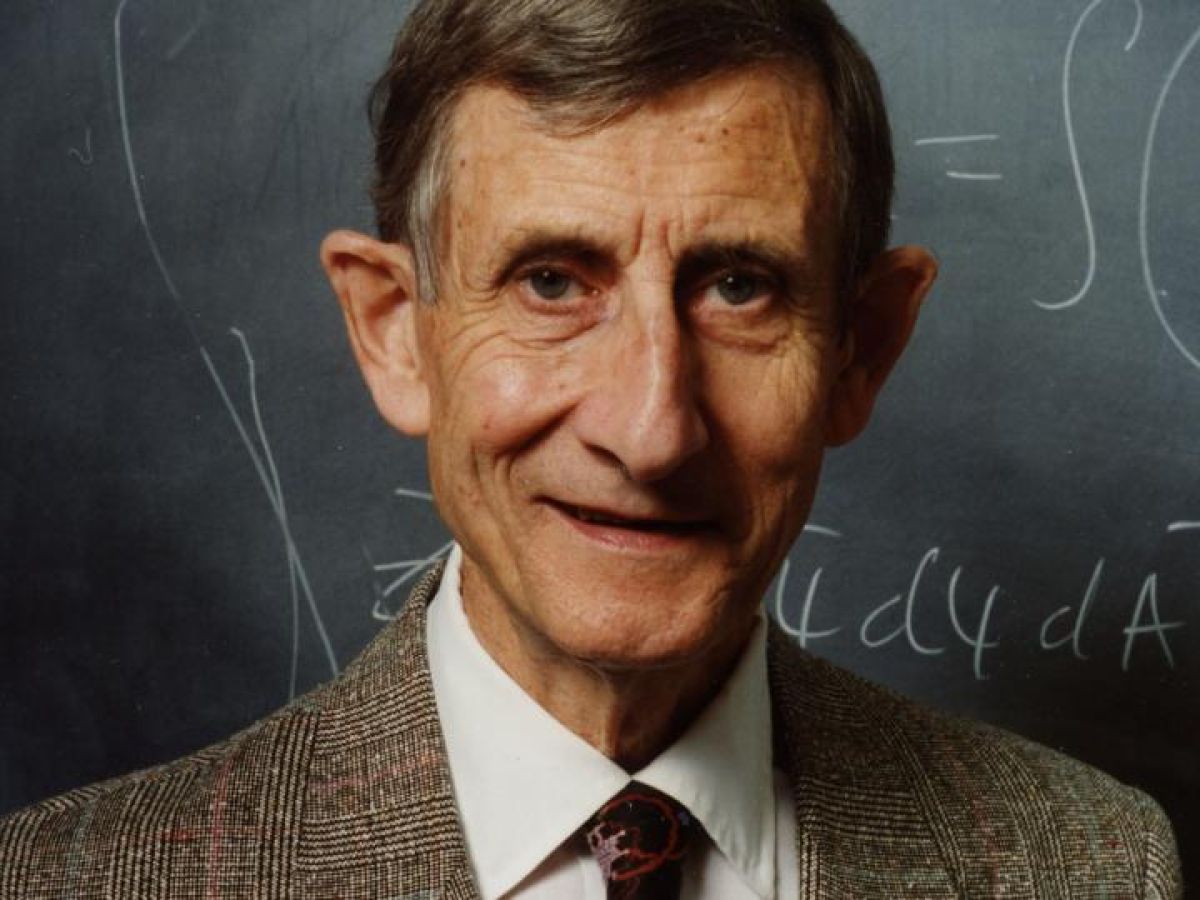 Rather than viewing it as a future energy project for mankind, Dyson believed it was an engineering feat accessible to more advanced alien civilizations. He wrote: “… such structures would be the logical consequence of the long-term survival and escalating energy needs of a technological civilization.” Dyson viewed the sphere as a technosignature — a piece of technology that could reveal the existence of intelligent life in our galaxy. Finding evidence of a Dyson sphere in a nearby solar system could point us towards advanced alien civilizations!

Original drawings of the Dyson sphere were essentially a sphere of metal wrapping around the Sun. However, Dyson himself knew this would be mechanically impossible. A solid sphere would not be able to gravitationally bind to the Sun evenly. If any part of the structure were to be brought closer to the Sun as a result of a collision or damage, the stronger gravitational force in that area would create stress, causing the entire structure to collapse.

An artist’s depiction of the megastructure, with dots representing solar satellites. A Dyson ring (left) would be the initial construction, which would gradually build up to a Dyson sphere (right). (Image Source: earthsky.org)

Thus, he believed that a Dyson sphere would look more like a loose cloud of solar energy satellites independently orbiting around a star. With this design, individual satellites getting pulled closer or further towards the Sun would have little impact on the overall infrastructure. The satellite “swarm” would be able to conceal the Sun, capturing all available solar energy.

In 2015, NASA’s Kepler space observatory mission detected a strange star named KIC 8462852 or Tabby’s Star. The star exhibited large drops in its flux, or thermal emissions: slow fades of light, followed by sudden brightening events. The brightness around the dips of the star also seemed to fluctuate with no infrared emission. Scientists were perplexed by this unusual behaviour. But some grew excited, theorizing that the findings could support the existence of a Dyson sphere — that solar satellites were blocking light and causing fluctuations. Could Tabby’s Star be the evidence of alien civilization we were looking for?

Unfortunately, this theory was later disproved. Newer research suggests that the flux in radiation and lighting is likely due to large clouds of dust particles instead of a cool alien power generator. 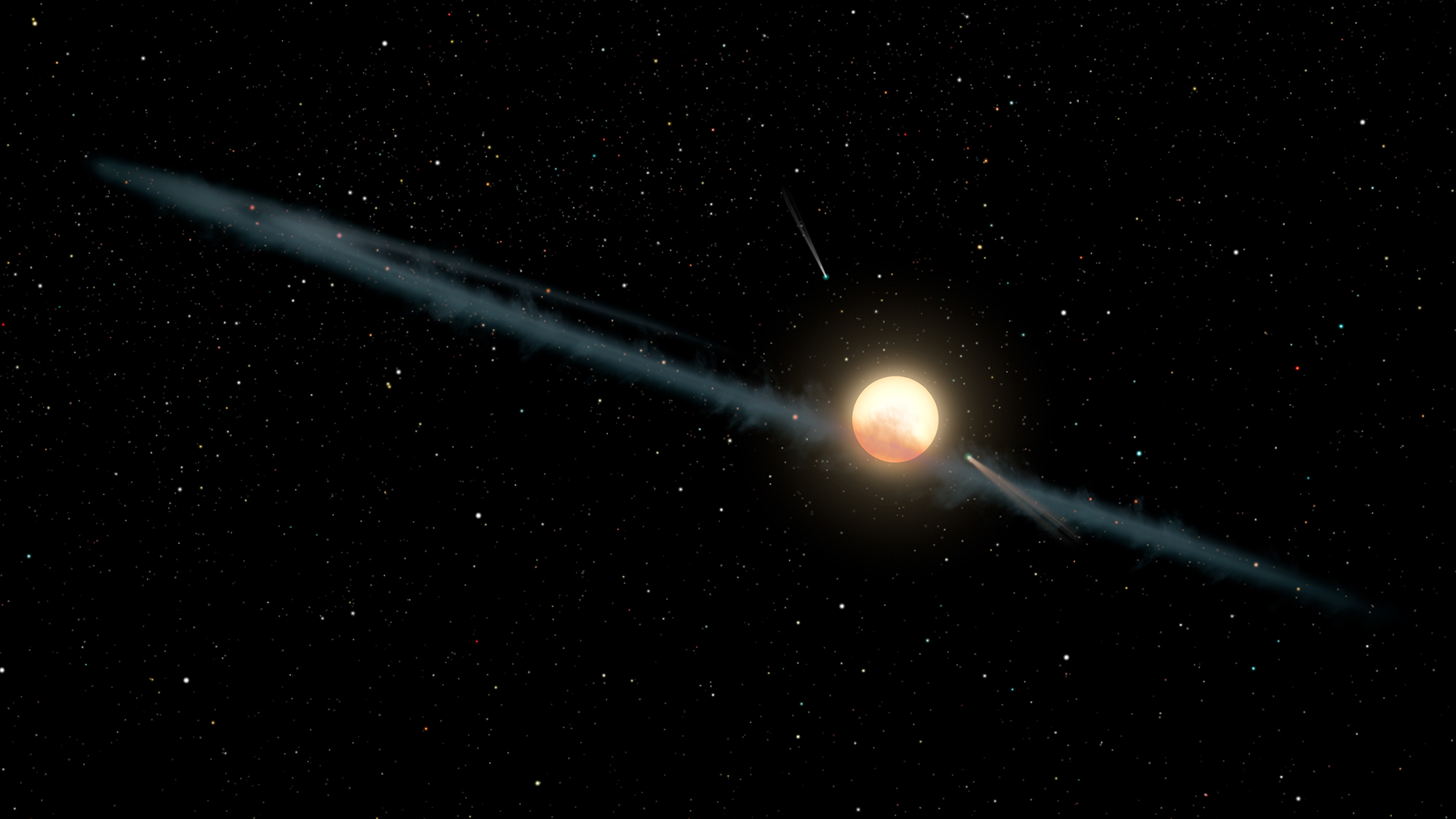 An illustration of Tabby’s Star, with a hypothetical ring of dust. (Image Source: NASA

However, this observation did point to one important Dyson sphere theory. Before the discovery of the star, astronomers in 2013 suggested that if they were to observe a Dyson sphere, the star’s light (as viewed from Earth) would likely be altered, with energy bouncing off and re-radiating from the solar satellites. If astronomers could find evidence of re-radiated star energy, they could potentially find evidence of such a megastructure.

How Could We Make It?

After hearing all about this idea, I’m sure you have one last important question: if we earthlings ever want to access unlimited energy, what are the steps we’d need to bring this masterpiece to life?

If we made satellites that were 1 km squared each in area, we’d need roughly 30 quadrillion satellites to surround the Sun. To create this massive swarm of panels, we’d need an enormous amount of building resources. Interestingly, the easiest way to do this may be to strip mine a small planet like Mercury for its rich iron resources.

Why Mercury? Well, it’s the closest planet to the Sun, making satellite transportation more time-efficient. It’s also a planet with relatively weak surface gravity (a third the gravity of Earth) and basically no atmosphere — perfect for launching giant satellites. 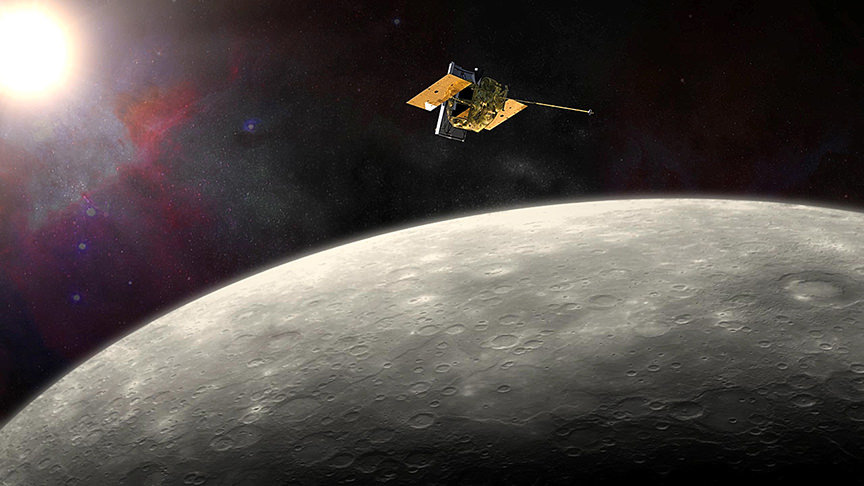 Sorry, little guy. We loved having you around, but it’s time for you to go.

Okay, we’ve devoured Mercury and gotten tons of iron. Now, what should our orbiting solar satellites look like? We’re looking for something that’s not made of too many complex moving parts so that constant repairs wouldn’t be required. We’d prefer to keep it cheap, as we’ll need an exorbitant number to wrap around the Sun. Thus, the best option may be massive metal mirrors. Instead of collecting photons of light like normal solar panels, these mirrors would reflect sunlight down to Mercury, where they’d power an enormous solar plant to generate energy bound for Earth.

Ironically, we’d need a crazy amount of energy to build this massive energy generator! Not only do we need to strip mine an entire planet, but we’d also need to refine our strip-mined metal to make it usable, construct giant mirrors and launch every single mirror towards the Sun. Since Mercury is so close to the Sun, the easiest source of energy would be solar power. We’d have to set up hundreds of solar collector stations on the surface of the planet (operating 24/7 without any manpower) to power our hundreds of refineries, manufacturing plants and launchers.

And voila! Put those three simple steps together and you’ve got yourself a perfect Dyson sphere, set to fuel our planet for another couple billion years.

But even if the Dyson sphere is just a fun engineering thought experiment, it’s a true testament to the blurring line between science and fantasy. In the last few decades alone, humanity has developed life-changing innovations that past civilizations would’ve deemed unthinkable. From self-driving cars, to 3-D printed organs, to tiny smartphones with the world’s knowledge accessible at our fingertips… each day, we get closer to accomplishing the “impossible”. The fact that we’re even considering this crazy megastructure shows how far we’ve come.

So, to the young innovators, engineers, and scientists out there: maybe it’s not too wild to shoot for the stars. At the rate technology is advancing nowadays, the only limit may truly be your imagination.