At the end of March 2020, President Donald Trump referenced the economic consequences of shutting down the country in order to protect civilians from COVID-19 tweeting: “WE CANNOT LET THE CURE BE WORSE THAN THE PROBLEM ITSELF”. A virus that has now claimed the lives of over 200,000 Americans. Texas Lieutenant Governor Dan Patrick supported Trump’s statement while on Fox News, reinstating that the economy must be rescued, even if that meant the public should “take a chance” with their lives to reopen businesses and continue working.

Economies around the world are in trouble. In America, the gross domestic product (GDP) which measures market values and production of goods and services, saw a shrink of 5% within the first quarter of 2020 and was recorded as the largest quarterly rate of decline since the last recession according to The Wall Street Journal. In May 2020, there were 2.1 million unemployment claims filed within one week, breaking its highest record. In total, 40 million unemployment claims were filed within the first four months of the pandemic, or approximately one in every four American workers.

In Canada, GDP shrank at a rate of 38.7% in the first quarter which is recorded to be the worst posting for the economy since 1961 according to Statistics Canada. CTV News reporter Jordan Press mentions “nearly every single component of the economy used to calculate GDP was at its lowest point” in the quarterly stretch. As for unemployment, Canada saw a record-breaking rate of 13.7% whereas if unemployment rates were below 5%, the economy is at full capacity. Canada’s new unemployment rate topped the previous highest rate set back in December of 1982 due to recession-induced mass layoffs. 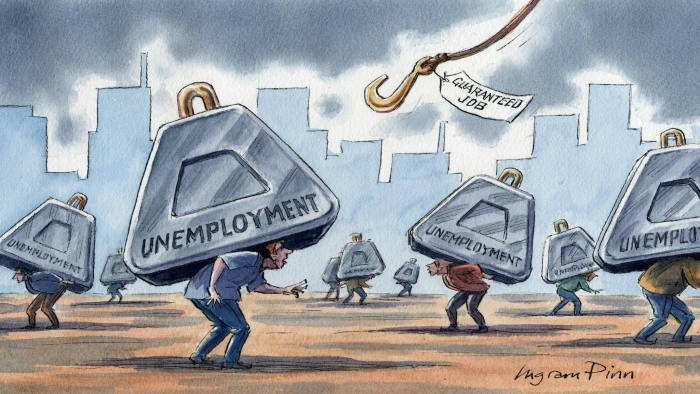 Figure 1 Pinn, Ingram. “Richard Layard: How to save pandemic survivors from the scourge of unemployment”. (Image Source: Financial Times)

The Problem with GDP

Researchers have argued that the hyper-focus on economic growth had been problematic before the beginning of the COVID-19 pandemic. The theory of the degrowth movement which is highlighted further in the article focuses on the reduction of the production of material goods, working hours, and GDP are all part of the overarching goal to reduce carbon emissions. Although COVID-19 has brought the economy to a near-halt, society is being challenged to envision an alternative economy, one that could assist the climate crisis rather than damaging it any further. Because the pandemic has had a substantial effect on individuals’ capacity to work, gain an income, and spend money, it has noticeably decreased carbon emissions by 8% which is three times the yearly emissions amount made by Italy.

Though the reduction of consumption, decreased CO2 emissions, and the fall of the country’s GDP is happening as a side effect of the pandemic, it is not a sustainable or pleasant way to reduce our carbon footprint due to the number of deaths, restrictions, lockdowns, and closing schools. Yet, the pandemic “offers a rare window of opportunity both for quality of life and the habitability of the planet” from a sustainability perspective, says Maurie Cohen, a professor at the New Jersey Institute of Technology. Meaning this could be a moment to strategize how to keep emissions low while reopening and rebuilding a life, leaving the romanticization of GDP growth behind. Similarly, the online platform Open Democracy understands it “as long as our economy is dependent on growth, a recession will be devastating. Instead we need a planned, sustainable, and equitable downscaling of the economy”.

According to Foreign Policy,  GDP has been used to quantify a country’s overall ultimate welfare since World War II, as it signifies the amount and value of goods and services produced in a country. Yet David Pilling the author of The Growth Delusion: Wealth, Poverty, and the Well-Being of Nations debunks this thought in an interview with the Washington Post stating “More stuff doesn’t automatically equate to more well-being or, to put it even more colloquially, more happiness”. Even if GDP’s measures were an indicator of well-being, its accumulative number does not show how goods and services are distributed and how it increases social welfare. As of now, the world’s richest 26 billionaires own as much as the poorest 50%. Additionally, upper-class incomes are seen to be increasing at a much faster rate than middle-class and lower-class incomes. 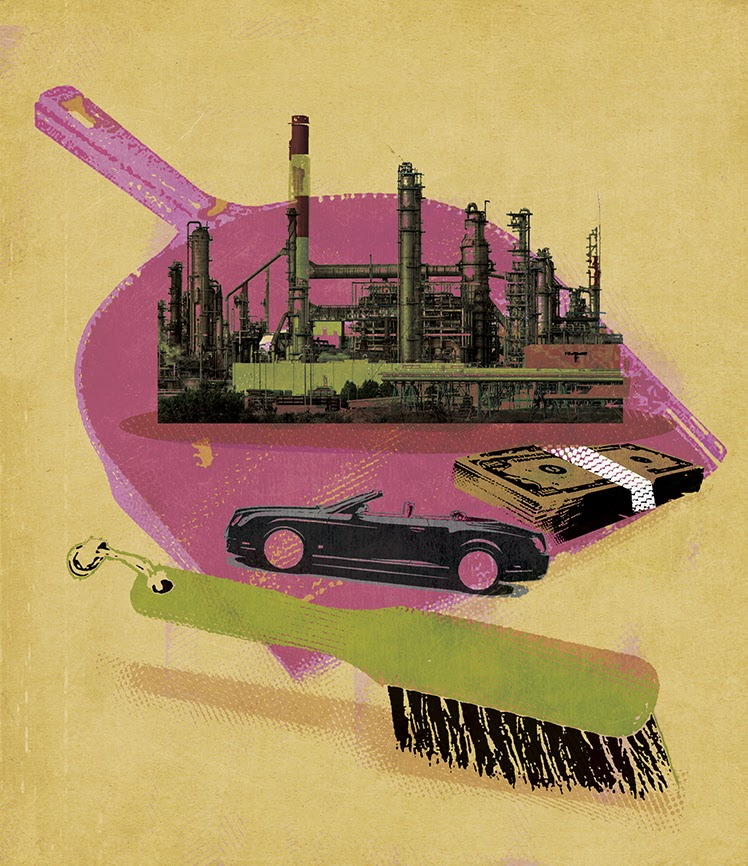 If Not GDP, Then What?

The U.S. and Canada used stimulus packages and the Canadian Emergency Recovery Benefit (CERB) to assist citizens to pay their bills and to encourage economic circulation. Yet, with restaurants, bars, shops, and entertainment facilities being closed or slowing down, what if instead of forcing the economy back together, as a collective within the country we keep particular industries closed? Instead of working full-time, we decided to work less to make less, buy less, and not struggle to raise GDP and market values? Shayla Love from VICE World News explores these “what if’s” in her piece “COVID-19 Broke the Economy. What if We Don’t Fix It?” with the rising theory of degrowth.

Degrowth is a theory that critiques the global capitalist system which focuses and pursues growth at all costs, producing human labour exploitation and environmental devastation. The degrowth movement consists of a group of activists and researchers who advocate for social innovation by prioritizing social and ecological security over corporate profits, overproduction, and overconsumption. According to degrowth.info “degrowth requires radical redistribution and reduction in the material size of the global economy” as well as a shift in shared values towards unity and self-sufficiency. Additionally, degrowth aims to transform societies to focus on environmental justice and overall better quality of life for individuals.

Defined, degrowth is “a political, economic, and social movement with a set of theories that critiques the paradigm of economic growth. Its ideas are based on a variety of political thoughts such as political ecology, ecological economics, feminist political ecology perspectives, and environmental justice”. It is an economic model that looks at increasing the quality of life without increasing consumption rates to lower the rates of production and rates of pollution.

Daniel W. O’Neill, an associate professor in Environmental and Ecological Economics at the University of Leeds explores if modern-day economies perform to the concept of a steady-state economy, which refers to an economy that is structured to balance growth with environmental integrity. O’Neill seeks to see if countries see a relationship between an economy and its social performance by using the social goals of the degrowth movement within a study of 180 countries over a 10-year period. The study revealed the majority of countries in the world are biophysical growth economies, meaning their economies make up a society that uses energy, biological, and physical resources to produce, distribute, consume, and exchange materials and services while generating various types of waste and environmental impacts. 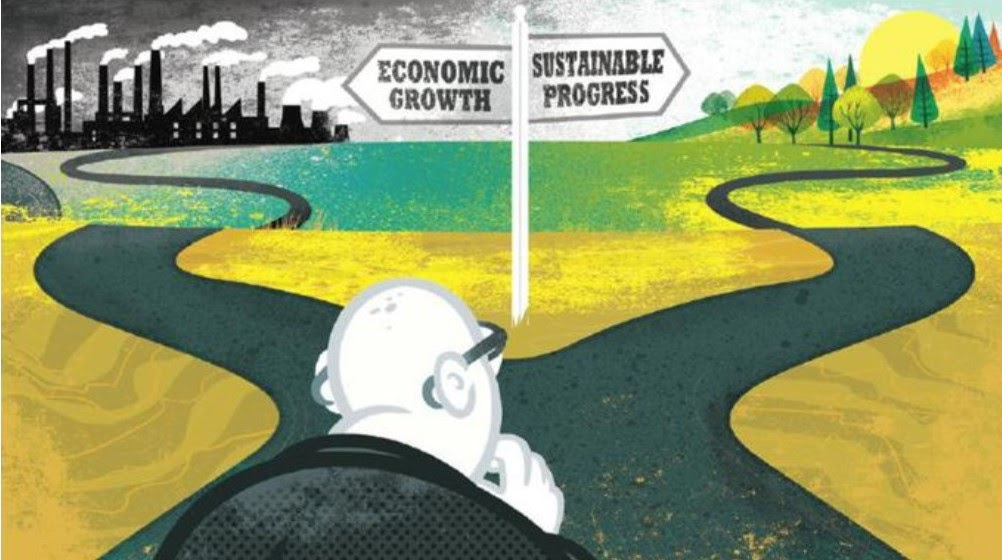 Figure 3 Bower, Conrad. “Can Degrowth Steer Us Towards a Sustainable Future?”. (Image Source: The Meteor)

What Can Degrowth Do?

The pandemic is already forcing countries to rethink what GDP means to them, as China has decided for its first time since they began using GDP in 1990, to not set an annual target this year. Rather, China is prioritizing the nation by attempting to stabilize employment and ensure accurate living standards. As we enter into the biggest global economic crisis since the Great Depression, it becomes revealing how fragile the economy was, to begin with. Laura Basu, a researcher at the Institute for Cultural Inquiry at Utrecht University understands it as what kind of system “means that if we put the brakes on and calm down for a few weeks the whole thing implodes?”.

Jason Hickel, an economic anthropologist at the London School of Economics understands that “there is no relationship between GDP and human well-being,”. The degrowth movement intends to build an economy that focuses on human life over forcing the increase of abstract numbers to ensure a habitable planet and overall well-being.

The degrowth movement is different from a recession as it declines GDP growth and insists on adding social policies to either low- or reduced-incomes such as social services and programs which would ensure basic needs. Additionally, degrowth supports policies like a universal basic income, a shortened workweek, universal healthcare and education, and compensation for less work and production. For example, supporting guaranteed employment in a federal secure job where minimum wage workers are in green energy or infrastructure rather than overproducing goods that increase CO2 emissions. Too, reevaluating debt cancellation to assist and relieve individuals from overworking to pay off their debts and student loans. Degrowth also appeals for additional progressive taxation rates to evenly distribute accumulated wealth. Strong policies like these allow individuals to work less and receive a smaller income without a substantial shock to their quality of life.

Hickel also reinstates that degrowth is not focused on randomly degrowing the whole economy, but rather it works to grow certain critical sectors and degrowing destructive sectors. “We need sectors to grow that are important for human welfare while scaling down unnecessary sectors” Hickel Notes. Such sectors include “the arms industry, the SUV industry, the McMansion industry, the single-use plastic industry, things like that” He adds. This approach has already been recognized in Canada as it intends to ban all single-use plastics by 2021, which is a similar model passed in legislation in the European Union.

Julia Steinberger, a professor of ecological economics at the University of Leeds, stresses climate activism is important to make individual actions, although it is up to governments, policies, and industries to make the massive change. The Center for Economic and Policy Research found in a report that “by reducing working hours in the U.S. to those normal in western Europe, energy use would decline by 20%”. Though an individual cannot cut their working hours on their own and choose to live in a post-growth economy, they currently do not have the systematic support required to do so. 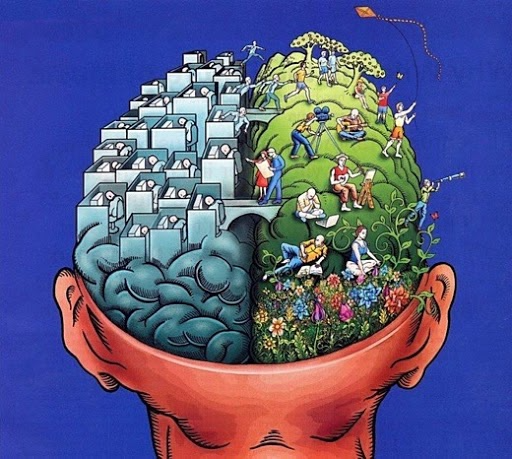 Steinberger also recalls that it may feel wrong to not attempt to grow the economy back to its initial state and push for even more growth, only if individuals do not recognize its tactics that have been used to fail us, as economic growth was only benefiting a limited number of people. For example, CEOs incomes increased by 18% between 2017-2018 in Canada, while the average worker’s income rose only by 2.6 percent and productivity rose by 9.8%. The average top Canadian CEOs accumulated 9 million dollars in 2018 compared to the average Canadian income of $52,000. 79% of the average Canadian CEO’s income comes from company stock prices, stock bonuses, and stock options. These options are guarantees which are exchanged in shares of the company then distributed at an advance price. As a result, “wealth continues to concentrate at the very top while average incomes barely keep up with inflation” says author David Macdonald.

In conclusion, what good is economic growth and who is it benefiting? What is the reason for workers to risk their health, well-being, and climate initiatives when there is a real alternative solution to tackle work burnout, overproduction, and the climate crisis? The Covid-19 pandemic has highlighted what isn’t working in today’s society, and the degrowth movement is an alternative answer to effectively organize the welfare of people rather than the welfare of capital and as Hickel explains it, “there’s really no reason that we should be accepting that”.