Australia’s Great Barrier Reef was met with an obituary last October. The shocking article (headlined as an obituary) was written by Outside Magazine, and the moment it got published, social media went into a frenzy. Posts like CNN wrote articles claiming the reef wasn’t dead. At least, not yet. Scientists wrote back, saying not to give up hope, but there was too much confusion to be sure.

I had read the Outside article not so long ago, and truly, I believed it. Not because I saw some undeniable facts in that specific article, but because it wasn’t so hard to believe. It’s not so implausible that the Great Barrier Reef is, in fact, dying. I did some research into the complex history of this fated great reef, with startling results.

As the world’s largest coral reef, spanning 300, 000 kilometers, the Great Barrier Reef is also home to the world’s largest reef ecosystem. It’s around 500, 000 years old. In geological time, it’s considerably young for a coral reef, but to us, it’s ancient. Composed of thousands of individual reefs, the Great Barrier Reef, as a whole, can even be seen from space. The oldest coral can be found dead underneath the newer ones. These first coral were seemingly formed by a lowering in sea levels as a result of dramatic environmental changes. Sediment and bits from Australia’s biggest mountain range, the Great Dividing Range, took its place as base for the reef. According to Livescience, this forming occurred during the Last Glacial Maximum. 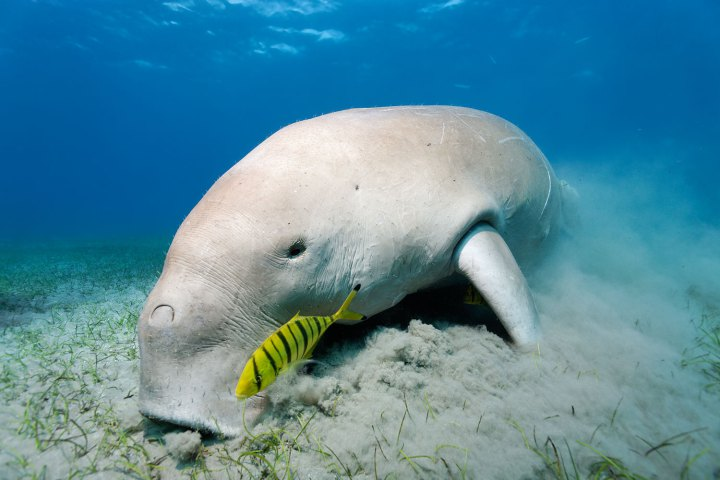 Human interaction with the Great Barrier Reef, as far as we know, began with the Aboriginals who lived near the reef, along with the Torres Strait Islander peoples. They navigated the waters, using the reef for fishing and moving their settlements along the coastline. This happened long before the Europeans came, built their rabbit-proof fence and, of course, colonized.

Louis de Bougainville is the first known European to have sighted the Great Barrier Reef, commanding the French ships L’Etoile and La Boudeuse. The most well known and substantially larger expedition of the Great Barrier Reef was under the command of one James Cook. Captain James Cook recorded his findings as he sailed up the eastern coast, accidentally harming his ship when the party turned north through Whitsunday Passage, scraping a little reef in the process.

The river at which they pushed through after the accident is now called The Endeavour, after the ship. The shore banking the river is, naturally, called Cooktown. From 1972 to 1820, many more explorers and captains sailed to the Great Barrier Reef, some trying to find a faster route to Asia and others trying to properly chart the massive reef.

Overfishing, pollution, shipping and climate change have ravaged the huge ecosystem. Pollution and pesticides such as lead and even the poison arsenic have been released into the waters, including sediment runoff carrying equally as toxic chemicals. The worsening water quality (caused by the various types of pollution) have created a breeding ground for the detrimental species of starfish called the crown of thorns. These breed of starfish can become serious problems for reefs, but the biggest issue today is human-made. 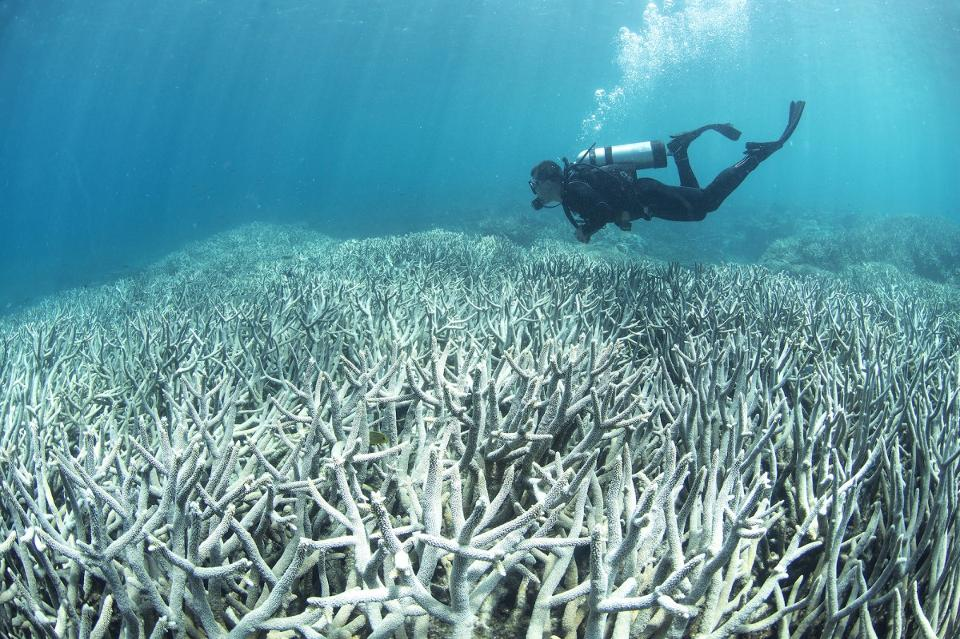 Coral bleaching has become the number one suspect as to why the Great Barrier Reef is dying. Coral bleaching happens when water warms too fast for reefs to catch up and adapt to the hotter temperatures. With climate change heating our earth and spurring erratic weather patterns, coral bleaching has become an annual occurrence. Over the years, the coral have become weaker and more vulnerable to disease. The massive and vast reef communities are now in bigger danger than ever of ecological threats. With the enormity of the Great Barrier Reef, the thousands of habitats and all the marine creatures that depend on the reef, coral bleaching has the ability to change Australia’s economy and ecology.

While the Outsider Magazine is false in the sense that the whole Great Barrier Reef is dead, huge masses of it actually are. I went snorkelling above a reef in Israel, and found the colour dull and the coral looking almost sick. Reefs all around the world are facing the same deadly future, with all the pollution and coral bleaching threatening the reef habitats. The Great Barrier Reef may not be dead yet, but one day it will be. Maybe not in 5 years, maybe not in 10 years, maybe even not in 15 years—but in 20 years it could be. We can’t just wait for something to happen; the Great Barrier Reef is in need now. It’s history is complex and perhaps even over our heads, but it’s future has already been predetermined by us.