When Aldous Huxley published his novel Brave New World in 1932, there were many discoveries in the field of genetics yet to be uncovered. In fact, it wasn’t until 1953, more than 20 years later, that scientists were able to ascertain the structure of our DNA. Even though this novel was published almost a century ago, it remains a classic that is still commonly taught in schools. Brave New World depicts a dystopian future where emotions and individuality are removed by conditioning embryos using specific chemicals and hormones. In the real world, this process can be equated to eugenics, where the genes of organisms are altered to change specific traits and qualities using technology in a process known as genetic engineering.

This prophecy, known as the Huxleyan prophecy, was initially met with negative criticism. As time progressed, some instances of the Huxleyan prophecy did indeed reveal themselves in real life, such as a shift to a society dominated by consumerism and discontent. Soon enough, biotechnology did show significant progress as well. Especially over the past few decades, the introduction and subsequent implementation of novel genetic techniques and technologies have been exceptionally evident. In the mid-20th century, in vitro fertilization came as a solution to infertility and initially faced significant resistance. As the Huxleyan prophecy began unfolding right in front of people’s eyes, and at a rate even faster than predicted by the novel, society’s concern about genetic engineering was ever-growing. 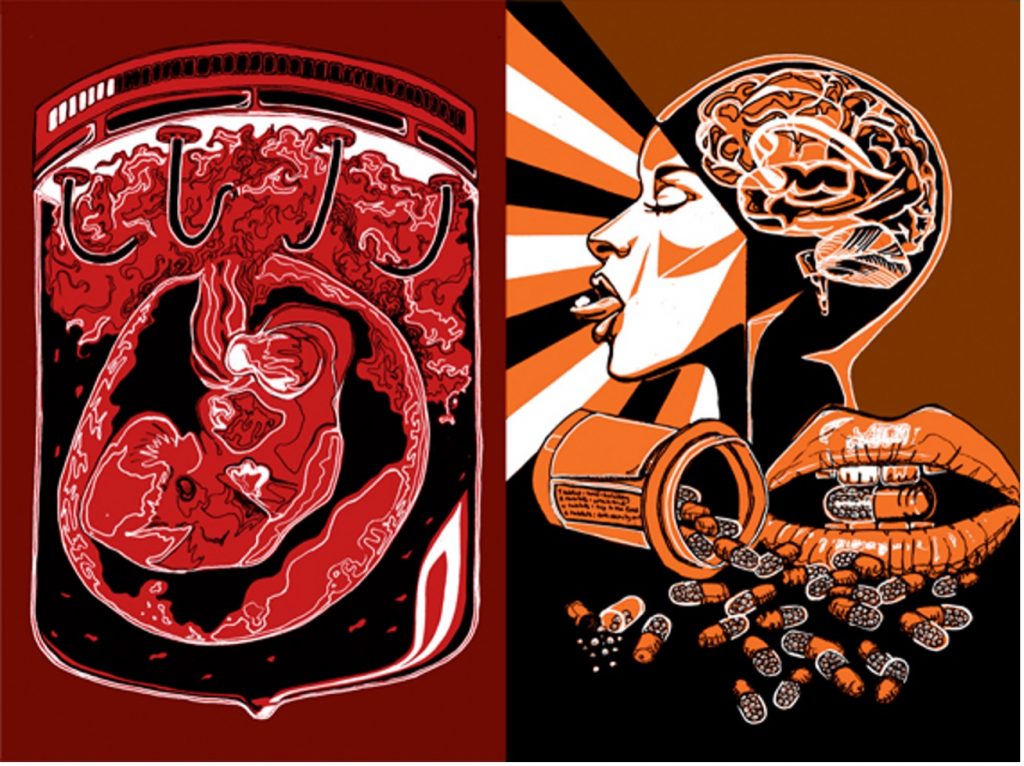 The first breakthrough in biotechnology involving genetic engineering technologies occurred in 1973, when scientists Herbert Boyer and Stanley Cohen created the first genetically engineered organism using the bacterium Escherichia coli. Soon after, technologies such as transcription activator-like effector nucleases and zinc-finger nucleases were introduced. But problems persisted with these technologies; they were extremely expensive, complex to work with and exhibited slow results. Thus, the use of such technologies remains very limited in society.

In the past decade, a genetic technology that has garnered much attention is the CRISPR-Cas9 system, short for clustered regularly interspaced short palindromic repeats and CRISPR associated protein 9, respectively. However, CRISPR, similar to in vitro fertilization, has not succumbed to the opposition and has remained a hot topic in both the scientific community and society in general. In fact, in 2020, Jennifer Doudna and Emmanuelle Charpentier were awarded the Nobel Prize in Chemistry for their groundbreaking work on pioneering CRISPR.

CRISPR is a genome editing technology that enables gene editing in an extensive array of organisms. CRISPR comes as a cheaper, simpler and faster alternative to preexisting genome editing technologies, making it easier to implement for use. Additionally, CRISPR has applications in several multibillion-dollar industries, such as the agriculture, pharmaceutical and clinical industries. Undoubtedly, therefore, CRISPR has sparked interest in many groups.

With this technology showing such great potential, is the Huxleyan prophecy already being fulfilled? The short answer is: not yet. 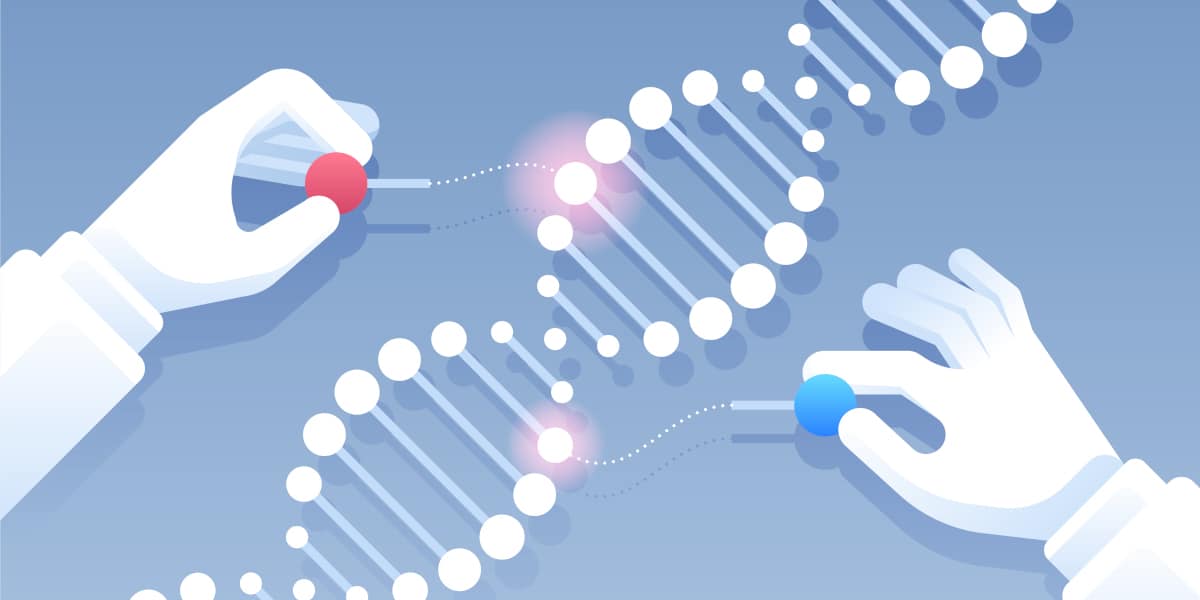 Like many other genetic technologies, the CRISPR-Cas9 system comes with serious implications that merit a thorough examination before its widespread implementation in society. These consist of associated legal, bioethical and environmental concerns.

The legal challenges associated with CRISPR primarily consist of disputes over patent rights, as the use of this system is patented for both industrial and some human clinical purposes. Due to the powerful impact CRISPR can have, it has garnered interest from multiple competing parties; hypothetically, unilateral patenting of the CRISPR-Cas9 system would permit the patent owner to make enormous profits because they would be controlling its distribution and use. In addition, this also poses bioethical concerns, since the patent owner could control how the technology is used. Evidently, patent disputes over CRISPR are common. A notable legal dispute occurred between Jennifer Doudna from UC Berkeley, who, as mentioned earlier, shared the Nobel Prize in Chemistry for her work on CRISPR, and researchers at the Broad Institute of MIT and Harvard. This decade-long battle began in 2012 and only concluded in February of 2022. Surprisingly, Jennifer Doudna lost the patent rights to CRISPR for gene therapy in human cells, which were given to the researchers at the Broad Institute instead.

This presents a vital issue with CRISPR, since it is often difficult to discern who earns the patent rights over opposing parties. These disputes may result in heated legal battles and can go on for years, slowing research progress. Importantly, patents also hinder the quality of the research itself; exclusive rights to specific techniques and technologies in science mean that they are only limited to a small group of researchers. As a result, discoveries and new knowledge on such technologies are also limited due to a narrower group of researchers using them.

The legal issues revolving around genetic technologies often clash with bioethical challenges. On the one hand, if CRISPR were unpatented, researchers globally could implement it in their research, speeding up the progress and insights into its use. However, in the wrong hands, CRISPR can become a dangerous tool and be used for unethical purposes. Since CRISPR allows researchers to manipulate and engineer microorganisms, the creation of pathogenic organisms that could wreak havoc on humans, the environment and wildlife are all real possibilities. This suggests that CRISPR holds the potential to become a potent weapon for biological warfare.

Further, in the medical field, CRISPR is actively researched because it holds the potential to help humans directly by making xenotransplantation a possibility, and enabling gene therapy to cure previously incurable and life-threatening diseases, such as Huntington’s disease and AIDS. Additionally, it also paves the way for eugenics, bringing in even more interest. While there is no doubt that some of these applications could greatly benefit humanity, the use of CRISPR in humans comes with its own set of bioethical concerns. Equitable access to such technologies is a pertinent issue; CRISPR being a patented technology further strains equitable use and drives up the cost for clinical treatments. This means that only a select group of individuals with enough means would have access to such treatments.

Another clinical concern is informed consent. As one of the primary tenets of medical ethics, patients should be fully aware of the treatment before providing consent. The CRISPR-Cas9 system uses a relatively complex mechanism and presents a difficult treatment route to explain. Additionally, because CRISPR can easily manipulate genes in embryos, informed consent in this scenario would be violated entirely if the treatment is being performed for non-health reasons, as the parents or guardians would be responsible for providing the consent rather than the patient on whom the treatment is being performed.

Another large concern associated with CRISPR is its application for eugenics, which was the main concern raised in Huxley’s Brave New World. This application brings up the issue of “designer babies,” that is, the implementation of eugenics to manipulate embryos and change specific characteristics in babies. For instance, characteristics such as a person’s physical appearance and intelligence have a genetic component. The use of CRISPR for eugenics could provide an unfair advantage to certain humans, creating large inequities in many aspects of life, including sports, academia and healthcare, thus fulfilling the Huxleyan prophecy.

Lastly, the use of CRISPR in xenotransplantation, which is the process of transplanting cells, tissues and organs from an animal such as a pig into humans, holds essential value in healthcare mainly due to its potential to reduce wait times for organ transplants. However, this also comes with its own ethical dilemma. Opponents argue that animals hold intrinsic value beyond their utilitarian value to humans and thus reason xenotransplantation to be morally and ethically wrong.

Even if clinicians or researchers do not agree with the bioethical concerns associated with the clinical implementation of CRISPR, it is still too premature a technology because of the related complications and risks. One of the significant concerns for the clinical use of CRISPR is the frequency of DNA damage that can cause cell death. In studies exploring the effectiveness of CRISPR, DNA damage was observed at a frequency of ≥ 50%. Not only that, but ≥ 50% of humans in a study also possessed innate mechanisms that promoted an immune response against CRISPR. In January 2022, the first xenotransplant of a pig’s heart into a human subject using CRISPR-Cas9 manipulation was performed and was deemed a medical breakthrough. Unfortunately, the patient who received the heart died in March 2022, just two months after receiving the heart. While the hospital officials have not disclosed the cause of death, the case warrants further research and optimization before implementing CRISPR-Cas9 for use in humans.

Another industry where CRISPR holds essential value is the agricultural industry where it can be used to manipulate organismal genes to increase crop yields and produce favourable crops. However, this also brings up concerns mainly regarding its effects on the environment and ecosystems. One of the ways researchers can improve crops using CRISPR is by eliminating pest populations. But, eliminating pests can wipe out entire species, as CRISPR-induced changes in the DNA are passed on between generations. Although this might improve crop yield and quality, it can have grave environmental consequences. For example, it could eliminate a food source for other species in the ecosystem and result in a trophic cascade that could disrupt the whole ecosystem balance as well as promote the proliferation of invasive organisms. 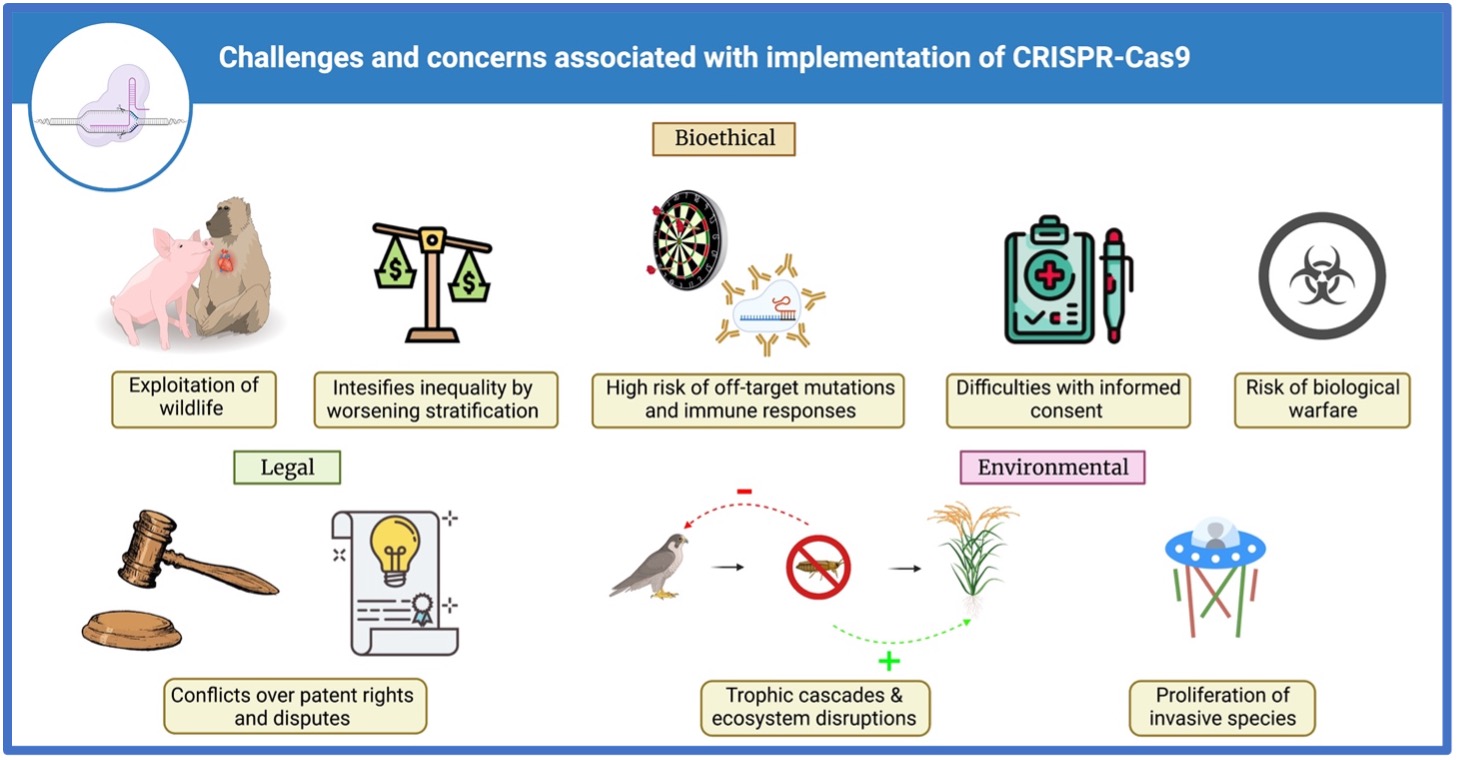 The challenges and concerns associated with the use of CRISPR-Cas9 are broadly divided into three categories: bioethical, legal and environmental. (Graphic created with BioRender.com)

The CRISPR-Cas9 system comes as a powerful tool that could provide considerable benefits in many areas of society, including basic science research, healthcare and agriculture. However, the ease and relative simplicity of the technology and the ability to manipulate organismal genetics raises serious legal, bioethical and environmental concerns. Additionally, the research on CRISPR is still limited and needs further exploration, especially since premature implementation in healthcare and agriculture could cause dire and irreversible changes. One thing is certain: scientists have a long way to go before genetic engineering technology, as predicted by Huxley, is broadly implemented in society.