The air in the House of Commons stood deadly still as a woman in the public seating area stood up and howled at the Liberal government, accusing them of stealing her autistic son’s future from him. It was at this moment, as I stood helplessly as a Page in the chamber, that I realized just how affected the public is by each decision that is made by the government. I realized how powerless I was. I wanted to help that mother, whose shrill voice made the hairs on the back of my neck straighten, but I couldn’t. Only those we elected could. And that evening, it didn’t appear that they had.

My time at Queen’s Park was short and sweet. I served alongside 19 other handpicked, remarkable people from May 2nd-19th, 2016. During my session, I was able to meet Prince Harry as a result of the upcoming Invictus Games, share up-close and personal experiences with ex-Premier Kathleen Wynne as well as each MPP, and make lifelong memories. The memory that will always be the most vivid in my mind will be the night when the Liberal Party voted upon the  bill to cut hundreds of children with autism from the Intensive Behavioural Intervention (IBI) waitlist. 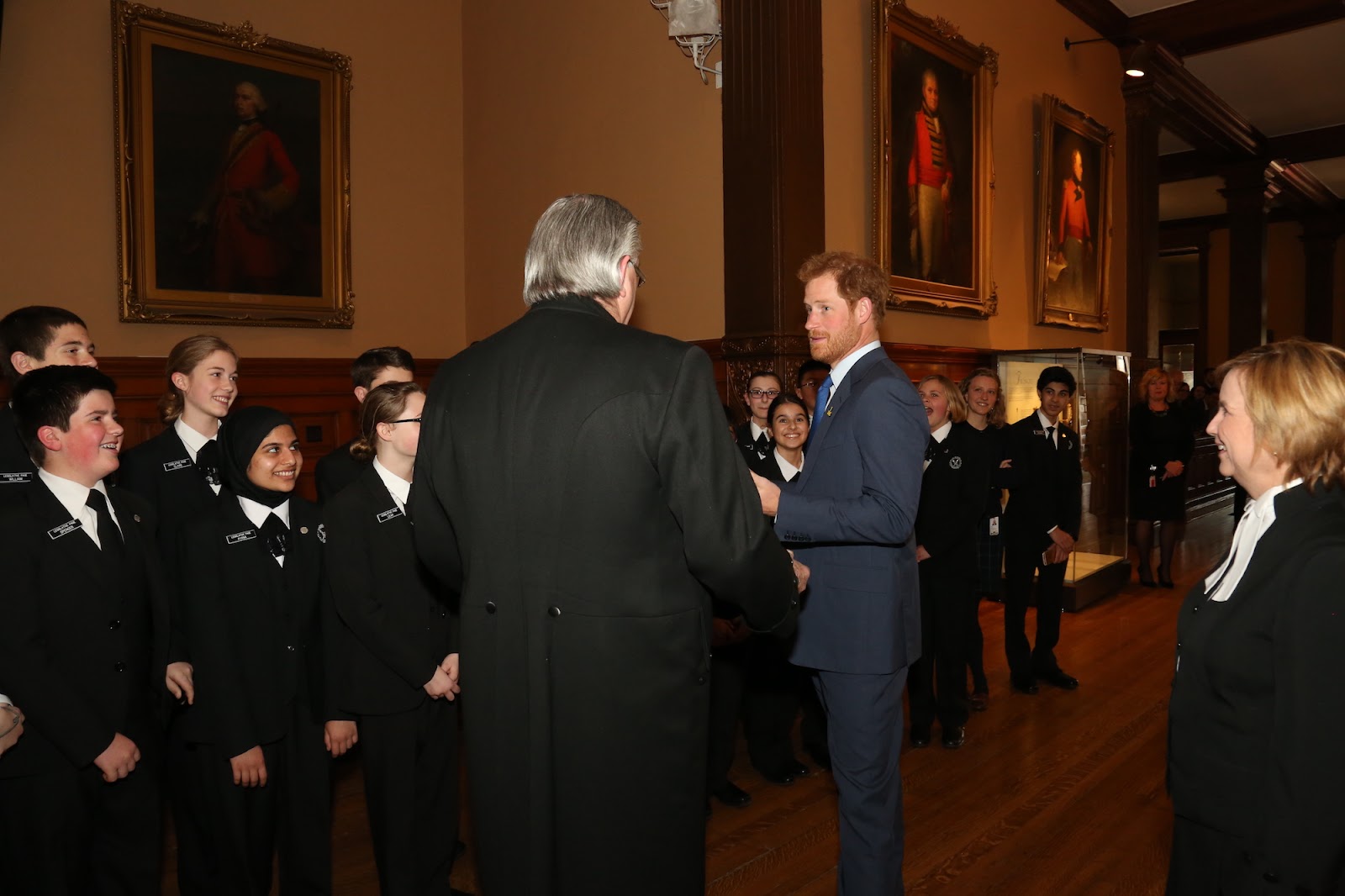 The passage of a bill is a rigorous process. It consists of the first reading, second reading, committee stage, third reading, and then Royal Assent, which is simply the Lieutenant Governor’s signature. Between each stage are thorough edits and amendments to the bill.

The bill in question was related to the new Ontario Autism Program that the Liberals announced in early April of that year. This program was funded by about $333 million dollars, however, it only included children between the ages of 2-4. This meant that children aged 5 and up would be ineligible for government-funded therapy, even if they had already been on the waitlist— which most were. In 2015-2016, there were 2,784 children on the IBI waitlist, and 13,966 on the Applied Behaviour Analysis (ABA) waitlist. The new program combined both ABA and IBI treatments into one enhanced program. The government stated that this would allow 16,000 to have access to essential services.

A couple of days prior to the vote taking place, there was a Question Period in which the issue was raised. Question Period is an opportunity for members of the Royal Opposition (the party with the second most seats, at that time it was the Progressive Conservatives) and members of the third party (party with the third most seats, at that time it was the New Democratic Party) to direct questions towards the leading party (the Liberals at the time). Question Period however, is not a friendly environment. The MPP’s use their questions as siege weaponry towards the targeted party, with their tongues as sharp as daggers. They will heckle, insult and cajole. 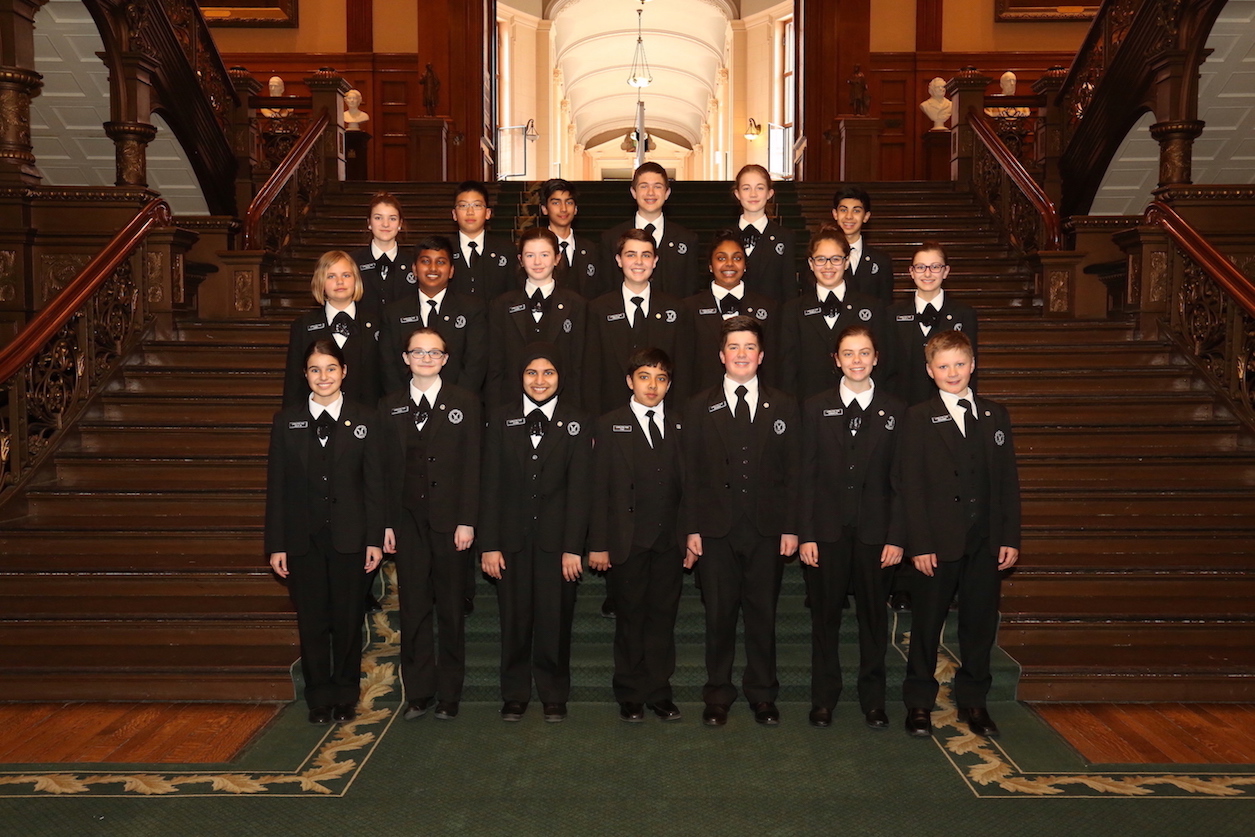 It was near the beginning of this Question Period that a woman in the public viewing areas stood up and began screaming at the Liberal MPPs, specifically at Kathleen Wynne. Her voice cracked with emotion and despair as she begged them to allow her son treatment for his autism. It was at this moment that I knew I wanted to be there— the person in the seat making the decisions. I knew I never wanted to make any parent feel that way, and as naive as it sounds, I knew I wanted to change the world. But at that moment, I couldn’t. I had to just stand there.

After a certain amount of time during Question Period, Monique Taylor,  MPP for the riding of Hamilton, rose from her seat to ask a question for Kathleen Wynne. She stood, with her voice shaking with emotion, and demanded to know why the Liberal party members refused to meet with parents on this issue. “They have been outside Liberal MPP’s offices, they have been blocked by Liberal MPPs on Twitter for simply requesting a meeting”, Taylor said. As she continued her question, voices from the Liberal side of the House arose, yelling “I met with them!” As the chaos continued to rise, the Speaker stood (the rule is that all MPPs must sit when he rises) and after some time passed the noise finally quieted, and Taylor continued her question. She was stopped several times due to the yelling, and numerous MPPs were warned by the Speaker. This meant that they were on his radar, and were at risk of being “named” or thrown out (very rarely did this actually occur). Ex-Premier Wynne responded to Taylor’s question, earning a hearty applause from the Liberal side and strong discontent from the others. 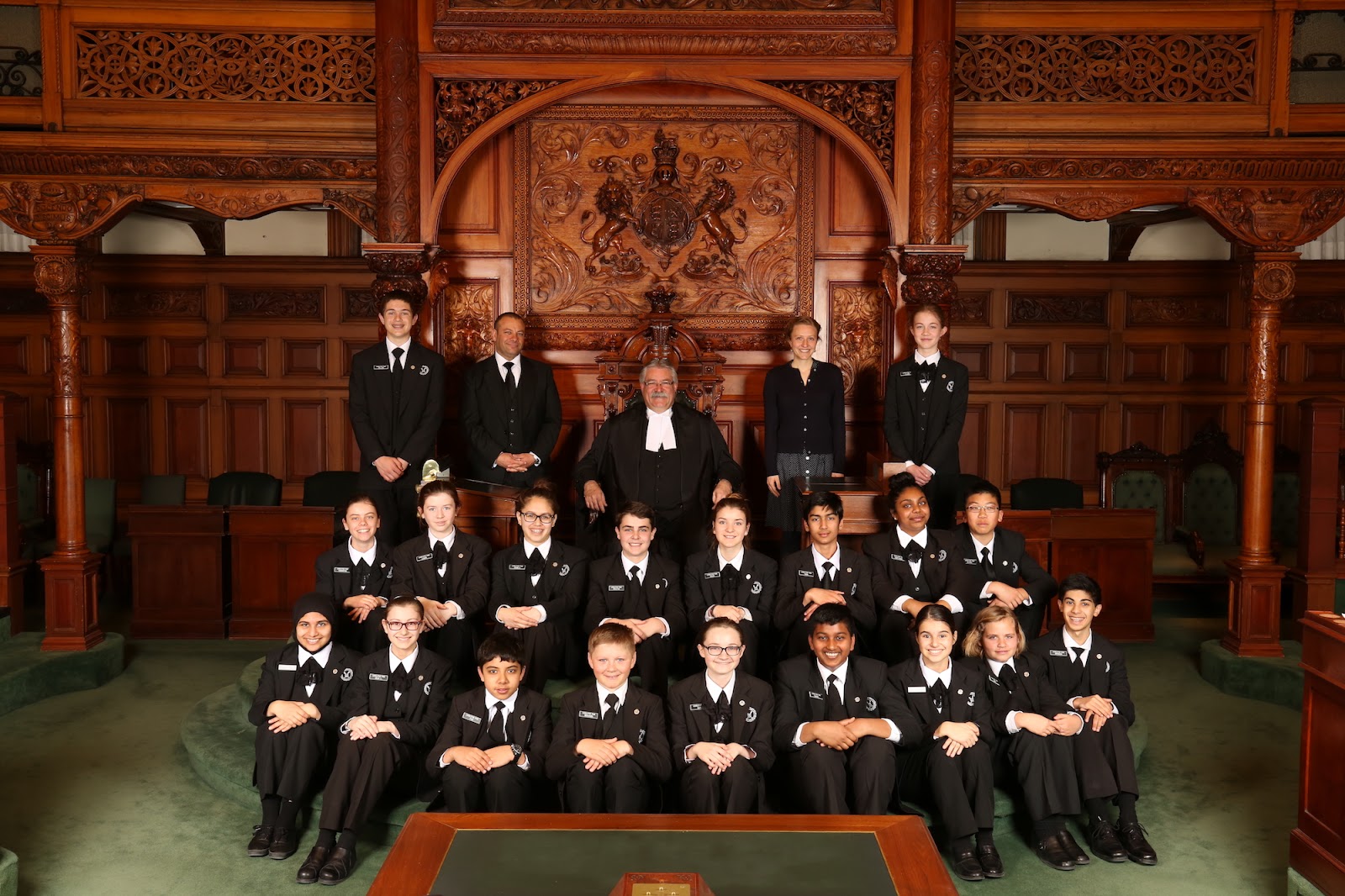 My group on the dias along with Speaker Dave Levac

Taylor stood up once again and fired another question at the Liberal MPP’s. She explained that several school boards shared their worries about the new treatments, which no one had details on. She concluded her question by asking Wynne to “look up at all of the parents that are here today and tell them that she will do the right thing and stop the changes to Autism services.” At this, there was an uproar of cheers and applause by the PCs, NDPs, and crowd of parents that pushed the maximum number of public in the viewing areas. After it became calm again, the now former Liberal Minister of Education Liz Sandals stood and began to reply to Taylor.

Then, before any of my Page colleagues and I even realized, Monique Taylor rose again and began speaking , vehemently expressing her thoughts on the bill. She shook, tears streaming down her face. “You know we need to look at it,” she yelled at the Liberals, “I know all of you believe that this is wrong. Do the right thing!” At this, the Speaker gave her one last warning that if she continued she would be named. However, Taylor did not falter. “This is the wrong thing to do,” she stated. At this, the Speaker announced she had been “named” and was escorted out of the House, with a wave of applause carrying her through the doors.

Other Pages agreed that this was the most difficult moment of our serving; we wanted desperately to show our support for these children, and for Monique Taylor, but we had to remain non-partisan. I will never forget the feeling of the room when she stood up and began yelling at the governing Liberal’s, and the way my heart felt when I heard applause for her attempts as she was escorted out. This is what politicians are supposed to do: standing up for the voices of their constituents, no matter the repercussions.

“Watching Monique Taylor speak was one of the most powerful moments I have ever witnessed,” fellow page Spencer commented. 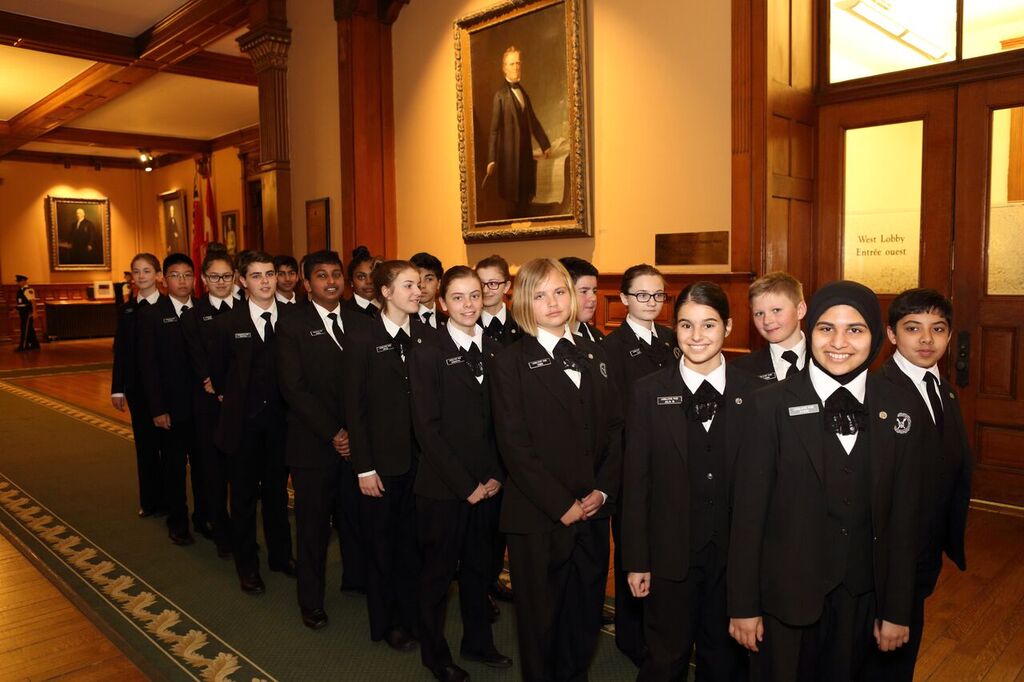 My group lined up outside the House of Commons

We were all informed that there would be a vote that evening, but none of us could have predicted its emotional magnitude. After a long-awaited journey with protests  outside Queen’s Park and heart-wrenching Question Periods, the moment of the vote finally arrived. When I arrived in the House, knowing what was about to happen, I closed my eyes and sent a short prayer to the families of these children, whose lives were about to be changed forever.

At this time, Ontario was governed by a Liberal majority. This meant that Kathleen Wynne’s Liberals (who were enforcing the changes) had more seats in government then the PCs and NDPs combined.

The bells rang, signifying the beginning of the vote. The Speaker rose and acknowledged the PCs and NDPs. He ordered them to respond “Aye” or “Nay” to the changes being made. Then, like clockwork, each member stood in order as they were being called by their title, and gave their vote. It was mesmerizing. I stood next to the Speaker, breathlessly as I watched the members cast their votes. Every single PC and NDP member voted “Nay”.

After the tallying was completed, the Speaker turned to the other side of the room and began the voting process for the Liberals. As each member rose, said “Aye” and sat back down, it felt as though I was getting stabbed in the heart. As fellow Page Emma stated: “I took a moment in the most non-partisan way possible to think of all of the autism warriors in my life, and the pain they would be living in if not for the treatment that was being ripped from them. My heart truly broke for the Province of Ontario.”

The remaining Liberal MPPs voted and then sat down. There was a part of me that begged for some of the Liberals to change their minds, as unlikely as that would’ve been. However, all of the Liberal MPPs voted “Aye”, and that was it— the changes were passed. I, along with every single page, parent and non-Liberal MPP mourned for all of the children ages 5 and up that would be unable to receive government-funded treatment for their autism. 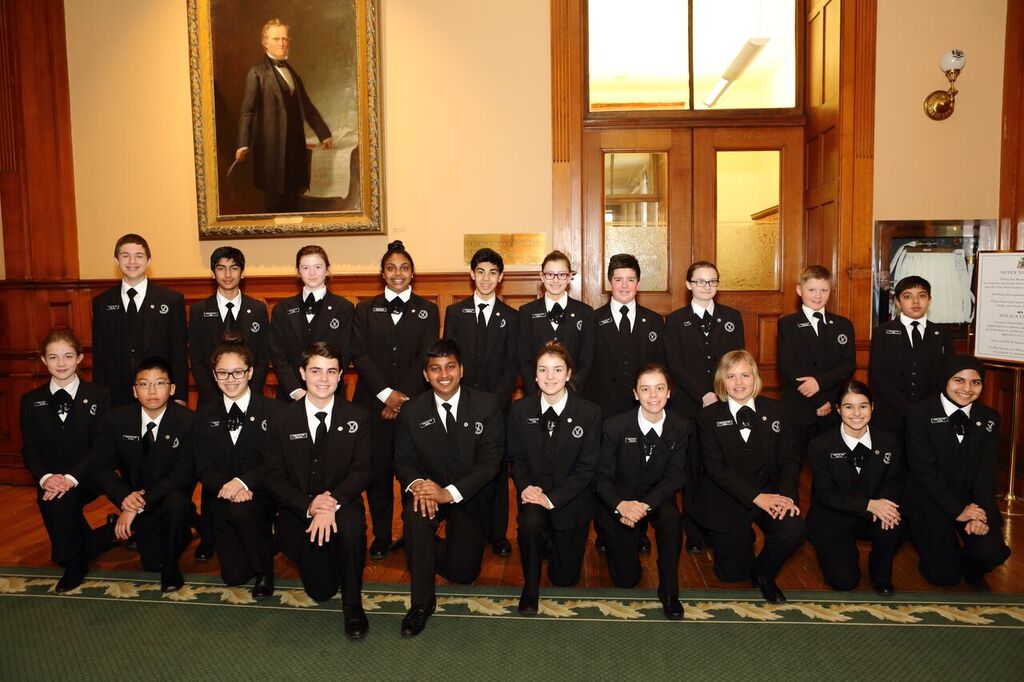 I remember getting into my car that evening and crying as I retold the events to my parents. I thought of the woman who screamed from the viewing stands earlier that week, and all of the protestors who would sleep with heavy hearts that evening. Even though my values tend to align with those of the Liberal party, I could never support what happened in Queen’s Park that day.

I finished my time as a Page about two weeks later. Since then, we have had several reunions and converse daily; the Pages are some of my best friends. 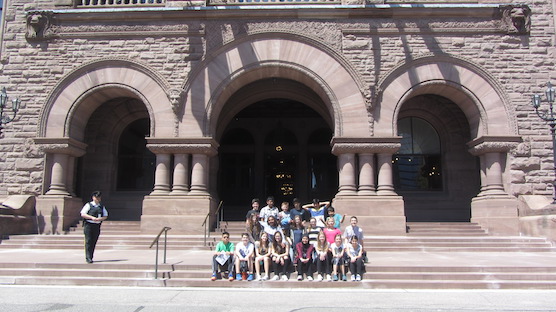 My page group in front of Queens Park

Incidentally, about a month after the vote was taken, Kathleen Wynne shuffled her cabinet, and MPP Michael Coteau replaced MPP Tracy MacCharles as Minister of Child and Youth Services. With Michael Coteau under the title, the changes were reversed and deemed as a major victory for Ontario. “The new program will provide all children, no matter how old they are with the level of intensity they require,” he said. Reflecting on this, Spencer acknowledged: “Every MPP in the House puts everything into caring for their constituents. Their main focus is to care for everyone, especially when it comes to constituents with disabilities like ASD. They want to make sure that their voters get what they believe is the best care possible”.

Though the story had a happy ending, by no means does it justify the choices that were made prior to the reversal. The Liberal party made mistakes throughout this calamity —as well as in many other instances— some that proved to be fatal in this past election, as the Liberals now no longer hold party status at Queen’s Park. Nonetheless, we as a province must analyze our mistakes in order to ensure they are not repeated. I hope that as the Liberal party attempts to rebuild in ridings across Ontario, we keep in mind that every politician, every party, makes decisions that may seem justifiable to them. We as voters must be able to understand that mistakes are inevitable, and hope that they are eventually solved, just as this one was.