It seems strange to think of an educational setting without some form of technology, especially as projectors and screens have become a staple in all types of classrooms. As we move up a few grades, and students get a little more freedom, we can imagine texts being sent from under the table, FitBits being fiddled with or earbuds and AirPods being stealthily used during class time. Fast forward into post-secondary, and lecture halls are overflowing with laptops and phones recording. Our traditional forms of learning are not quite a thing of the past, but our growing use of technology points to an evolving future in terms of administering education.

The history of technology in schools, particularly in Canada and the US, is indicative of an innovative past, present and future. Pencils began replacing chalkboards at the beginning of the 20th century, and the decades to come marked the introduction of the overhead projector, educational broadcasting through the radio, the widespread use of ballpoint pens and quick distribution of materials with the photocopier. In the 1940s and 50s, audiovisual learning began to be adapted into classrooms as televisions became more mainstream. The ever-loved Scantron was established in 1972, while affordable, programmable calculators were distributed in the late 70s and 80s.

As Canadian unemployment rates soared in the 1980s, computers were introduced into public schools when it became apparent that these devices were dominating the tech field and media education. In 1999, the first “Schoolnet” program was established, connecting 16,000 students to the Internet. Now, as of 2014, nearly every school in Ontario has access to computers and 80% of teachers report using computers in learning beginning in kindergarten. 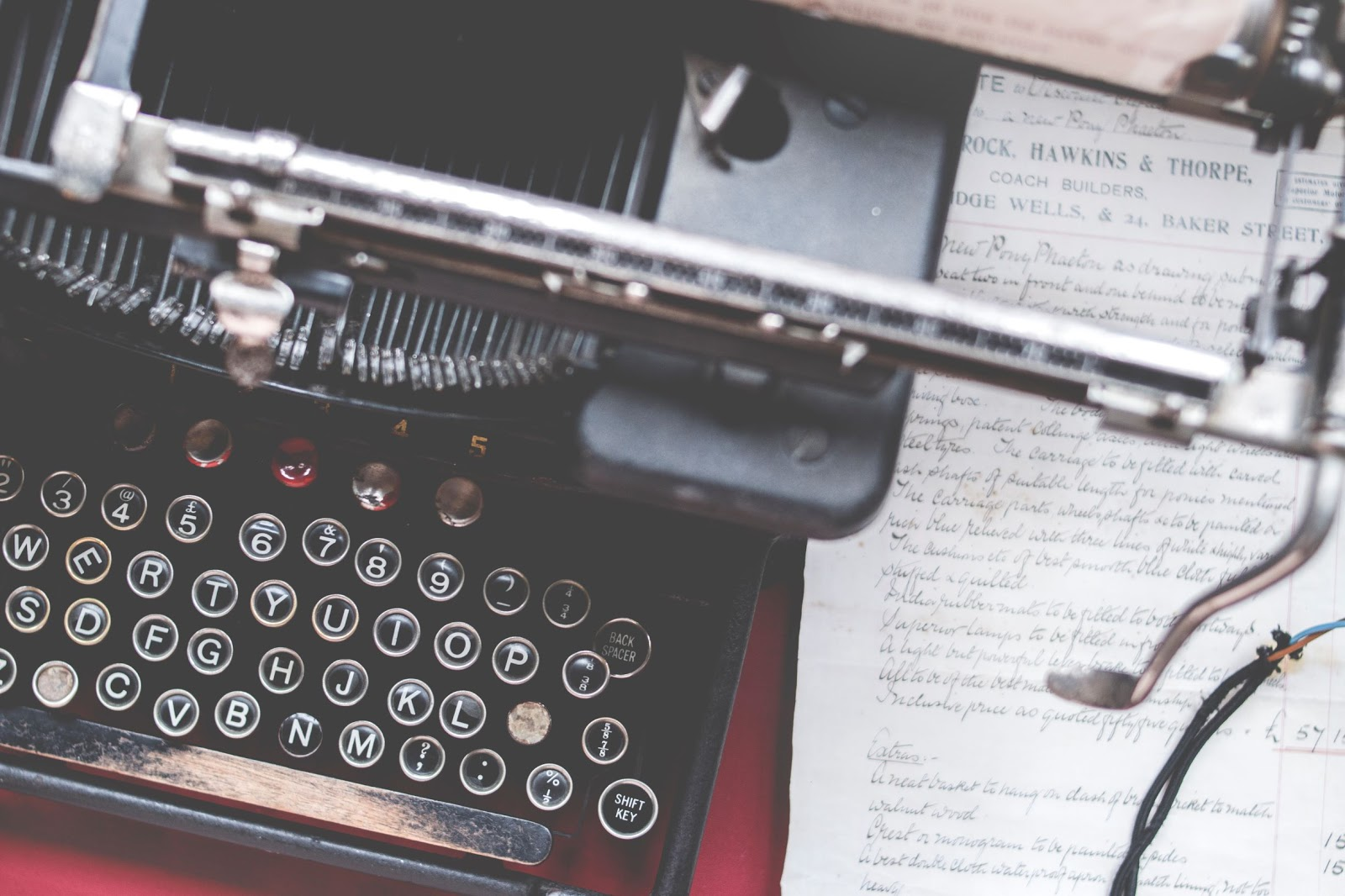 Today, teachers use a variety of technology for learning, compiling resources and communicating with students. They can provide educational websites and games that can be accessed even at home, communicate through email and apps like Remind and use online classrooms such as Google Classroom to deliver and organize content. In September 2010, the TDSB started the Laptop Initiative for the widespread distribution of mobile technology in classrooms and has since administered tens of thousands of laptops to schools.

More so in secondary schools, many students are also encouraged to bring their own electronic devices to class, allowing an easy way to access presentations, interactive tools and notes without the school having to provide for every student. In many post-secondary institutions, nearly all academic content can be accessed online, leading many to encourage the evolving concept of blended learning (learning both in-person and virtually).

The increasing use of technology in schools has definitely contributed to a more productive environment. By improving accessibility, reducing stress/tedious tasks and quickening connections to educators, many students are becoming more prepared for an innovative future. As well, adapting modern technology allows today’s students to learn material in ways they can understand and are accustomed to. In a survey by Microsoft Education in 2018, 86% of parents felt that tech in school was important for their childrens’ education, particularly coding and programming. In 2016, MediaSmarts found that 79% of Canadian teachers are very positive about the role of technology in classrooms, agreeing that it makes it easier for students to learn and for teachers to match students’ learning styles. 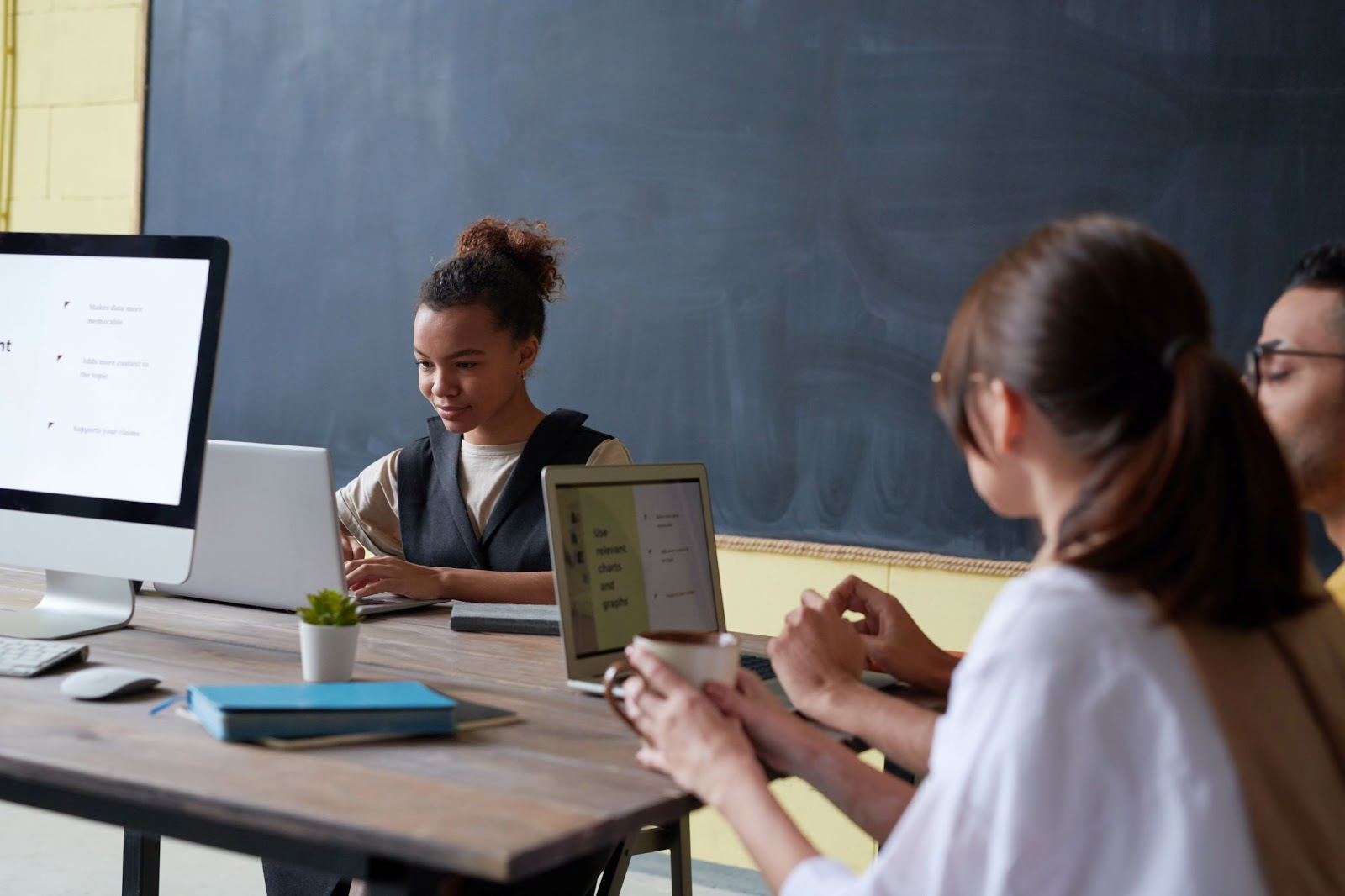 However, it does come with some drawbacks. A report by the Organization for Economic Co-operation and Development (OECD) in 2015 indicates that “intensive” computer use was associated with worse performance in school. Too much time on interactive devices like iPads can worsen irritability, stress and sleep cycles in children. Students can also be prone to distractions and unproductive learning with personal devices lying around, especially if they already face poor teaching.

Furthermore, the aforementioned study done by MediaSmarts found that a high percentage of teachers faced challenges regarding implementation of technology, such as lack of support and up-to-date software. In fact, a 2018 report by Bonnie Lysk, the Auditor General of Ontario, found that there were wide disparities in the IT resources available for Ontario schools. For example, the student-to-computer ratio varied from 1:1 in some schools to 8:1 in others. Many boards don’t have cybersecurity policies and aren’t providing training for teachers in terms of costly devices such as Smart Boards.

What comes next is not necessarily reducing the amount of technology that children are exposed to, but rather focusing on productive implementation that serves to facilitate learning. For example, the 2015 OECD report found that students performed better when devices were used to actually study content and practice the skills they’d learned in class. Teachers can try collaborative apps that enhance project-based learning, or encourage students to see their phones as a learning tool instead of just a social toy (for example, taking photos of nature while studying ecosystems). They can also administer online quizzes to revise content, or suggest games that help retain information in a fun, engaging way. Students can become creative with various media tools such as podcasts and videos for assignments, and learn about the educational use of social media.

Of course, none of this can be achieved before students and schools improve their access to technology, up-to-date software, training for teachers, and alternatives for students without an Internet connection. Teacher involvement is especially important as explicit instruction in technological use is key to improved student performance. 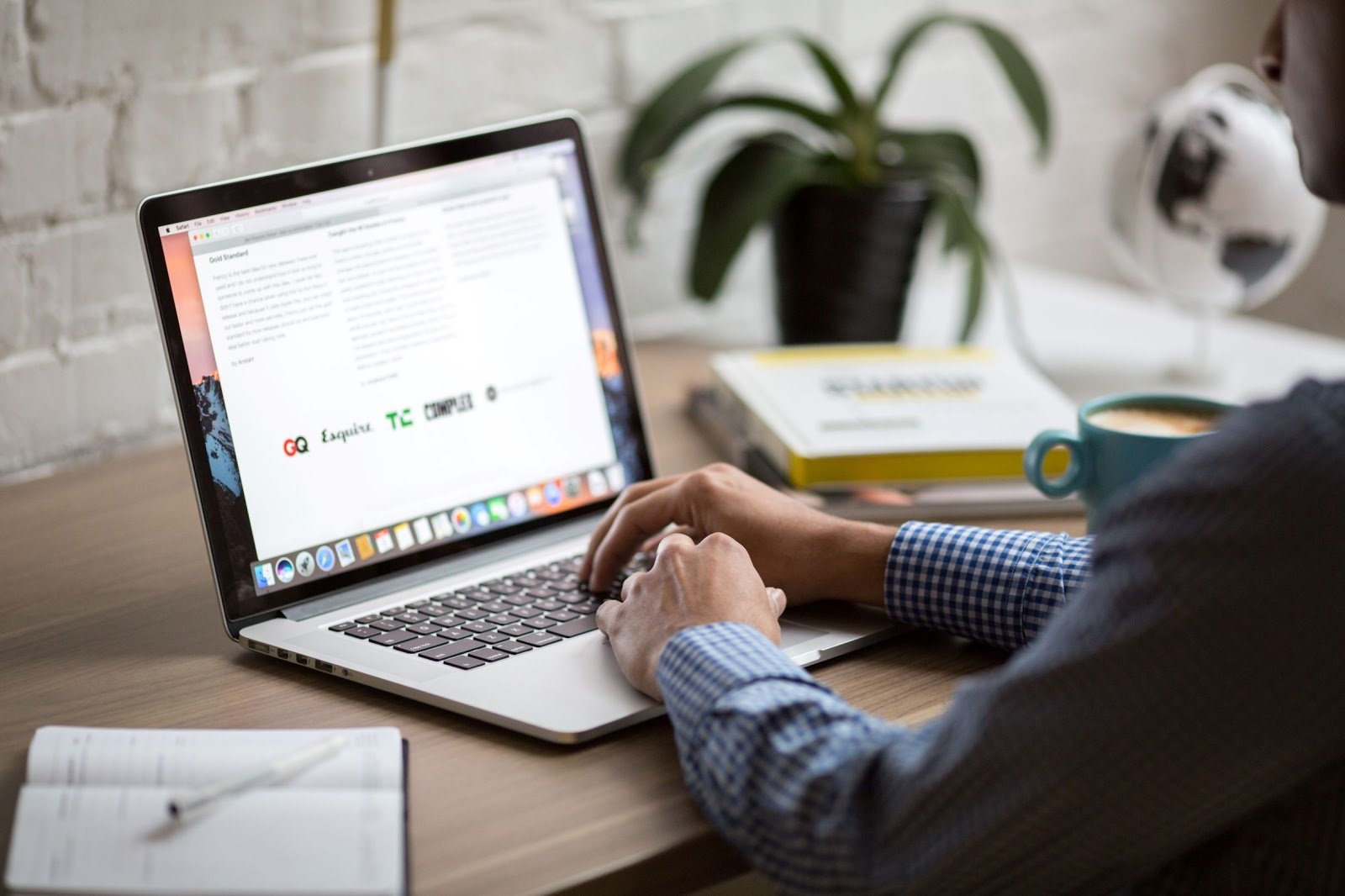 This conversation becomes especially important as we delve into online learning. For months now, students, parents, and teachers across the country have been adapting to this new environment where educational content is being delivered through the screen. This manifests in a variety of different ways, from online lessons, to “kitchen science experiments” or contacting a parent who has a child with special needs. The Ontario government also distributed multiple iPads and Chromebooks to help students connect to learning materials.

Still, many have faced multiple issues regarding this adjustment: poor Internet connection, distractions at home, no daycare, minimal guidance from provinces, parents having to take on the role of teacher and the ultimate acknowledgement that e-learning just cannot replace face-to-face instruction. For others, this opportunity has provided a learning experience and a chance to cultivate new learning styles. For example, Jenny Chung Mejia from Toronto created a spreadsheet of learning apps to keep her children more interested in learning and teach basic tech skills they need to succeed. Others advise parents to create assignments and projects based on children’s interests, and focusing on managing screen time. Even a Montréal teacher has been creating pop song parodies to engage students stuck at home. 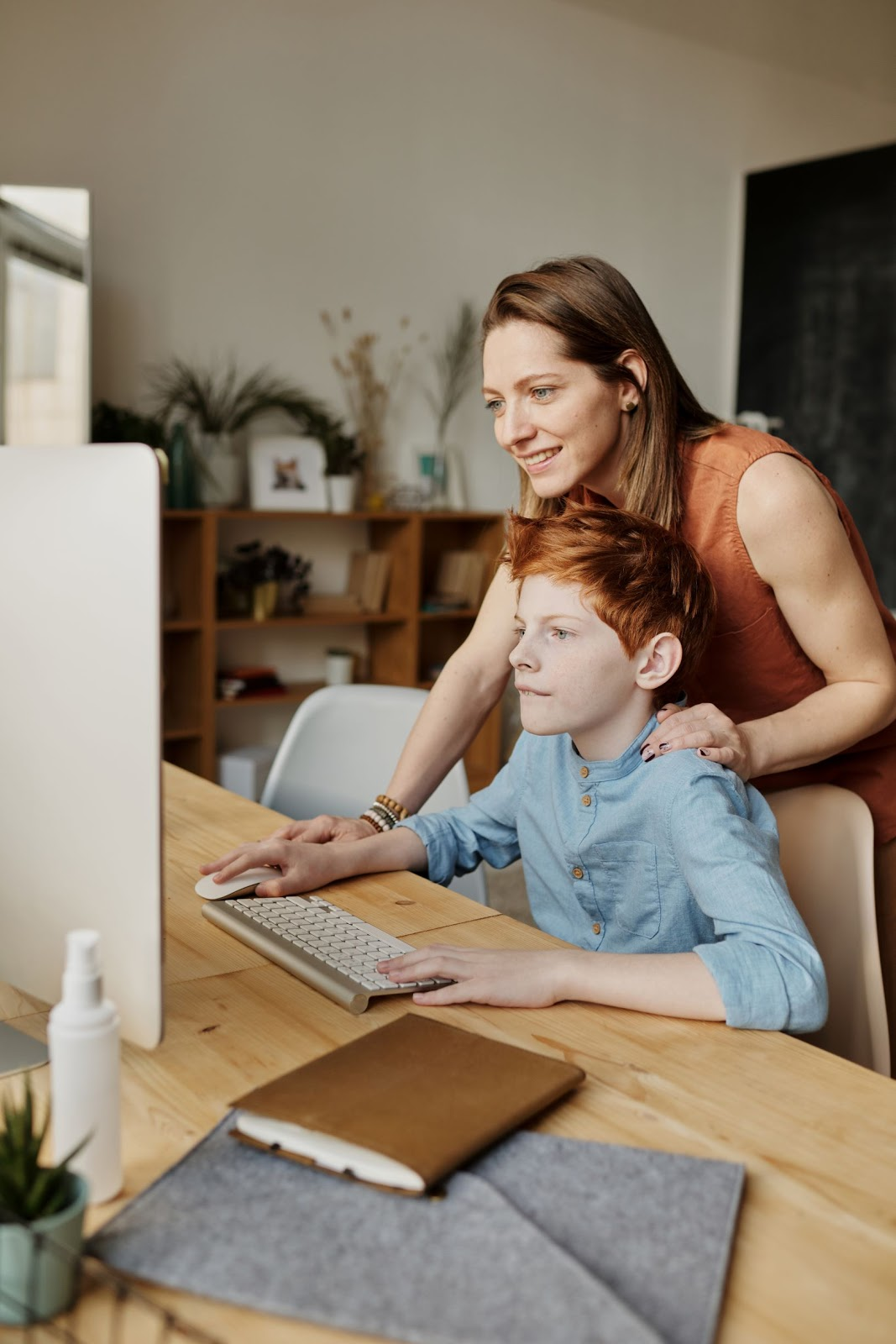 As the summer wears on, concerns over the new school year loom upon parents, students, and teachers alike. As of now, the Ontario government has declared full-time instruction for public elementary schools, and hybrid learning that combines both in-class and online modes of instruction for secondary schools starting September 2020. This, of course, has kickstarted conversations about costs, cutting classes (such as core French), and social distancing and sanitary measures. The reopening will also look different for other provinces, with individual reopening plans to be announced by school boards in early August. Hopefully, this will include equitable distribution of content and materials, and will give staff, students, and parents enough time to prepare for this “new normal”.

The role of technology in education is complex and disputed, and it’s clear that school boards need to make more detailed plans on the implementation of online/hybrid learning when the new school year begins. They must also factor in the new expectations in the Ontario math curriculum, which includes financial literacy and coding starting in Grade 1. The decision to drop such a major change during the pandemic is controversial, but however we move forward, we must do our best to facilitate good education.