I’ve always been fascinated with royal families. Whether it was the culture, relationships, power, drama or history, something about them drew me in. This might also explain why I enjoy the shows Game of Thrones and Reign so much. As I learned about the history of the “royal disease”, I couldn’t help but think: “This would be a great show or documentary to watch!”

The “royal disease”, also known as hemophilia, is a disorder that prevents the formation of blood clots. This can present a horrible problem because a lack of blood clots may lead to the loss of too much blood or blood getting into places it shouldn’t be. The royal disease is an X-linked recessive disorder, which means that the majority of the time, males are affected while females are carriers (able to pass on the disorder although they don’t show symptoms themselves).

The disorder earned the name of the “royal disease” because it affected much of the European royalty. Let’s start at the top: Queen Victoria of England. Since Queen Victoria’s parents had no family history of hemophilia, she was likely a carrier due to a spontaneous mutation. Out of her nine children, she passed her mutation onto her son, Prince Leopold (a hemophiliac), and to two of her daughters, Princess Alice and Princess Beatrice (who were carriers).

Queen Victoria with her husband and children (Image Source: Wikipedia)

Prince Leopold died from his condition after he had a minor fall, but not before passing his mutation to his only daughter, Princess Alice of Albany. Princess Alice was a carrier of the disease and through her marriage to Prince Alexander of Teck, the brother of Queen Mary, she gave birth to three children. Their son, Rupert Alexander George of Teck, was a hemophiliac who bled to death from a car accident. Their other children were not known to have the disease or be carriers.

Moving onto Queen Victoria’s two daughters, the mutation made its way to Spanish, German and Russian royal families.

Princess Alice of the United Kingdom married the Grand Duke Louis IV of Hesse and, as a result, introduced hemophilia into German and Russian royalty. They had six children together, one of which, Friedrich, suffered from hemophilia, while the two others, Irene and Alix, were carriers. At the age of three, Friedrich fell out of a window and died due to bleeding on his brain. Princess Irene married her first cousin, Prince Heinrich of Prussia, and passed her condition to two out of their three sons, Prince Waldemar and Prince Heinrich. Princess Alix married Tsar Nicholas II instead of her first cousin, Prince Albert Victor, which would have reintroduced hemophilia to the direct line of succession in Britain. They had four daughters, one of which was a carrier, and a son. Alexis/Alexei, their only son and heir to the Russian throne, was a hemophiliac.

After the execution of the Romanov family, their remains were transported into two graves. The smaller of the two graves, discovered sixteen years after the larger mass grave, contained the two missing children of the Romanov family. Using DNA analysis, the remains of Alexei and one of his sisters (either Maria or Anastasia) were identified. By analyzing their bones, the presence of the F9 mutation confirmed that Alexei was a hemophiliac and that his sister and mother were carriers. 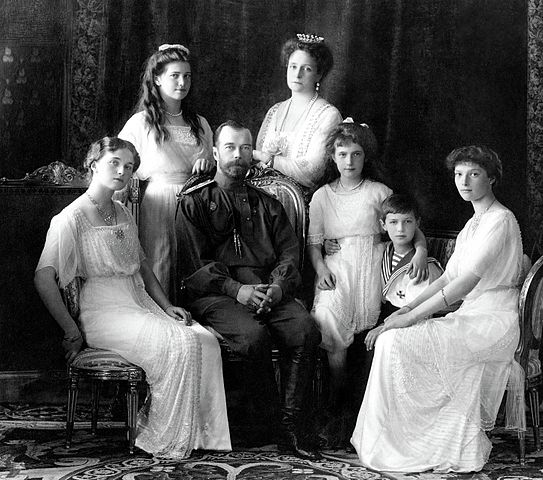 Princess Beatrice married Prince Henry of Battenberg and introduced hemophilia into Spanish and German royalty. At least two or three of her four children inherited the hemophilia gene: Prince Leopold, Prince Maurice and Princess Victoria. The two princes passed away and neither had any children. As a carrier, Princess Victoria, through her marriage to King Alfonso XIII, passed her condition to Infante (translated as ‘prince’) Alfonso of Spain and Infante Gonzalo. Both died in separate car crashes from fatal internal bleeding. Princess Victoria’s daughters, Infanta (translated as ‘princess’) Beatriz and Infanta Maria Cristina of Spain, have no descendants with hemophilia.

To recap Princess Beatrice’s history with hemophilia: like her sister, she also passed the mutation directly into the royal German line and through one of her daughters, affected Spanish royalty.

Despite the extensive history of hemophilia throughout Europe’s royal families, no living descendant of the reigning dynasties is known to have the disease or be a carrier for it. That being said, there is a small possibility that the disorder could reappear in the Spanish line of Princess Beatrice.

If that were to happen, descendants of the royal lines would have a better chance of survival than they did in the 1800s and 1900s. Decades of research has led to the discovery of proteins that could correct problems with blood clotting. These clotting factors have been genetically engineered for medication and their use allows hemophiliacs to live long and healthy lives.

The interesting history of how the royal disease plagued European royalty is just one of many heritable disorders that affect all of us. But thanks to modern genetics and medicine, we can better prepare ourselves for how to deal with and treat illnesses. In this way, we hope to avoid the same fate as some of these royal members.