Indeed, complaining about my age as an impressionable 20-year-old may seem like a strange concept to you, but to me, it’s a reality.

Most of my peers – the people I can identify though don’t associate with – are a collection of undergraduate students with an idea for their set-in-stone future, constant in their stories of excitement. They write about spending summers in England, jumping off the biggest cliff in South America, all while I nod my head, trying to pretend I’m interested as I think about the next show I’m going to binge-watch on Netflix when I arrive home and succumb to the comfiness of my couch.

It’s not that I’m boring, or have a minimum sense of adventure, but as a 20-year-old who commutes to a university over an hour away, works two jobs, and writes for two publishing platforms, I tend to get tired.

It’s crazy, I know, and I can almost hear your inflicted gasps as you read that sentence. “A young person is tired?” you’re thinking. “Try being me. Try having kids and bills and a ‘real’ job.”

I’ve heard it before, and I’ve been told it gets a lot worse and a lot harder, but the truth is, my exhaustion doesn’t last very long. It doesn’t last the 18 years that mothers experience when they’re raising a kid or the various months spent planning an upcoming wedding. It lasts a couple minutes, maybe only seconds, because as soon as I turn on that radio, switch it onto that important song with the important beat, everything else fades away.

The song that is my muse, my go-to, is Bohemian Rhapsody – otherwise known as the ultimate tune that puts any human being within a five-mile radius into a win-it-all type of mood. It goes slow, then fast, before transforming into a speed that you’re not exactly able to dance to but you head bob to anyway. I’m not someone who is gifted with a good voice, but when this song plays, I start to sing so loud it turns into a scream. Whether it’s therapeutic, or I’m just crazy, I know one thing is for sure – carpool karaoke isn’t just a recent phenomenon discovered by James Corden, it’s a spiritual experience.

“Some of life’s greatest memories involve unashamedly singing your favourite song at the top of your lungs with your best friends while sitting in traffic,” writes John Haltiwanger, an author for Elite Daily. “Who cares if people can see and hear you? Your jam just came on! Not singing is not an option.”

This movement, in what I like to identify as “The Karaoke Cure”, is a form of medicine that is absorbed through loud music and singing to songs with your friends or on your own. It requires a car, a radio or iPod, and a little something called “emotions.”

“As music can absorb our attention, it acts as a distraction at the same time it helps to explore emotions,” Jane Collingwood writes on Psych Central. “This means it can be a great aid to meditation, helping to prevent the mind wandering.”

In recent months, carpool karaoke has received extensive exposure on the Internet through British comedian James Corden. Corden, who is the host for his talk show The Late Late Show With James Corden, has turned carpool karaoke into a worldwide sensation. Presented through a collection of skits, the clips begin with Corden driving a car, as he picks up celebrities and sings songs with them on the radio.

He’s driven with Adele, Justin Bieber, Bruno Mars, encouraging them – and other established pop stars – to blast lyrics on international television without the care of the sound of their voice. It’s fun for them to do and for us to watch, while also allowing those involved to let loose and enjoy the rare sentiment of not caring what anybody else thinks. 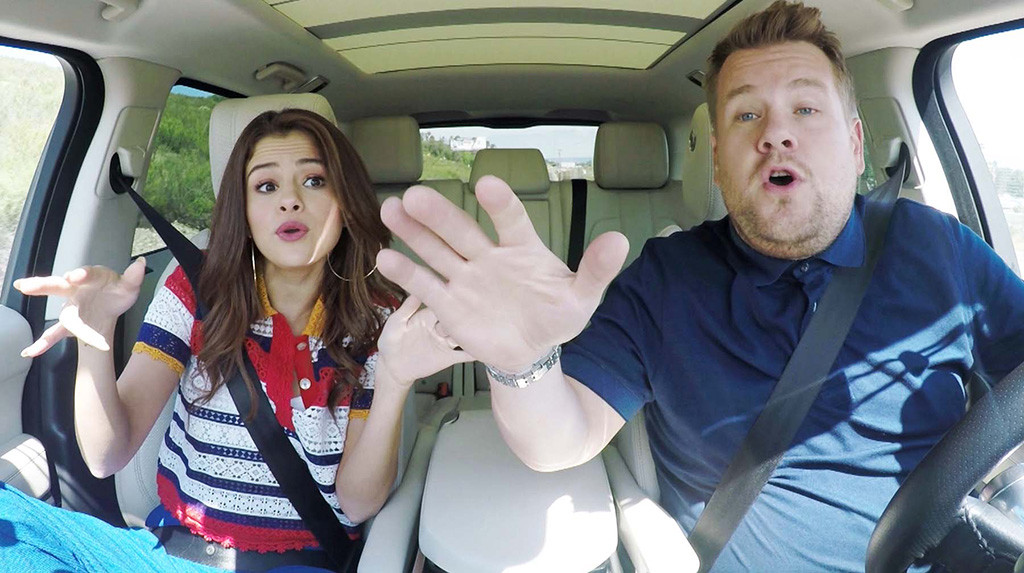 “Singing (or shouting) along can also be a great release of tension, and karaoke is very enjoyable for some extroverts!” continues Collingwood. “Calming music before bedtime promotes peace and relaxation and helps to induce sleep.”

But sleep and relaxation don’t always have to be the case. In May of last year, after spending my first year at university in a different building in a different city, I came home to a life I left behind, to friends I hadn’t seen in months and family members I only saw a couple times throughout the year.

The first week I was home, my two friends from high school decided to pick me up. We were different from the rest; we didn’t always enjoy the rap music our current culture is currently obsessed with, and I put on Bohemian Rhapsody in the car, almost expecting them to change it.

But they didn’t, and we sang the full six minutes without breaking to talk or laugh. Our only rest the couple seconds it took to catch our breath and keep going. In that moment I felt like I was home, a high school kid who wasn’t tired or changing.

So if you’re ever down, or feel as though the day is against you, then get in your car, roll down the windows – unless you’re in Canada in the middle of January like me, but you get the gist – and put on that song that makes you want to shout. Trust me, you’ll find the youth in it.